Bohemian Switzerland National Park is a forested region located in the North Bohemia region of Czechia that features numerous massifs, rivers, and caves. The park is also home to the largest natural sandstone arch in all of Europe. There are 598 named mountains in the park. The tallest and most prominent is Růžovský vrch at 619 m (2,031 ft) in elevation with 328 m (1,076 ft) of prominence. 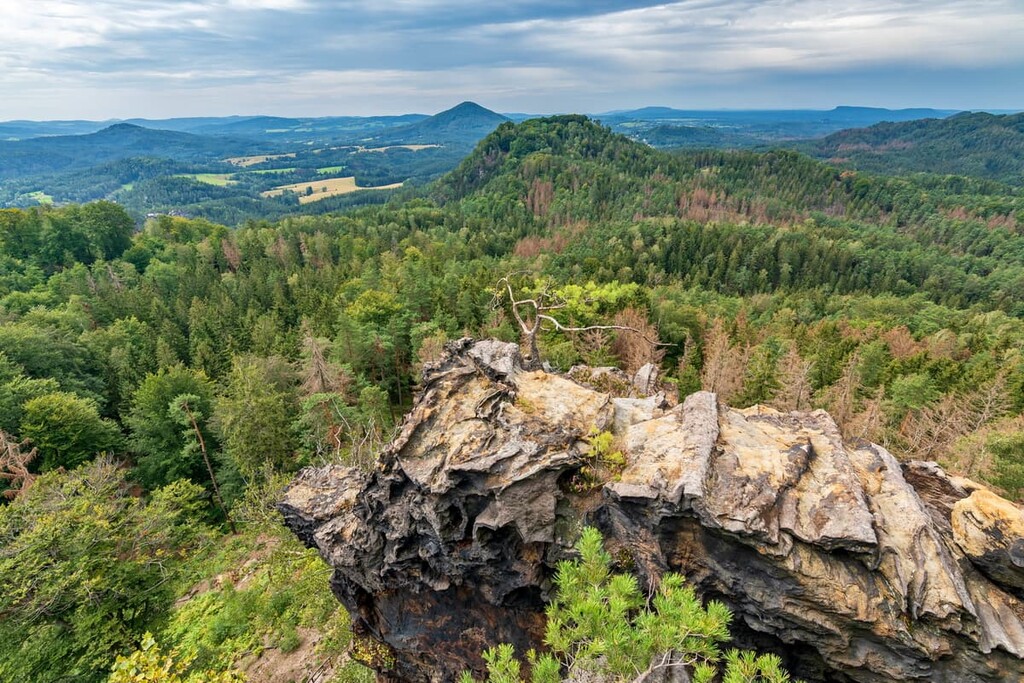 Bohemian Switzerland National Park is situated in the Northwest of the Czech Republic in the Ústecký kraj region. Though the park only spans 80 sq. km (31 sq. miles) it is full of breathtaking and diverse landscapes.

Dense forests cover much of the rolling hills that define the park. Yet, one of the most distinct features of the park is its towering sandstone formations. Additionally, deep ravines are scattered throughout the region, often hidden by the dense forests.

Besides the natural beauty of the park, Bohemian Switzerland National Park is full of ruins showcasing the history of past civilizations.

The sandstone pillars, canyons, and arches found throughout the park showcase the geological history of the region. Once part of the seafloor, the sandstone formed as a result of millions of years of sediment deposits. These deposits were carried by rivers and other bodies of water into a Cretaceous period sea.

Once the Cretaceous period sea had retreated, millions of years of erosion carved away the once-solid formation of sandstone. The Elbe River carved out much of the landscape that we see today.

Eventually, the region’s Lusatian granodiorite was thrust up and over the sandstone slab. The Lusatian Fault pushed it back down until it fractured.

The southern edge of the Elbe Sandstone Mountains was further uplifted by the Karsdorf Fault. This uplift changed the gradient of the Elbe river. The increased force from the river carved out the sandstone even further as the riverbed continued to widen.

One of the unique features of the park is that the traditional climate zones are turned upside down in the region. Lower elevations are cooler, especially in the canyons, while higher elevations are warmer and allow more flora and fauna to thrive.

The rolling hills of the park are covered with old growth forests, though many sections have been destroyed by continual human activity. The moist landscape creates an ideal habitat for ferns, mosses, and fungi, especially near the park’s water sources.

Despite its relatively small size, the park is home to a variety of unique animal species. Four endemic species of worms have been found in the park boundaries along with many rare insects.

The skies of the park are inhabited by black storks and peregrine falcons, which can often be seen by tourists. Though lynx inhabit the forested region of the park, their elusive nature makes spotting one quite rare. Other common species include red deer and wild boar.

The land became more heavily developed during the twelfth century. Germanic speakers lived throughout the area and built numerous large castles, many of which still have ruins present to this day. These fortresses helped guard the trade routes that traditionally passed through the region’s forested hills.

Though these castles are now abandoned, they were also used as robber baron hideouts by wealthy landowners. The German Bohemians lived in the region until after World War II.

The idea for the park began back in the eighteenth century as a way to extend Saxon Switzerland in Germany. The first recorded recreation climb in the region took place in 1888. Since then, the region has been a popular destination for rock climbers.

Bohemian Switzerland National Park is home to numerous trails for hiking and biking. Here are some of the most popular trails and regions in the park:

Růžovský vrch is the tallest and best-known peak in the park. The mountain has three hiking trails that lead to the summit, ranging from 3.3 to 4.5 km (2 to 2.8 mi) in length.

All three trails offer gradual ascents with views of the surrounding forest below. The trail leading up the cone-shaped peak is home to numerous animals, as well as some of the park’s hundreds of species of butterflies.

The trail up to Belvedér Terrace is one of the most well-known trails and viewpoints in Bohemian Switzerland National Park. Leading up to the terrace, hikers walk through the forest while honeycomb sandstone can be seen along the way.

The terrace overlooks the Elbe Canyon as well as the Dolsky Mlyn Mill, which dates back to the fifteenth century. Near this hike also lies Tisa Rocks. A steep network of ladders leads to the ruins of another castle from the fourteenth century.

Another popular attraction in the park is the Kamenice riverbank and the Kamnitz Gorge. The deep and rocky ravine showcases the sandstone gorge. As well as a highly accessible path for visitors to enjoy, boat rides are available for hire on the river.

Looking for a place to stay near the Bohemian Switzerland National Park? Here are some of the best cities and villages to check out in the region:

Just southwest of the park boundaries lies the city of Děčín. The city dates back to 993 CE and has a population around 48,000. Besides its close proximity to the park, the city is also home to Děčín castle which overlooks the Elbe river.

The old town bridge, sheep bridge, and the synagogue are other popular destinations within the city limits. Some of the best preserved buildings in Děčín are at higher elevations, having escaped major damage during the war.

Dresden, Germany is located just an hour drive northwest of Děčín. The historic city has an urban population of around 555,000 and a metro population of 1.3 million people. After the city of Hamburg, Dresden is the second largest city along the Elbe River.

Dresden is home to over 30 museums as well as a thriving music scene. The city is one of the most northerly wine growing communities in the world with traditions dating back nearly 800 years. The city’s architecture alone attracts thousands of tourists to the region each year. 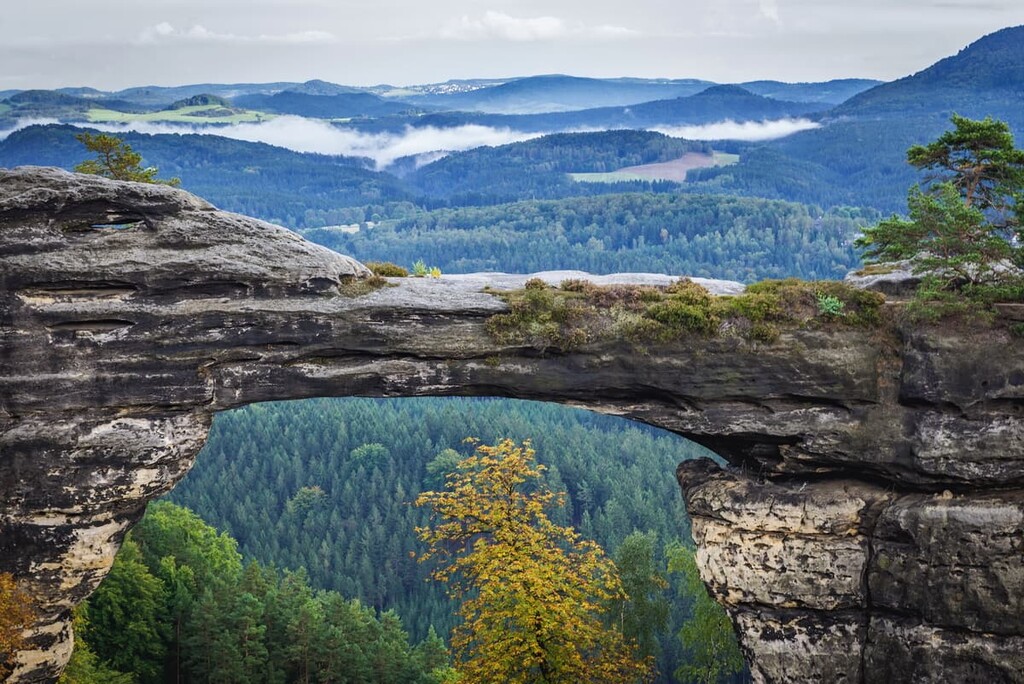 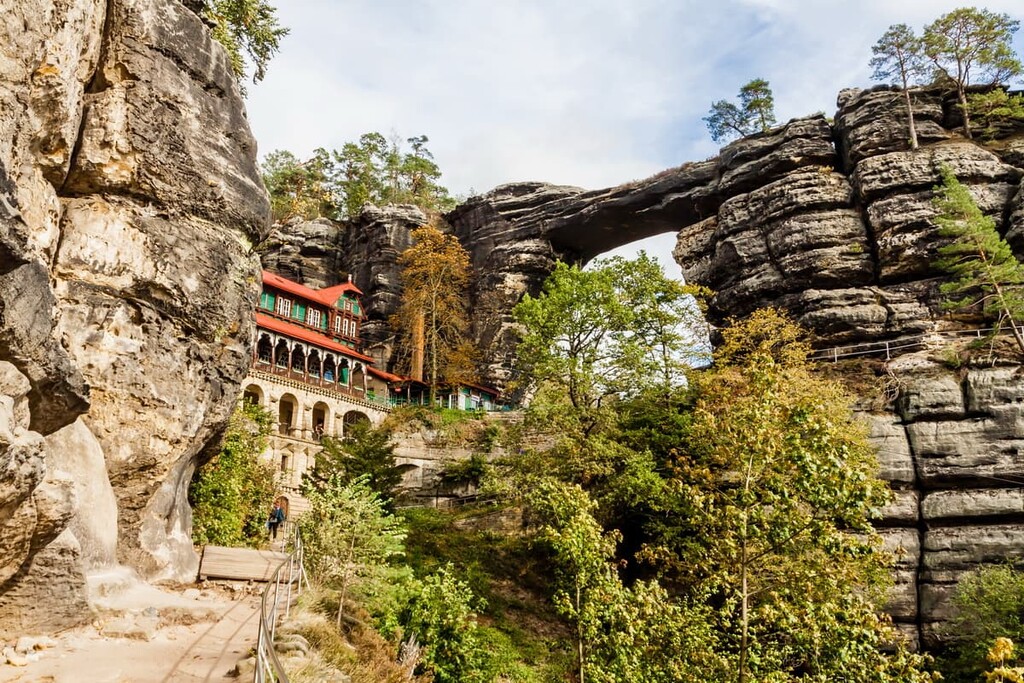 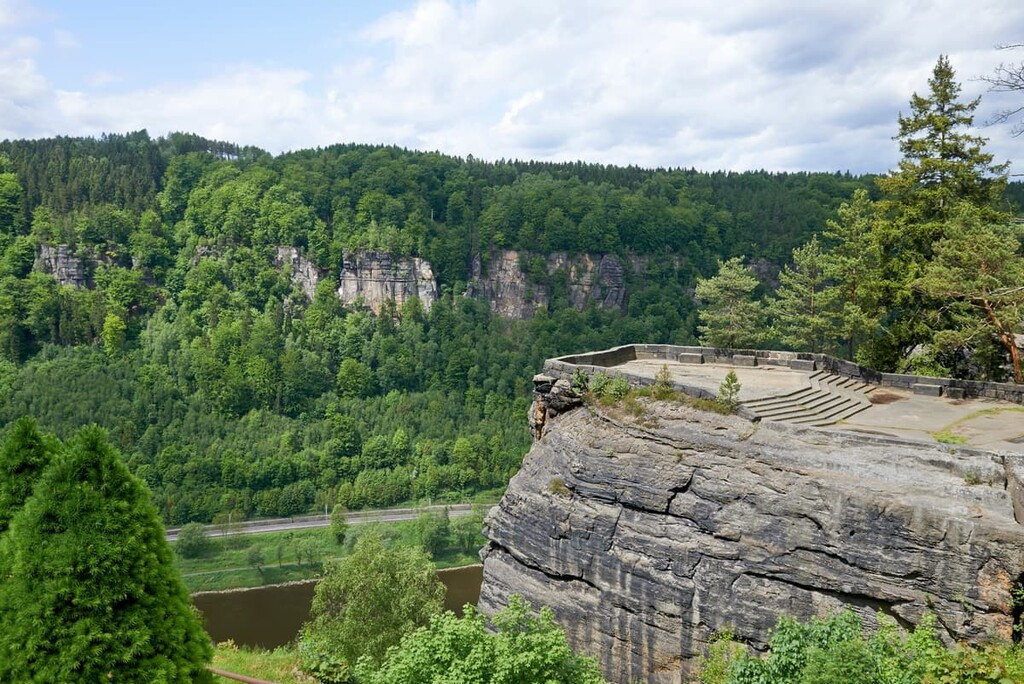 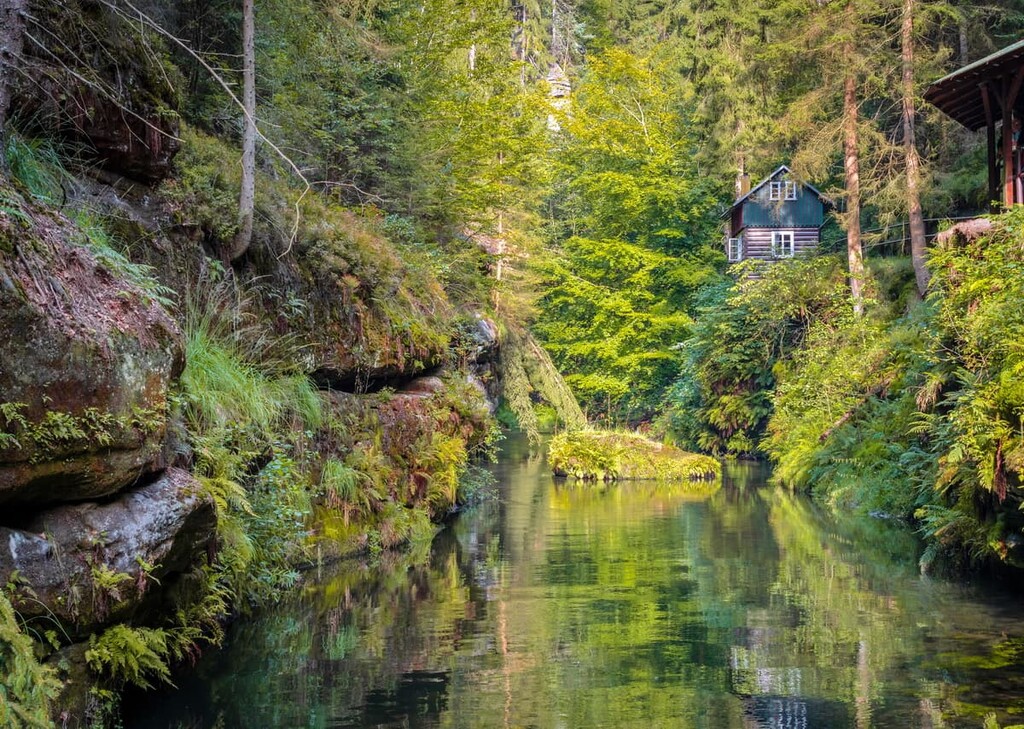 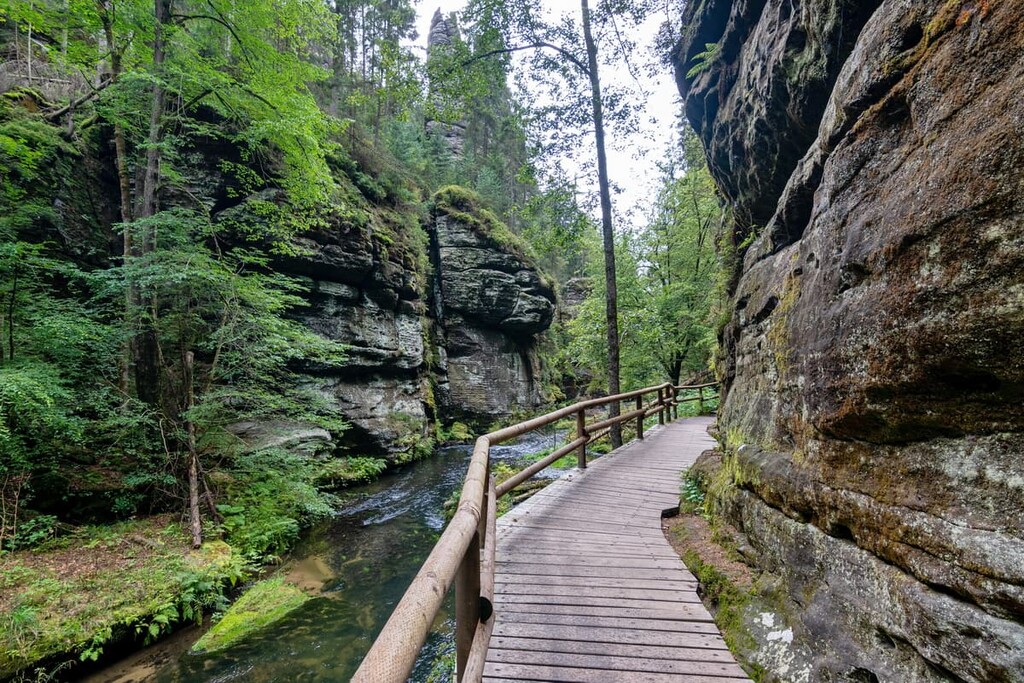 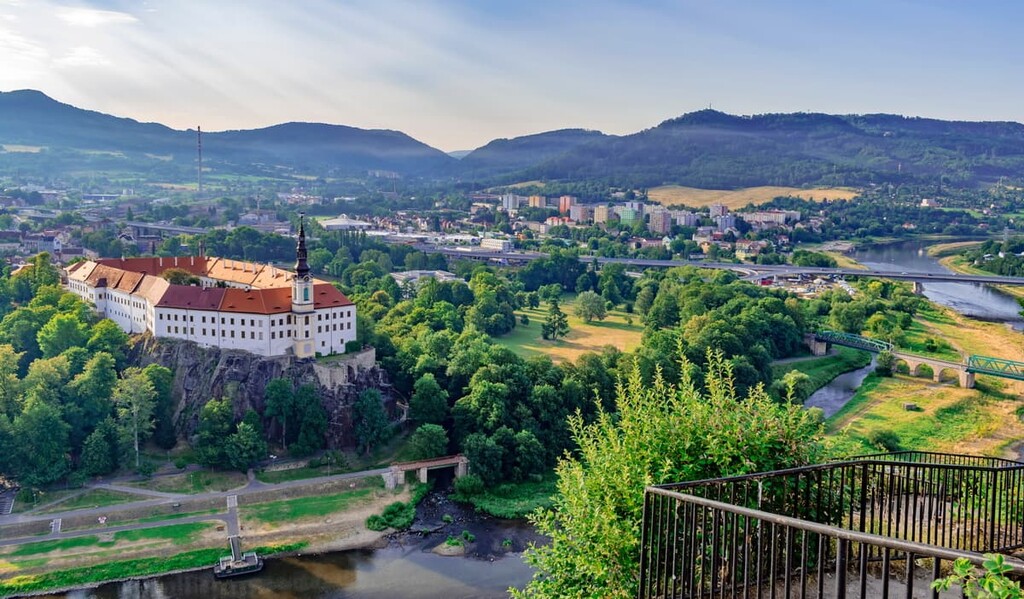 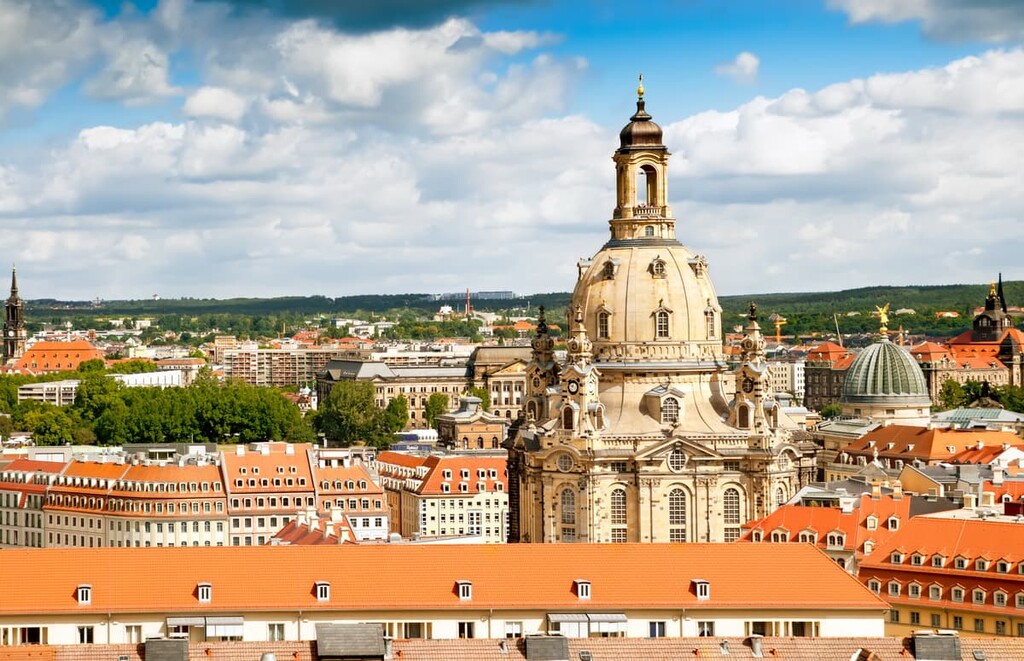