Krkonoše National Park is a mountainous protected area that’s located in the northern part of the Czech Republic along the country’s border with Poland. The park is also home to the tallest peak within the entire country. There are 144 named mountains in the park with the tallest and most prominent being Śnieżka (Sněžka). The peak has an elevation of 1,603 m (5,259 ft) and a prominence of 1188 m (3,898 ft). 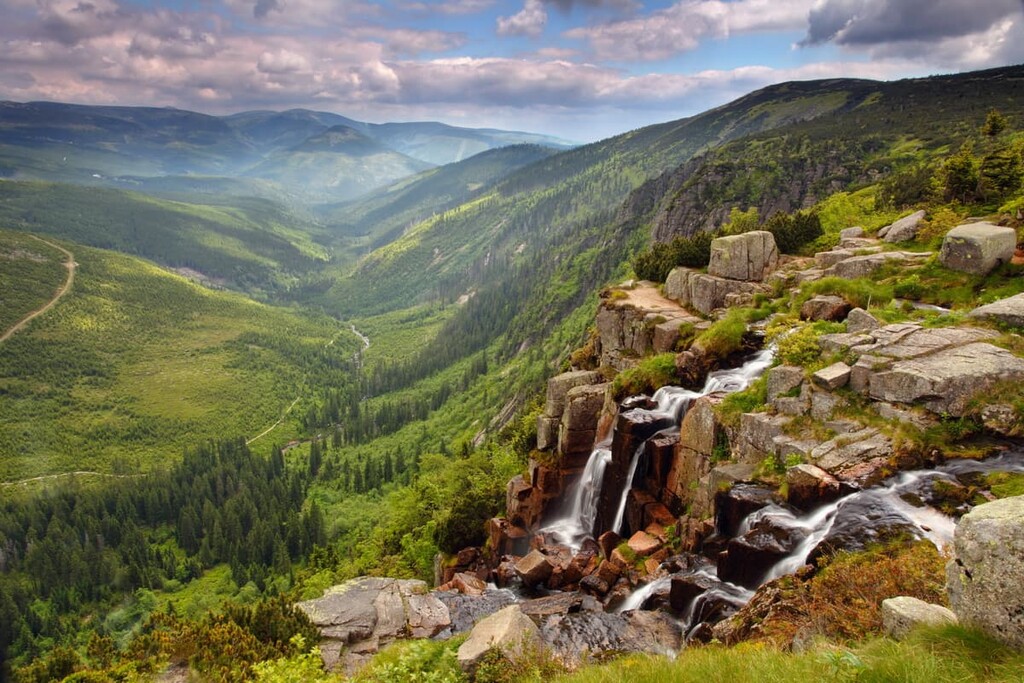 Krkonoše National Park (Krkonošský národní park) is situated along the northern border of the Czech Republic. The park spans 550 sq. km (212 sq. mi) of land near Czechia’s border with Poland.

The park is a continuation of Karkonosze National Park, which is located to the north in the Lower Silesian Voivodeship of Poland. Together the two parks cover much of the Karkonosze Mountains. The rugged peaks in the park mark the highest mountain range in the Czech Republic.

The Karkonosze Mountains extend through the northern edge of the park while elevations decrease to the south. The peaks are met with alpine meadows, rolling foothills, and flat ridgelines. A majority of the foothills are forested while the meadows are home to fields of wildflowers.

Elevations in the park rise steeply from the foothills up into the mountains. Snowmelt from this area feeds the many rivers and streams that run throughout the rest of the country. Krkonoše National Park is also home to numerous waterfalls, including the tallest waterfall in the country (Pancava Falls).

Within the park lies the headwaters for the Elbe River. The river travels southward through the mountains of the park before heading northwest into Germany.

Krkonoše National Park is located near other parks in the region. Karkonosze National Park lies directly north, CHKO Český ráj to the southwest, and CHKO České středohoří to the west.

The Krkonoše Mountains that run through the park are also known as the Karkonosze Mountains and Giant Mountains.

The Krkonoše range spans across the 36 km (22 miles) length of the park and is part of the larger Sudetes range. The entire Sudetes range started forming around 300 million years ago.

The Variscan tectonic movements began the upward thrust of the peaks. This uplift was then followed by millions of years of erosion. During the Pleistocene, much of the region was covered by massive ice sheets that slowly retreated. Remnants of this glaciation can be found in the glacial cirques and periglacial landforms present today.

The forested landscapes of Krkonoše National Park are similar to the forested areas found in other parts of Central Europe. These forested regions are dominated by montane spruce and other similar tree species.

Due to vast amounts of logging that has occurred in this region over millennia, the number of old-growth hardwoods in the area has diminished greatly. Nevertheless, various grasses can be found throughout the region, especially above the treeline. The park is home to over 250 species of lichen along with nearly 1000 species of fungi.

Many of the region’s native wildlife have become extinct in the region, such as the Eurasian brown bear, wolves, lynx, and ground squirrels. Today otters, foxes, roe deer, and red deer are the primary inhabitants of the region.

Numerous species of beetles, spiders, and dragonflies also live within the park’s boundaries. Common flying animals include over a dozen species of bats along with pygmy owls, boreal owls, and alpine accentor.

The mountains within both Krkonoše National Park and Karkonosze National Park weren’t populated until around 1000 CE. However the populations began to rise around the twelfth and thirteenth centuries.

Slavonic and German settlers established small communities on either side of the range in the fertile foothills. Land along the Elbe River provided fresh water for these farming communities.

The peaks of the park began being heavily explored during the fourteenth and fifteenth centuries. During this time the local communities began establishing mines as precious metals were found in the foothills and mountains.

Around the same time, large amounts of the region’s old-growth forests were logged. The discovery of precious metals attracted more people to the area and settlements slowly turned into thriving cities.

In an effort to try and preserve the biodiversity within the region, Krokonoše National Park was established in 1963. However, research has been conducted in the park since the seventeenth century due to the region’s unique landscape.

Krkonoše National Park is home to numerous trails for hiking and backpacking. Here are some of the most popular trails in the park:

The route to the top of the peak totals (8 miles) with (2,913 ft) of elevation gain. From the summit, hikers have panoramic views of the two adjoining parks, and the many rolling foothills and deep river valleys that dominate the surrounding landscape.

The Jizerské hory a hřeben Krkonoš is a point to point trail that’s some 80.5 km (50 mi) in length with 3,219 m (10,561 ft) of elevation gain. Starting near the eastern edge of the park, the trail climbs up to the summit of Sněžka.

Once at the highest point in the park, the route travels northwest on the ridgeline along the border between the Czech Republic and Poland. The route ends in the small town of Hejnice, which lies northeast of Liberec.

The Pec pod Sněžkou, Sněžka, Růžohorky trail is a loop hike located in the eastern region of the park. The trail climbs steadily before reaching the summit of Sněžka, offering a different approach from the main route. The trail then travels along the ridgeline before descending a steep trail.

Looking for a place to stay near Krkonoše National Park? Here are some of the best cities and villages to check out in the region:

Situated along the eastern edge of the park lies the city of Trutnov. The city has a population of around 30,000 people and it was established during the twelfth century.

Situated along the Úpa River, the city provides easy access to Krkonoše National Park as well as the tallest peak in the park. The Trutnov Open Air Music Festival and the Obscene Extreme are hosted in the city each year. Popular sites include Fort Stachelberg along with Krakonosovo Namesti.

To the west of the park lies Liberec, a city situated within the Jizera Mountains. With a population of just over 102,000 people, Liberec is the fifth most populous city in the Czech Republic.

Liberec is home to the North Bohemian Museum which showcases the natural history of both the region and country as a whole. Other sites include Libretto Castle, Ještĕd Castle and Liberec Town Hall. Direct trains can take visitors from Prague to Liberec with the journey taking just over an hour. 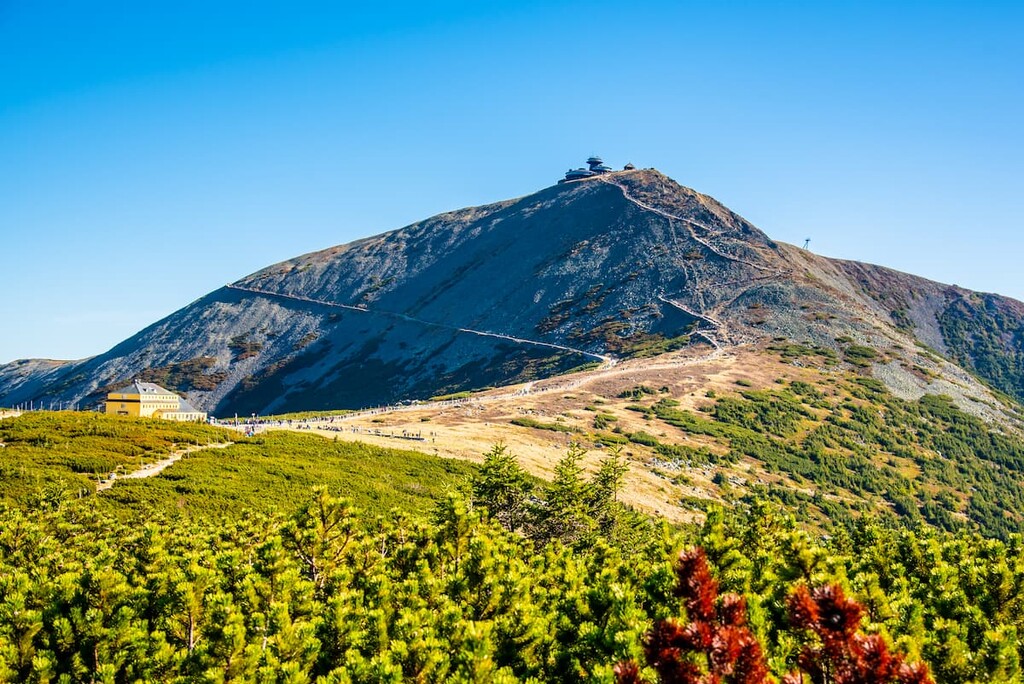 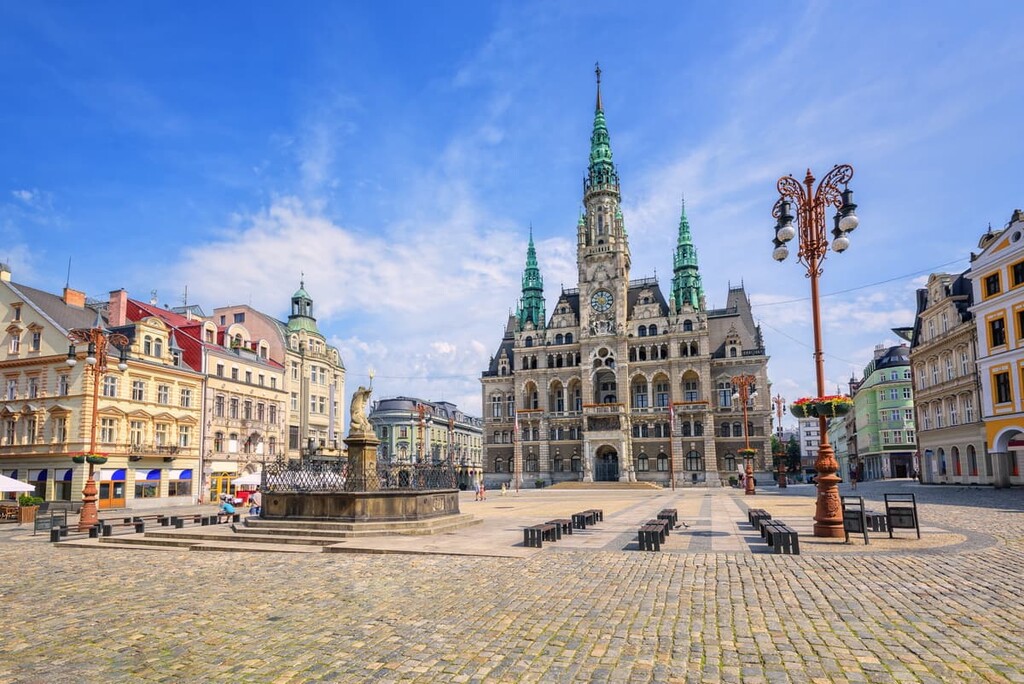 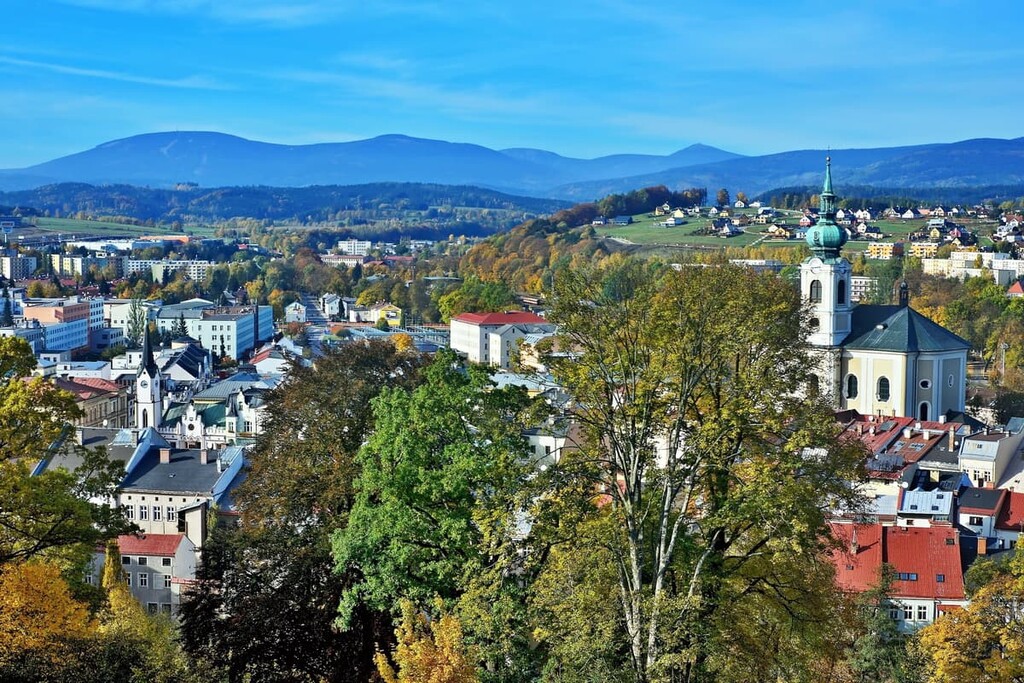 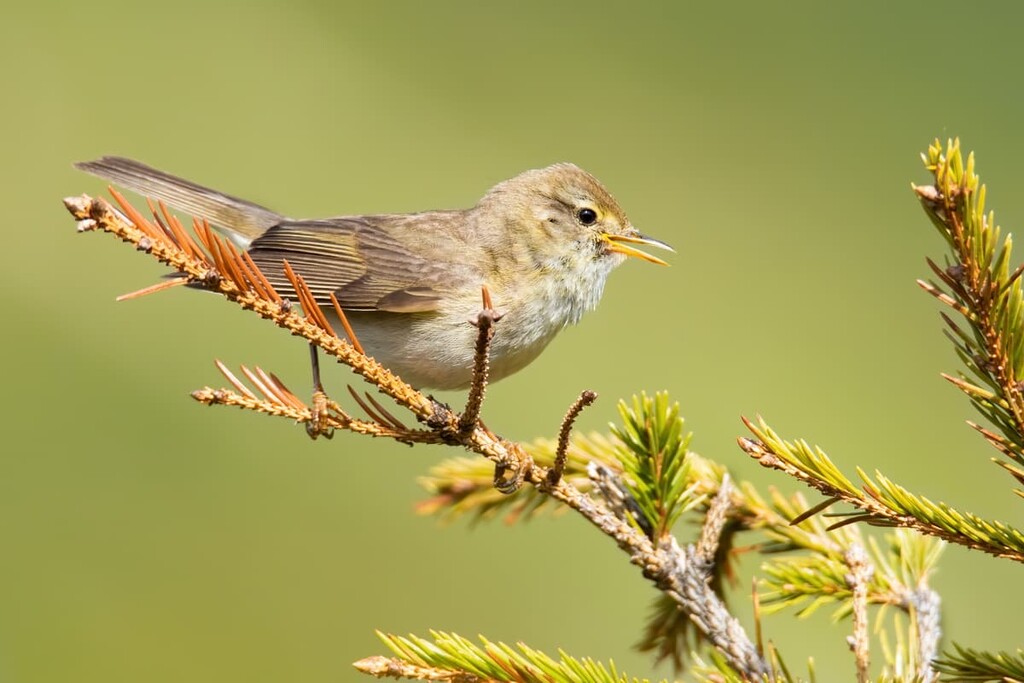 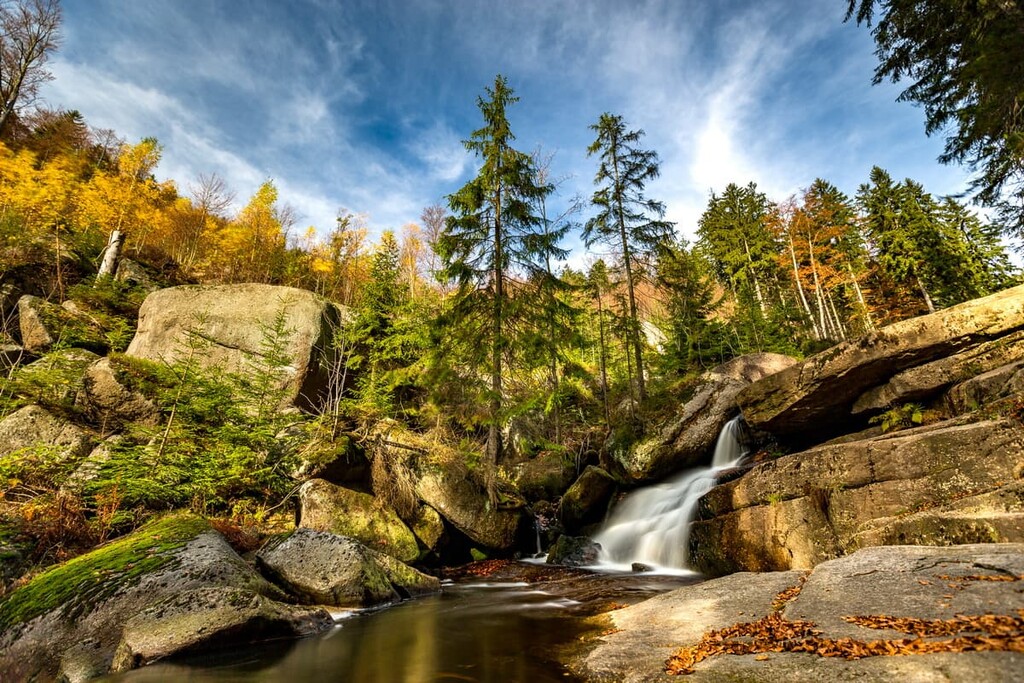 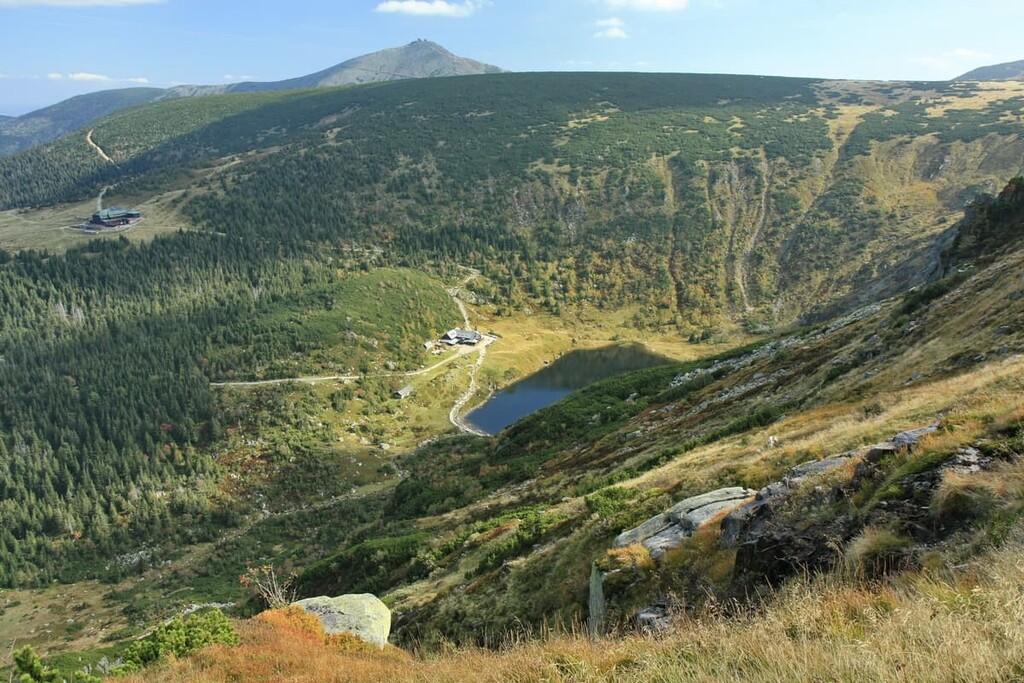 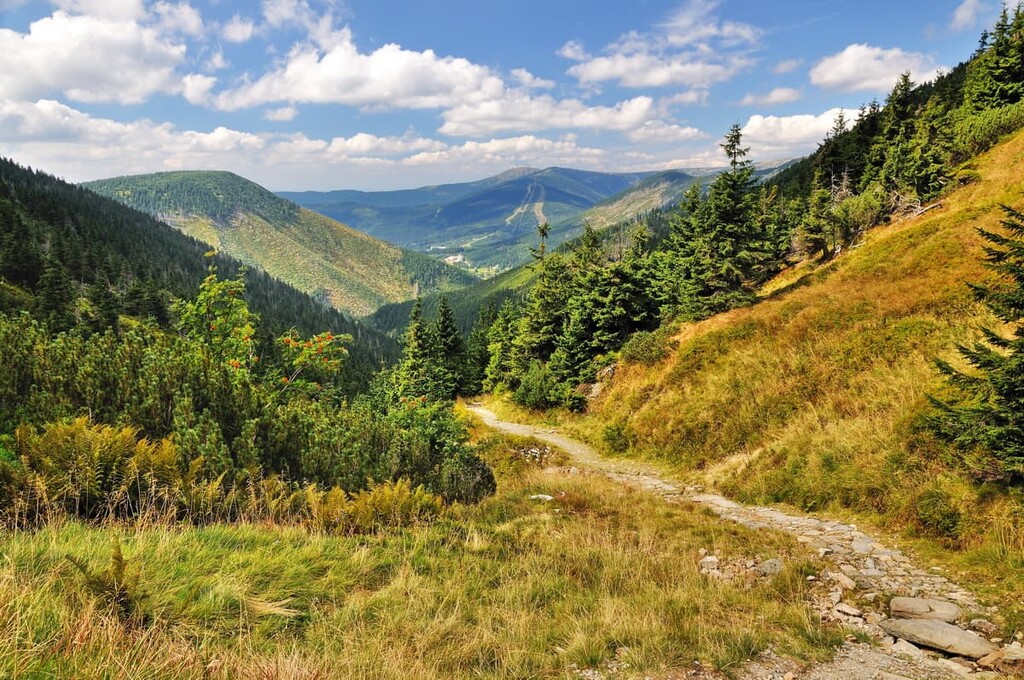