Nestled along the country’s border with Andorra and France, Spain’s Alt Pirineu Natural Park is a stunning outdoor recreation destination known for its rugged mountainscapes. The park contains 354 named mountains, the highest and the most prominent of which is Pica d'Estats at 3,143 m (10,312 ft) with 1,275 m (4,183 ft) prominence. 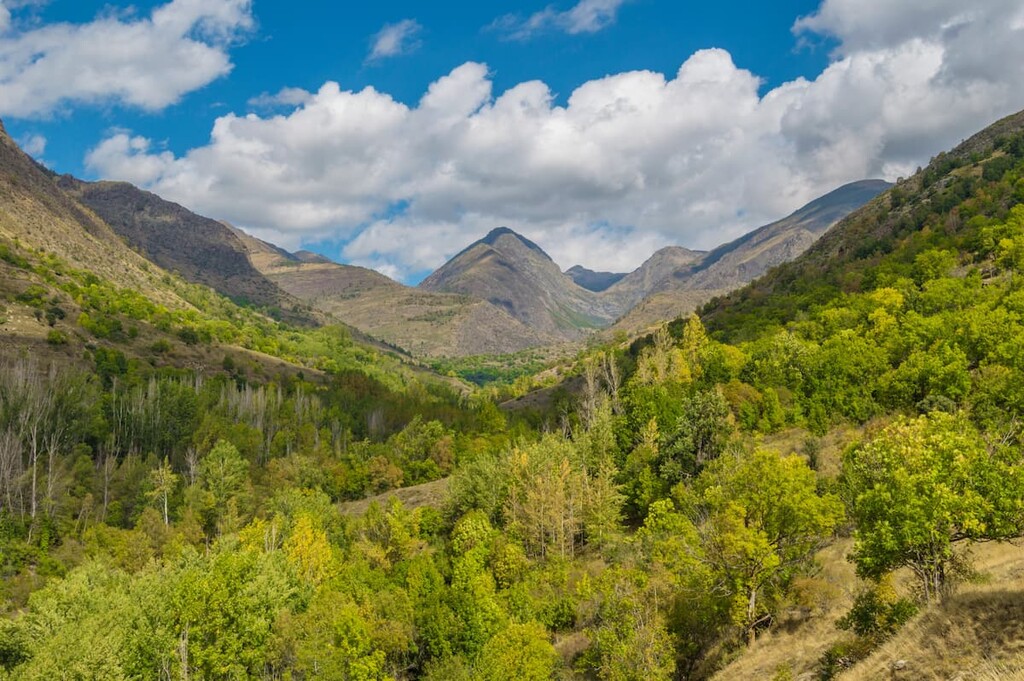 Located in the northeastern region of Spain, along the borders to Andorra and France lies the Alt Pirineu Natural Park (Parc Natural de l'Alt Pirineu/Parque Natural del Alto Pirineo). The park was established in 2003 and spans 79,317 ha (195,900 acres) across the province of Lleida in the autonomous community of Catalonia.

Encompassing all of the highest peaks in the Catalonian Pyrenees, the park is known for being the largest of its kind in all of Catalonia. In fact, its name “Alt Pirineu” translates from the Catalan to “High Pyrenees.”

Alt Pirineu is also home to the largest natural lake on the southern slopes of the Pyrenees, known as Certascan Lake. The park itself is full of a seemingly endless series of lakes, including 87 named lakes and 94 estanyets, or “small lakes.”

Furthermore, the Cigalera de I’Obaga de Baleran, which is one of the deepest gorges in the region, runs through the park.

Unlike protected parks in other regions of the world, the Alt Pirineu Natural Park has many villages throughout it. The small villages within the park offer visitors a deep look into the rich history of the region.

Additionally, Alt Pirineu is located near a large number of other popular outdoor recreation areas. This includes the Parc Natural Comunal de les Valls del Comapedrosa to the east in Andorra, the Parc naturel régional des Pyrénées ariégeoises in the Occitania region of France to the north and the Parc Nacional d'Aigüestortes i Estany de Sant Maurici in the autonomous community of Catalonia in Spain to the west.

The Pyrenees mountains run throughout the Alt Pirineu Natural Park. The range extends through Spain, France, and Andorra, following along the border. The rugged peaks are older than the Alps, dating back to over 100 million years agos. The Pyrenees are made up largely of granite, gneissose, and limestone.

Though today the Pyrenees are a dominant feature of both the park and the region as a whole, they were once vastly covered by a glacier that spanned much of western Europe. Today there are a few small glaciers in the western section of the mountains and no glaciers in the eastern section. Major peaks in the park include Pica d’Estats, Pic Verdaguer, Punta de Gabarro, and Pic Rodo de Canalbona.

Despite the fact that people inhabit much of the region in and around Alt Pirineu, the park is full of a variety of animal and plant life. The park is home to the most biodiversity in the entire Catalonia region.

In fact, there are a number of endangered species that are given protection in the park, including brown bear, bearded vulture, black vulture, wood grouse, boreal owl, desman, white-winged snowfinch, among others. Endangered brown bears have been reintroduced to the region in recent years in an effort to increase their declining population. The park is also home to the largest wood grouse population in all of Spain.

With so many bird species present, bird watching is a popular activity among visitors. The best spot for bird watching in the park is at the bird observatory located at La Mollera d'Escalarre observation point. The waterways of the park allow species of trout to thrive alongside muskrats and otters.

Another well-known sight within the park is the L’avet del Pla de la Selva, which is one of the largest European silver fir (Abies alba) trees in all of the Pyrenees. It is a designated national monument, and it is regarded for its old age, unique shape, and impressie size.

The Alt Pirineu Natural Park was established back in 2003 after a two year process came to a close. But talks of protecting the region have been happening since the 1930s. In 1966 the Alt Pallars-Aran National Hunting Reserve was established in much of the land that is now the Natural Park. The park today was formed around the Headwaters of the Noguera rivers located in Vallferrera and Cardos, the Vall de Santa Magdalena, and Alt Aneu.

Alt Pirineu Natural Park is home to a fantastic collection of trails and outdoor recreation destinations. Here are some of the top hiking areas to visit in the park:

There are numerous trails throughout the park and various that lead up to the summit of the tallest peak in the park. One of the most direct routes starts near Refugi de Valferrera. From there the trail is 18.3 km (11.4 mi) round trip with 1,408 m (4,622 ft) of elevation gain.

From the summit, hikers have panoramic views of the Pyrenees of Catalonia. Rugged peaks and scattered with deep valleys and pristine lakes while forests cover the lower elevations.

This 9.7 km (6 mi) loop trail covers 810 m (2,660 ft) and provides hikers with views of four major lakes within the park. Walking along the shorelines, hikes surrounded the Pic de la Gola summit before descending back towards the village of Cerbi.

This point to point hike is just under 16.1 km (10 mi) long with only 114 m (375 ft) of elevation gain. The smooth trail winds through the park past Monteiro, Pic de Gerri, Pic de la Rouge, and various other peaks before arriving at Estany de Baiau near Arinsal.

Looking for a place to stay near Alt Pirineu Natural Park? Here are some of the best cities and villages to check out in the region:

Located in the northern region of Catalonia, along the western side of the park lies the city of Vielha e Mijaran. The mountainous city, made up of thirteen small districts, has a population of around 6,000 people.

The combined community was established in 1970 and today acts as a gateway into the Alt Pirineu Natural Park. Many of the villages offer small shops and restaurants as they are nestled within the Pyrenees mountains surrounded by steep forested hills.

Located on the southern border of the park lies the city of La Seu d’Urgell. With a population of over 12,000 people, the city is one of the largest in the region and sits at the confluence of the Segre and Valira rivers.

Small plains surround the city, separated by the rolling mountain peaks of the region. The city sits along a wide plain, allowing for major roadways of the region to easily pass through. The old town of the city is known for both its historical significance and architecture. 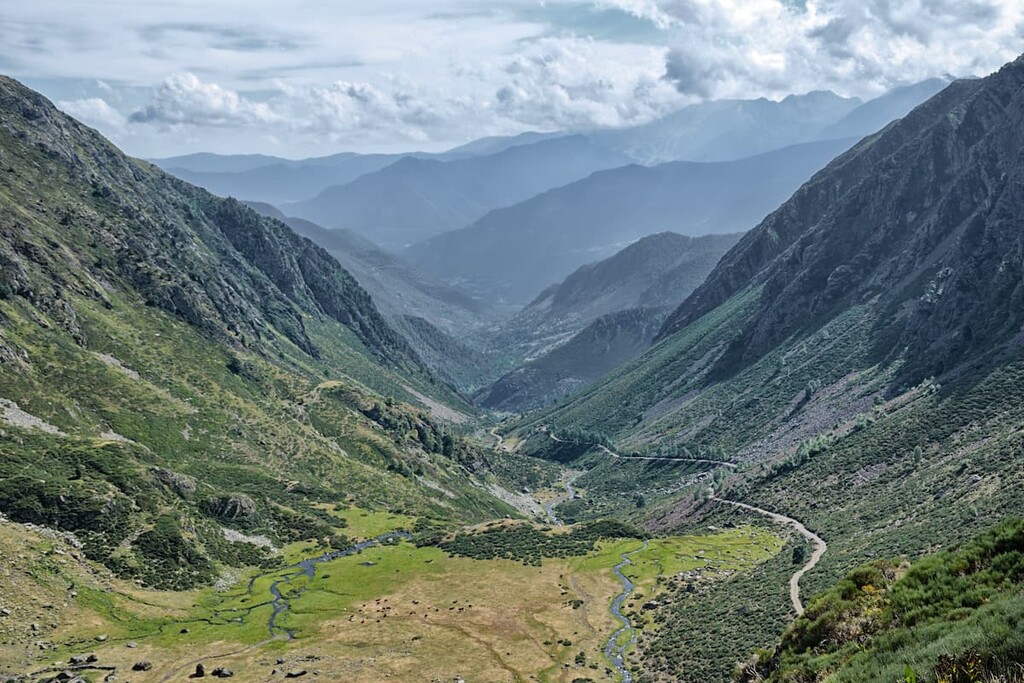 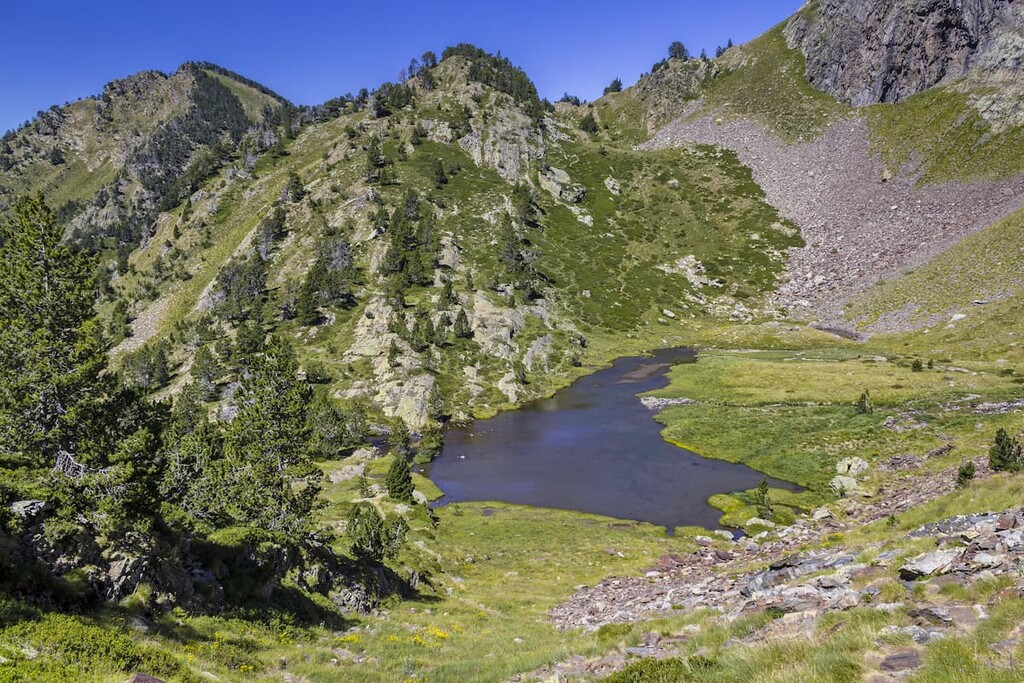 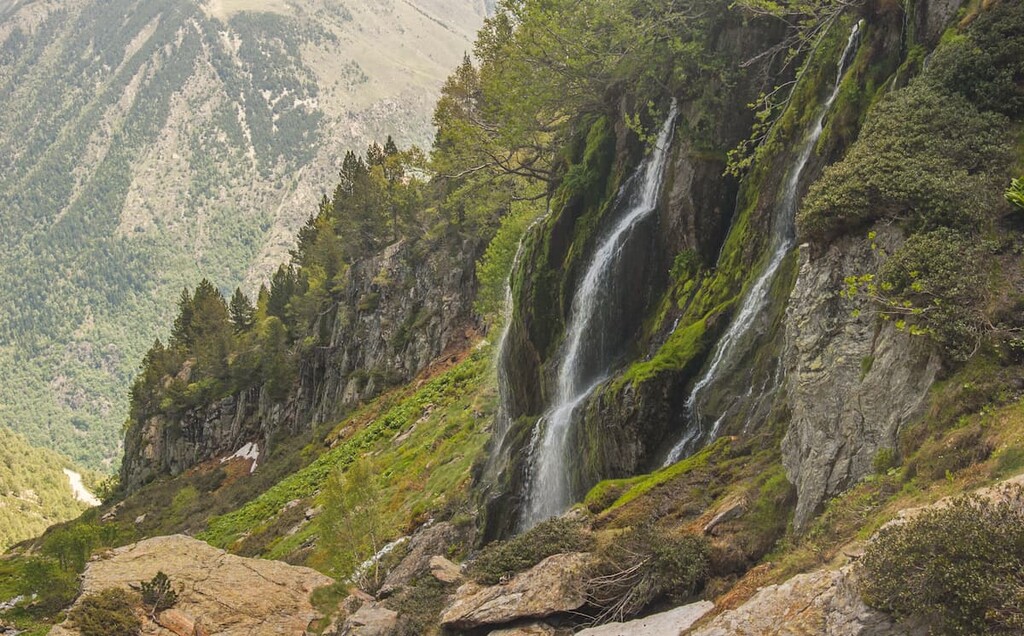 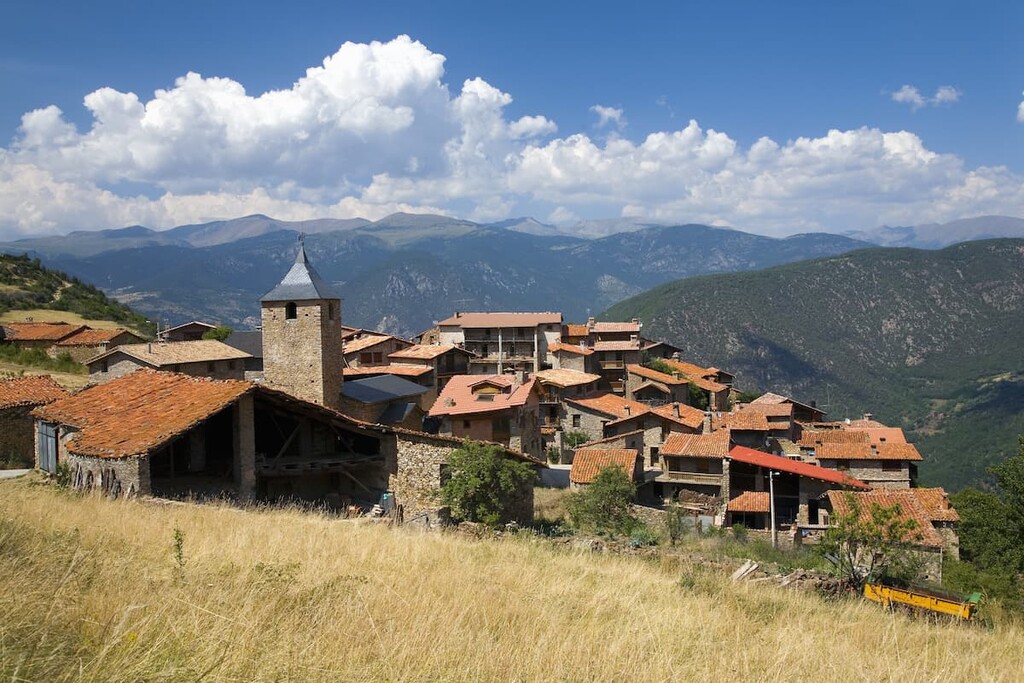 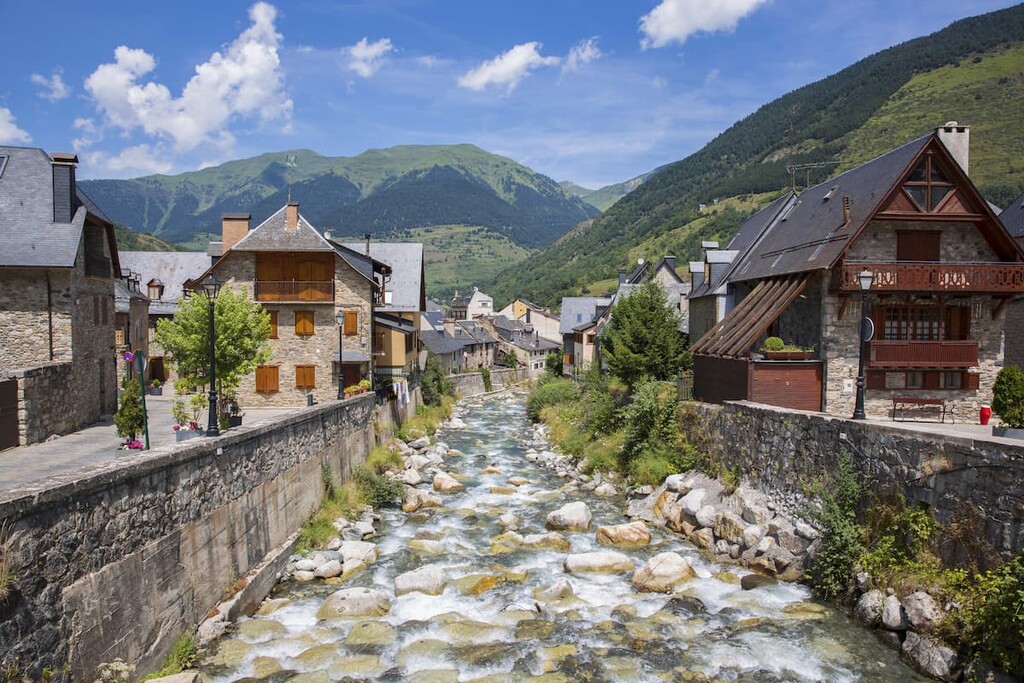 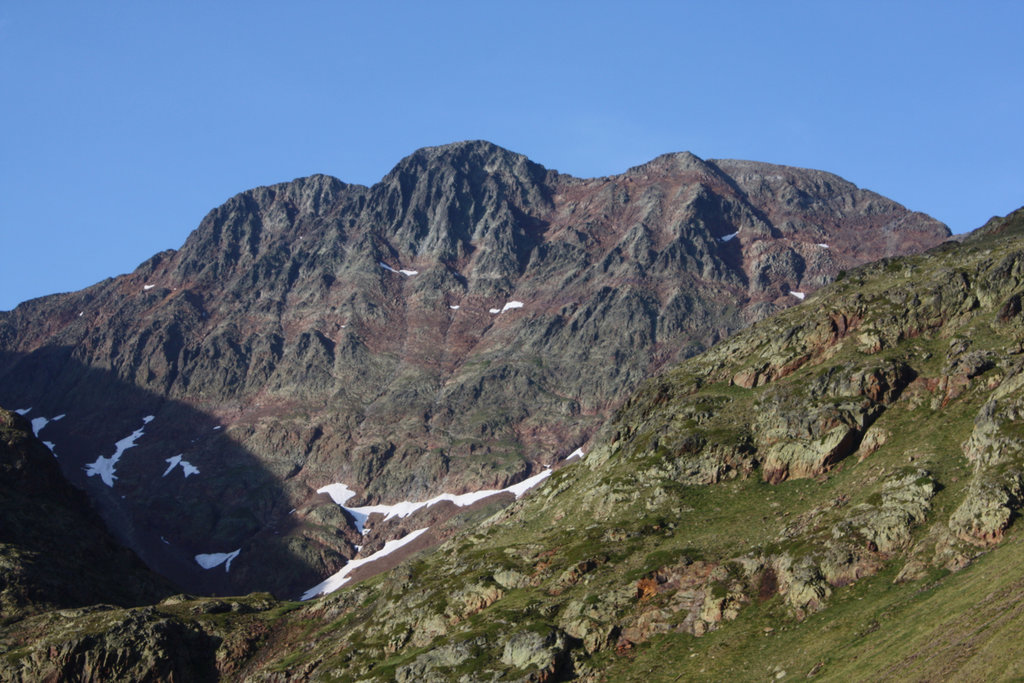