The Free State of Saxony is an administrative district located in southeastern Germany. The region is known for its collection of contrasting landscapes and, in particular, the stunning Saxon Switzerland National Park, which is home to deep ravines, rivers, and caves. There are 4656 named mountains in Saxony, the highest of which is Fichtelberg at 1,216 m (3,990 ft) in elevation, and the most prominent of which is Silberblick with 234 m (768 ft) of prominence. 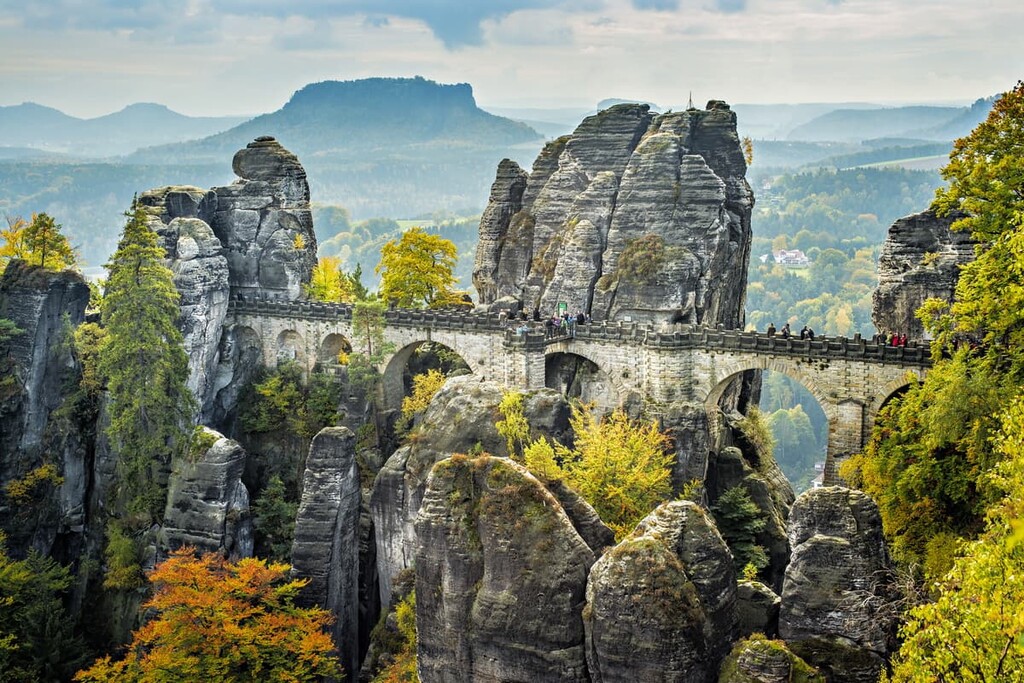 Saxony (officially the Free State of Saxony/Freistaat Sachsen) is a landlocked state located in southeastern Germany, The state shares a border with both the Czech Republic and Poland, as well as the German states of Bavaria, Thuringia, Saxony-Anhalt, and Bradenburg. Saxony has a total land area of 18,416 sq. km (7,110 sq miles), which makes it the tenth largest state after Rhineland-Palatinate.

Near the Ore Mountains, along the eastern region of Saxony, the landscape is home to vast forests and steep sandstone canyons. Towering sandstone structures can be found throughout a large portion of the state, though many of them lie within Saxon Switzerland National Park.

Numerous rivers run throughout Saxony, though the Elbe River is easily the most notable. Eastern Saxony is marked by the Neisse river, with Poland to the east.

The ravines and table mountains found in the south of Saxony are contrasted with the rolling hills, farmlands, and wineries in the north. Numerous castles are scattered throughout the region, many still well preserved despite their age.

The Ore Mountains (Erzgebirge or Krušné hory) define the geological history of the region. Furthermore, the fault-block range has been heavily researched due to its easy access, so quite a large amount of information is known about the geologic history of Saxony.

When the Alps began to form during the Tertiary period, the Ore Mountains were put under immense pressure. Rather than continuing to fold, the brittle rock broke off into independent fault blocks that can be seen today. Indeed, the Ore Mountains are effectively a large fault block that’s been tilted to create a steep southern face and a more gentle northern slope.

Saxony is home to a number of different natural regions due to its diversity of landscapes. For example, the state contains the Saxon-Lower Lusatian Heathland, Saxon Loess Fields, and the Saxon Highlands and Uplands.

Forests in the southern and central parts of the state of Saxony are mostly dominated by pine trees. The basalt hills within southern Saxony are home to large populations of beech trees. Numerous species of ferns, mosses, and fungus can be found in the deep river valleys due to the valley’s high average rainfall and minimal sunlight.

Meanwhile, Northern Saxony is home to forests of birch, aspen, and pine trees. Native forests, that date back hundreds of years, are populated with oak, beech, and linden trees.

Cornflowers, marigolds, Labrador tea plants, and holewort can also be found in the state. The rivers that run through Saxony are home to five species of trout, along with populations of salamanders.

The pine forests throughout Saxony are home to owls, woodpeckers, black storkowls, and peregrine falcons. Populations of red deer are found throughout the state along with the Elbe beaver.

Wolves are slowly repopulating protected areas in the northern part of Saxony. The wolf is native to Germany, however, it was extirpated from the region in the 1900s. The first confirmed wolf sightings in Germany after extirpation occurred around the year 2000 and the species’ population numbers are on the rise, particularly in Saxony.

In addition to the return of the wolf, Saxony is also seeing an increase in the number of lynx and wild boar, particularly around Saxon Switzerland National Park. Though populations are on the rise, spotting one of these animals is unlikely due to their relatively elusive nature.

Saxony has been inhabited by humans for thousands of years. It is estimated that the region was settled during the Neolithic era as early as 7500 BCE. Remnants of Linear Pottery culture showcase the long history of the fertile region.

Slavic tribes settled in Saxony around the twelfth century, forming communities that would later become the large cities in the region. The city of Dresden became the capital of the region in 1270 and has since been at the heart of the region’s history.

During the fourteenth century, Dresden became the seat for the dukes of Saxony and later for the electors of Saxony. In the seventeenth century, Saxony became one of the leaders for art within Europe.

In the early eighteenth century, after the dissolution of the Holy Roman Empire, Napoleon established the Kingdom of Saxony. The kingdom was abolished with the abdication of King Frederick Augustus III of Saxony in November 1918, at which point Saxony became a state of the Weimar Republic.

In 1920, Saxony became the Free State of Saxony. During the Nazi regime, Saxony lost much of its autonomous status. At the end of World War II, Saxony was occupied by US troops under General George Patton and by Soviet troops. As a result of the London Protocol of September 1944, many German-speaking peoples living in what was then Czechoslovakia and Poland were expelled from their homes and many of them migrated to Saxony.

After the reunification of Germany, the Free State of Saxony was re-established, though it had slightly different borders than it had before, particularly to the north of Leipzig.

Since that time, Saxony has established itself as an industrial center for eastern Germany. The state has a number of large factories, particularly for automobiles, and it also has a long history of watchmaking around Glashütte. Saxony is also a burgeoning tourist destination due to its rich cultural heritage and stunning natural landscapes.

Saxony is home to numerous trails, many of which are accessible for both hiking and biking. Here are some of the most popular trails and regions in the state:

The vast majority of the most popular trails in Saxony can be found in the two sections of Saxon Switzerland National Park. The park spans 94 sq. km (36 sq. mi) across the southern region of Saxony.

Hikes in the park include opportunities to explore unique sandstone structures, summit some of the tallest peaks in the state, or wind along the Elbe River. The park is easily accessible from all major cities in Saxony.

Despite its status as the capital of the state of Saxony and one of its largest cities, Dresden is home to numerous hiking trails that depart from just outside the city. One of the more notable routes is the trek from Dresden to Berlin.

This multi-day trail begins in Saxony and travels 209 km (130 miles) north to Berlin. The route has 3,378 m (11,082 ft) of elevation gain in total. The long trek allows visitors to experience northern Saxony before traveling into the city.

Other popular routes near Dresden include the Elbe Cycle Path and Schönfeld – Weißiger – Bergweg.

Looking for a place to stay in Saxony? Here are some of the best cities and villages to check out in the state:

Dresden is located in the east-central region of Saxony. As the capital of the Free State of Saxony, the city has a population of about 560,000 people. The city has become a popular spot for tourists visiting the country and the state.

Dresden is home to numerous museums and universities as well as one of the best music scenes in the country. Situated just 40 minutes north of Saxon Switzerland National Park, Dresden also provides easy access to the best hiking trails in the state.

Other popular tourist sites include Dresden Frauenkirche, Semper Opera, and the Dresden Royal Palace. The city provides ample opportunity for both cultural experiences and nature excursions.

Located in the north of Saxony lies Leipzig. The city is home to around 600,000 residents, making it one of the most populous cities in the country and the largest city in Saxony.

Considered the music capital of Germany, Leipzig is home to a younger population compared to some other German cities. Leipzig is one of the most environmentally friendly cities in the country, and is known for its abundance of outdoor spaces.

Popular sites in the city include the Battle of the Nations Monument, St. Nicholas Church, and the Old City Hall. 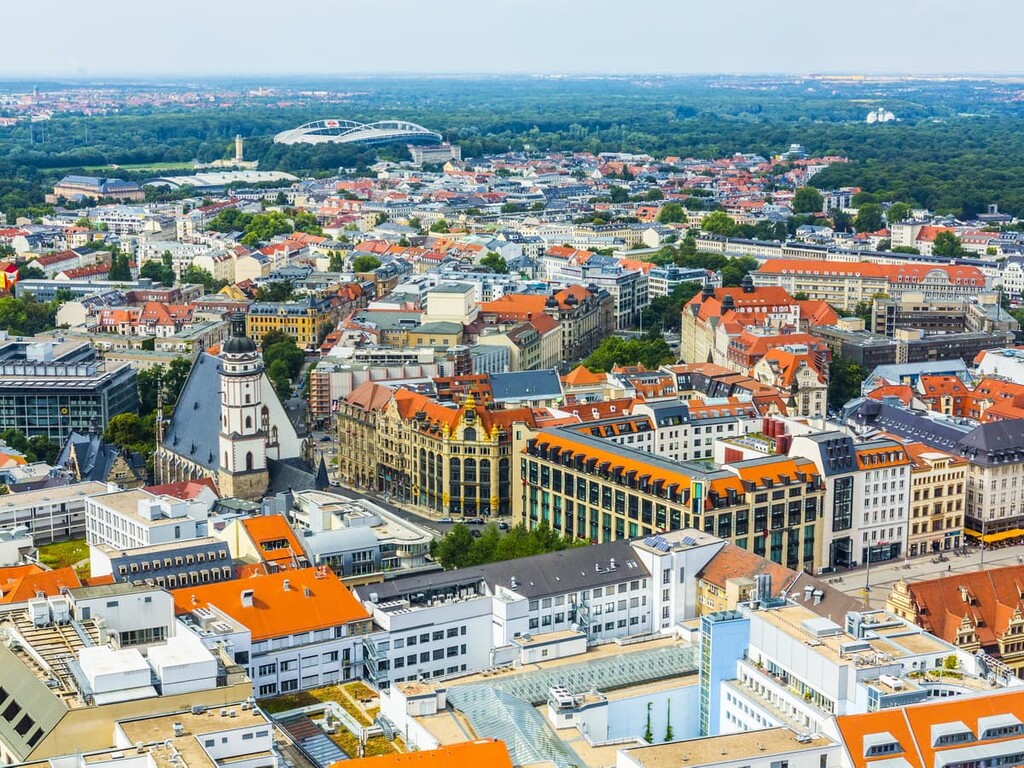 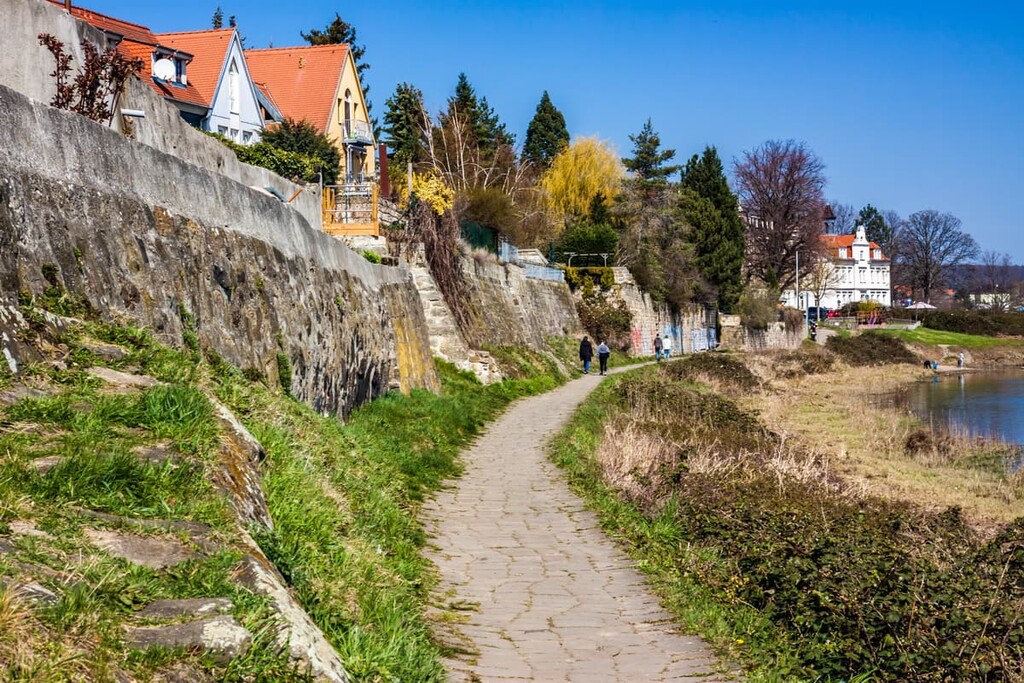 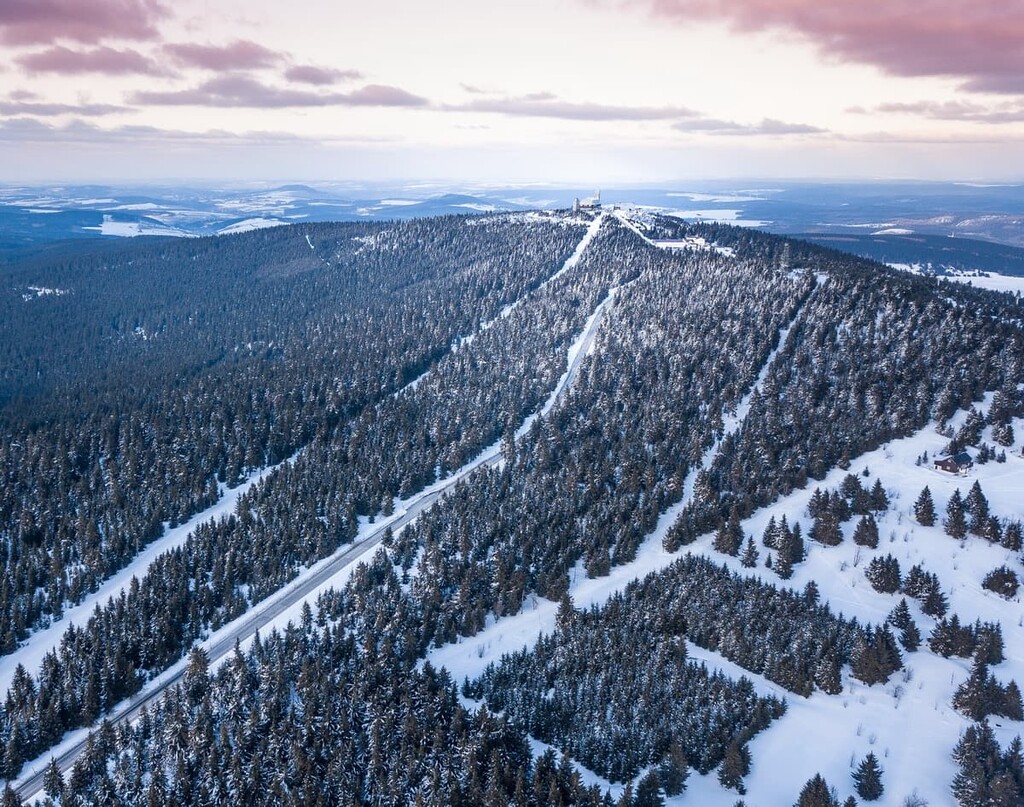 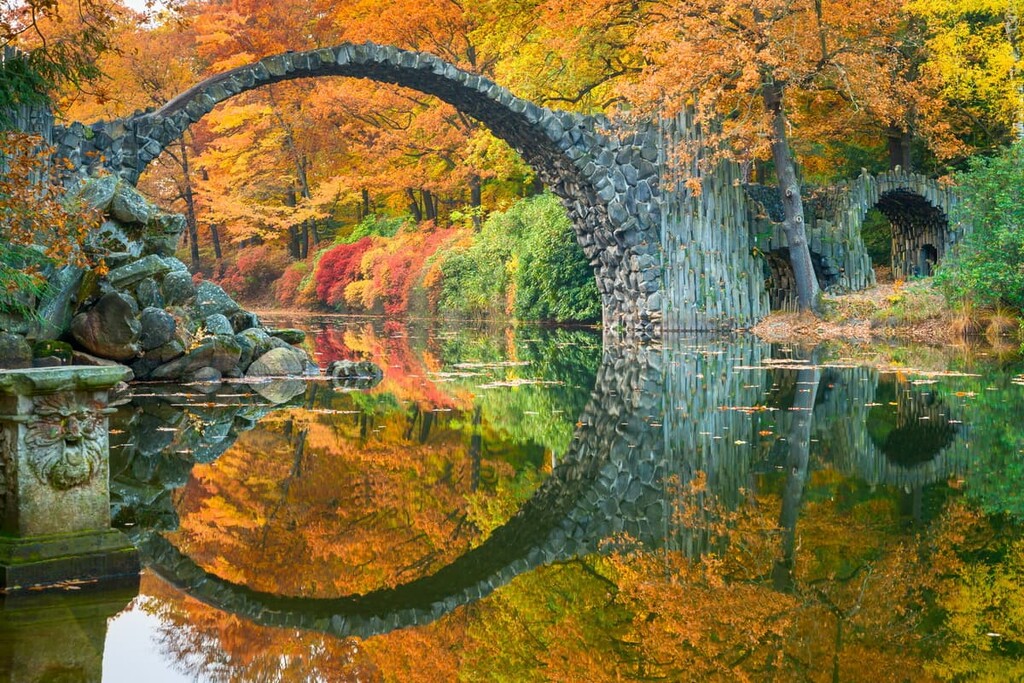 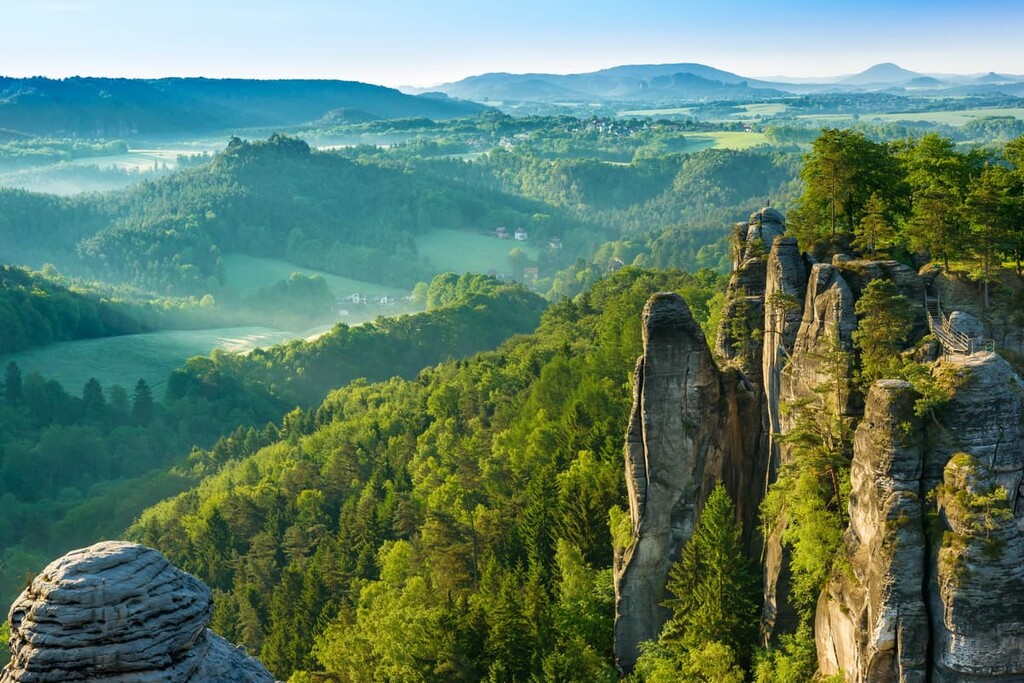