While perhaps best known for its proximity to Tokyo, the Japanese prefecture of Saitama is a fascinating place that also boasts a great expanse of forests and mountainous land. There are 190 named mountains in Saitama, the tallest of which is Mt. Sanpo at 2,484 m (8,150 ft) in elevation and the most prominent of which is Mt. Buko with 358 m (1,175 ft) of prominence. 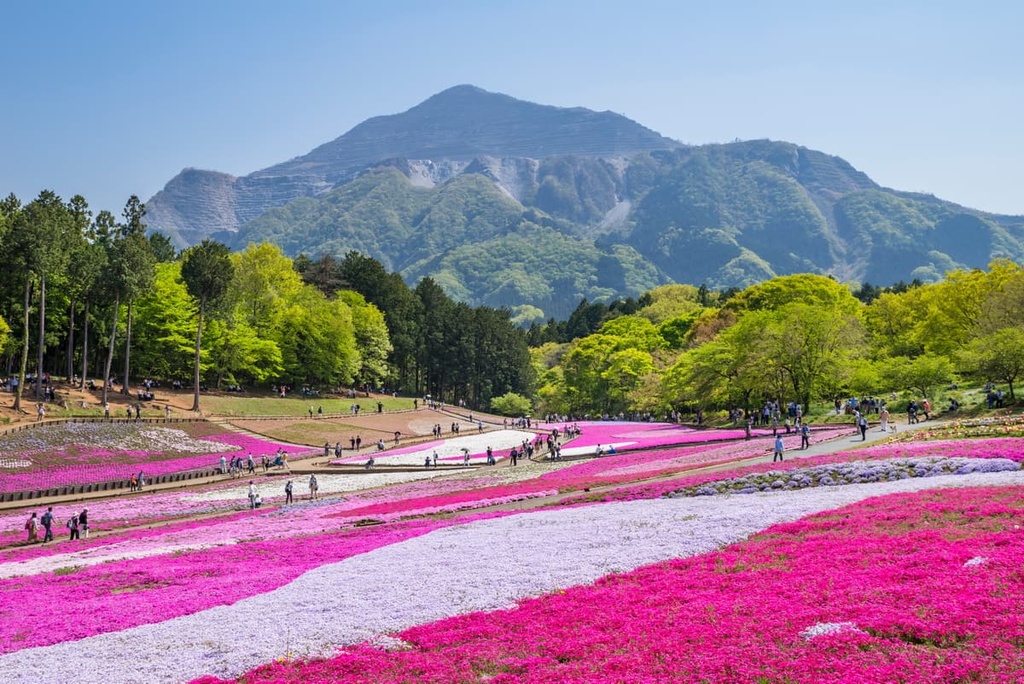 Saitama is a landlocked prefecture located near the ankle of the Japanese island of Honshu in the west-central portion of the Kanto Region.

To the west is the Nagano Prefecture of the Chubu Region; to the southwest, marked largely by the Arakawa, Tama, and Fuefuki River watersheds, is the Yamanashi Prefecture; and to the south is Tokyo. A large swath of the borders between Saitama, Yamanashi, and Tokyo is taken up by Chichibu Tama Kai National Park.

The prefecture of Saitama is geographically split into a mountainous western half and low, flat eastern half.

The western half is generally more heavily forested and sparsely populated than the eastern half. These mountains belong to the Kanto Mountain Range and Okuchichibu Mountains district. They surround the Chichibu Basin that rests in its core, and some of the range’s tallest peaks—including Mt. Sanpo and Mt. Kobushi—are located in the region west of the basin.

A gradient of hills and plateaus leads into the lowland eastern half of the province, which is widely considered to be part of the Kanto Plain. In this eastern half, there are farms, floodplains, small groups of hills like the Hiki and Sayama Hills, and more densely-populated metropolitan areas, especially as the region nears Tokyo.

Though Saitama is the ninth smallest prefecture of Japan at 3,798 sq. km (1,466 sq mi), it is also Japan’s fifth most populous prefecture, with over 7,300,000 inhabitants residing in 8 districts. The prefecture’s eponymous capital, Saitama, which has a population over 1,300,000, is also part of the Greater Tokyo Area and is considered to be part of its suburbs.

In the west, Saitama is especially mountainous, though perhaps not as volcanic as some of its neighbors.

Sediments comprise many of Saitama’s river basins, such as the Arakawa and Tama River basins around Chichibu. The Chichibu Basin itself consists of many sedimentary layers from over 15 million years ago, which also preserves a great quantity and diversity of fossils. Quaternary deposits of gravel, clay, and loam also rest over the Chichibu Basin.

Limestone deposits are particularly common in Saitama, both in the land’s foundations and in the form of limestone caves that speckle the region; Mt. Buko itself has been a traditional source of mined limestone. Mines in Saitama have historically produced all sorts of metals, such as gold, silver, copper, iron, lead, and zinc.

Many of Saitama’s mountains are also granitic, or heavily intruded upon by granite rocks, like Mt. Kobushi. Chichibu tonalite, a regional type of granite, is also present along the Arakawa River.

Chichibu Tama Kai National Park, in particular, and the Okuchichibu Mountains as a whole, boast a great wealth of Saitama’s ecological richness and diversity.

The region features many forests, mountains, and rivers, and it boasts a range of elevations that extend from 200 to 2,600 m (656 to 8,530 ft) above sea level. At lower levels of Chichibu Tama Kai National Park, there are broadleaf forests of Japanese beech, maple, and Japanese Judas trees.

From around 1,500 m to 2,000 m (4,921 to 6,562 ft) in elevation, the region is dominated by mixed needleleaf and primeval broadleaf forests of Japanese Judas, northern Japanese hemlock, hondo spruce, and birch.

Above that, at the higher elevations of Okuchichibu, there are subalpine coniferous forests of Veitch’s silver fir and northern Japanese hemlock. Finally, above 2,500 m (8,202 ft), there are more sparse scenes of alpine vegetation.

The mountains of Saitama are also home to many seasonal flowers. This includes Azuma shakunage, which set the mountains alight with color throughout the year.

As for wildlife, the thick forests around the feet of the mountains provide for a great mix of mammals big and small. This includes Asian black bears, Japanese serows, Sika deers, and wild boars, as well as monkeys, rabbits, weasels, and Japanese giant flying squirrels. Robins are some of the most common birds in the area, as are subalpine birds like the spotted nutcracker and the house martin.

Meanwhile, the streams and rivers in Saitama are home to many types of amphibians and fish, like salamanders and Kajika frogs, and mountain trout and masu salmon. Cicadas, dragonflies, and butterflies are also prevalent throughout Saitama.

Under the supposed reign of Emperor Sujin in the first century BCE, part of what would become Saitama was the then-Chichibu Province, during which time it is believed the Chichibu Shrine was first erected. Over the years of changing boundaries and provincial lines, this area would be known by different names and take many forms. It did not become a prefecture in its own right until the nineteenth century.

Throughout history, Saitama was particularly famous as a fertile region of great agricultural output, providing a large portion of the Kantō region’s food. This farmland, in the Edo Period, was split up into many small daimyos, similar to feudal dominions.

By the end of this era, which stretched from 1603 to 1867, Saitama was split into a variety of landships. Some areas of what is now Saitama were part of fiefdoms, some were held by vassals, and some simply existed under shogunate management.

The Meiji Restoration of 1868 saw a new reorganization of the land around Saitama and a consolidation of territory that would soon become known as Saitama. By the end of the century, the boundaries of Saitama had become more or less set in stone, barring a few small land transfers.

In 1922 came the establishment of Saitama’s first city, Kawagoe City, a historic area that had long held political importance among ruling classes, and which is now known for its traditional and historic feel.

Despite its historic legacy of agriculture, Saitama’s proximity to Tokyo soon led to a rapid urbanization of its eastern lands post-World War II. The prefecture’s population has almost tripled since 1960.

Saitama is home to a fantastic array of hiking areas and trails. Here are some of the best hikes in the prefecture to check out:

Those who embark upon this journey may take the same route as pilgrims once did in the Edo Period hundreds of years ago. Gorgeous foliage and nature scenes accompany hikers along the way, too.

A great mass of western Saitama belongs to the bounds of Chichibu Tama Kai National Park. The park contains a multitude of natural attractions spanning four prefectures. It proves that there is no lack of things to see and hikes to embark upon in Saitama.

A 2.3 km (1.4 mi) hiking path runs along Nakatsu Canyon, which is in turn cut through by the Nakatsu River. The banks of the Nakatsu are home to a stunning display of fall foliage in the latter part of the autumn season.

Also of note is the Kanto-fureaino-michi Trail, a long trek that runs through seven Kanto prefectures with about 41.6 km (25.9 mi) of trail within Chichibu itself.

At the edge of the park boundaries is Mt. Ryokami, a rugged mountain of great mythological significance. The Hinataoya–Mt. Ryokami trail, with a distance of around 10 km (6.2 mi), is one way to scale the mountain and behold the views of Saitama. However, the narrowness and occasional steepness of the route make it preferable for more experienced hikers.

The mountain Wanakurayama provides a secluded and challenging hike for experienced hikers. It boasts a high point of 2,036 m (6,680 ft) and a total distance of around 32.3 km (20 mi).

Saitama shares several mountains in the park with its neighbors, namely the mountains of Kumotori and Kobushi. A 12.1 km (7.5 mi) hike connects Mt. Kumotori from the Mitsumine Shrine, which is beautiful in its own right, in Saitama. There are many ascents and descents dotting the way; alternatively, one can go all the way from Mitsumine to Okutama along a 32 km (20 mi) trail.

Located near Mt. Kobushi is Saitama’s tallest peak, Mt. Sanpo. This peak is just a short half-hour climb from Kobushi. Many routes, including several that run through or along Saitama, lead up to Kobushi’s scenic green summit, too.

Located around the city of Hanno, there is a collection of mountains and hills that make for some fantastic hiking in eastern Saitama.

Hanno is also home to the hill of Mt. Tonosu, a small peak that is perfect for a gorgeous day hike without too much challenge. Many people access Tonosu via a 7.2 km (4.5 mi) hike from Hanno Station that also climbs over the nearby Mt. Tenran, another hill with great natural beauty.

Hanno is also home to a number of other excellent places to explore, including scenic mountains like Izugatake, Kozuko, Warabi, and Takekawa.

Other notable hiking areas in Saitama include:

The prefecture of Saitama contains a wonderful mix of vast wilderness, flat farmland, historic towns, and major metropolitan areas. The latter occur largely in the east, where the Greater Tokyo Area engulfs the prefecture. However, smaller cities are scattered around throughout the prefecture, too.

The capital and largest city of Saitama with over 1.3 million residents, Saitama is a modern residential city and one the commercial centers of the Greater Tokyo Area. The city is perhaps at its liveliest during the spring, when the cherry blossoms cover the city in pink, and festivals like the Yono Park rose festival and the Great Bonsai Festival occur with aplomb.

Yono Park is but one of many beautiful outdoor spaces in the city, alongside others like Omiya Park and its zoo. The zoo features an impeccably landscaped complex of ponds, gardens, and cherry blossoms.

Alternatively, you could check out Iwatsuki Joshi Park, which is also known for its cherry blossoms and its fall foliage. There is also the Omiya Bonsai Village, where hundreds of thousands of bonsai trees flourish and a museum retells the history of bonsai in Japan.

Otherwise, museums run aplenty in the city, such as the Railway Museum, Prefectural Museum of local history and folklore, the Museum of Modern Art, and the Iwatsuki Ningyo Museum, a great display of traditional Japanese art. The Hikawa Shrine and vast Minuma Rice Paddies are other notable sights in and around the city.

Both of Tokyo’s major international airports, Haneda and Narita International, are located about an hour away. As it is a regional transportation hub, the city itself, and especially Omiya Station, has no shortage of trains to get from Tokyo to Saitama or vice-versa. There are also plenty of transportation options for those looking to get from Saitama to elsewhere in the prefecture.

Though there are numerous cities in Saitama that are bigger than Kawagoe, this city of around 350,000 people has long been a draw for its Koedo neighborhoods. It preserves a traditional Edo Period atmosphere and historic, cherry blossom-lined streets.

Some notable areas to witness in Kawagoe include the Warehouse District with its wooden Edo style, Confectionary Row and all its traditional sweets, and the three-story Bell of Time.

The city also contains many temples and shrines, like Kitain Temple and its 540 unique stone Buddha statues, Renkoji, and Kumanojinja. There’s also the remnants of Kawagoe Castle, and the more modern but nevertheless eclectic Taisho-Roman Dori Street with its stone-paved roads, Renaissance Revival buildings, and plentiful restaurants and stores.

The Kawagoe Festival is the major festival of Kawagoe’s year. It occurs in late October and it features castle town streets that are alive with fleets of floats, live music, and dancing. The JR East, Tōbu, and Seibu railways all run in and out of Kawagoe, connecting it to the rest of the prefecture. 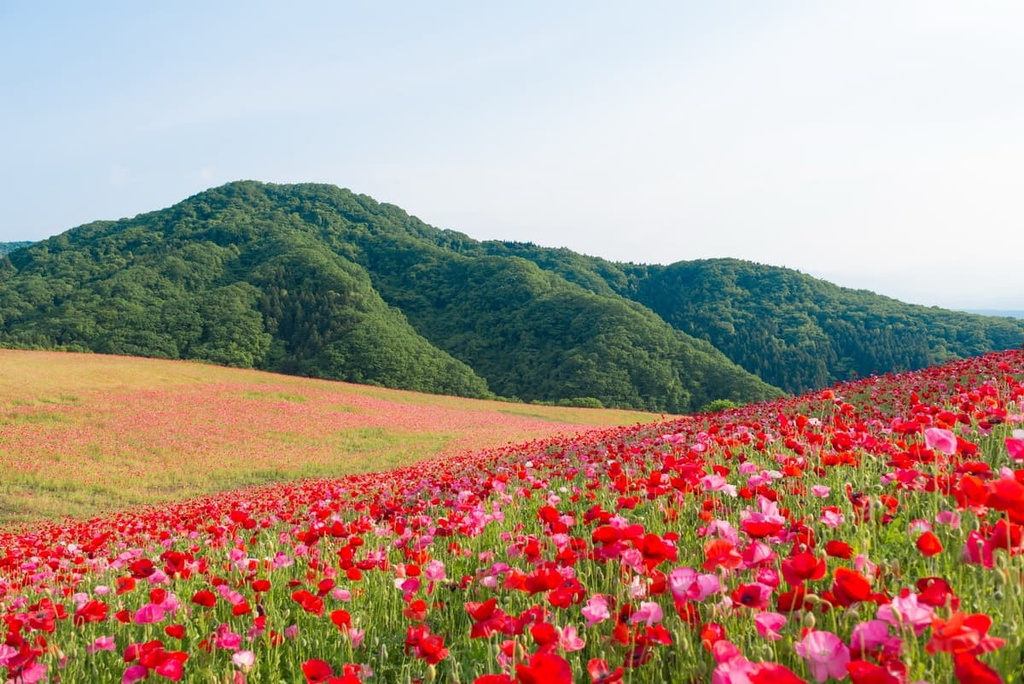 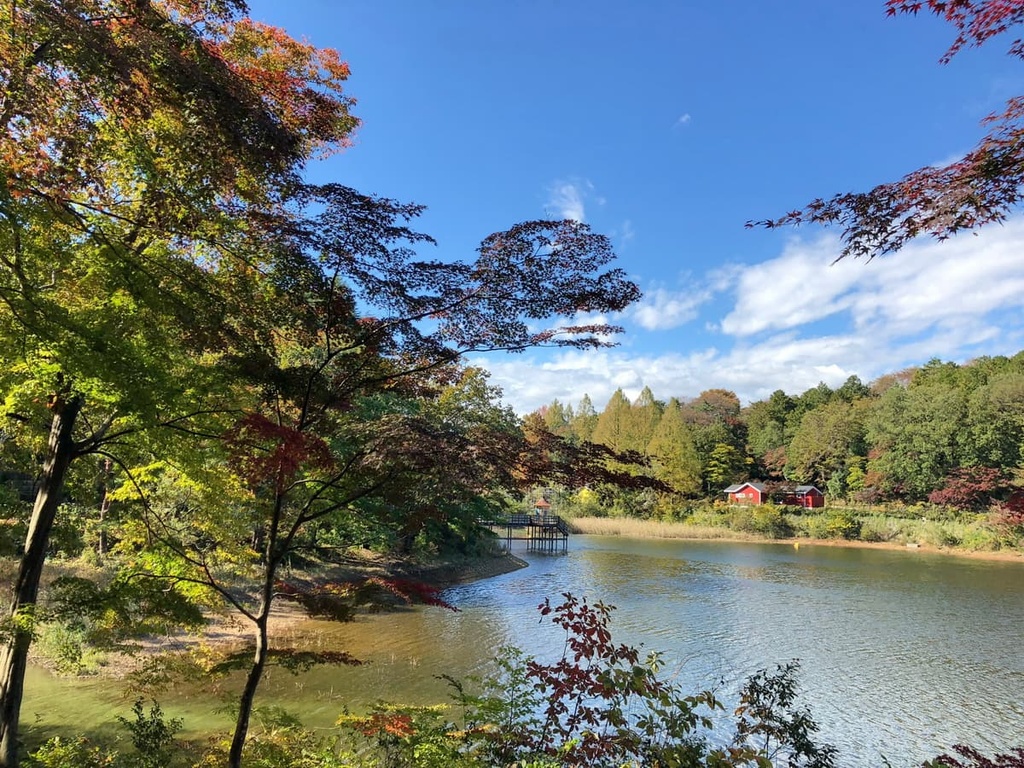 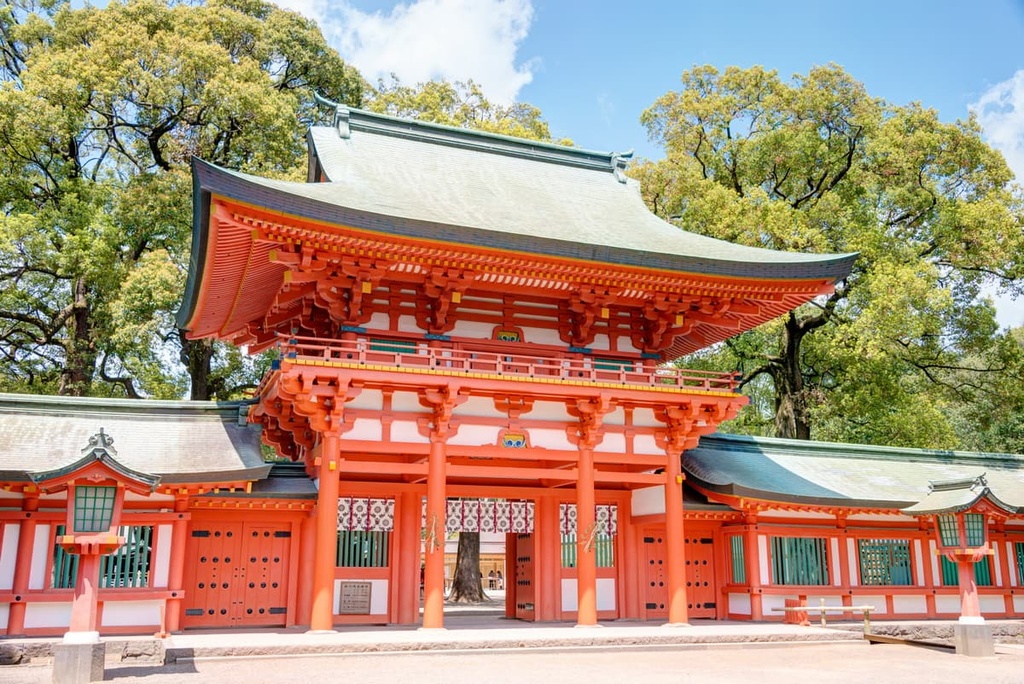 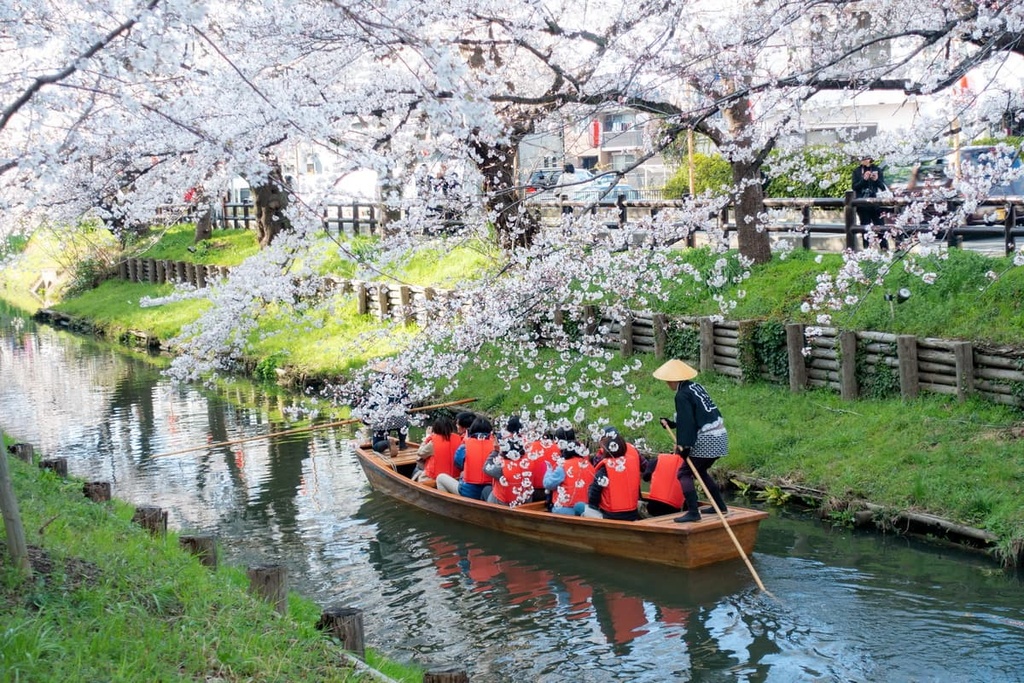 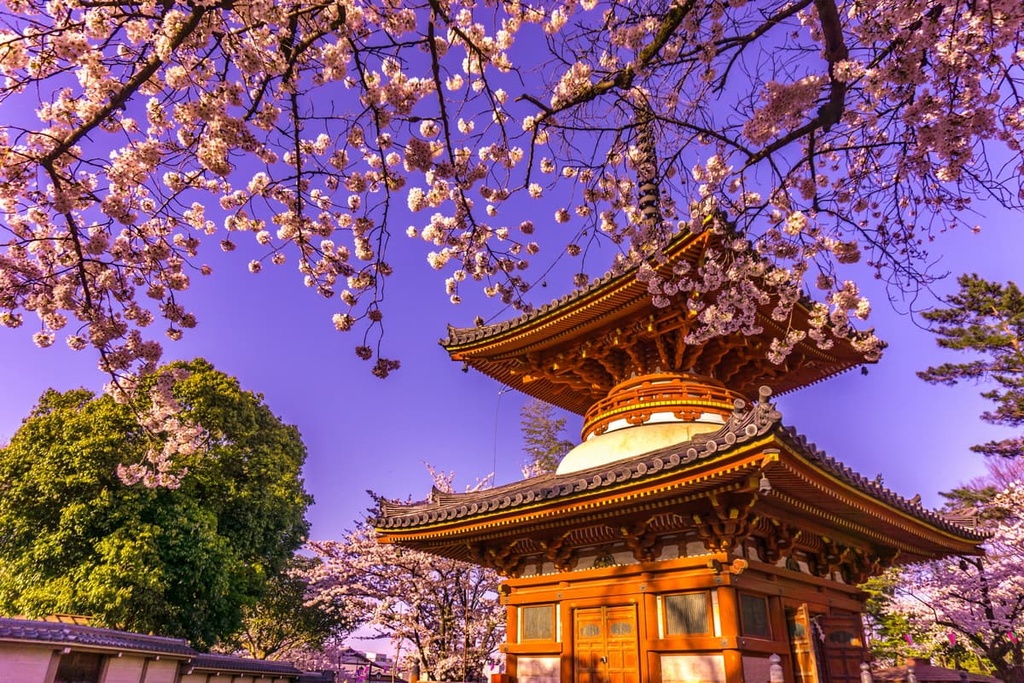 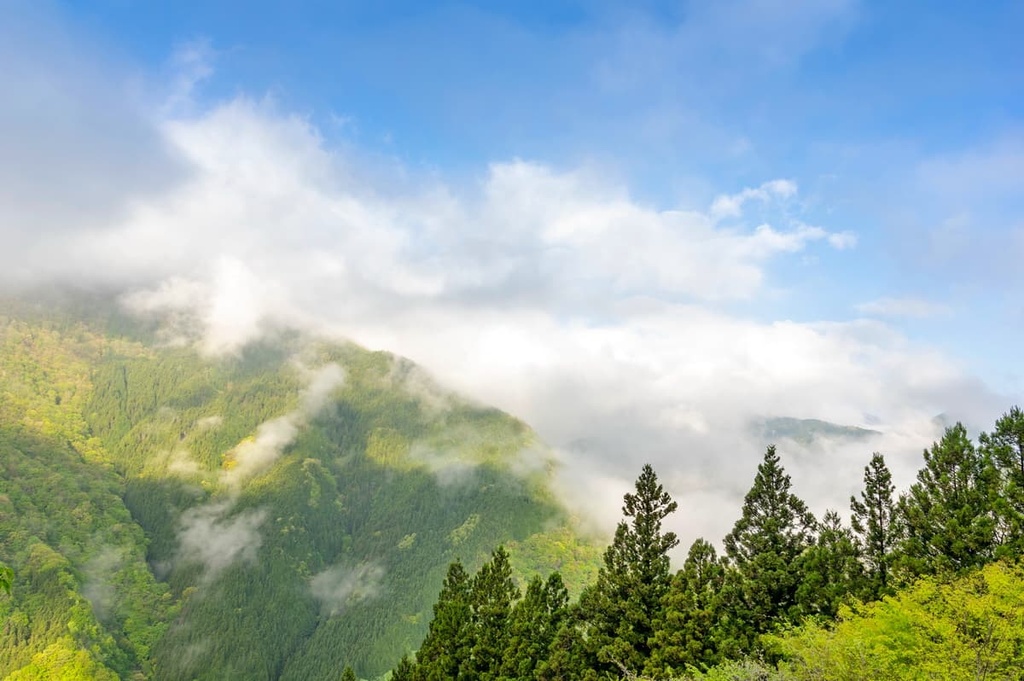 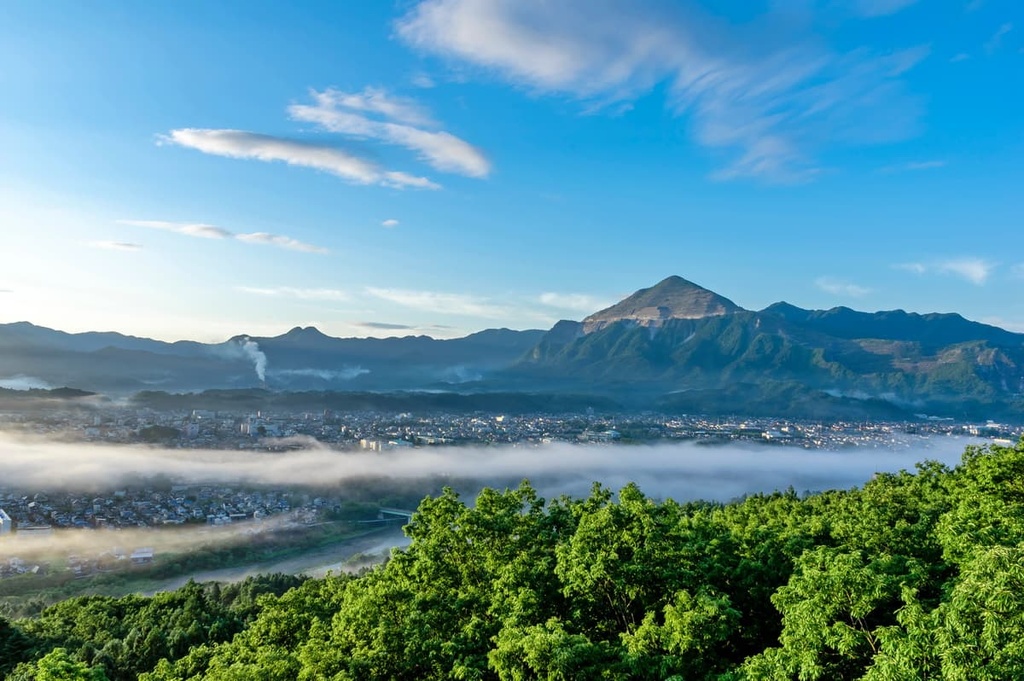