Chelan County is located in central Washington, on the east side of the Cascade Mountains. The county spans 2,994 square miles across the central region of the state and has an estimated population of around 78,000. The largest city within the county is Wenatchee. The county is named after Lake Chelan, which derives its name from a Native American term meaning “deep water”. True to its meaning, Lake Chelan is the third deepest lake in the entire country, coming after Crater Lake and Lake Tahoe. There are 311 named mountains in Chelan County. Bonanza Peak is the highest point at 9,495 feet. The most prominent mountain is Mount Stuart with 5,351 feet of prominence. 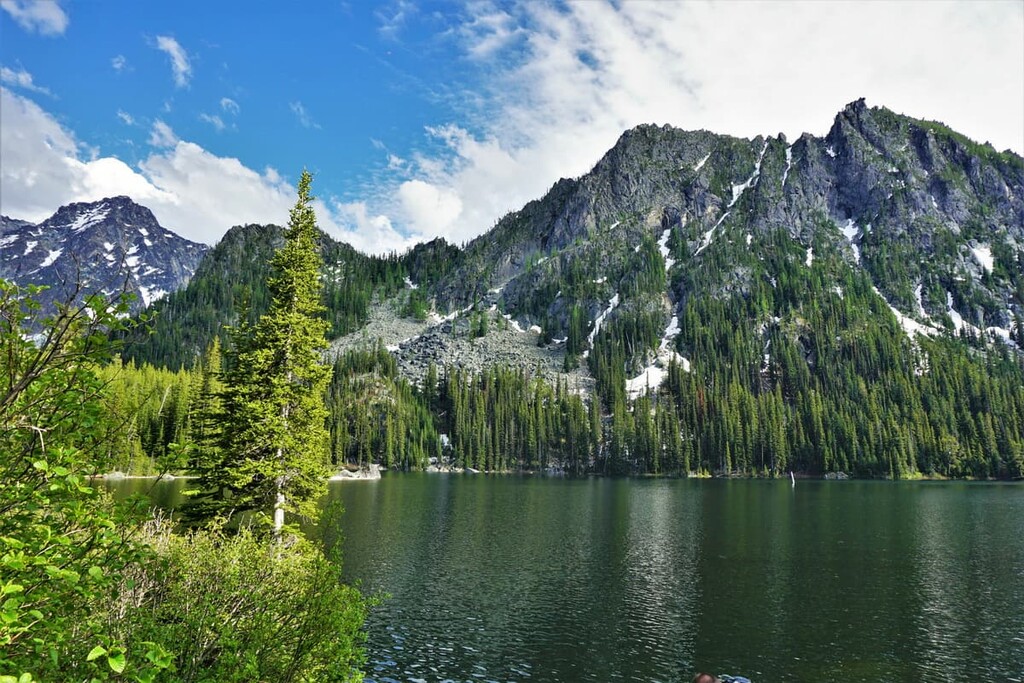 The eastern region of Chelan county is characterized by rolling hills, full of farmland and vineyards. However, the western region of the county straddles numerous mountain ranges. Within the Cascade Mountains that run north to south, also lie the Chelan Mountains, Chiwaukum Mountains, Entiat Mountains, Stuart Range, The Enchantments, and the Wenatchee Mountains.

Bonanza Peak, which is the tallest peak within the county, is also the tallest non-volcanic peak in the entire state of Washington. The peak was originally called North Star Mountain but was accidentally named Bonanza Peak back in 1904. Located in the northwestern region of Chelan County, Bonanza Peak reflects the remoteness of this region of land.

The mountains of Chelan County, and its many subranges reflect the rugged landscape of the northern Cascade Range. The peaks are craggy, with rugged ridges and deep valleys throughout. These sharp contrasts in elevation have led to various ecological zones and vast array of wildlife. The western region of the county receives a much more rainfall that the east, allowing for more plant and animal diversity. Just within the North Cascades National Park, which is partially within Chelan County, there are over 235,000 acres of old growth forests. Lower elevations in the county are dominated by western hemlock, Douglas fir, and red cedar while higher elevations have silver fir. Above 5,000 the forest and mainly comprised of white bark pine which is native to the region. As one travels east through the county, tress become less dense and the landscape is drier. The Cascade Range forms a rain shadow over the region with the western section receives 75 more inches of annual rainfall.

The mountains of Chelan County are home to a vast amount of wildlife. Large mammals in the region include black bear, cougar, coyotes, bobcat, lynx, mountain goats, deer, elk, moose, and bighorn sheep. Wolverines are said to inhabit the northwestern sections of the county though their sightings are quite rare. Bald eagles and northern spotted owls are just a few of the bird species that roam the region.

While the western region of Chelan County is dominated by protected sections of land, the eastern slopes are home to some of the state’s most notable wineries. From the west side of the state, Chelan county can be accessed via Interstate 90, Highway 2, and Highway 20.

Lake Chelan National Recreation Area: The Chelan National Recreation Area is located about 35 miles south of the Canada-US border in Chelan County. The area spans 61,958 acres and includes the northern end of Lake Chelan, parts of the Stehekin Valley as well as the Stehekin River. The recreation area, along with the town of Stehekin, are only accessible by float plane, ferry, or hiking through the Cascade Range. During the summer months an off-road vehicle carries hikers to the town from the Pacific Crest Trail. Popular trails within the recreation area include Lakeshore Trail, Rainbow Loop Trail, and Twisp Pass Trail.

Alpine Lakes Wilderness: Within the county lies the Alpine Lakes Wilderness. The wilderness spans 414,161 acres within the Wenatchee National Forest and between Interstate 90 and U.S. Route 2. The wilderness helps protect some of the most rugged sections of land within the state boasts over 700 alpine lakes. Elevations in the region range from 1,000 feet up to over 9,000 feet at the summit of Mount Stuart. Popular hikes in the wilderness include Colchuck Lake, Marmot Lake, Keekulee Falls, and Ira Spring Memorial Trail.

The Enchantments: In recent years The Enchantments have become one of the most popular hiking regions in the entire state. It is a region within the Alpine Lakes Wilderness and sits at an elevation of 4,500 feet. Located outside the Bavarian-themed town of Leavenworth, this section of wilderness is home to dozens of alpine lakes. The main hike within The Enchantments is 23 miles from point to point and hikers must receive permits in order to spend the night. It is often rated as one of the most beautiful hikes in the county and the entire state of Washington.

The largest city within Chelan County is Wenatchee. The city is referred to as the “Apple Capital of the World'' due to the abundance of apple orchards. It is the largest city in Chelan County with a population of approximately 34,000. The town is located at the confluence of the Columbia and Wenatchee rivers, nestled in the eastern foothills of the Cascade Range. The town was named after the Wantchi indigenous tribe, meaning “river which comes from canyons''. The city is surrounded by land for hiking, biking, and skiing during the winter months.

The city of Chelan sits on the southeast tip of Lake Chelan where the lake flows into the Chelan River. Despite having a small population of approximately 5,000 people, the town is full of tourists throughout the year. The lake, surrounding trails, and other outdoor activities attract many tourists, though the region is predominantly known for its wineries. The town itself is full of quaint shops, restaurants, and a plethora of accommodations. 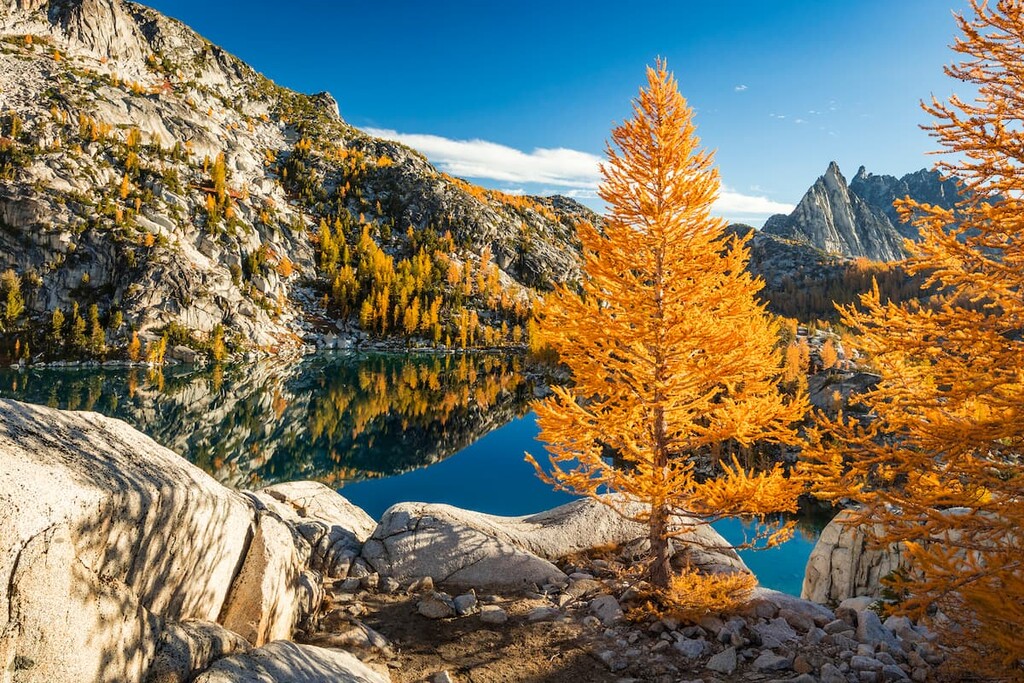 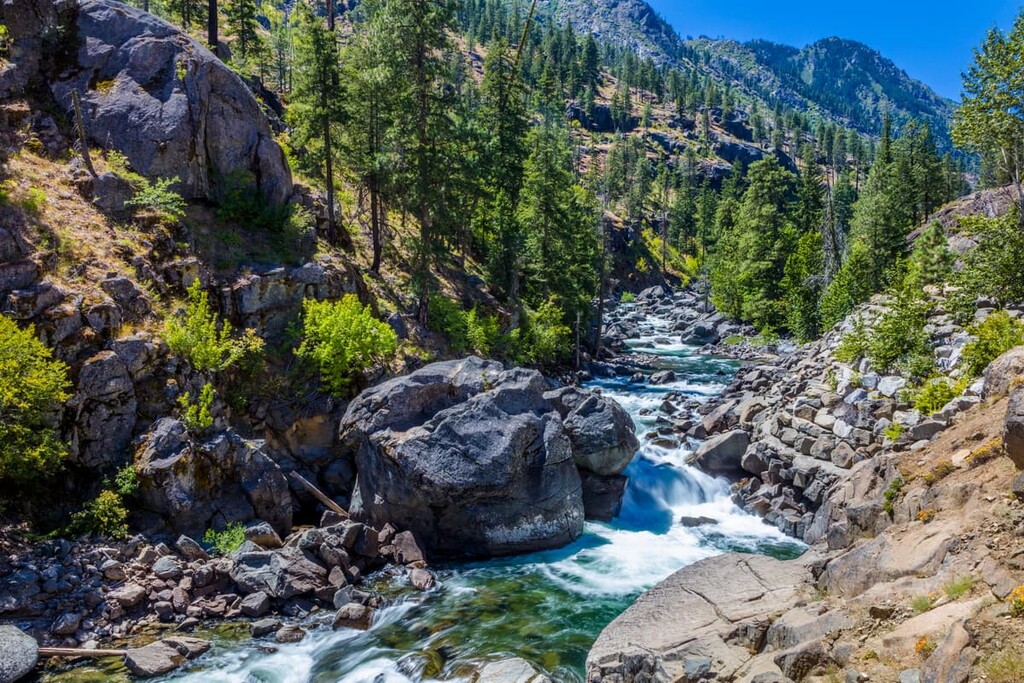 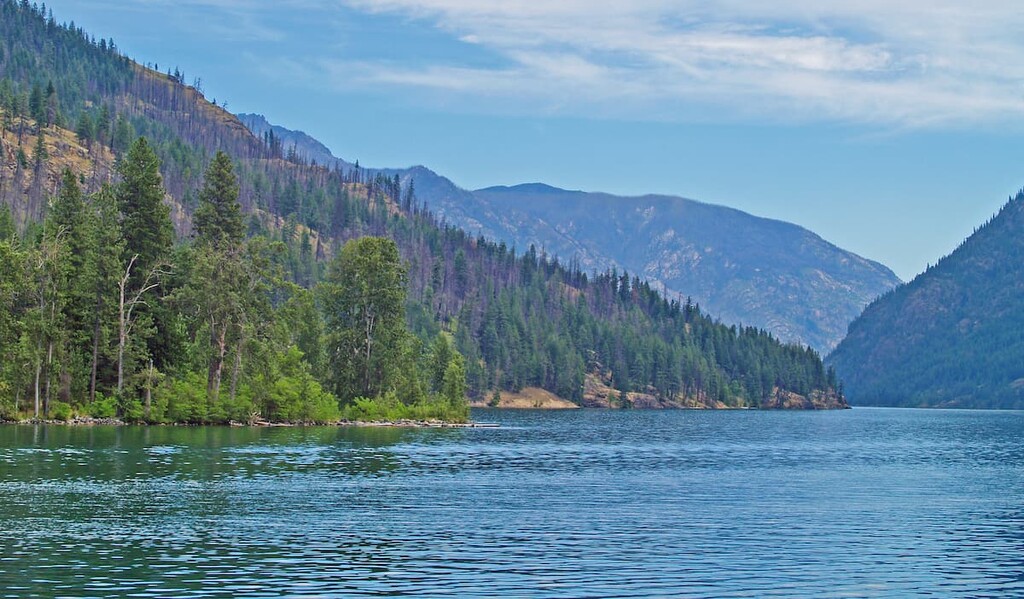 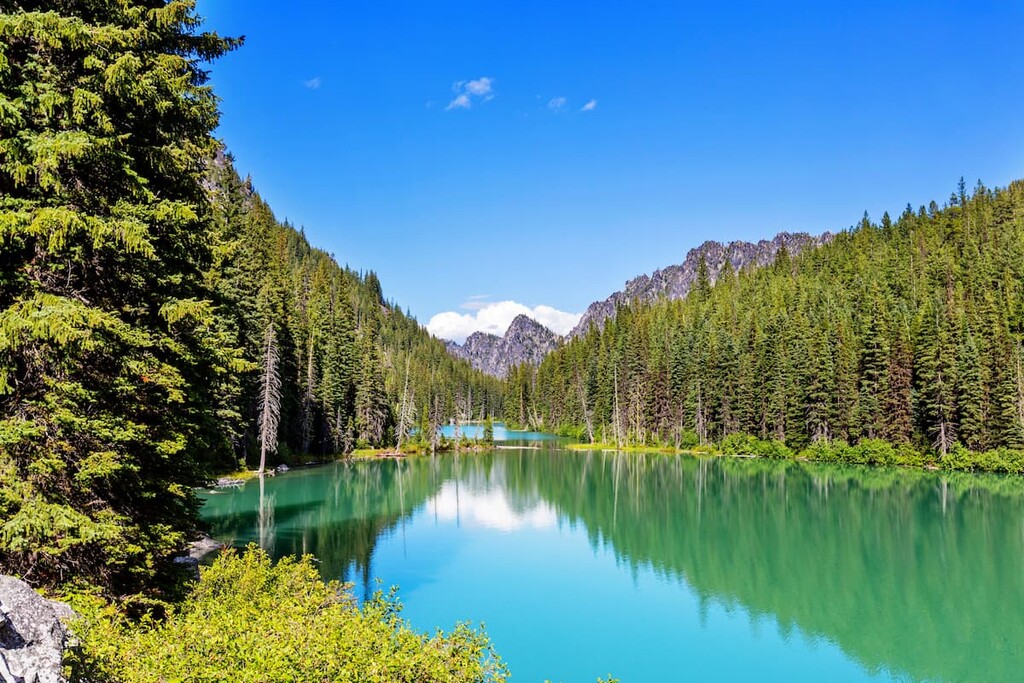 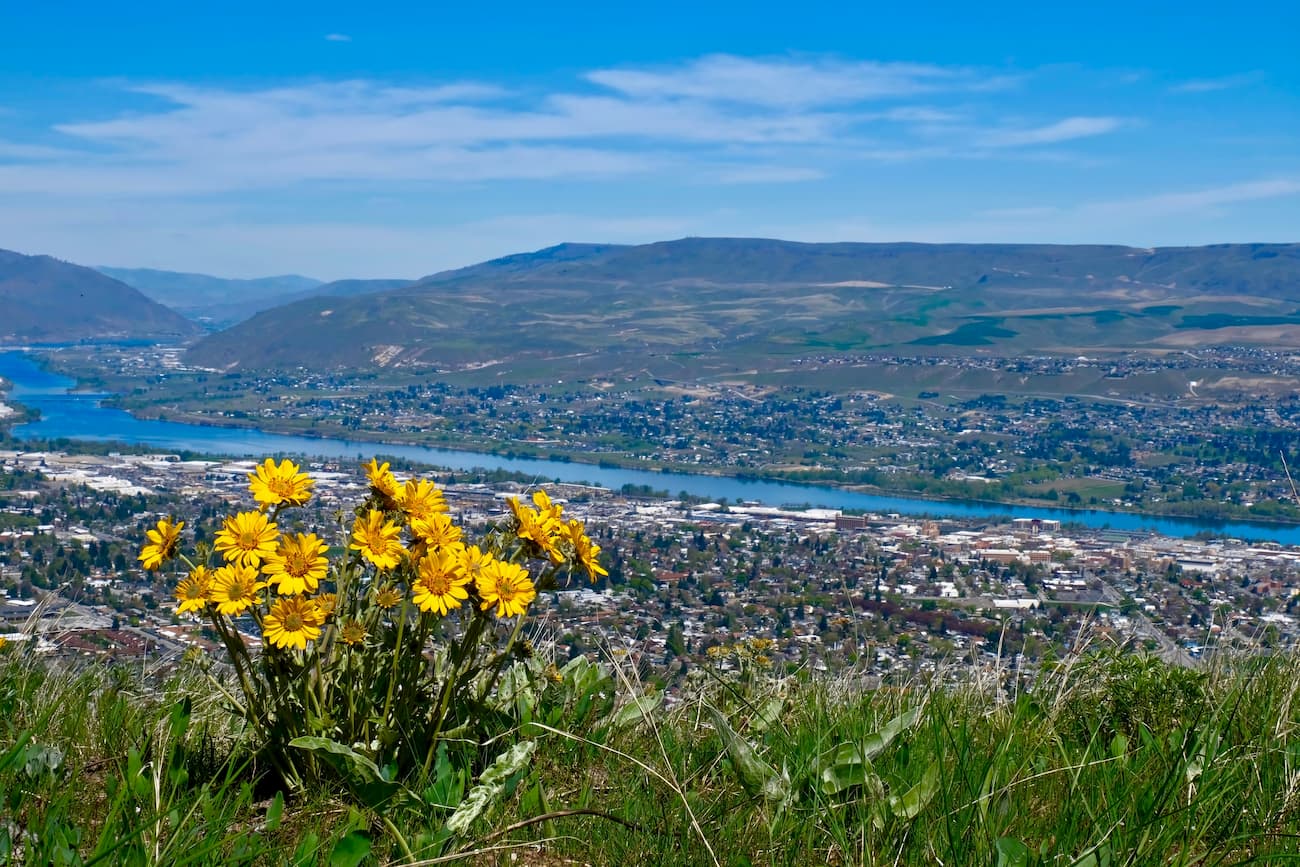 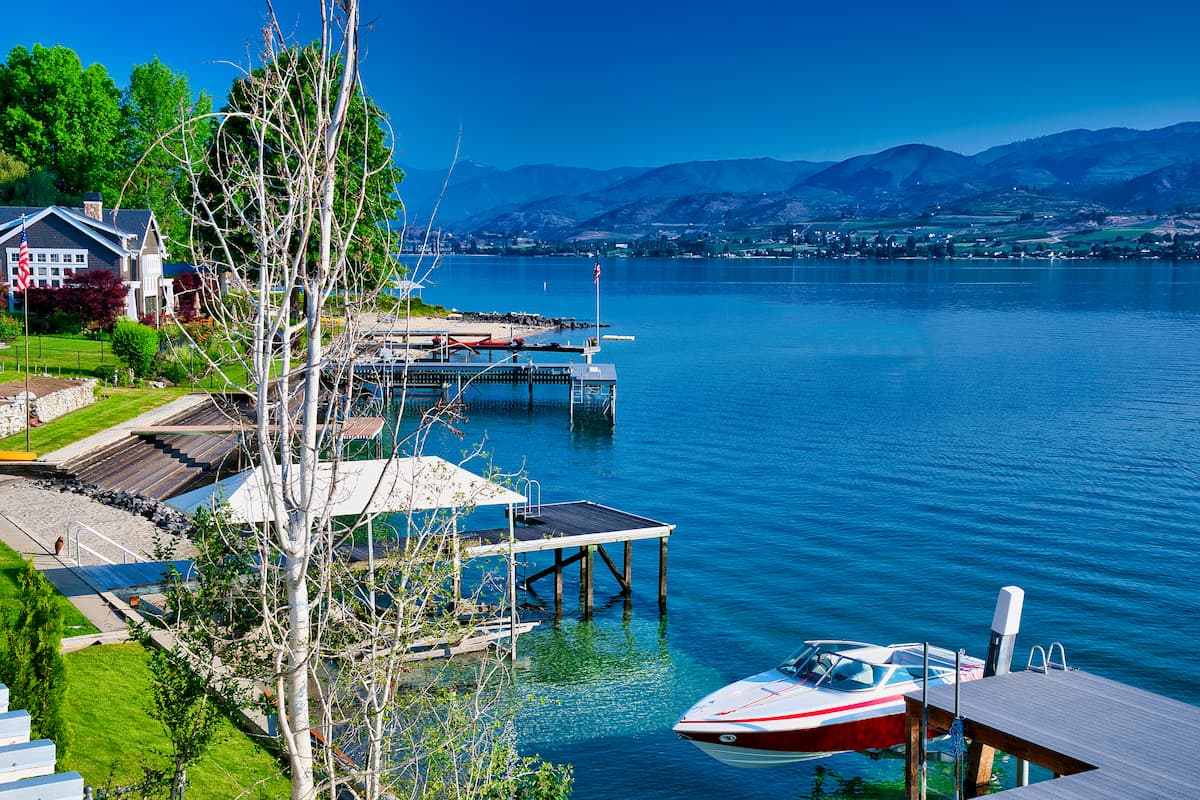 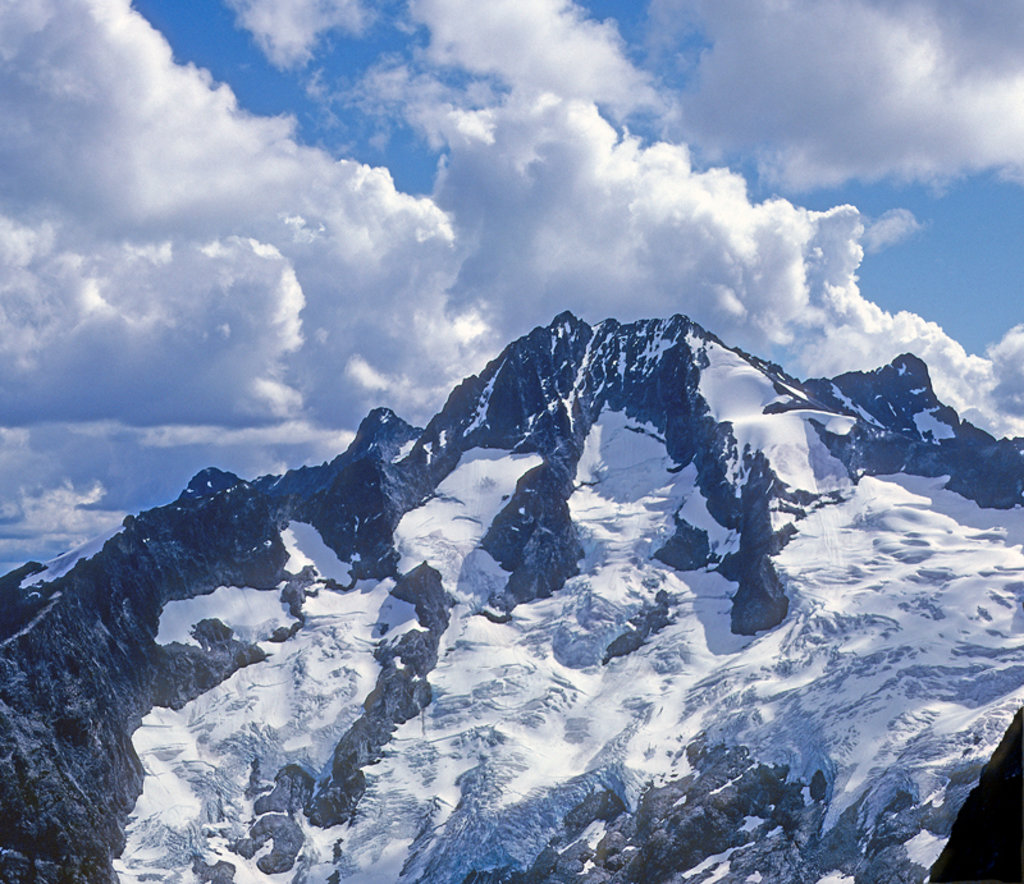