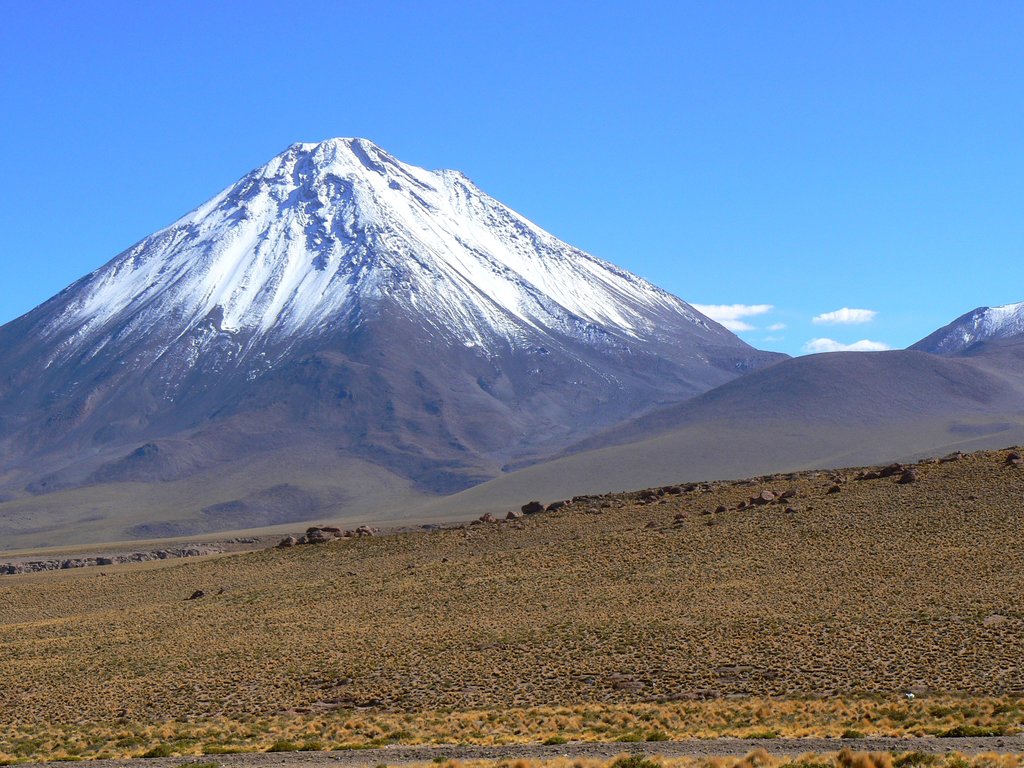 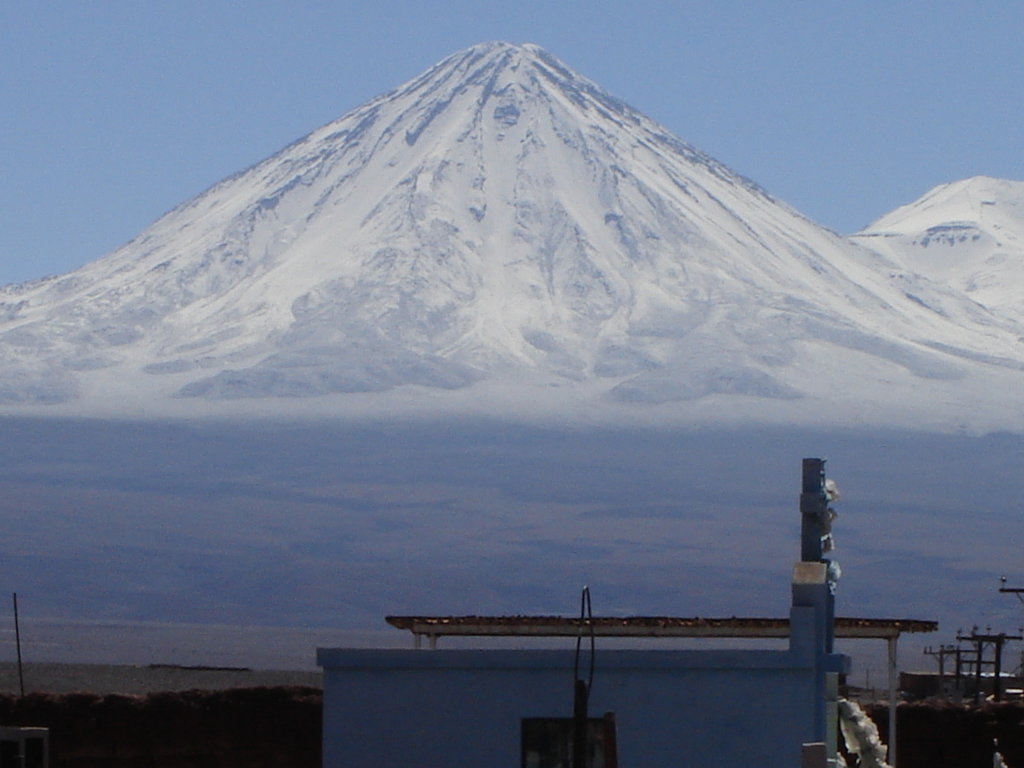 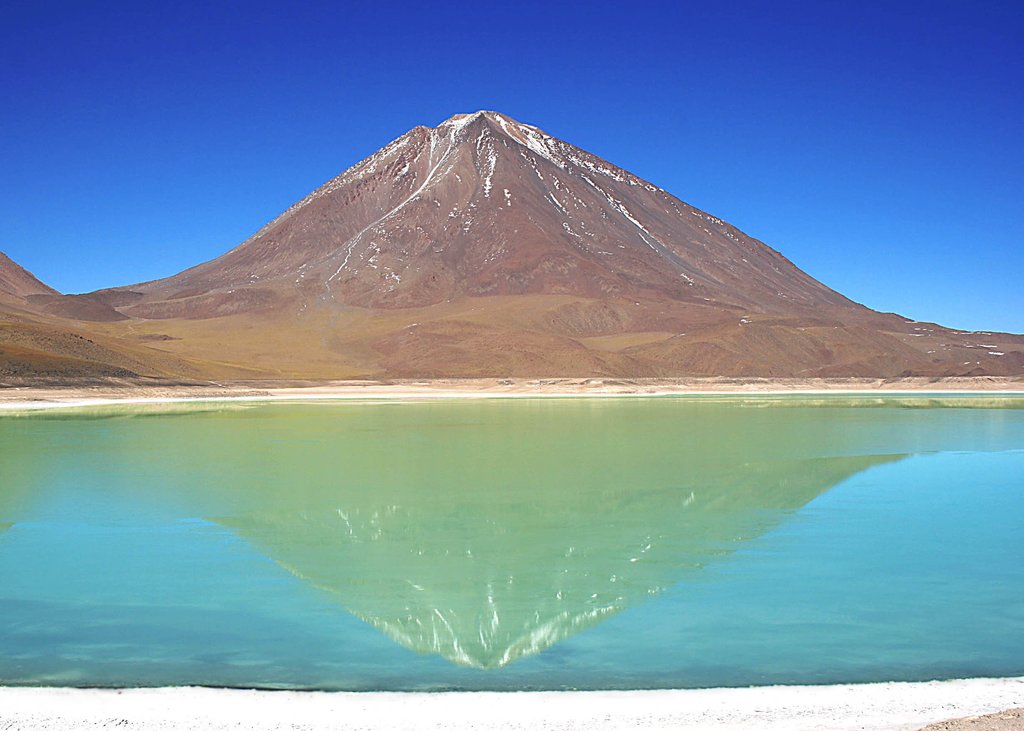 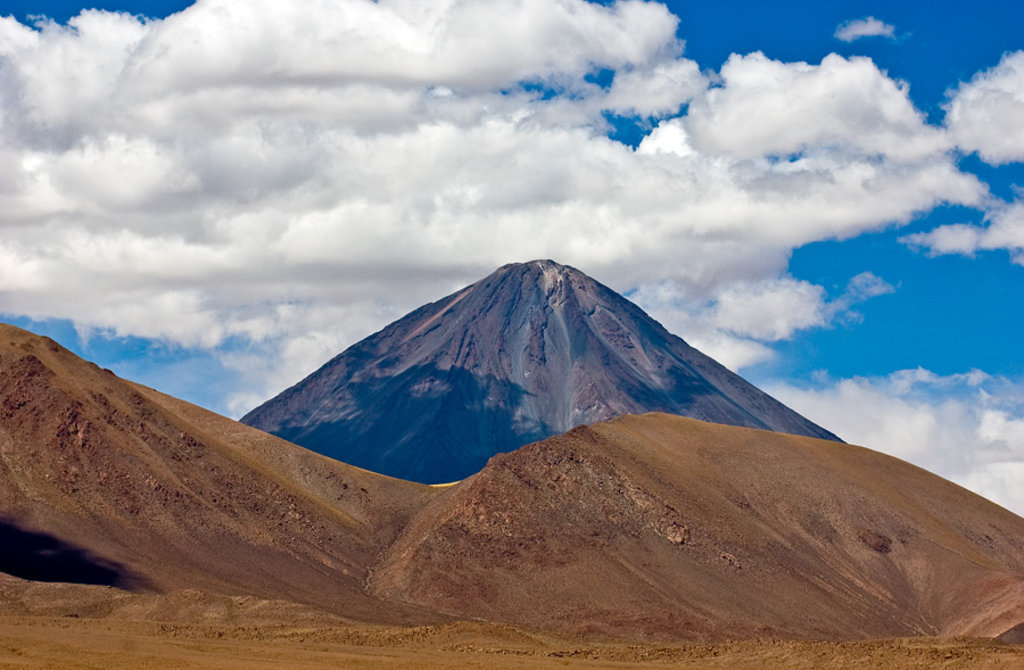 Show 2 photos
Add photo
5 926 m
Elevation
Elevation is the altitude of a place
above sea level.

1 445 m
Prominence
Peak’s prominence is the least
vertical to be covered to get from the
summit to any other higher terrain.

Proportional Prominence 4 350 m
Volcano
Most commonly a conical hill or mountain built around a vent that connects with reservoirs of molten rock below the surface of the Earth.
Location
-22.834917 S  -67.88282 W

Licancabur is a stratovolcano on the border between Bolivia and Chile, south of the Sairecabur volcano and west of Juriques. Part of the Andean Central Volcanic Zone, it has a prominent, 5,916-metre (19,409 ft)-high cone. A 400-metre (1,300 ft) summit crater containing Licancabur Lake, a crater lake which is among the highest lakes in the world, caps the volcano. Three stages of lava flow emanate from the volcano, which formed on Pleistocene ignimbrites.

Licancabur has been active during the Holocene, after the ice ages. Although no historic eruptions of the volcano are known, lava flows extending into Laguna Verde have been dated to 13,240 ± 100 BP. The volcano has primarily erupted andesite, with small amounts of dacite and basaltic andesite.

Its climate is cold, dry and very sunny, with high levels of ultraviolet radiation. Licancabur is not covered by glaciers, and vegetation such as cushion plants and shrubs are found lower on its slopes. Chinchillas were formerly hunted on the volcano.

-22.719722 S   -67.890278 W
Nearest Higher Neighbor
Sairecábur - 12.9 km
El: 5 978 m / Prom: 1 262 m
Check out a downloadable 3D model of Volcán Licancabur area. A higher resolution model can be found in the PeakVisor mobile app.
Do you have photos of Volcán Licancabur or know something about it? Please let us know!