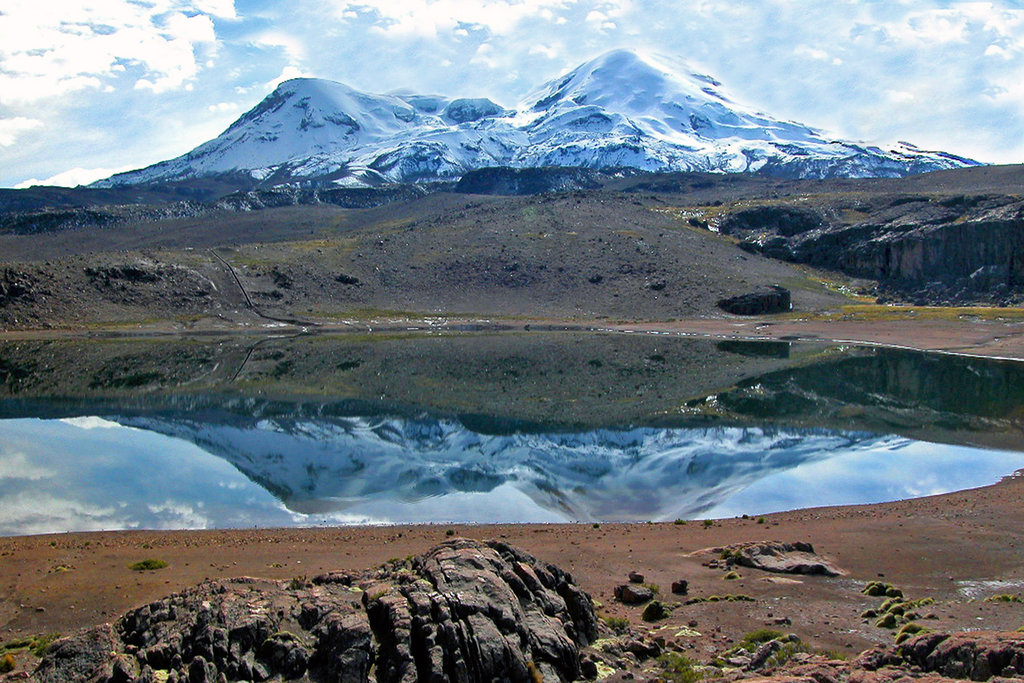 Add photo
6 425 m
Elevation
Elevation is the altitude of a place
above sea level.

2 237 m
Prominence
Peak’s prominence is the least
vertical to be covered to get from the
summit to any other higher terrain.

Proportional Prominence 5 688 m
Ultra
Mountains with prominence of 1 ⁠500 ⁠m / 4 ⁠921 ⁠ft or more.
Volcano
Most commonly a conical hill or mountain built around a vent that connects with reservoirs of molten rock below the surface of the Earth.
Location
-15.54626 S  -72.660232 W

Coropuna is a dormant volcano in the southern Peruvian Andes and belonging to the Central Volcanic Zone; its summit reaches an altitude of 6,377 metres (20,922 feet) above sea level. The volcano, located 155 kilometres (96 miles) from Arequipa, is mostly made of lava flows on a basement formed by Miocene ignimbrites. Coropuna has been active for at least five million years, with the bulk of the current cone having formed during the Pliocene–Pleistocene.

The volcano is covered by a thick ice cap, the second largest in the tropics, that has existed since at least the Pliocene and has undergone several phases of expansion and reduction. As of 2016, the ice cap is in retreat; one estimate predicts that it will disappear by 2045. The retreat of the Coropuna glaciers threatens the water supply of tens of thousands of people, and interaction between volcanic activity and glacial effects has generated mudflows that could be a hazard to surrounding populations if the mountain returns to volcanic activity.

The mountain was considered sacred by the Inca, and a number of archaeological sites have been discovered there. The Inca built the highest irrigation system in the world on Coropuna.
There's a trail leading to the summit.