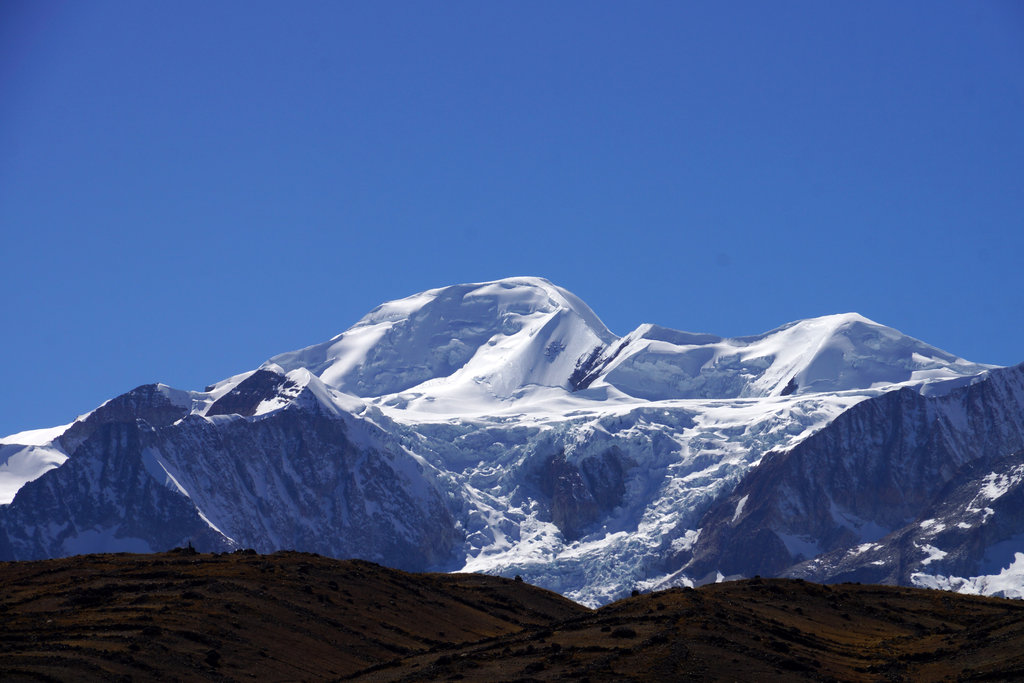 Add photo
6 427 m
Elevation
Elevation is the altitude of a place
above sea level.

1 896 m
Prominence
Peak’s prominence is the least
vertical to be covered to get from the
summit to any other higher terrain.

Ancohuma or Janq'u Uma (Aymara janq'u white, uma water, "white water", also spelled Janq'uma, other spellings, Jankho Uma, Jankhouma) is the third highest mountain in Bolivia (after Sajama and Illimani). It is located in the northern section of the Cordillera Real, part of the Andes, east of Lake Titicaca. It lies just south of the slightly lower Illampu, near the town of Sorata.