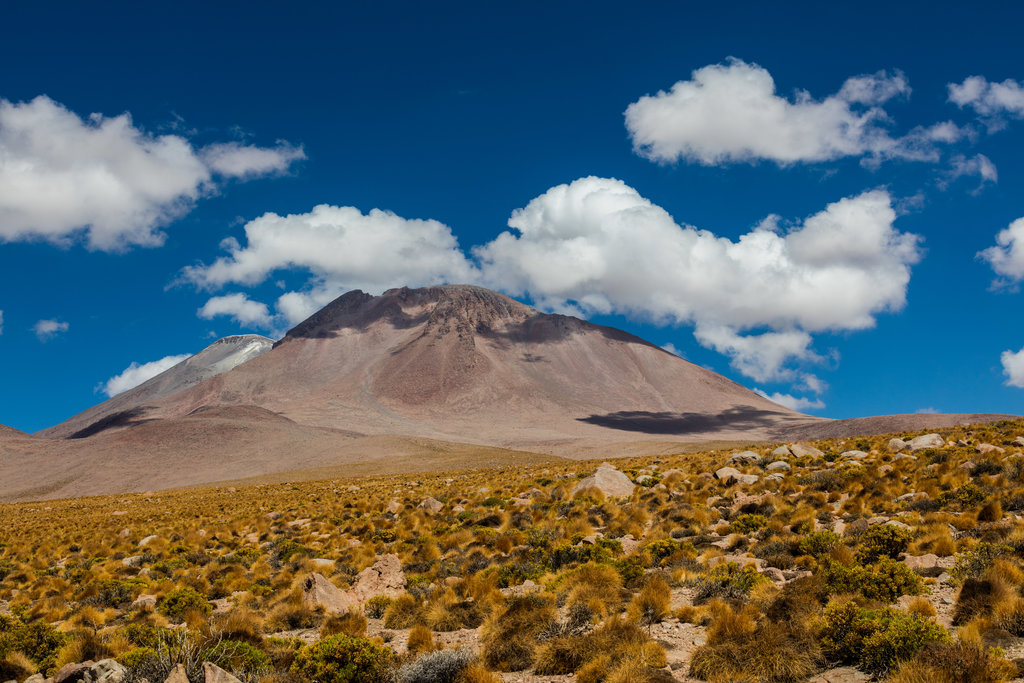 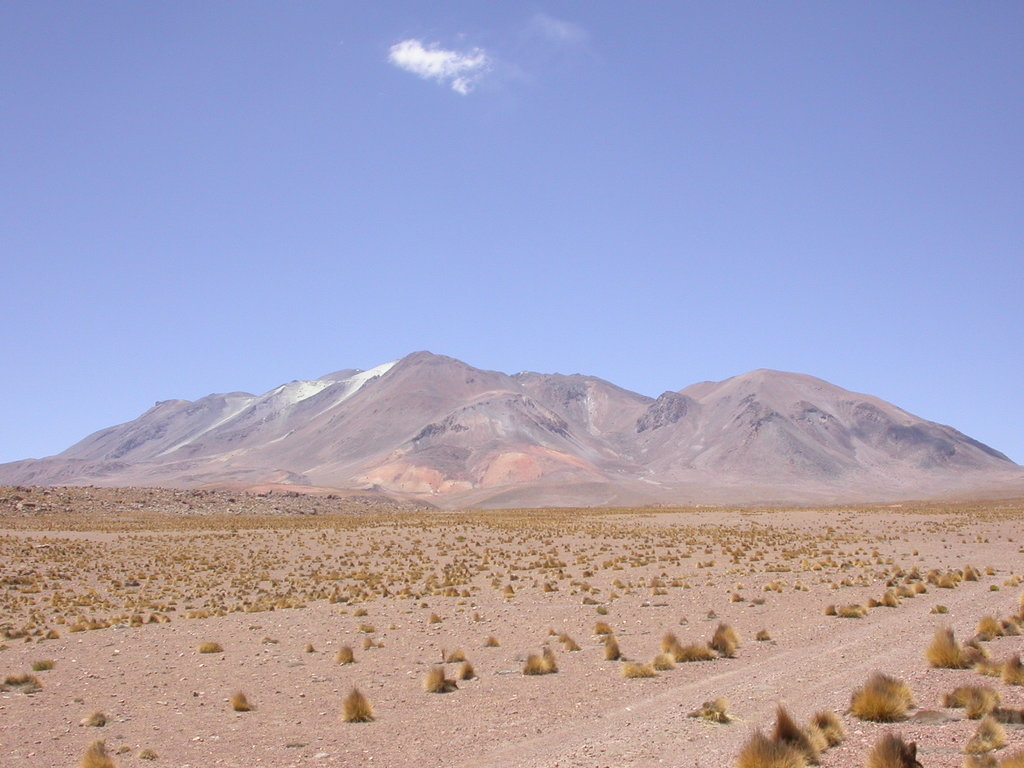 Add photo
6 174 m
Elevation
Elevation is the altitude of a place
above sea level.

2 166 m
Prominence
Peak’s prominence is the least
vertical to be covered to get from the
summit to any other higher terrain.

Proportional Prominence 5 134 m
Ultra
Mountains with prominence of 1 ⁠500 ⁠m / 4 ⁠921 ⁠ft or more.
Volcano
Most commonly a conical hill or mountain built around a vent that connects with reservoirs of molten rock below the surface of the Earth.
Location
-21.221059 S  -68.467926 W

Aucanquilcha (pronounced: OW-kahn-KEEL-chuh) is a massive stratovolcano located in the Antofagasta Region of northern Chile, just west of the border with Bolivia and within the Alto Loa National Reserve. Part of the Central Volcanic Zone of the Andes, the stratovolcano has the form of a ridge with a maximum height of 6,176 metres (20,262 ft). The volcano is embedded in a larger cluster of volcanoes known as the Aucanquilcha cluster. This cluster of volcanoes was formed in stages over eleven million years of activity with varying magma output, including lava domes and lava flows. Aucanquilcha volcano proper is formed from four units that erupted between 1.04-0.23 million years ago. During the ice ages, both the principal Aucanquilcha complex and the other volcanoes of the cluster were subject to glaciation, resulting in the formation of moraines and cirques.

The cluster has generated lava ranging in composition from andesite to dacite, with the main volcano being exclusively of dacitic composition. Systematic variations in temperature, crystal and biotite content have been recorded during the evolution of the cluster.

At Aucanquilcha volcano there is some fumarolic activity, and sulfur deposits are found at the summit. Several sulfur mines lie in the complex. One mine at an altitude of 5,950 metres (19,520 ft) was opened in 1913 and remained in use from 1950 to 1992. It was the world's highest mine during that period. Originally, sulfur obtained at the mine was transported down with llamas. Subsequently, an aerial cableway was employed to transport the sulfur to the town of Amincha. To bring the sulfur down, a road network to the summit was constructed in 1972, although it is now impassable.

In 1986, four men were reported to be living at an altitude of 5,900 metres (19,400 ft), making them the highest permanent residents on Earth.
There's a trail leading to the summit.