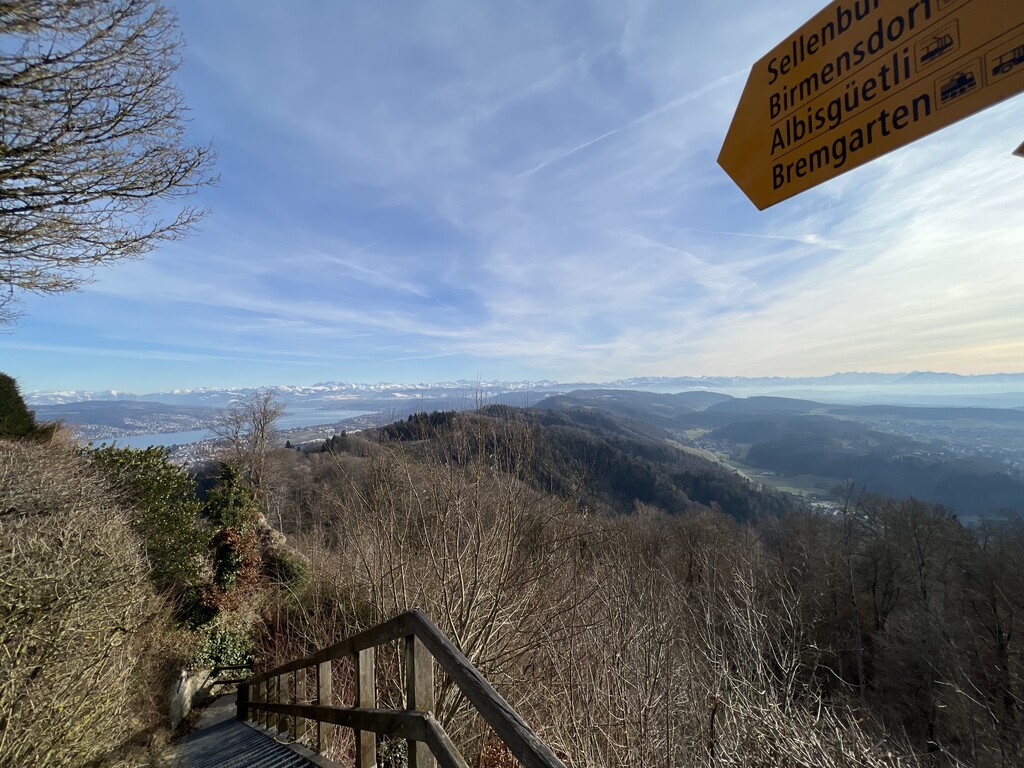 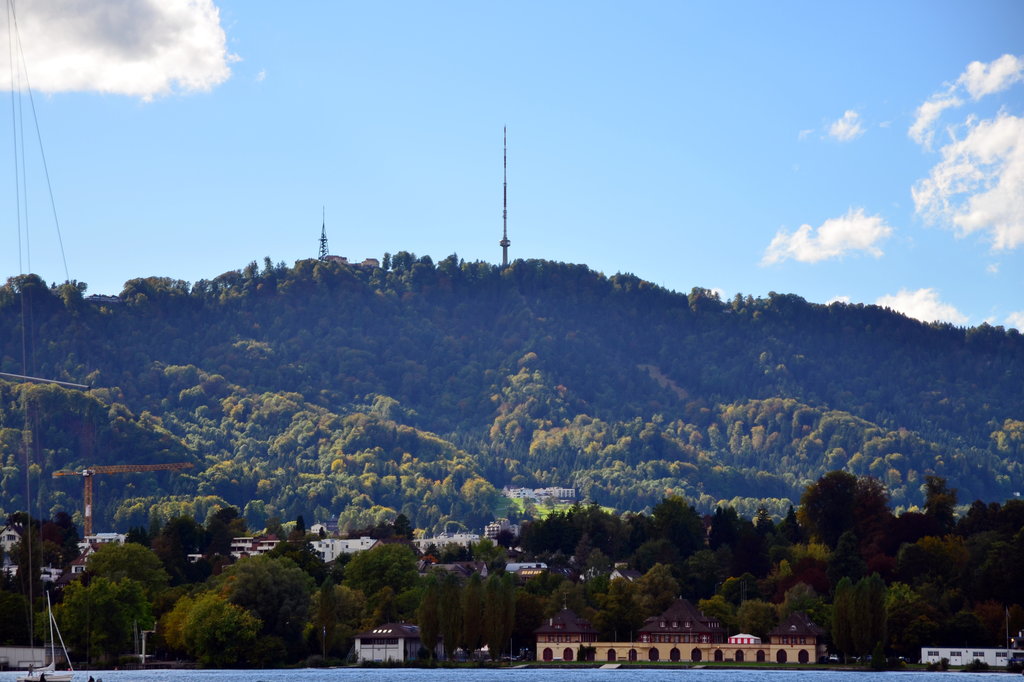 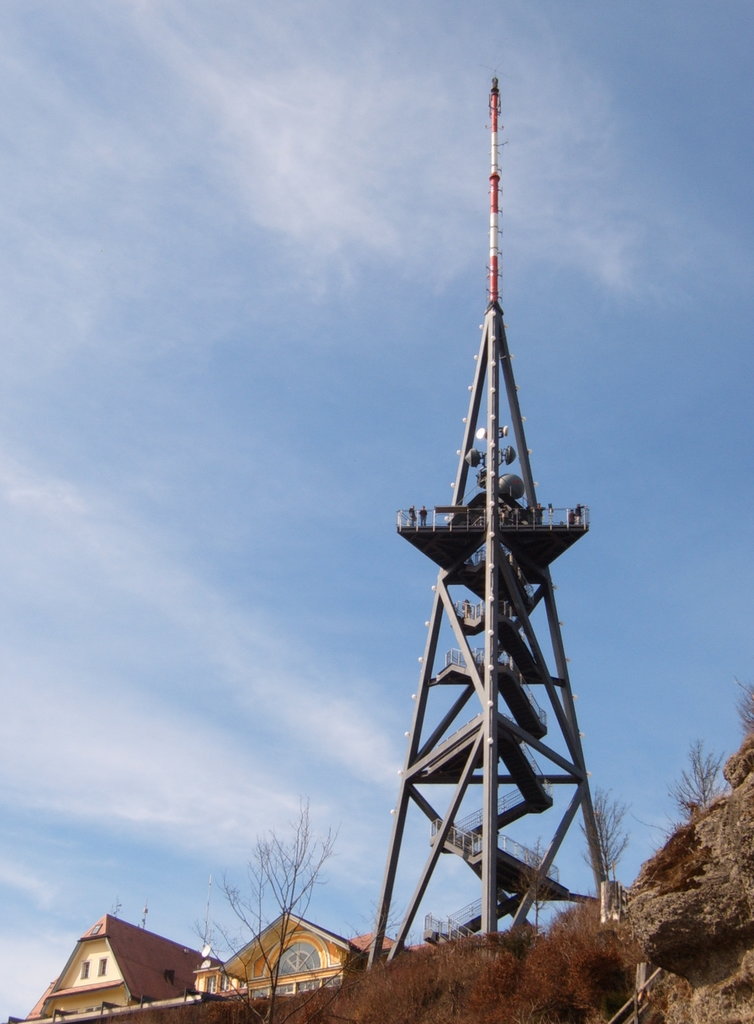 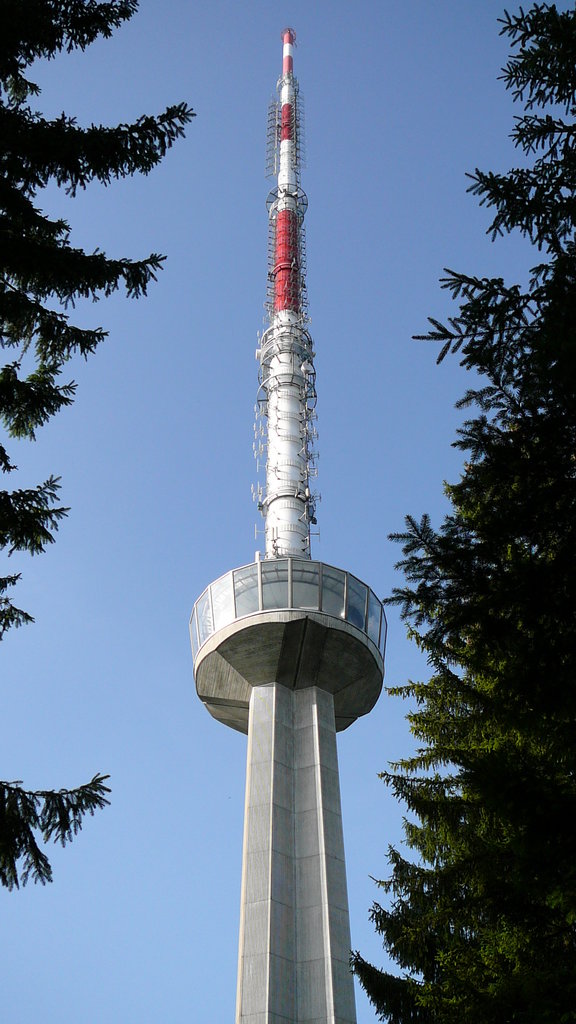 Show 5 photos
Add photo
870 m
Elevation
Elevation is the altitude of a place
above sea level.

27 m
Prominence
Peak’s prominence is the least
vertical to be covered to get from the
summit to any other higher terrain.

At the summit, there is the Hotel Uto Kulm, together with two towers. One of these is a look-out tower (access costs CHF 2, rebuilt 1990), whilst the other is the Uetliberg TV-tower (186 m, rebuilt 1990).

The summit is easily accessible by train from Zürich. Uetliberg railway station lies some 812 m (2,664 ft) from, and 68 m (223 ft) below, the summit of the Uetliberg. It is the terminus of the Uetliberg line, and is linked to Zürich Hauptbahnhof by S-Bahn Zürich service S10. Trains usually run every half-hour, taking 20 minutes.

There are numerous walking paths leading up to the top from Albisgüetli, Triemli or Albisrieden with frequent water fountains and camping spots. Uetliberg also has a downhill mountain bike track which starts in the camping area at the top of the mountain and finishes next to Triemli railway station, also served by the S10. A panoramic footpath leads along the crest of the Albis ridge to Felsenegg, from where the Adliswil-Felsenegg cable car connects to Adliswil and the S4 S-Bahn service in the valley below.

The Uetliberg gives its name to the Zürich-based Uto section of the Swiss Alpine Club, and to the Uto Peak in the Selkirk Mountains of Canada, which was first climbed by members of the Uto section.

There's a trail leading to the summit. Uetliberg is one of the 8 peaks along the Zürich-Zugerland Panoramaweg.

47.285728 N   8.507974 E
Nearest Higher Neighbor
Forchbüel - 7.2 km SSE
El: 875 m / Prom: 85 m
Check out a downloadable 3D model of Uetliberg area. A higher resolution model can be found in the PeakVisor mobile app.
Do you have photos of Uetliberg or know something about it? Please let us know!