711 m
Elevation
Elevation is the altitude of a place
above sea level.

439 m
Prominence
Peak’s prominence is the least
vertical to be covered to get from the
summit to any other higher terrain.

Location
55.59153 N  -3.662756 W
Tinto is a hill in South Lanarkshire, Scotland. Tinto is an outlying hill of the Southern Uplands, comprising little more than this one top, which stands on the west bank of the River Clyde, some 8 kilometres (5.0 mi) west of Biggar. The peak is also called "Tinto Tap", with the name Tinto possibly deriving from the Scottish Gaelic word teinnteach, meaning "fiery", which may refer to its ancient past as a look out beacon.

An old Scots children's rhyme tells of the "kist in the mist" at "Tintock tap", kist being the Scots word for "chest".

On Tintock tap, there is a mist,

And in that mist, there is a kist,

And in that kist, there is a cup,

And in that cup, there is a drap.

Tak' up that cup, and drink that drap, that's in yon kist, on Tintock tap!

It is accessible for walking (moderate to difficult) and is one of the premier locations for hanggliding and paragliding. Tinto is located near the small villages of Thankerton and Wiston.

Tinto is also the venue for one of the most popular hill running races in Scotland which is held annually in November.

There's a hiking trail (T2) leading to the summit. 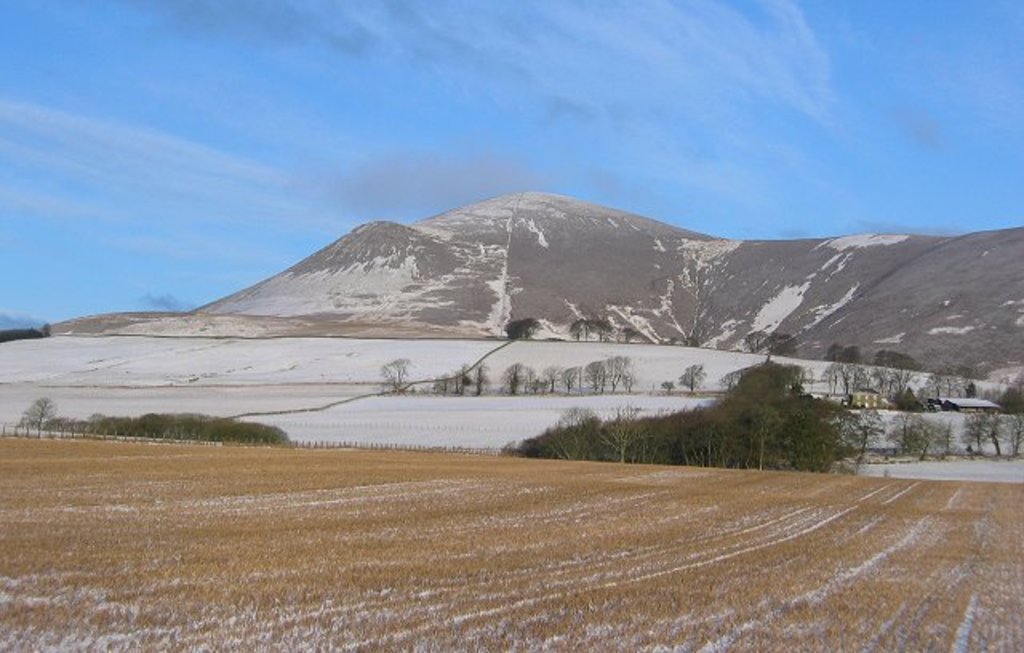 3D View
Tinto Hill model
Check out a downloadable 3D model of Tinto Hill area. A higher resolution model can be found in the PeakVisor mobile app.
Do you have photos of Tinto Hill or know something about it? Please let us know!