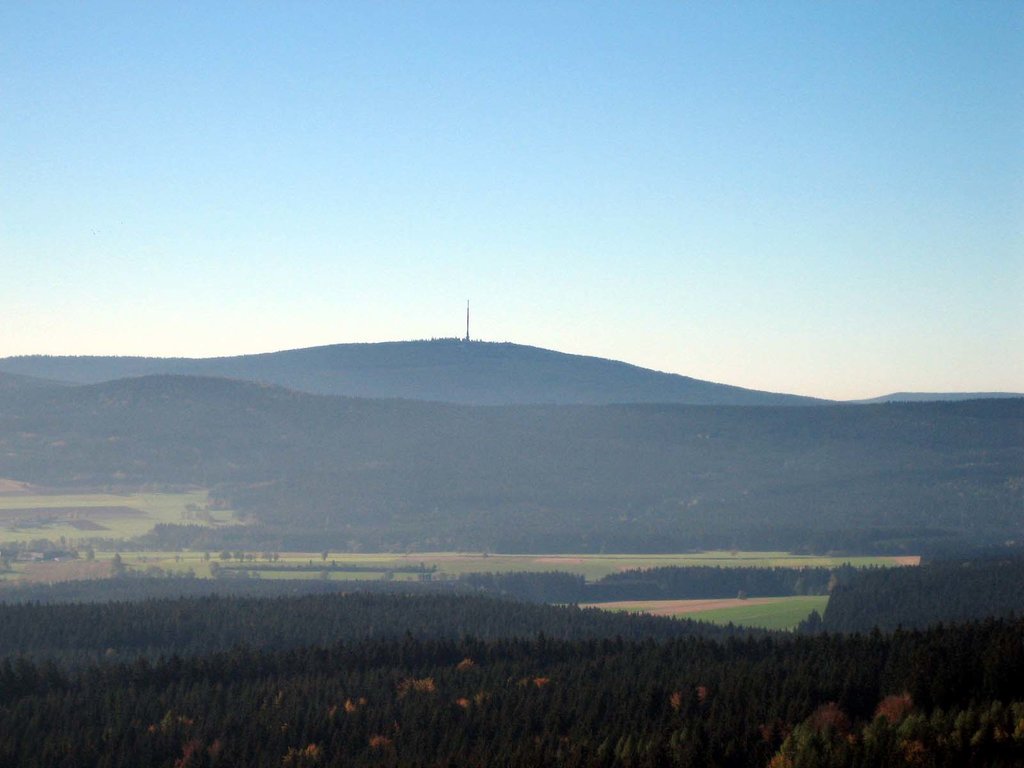 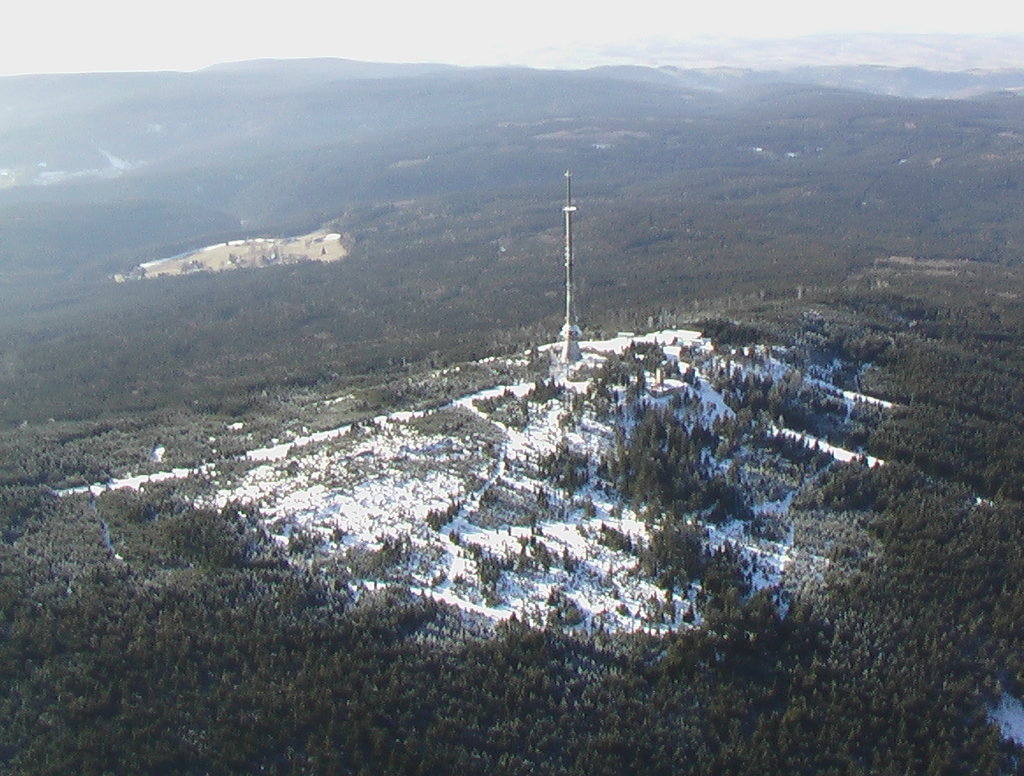 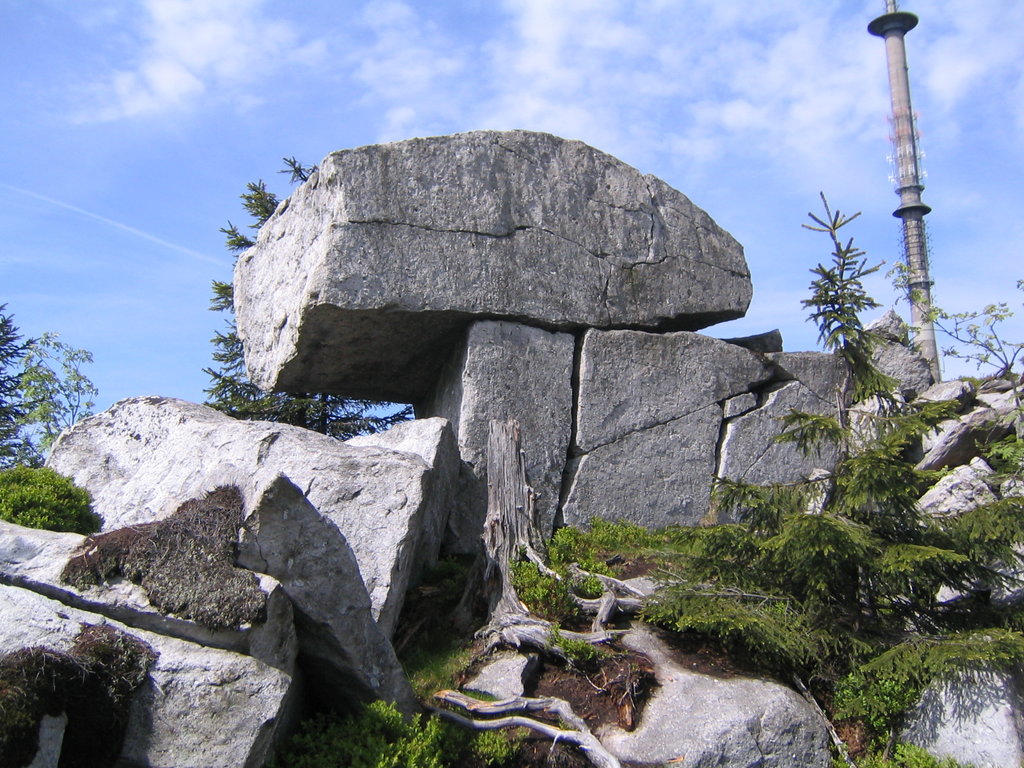 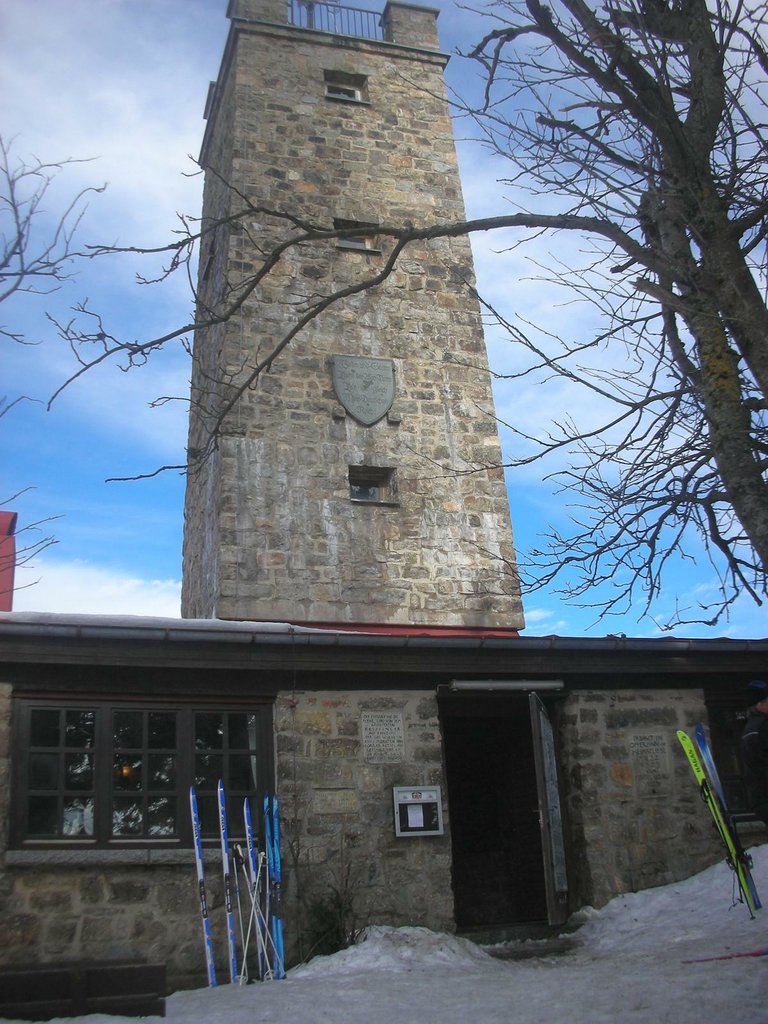 Show 2 photos
Add photo
1 024 m
Elevation
Elevation is the altitude of a place
above sea level.

252 m
Prominence
Peak’s prominence is the least
vertical to be covered to get from the
summit to any other higher terrain.

The Ochsenkopf is the second-highest mountain in the Fichtel Mountains with a height of 1,024 metres (3,360 ft). On its summit is an observation tower (the Asenturm) and a transmission tower for VHF and TV programmes by Bayerischer Rundfunk.

There are cable cars to the Ochsenkopf from south and north. The valley stations are, in the north, in the village of Bischofsgrün and, in the south, in Fleckl, part of the municipality of Warmensteinach.

In winter there is skiing on the Ochsenkopf. In summer a sommerrodelbahn (dry toboggan run) can be used. This is accessible from the northern valley station. In addition since July 2007 there has been a tree-walk (Kletterwald), that can be used by individuals or groups.

The White Main - the right-hand, northern headstream of the River Main - rises just a short distance to the east of the mountain, above the village of Fichtelberg as does the Fichtelnaab, a headstream of the Naab. The European Watershed also runs over the mountain. The Naab flows south towards the Danube, the Main west to the Rhine.
There's a hiking trail (T1) leading to the summit. Ochsenkopf is one of the 27 peaks along the multi-day Main-Donau-Weg.

The nearest mountain hut is Karl-Bernhard-Hütte located 1 967m/6 453ft undefined of the summit.

50.050833 N   11.851944 E
Nearest Higher Neighbor
Schneeberg - 3.9 km ENE
El: 1 051 m / Prom: 481 m
Check out a downloadable 3D model of Ochsenkopf area. A higher resolution model can be found in the PeakVisor mobile app.
Do you have photos of Ochsenkopf or know something about it? Please let us know!