Ultra
Mountains with prominence of 1 ⁠500 ⁠m / 4 ⁠921 ⁠ft or more.
Location
-5.781635 S  145.03056 E
Mount Wilhelm (German: Wilhelmsberg) is the highest mountain in Papua New Guinea at 4,509 metres (14,793 ft). It is part of the Bismarck Range and the peak is the point where three provinces, Simbu, Jiwaka and Madang, meet. The peak is also known as Enduwa Kombugluor Kombugl'o Dimbin in the local Kuman language, a Papuan language.

The mountain is on the island of New Guinea, which incorporates Papua New Guinea and the Indonesian province of Papua. It is surpassed by Puncak Jaya, 4,884 m (16,024 ft), and several other peaks in Indonesian Papua.

Mount Wilhelm may be claimed as the highest mountain in Oceania (including Australia and New Zealand), on account of Indonesia being partially in Asia. A Seven Summits list sometimes includes Mount Wilhelm.
There's a trail leading to the summit.

2 964 m
Prominence
Peak’s prominence is the least
vertical to be covered to get from the
summit to any other higher terrain. 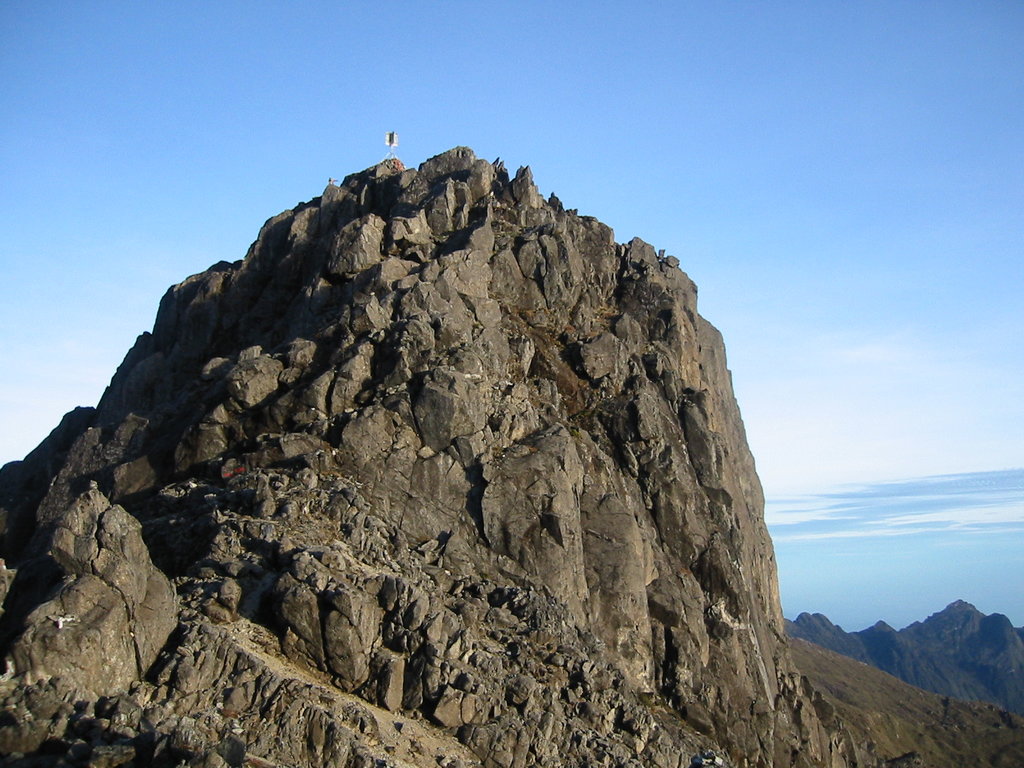 Check out a downloadable 3D model of Mount Wilhelm area. A higher resolution model can be found in the PeakVisor mobile app.
Do you have photos of Mount Wilhelm or know something about it? Please let us know!