1 230 m
Elevation
Elevation is the altitude of a place
above sea level.

7 m
Prominence
Peak’s prominence is the least
vertical to be covered to get from the
summit to any other higher terrain.

Mount Sunflower is located on private land owned by Ed and Cindy Harold, who encourage visitors to the site. Amenities include a picnic table, a little free library, a sunflower sculpture made from railroad spikes, and a plaque on the site stated, "On this site in 1897, nothing happened." As of 2015, however, that sign is missing, evidently stolen. Additionally, there is a mailbox on site with a registration book inside where you can write your name, where you are from, and how many in your party.

Access is via county dirt roads to the edge of the property, then across a cattle guard and onto a private dirt road through a cattle grazing pasture to the summit.

The state of Kansas gradually increases in elevation from the east to the west. As such, "Mount" Sunflower, while the highest point in the state in terms of elevation, is virtually indistinguishable from the surrounding terrain. 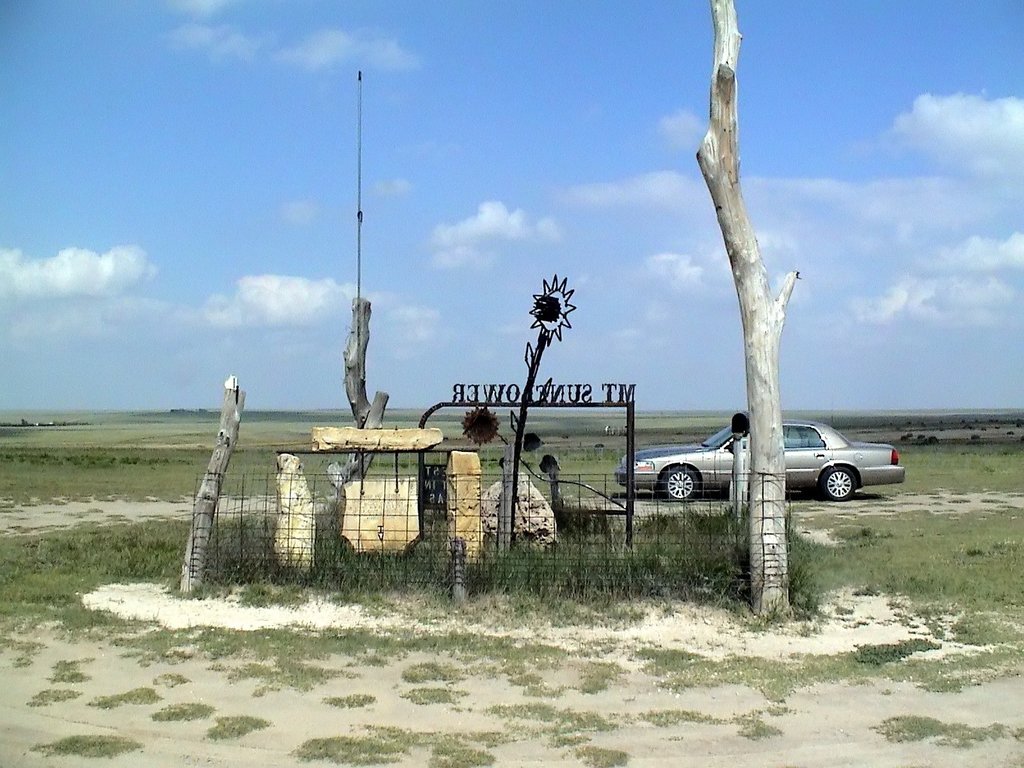 39.035833 N   -102.078056 W
Nearest Higher Neighbor
Agate Mound - 47.4 km WSW
El: 1 358 m / Prom: 7 m
Check out a downloadable 3D model of Mount Sunflower area. A higher resolution model can be found in the PeakVisor mobile app.
Do you have photos of Mount Sunflower or know something about it? Please let us know!