1 895 m
Elevation
Elevation is the altitude of a place
above sea level.

1 771 m
Prominence
Peak’s prominence is the least
vertical to be covered to get from the
summit to any other higher terrain.

Proportional Prominence: 1 796 m
Top 10 of the Ural-mountains
Top 10 mountains of the region by elevation with prominence bigger than 300 ⁠m / 984 ⁠ft.
Ultra
Mountains with prominence of 1 ⁠500 ⁠m / 4 ⁠921 ⁠ft or more.
Location
65.0349 N  60.113956 E
Mount Narodnaya (also known as Naroda and Poenurr; Russian: Гора Народная, На'рода-Из; "People's Mountain") is the highest peak of the Urals in Russia. Its elevation is 1,894 metres (6,214 ft). It is in Khanty–Mansi Autonomous Okrug in Tyumen Oblast, 0.5 km to east from the border of Komi Republic. The name refers to Naroda River, which originates from the mount), located in the Research Range.

It is the highest point in European Russia outside the Caucasus. This leads to its large topographic prominence of 1,772 metres (5,814 ft). Narodnaya is located in the Ural mountains water divide, and therefore on the border between Europe and Asia: the Naroda river flows south-east from the summit into the Ob river in Siberia, and the Kos'yu river flows north-west from the summit into the Pechora river in Europe.

The easiest route to the summit is a technically easy hike on the moderate north-west slope. Depending on snow and ice conditions, crampons may be required. The south wall of Narodnaya is steeper and less commonly used to reach the summit.
There's a trail leading to the summit. 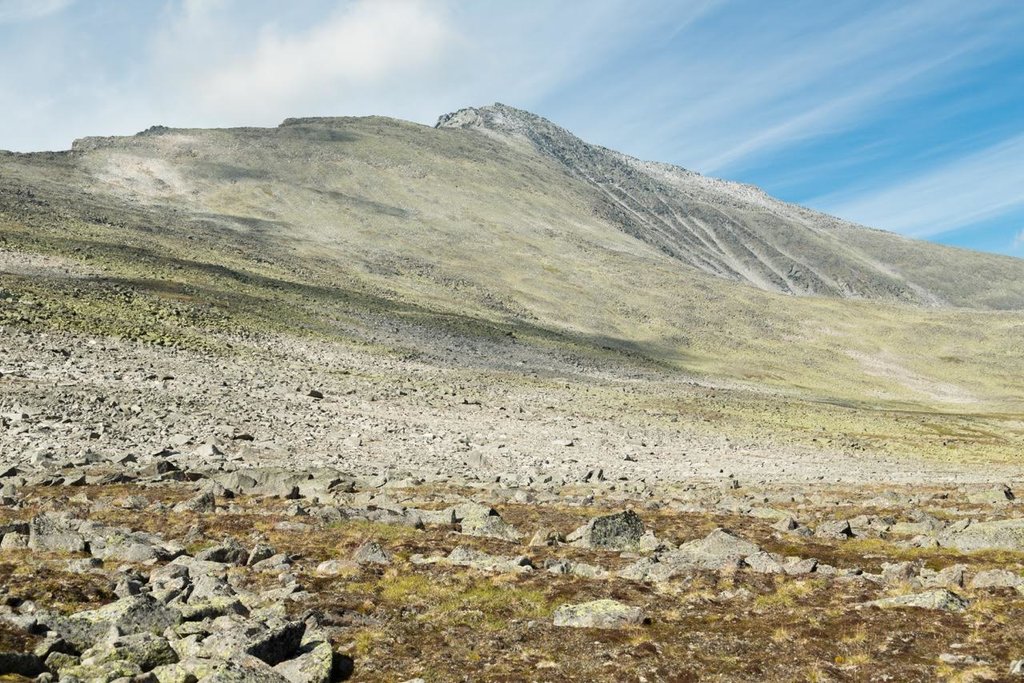 68.14544 N   18.62243 E
Nearest Higher Neighbor
Kåtotjåkka - 1 830.5 km W
El: 1 991 m / Prom: 1 116 m
Check out a downloadable 3D model of Mount Narodnaya area. A higher resolution model can be found in the PeakVisor mobile app.
Do you have photos of Mount Narodnaya or know something about it? Please let us know!