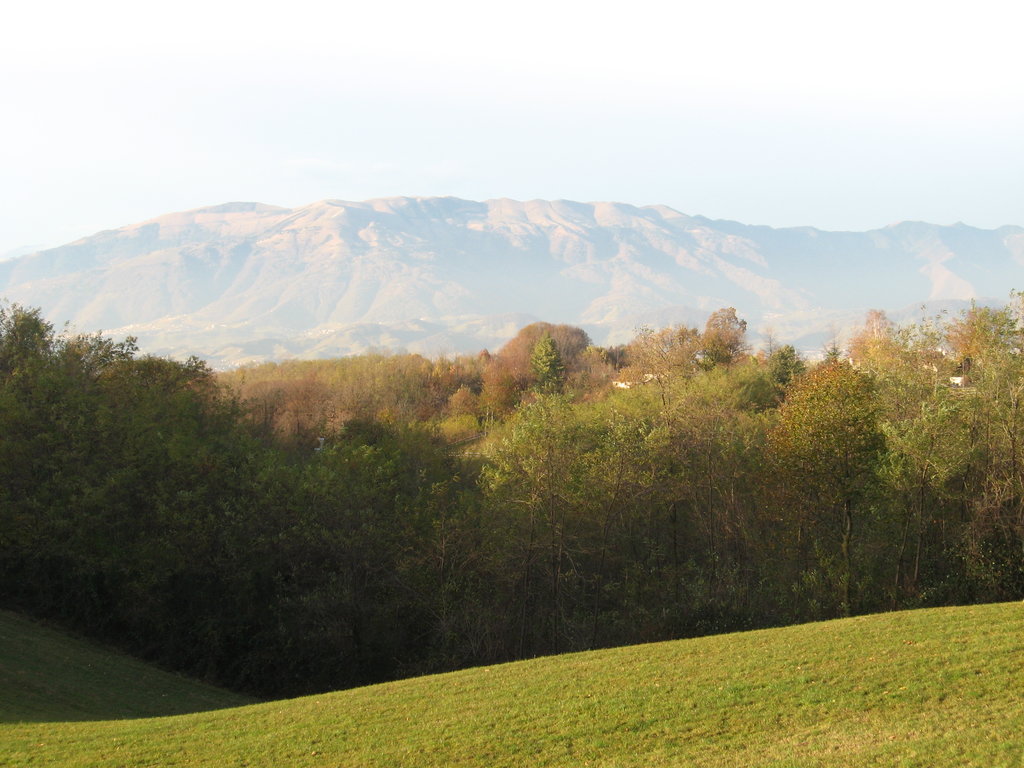 Add photo
371 m
Elevation
Elevation is the altitude of a place
above sea level.

228 m
Prominence
Peak’s prominence is the least
vertical to be covered to get from the
summit to any other higher terrain.

Montello is a hill in the province of Treviso, Veneto, northern Italy, and the site of a World War I battle.

The bean-shaped hill measures about 5 km north-south by 13 km east-west. It rises to a maximum of 371 m elevation from the alluvial plain of the Piave River, which runs along the north and west edges of the hill, at about 140 m elevation.

Montello is crossed in the east-west direction by a local road that begins as Via 18 Giugno in the town of Pederiva di Biadene, continues as Strada La Dorsale and Via Frati, and ends as Via Ossario in the town of Nervesa della Battaglia. Several local roads in the general north-south direction connect this "dorsal spine" of the Montello to the two main alternative routes around the hill, either along on its southern margin (comprised by Stradone del Bosco, Via Fra Giocondo, Via Pedemontana, Via Francesco Baracca, Via Arditi, Via Armando Diaz) or along the northern margin (the Panoramic Road, comprised by Via Gabriele d'Annunzio, Via Nord Montello, Via Riviera Piave, Via Decima Armata).

The hill is covered with a mix of wooded areas, residential homes, and small farms. The church and monument of Santa Maria della Vittoria, built after the battle of 1918, is located on top of Montello, about 3.5 km north of Volpago (to which it belongs) and 5 km east from Pederiva.
There's a trail leading to the summit.