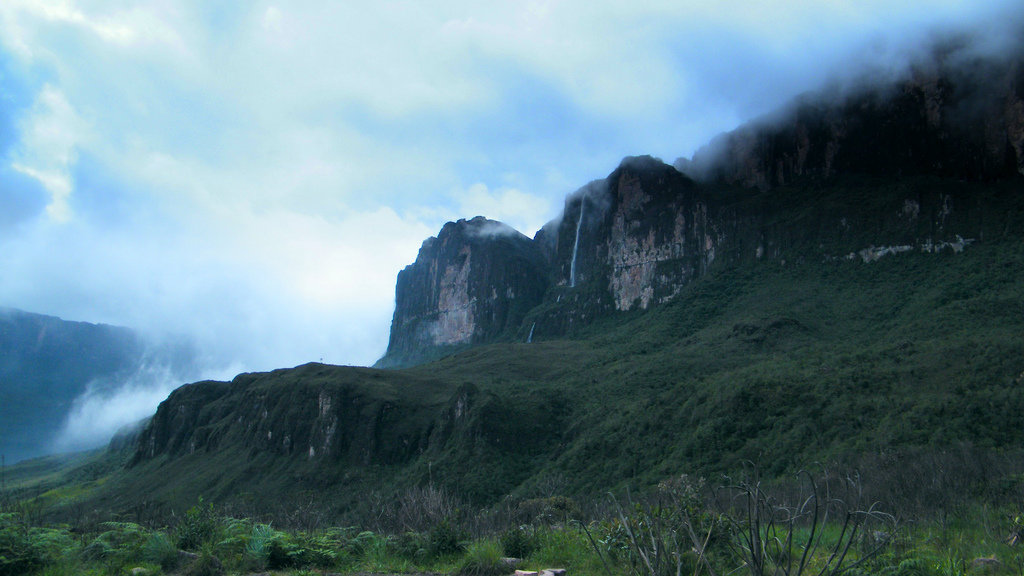 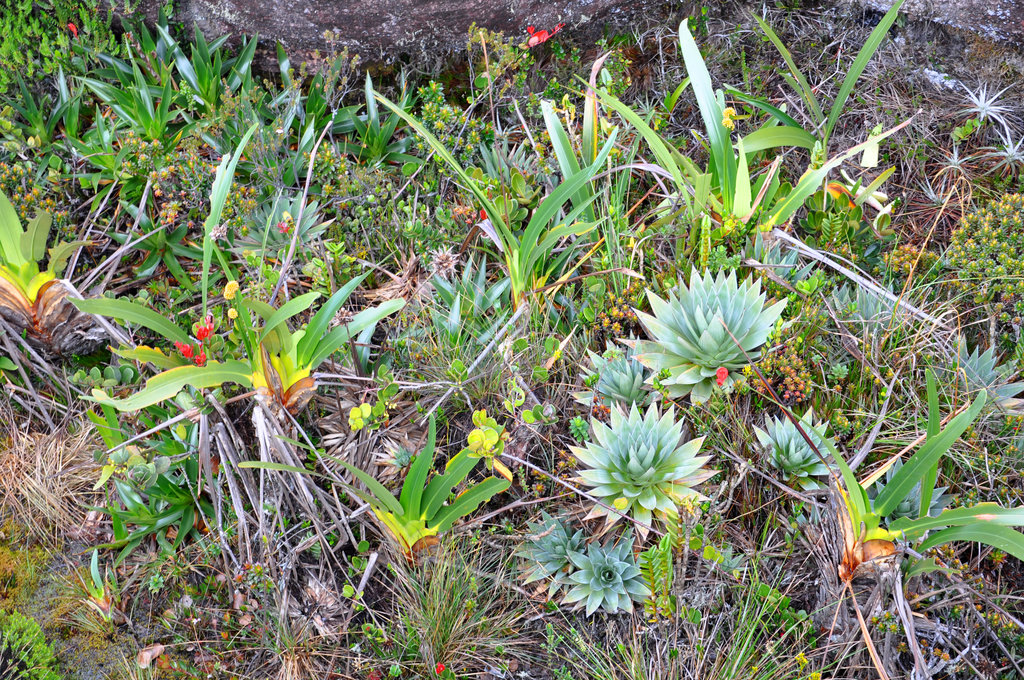 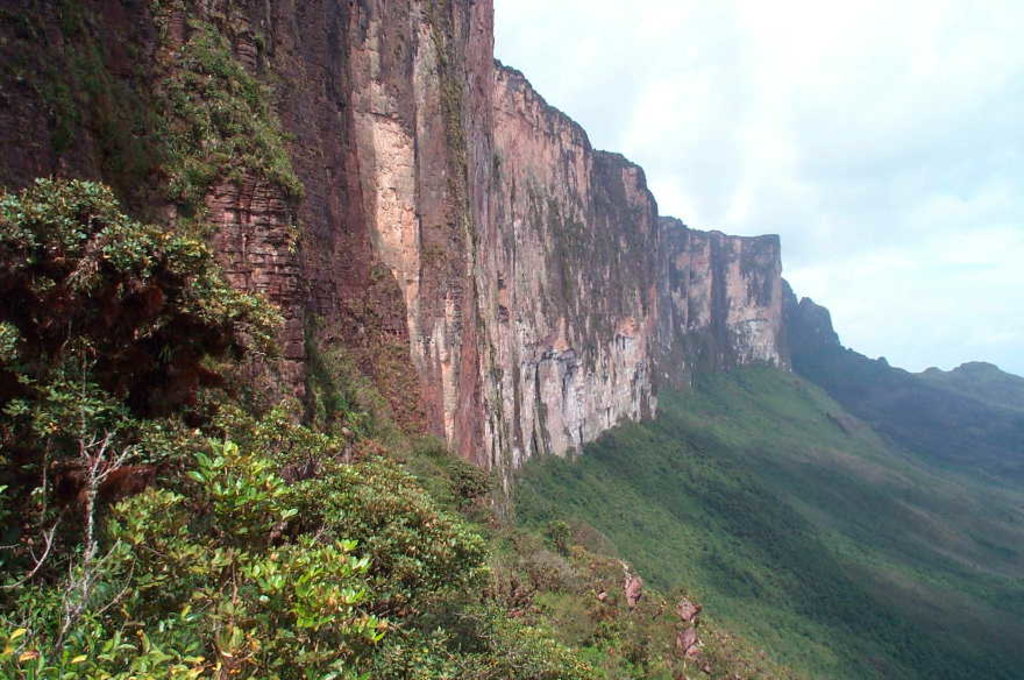 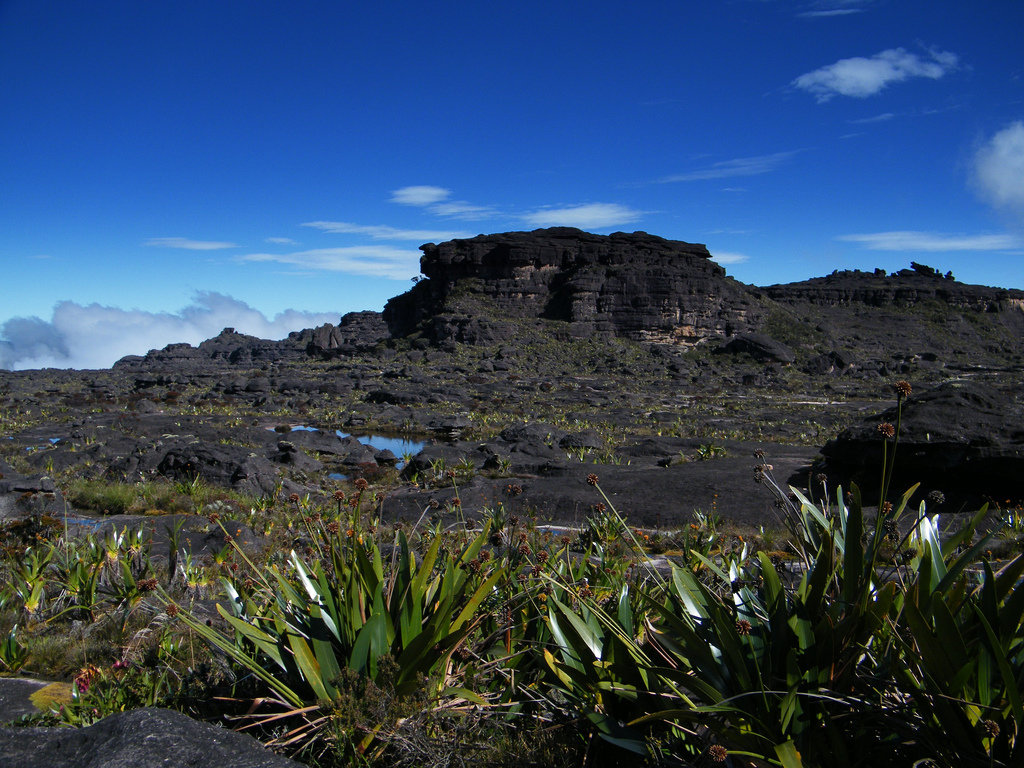 Show 4 photos
Add photo
2 718 m
Elevation
Elevation is the altitude of a place
above sea level.

440 m
Prominence
Peak’s prominence is the least
vertical to be covered to get from the
summit to any other higher terrain.

Mount Roraima (Spanish: Monte Roraima [ˈmonte roˈɾaima], also known as Tepuy Roraima and Cerro Roraima; Portuguese: Monte Roraima [ˈmõtʃi ʁoˈɾajmɐ]) is the highest of the Pakaraima chain of tepui plateaus in South America.:156 First described by the English explorer Sir Walter Raleigh during his expedition in 1595, its 31 km2 summit area:156 is bounded on all sides by cliffs rising 400 metres (1,300 ft). The mountain also serves as the triple border point of Venezuela (85% of its territory), Guyana (10%) and Brazil (5%).:156

Mount Roraima lies on the Guiana Shield in the southeastern corner of Venezuela's 30,000-square-kilometre (12,000 sq mi) Canaima National Park forming the highest peak of Guyana's Highland Range. The tabletop mountains of the park are considered some of the oldest geological formations on Earth, dating back to some two billion years ago in the Precambrian.