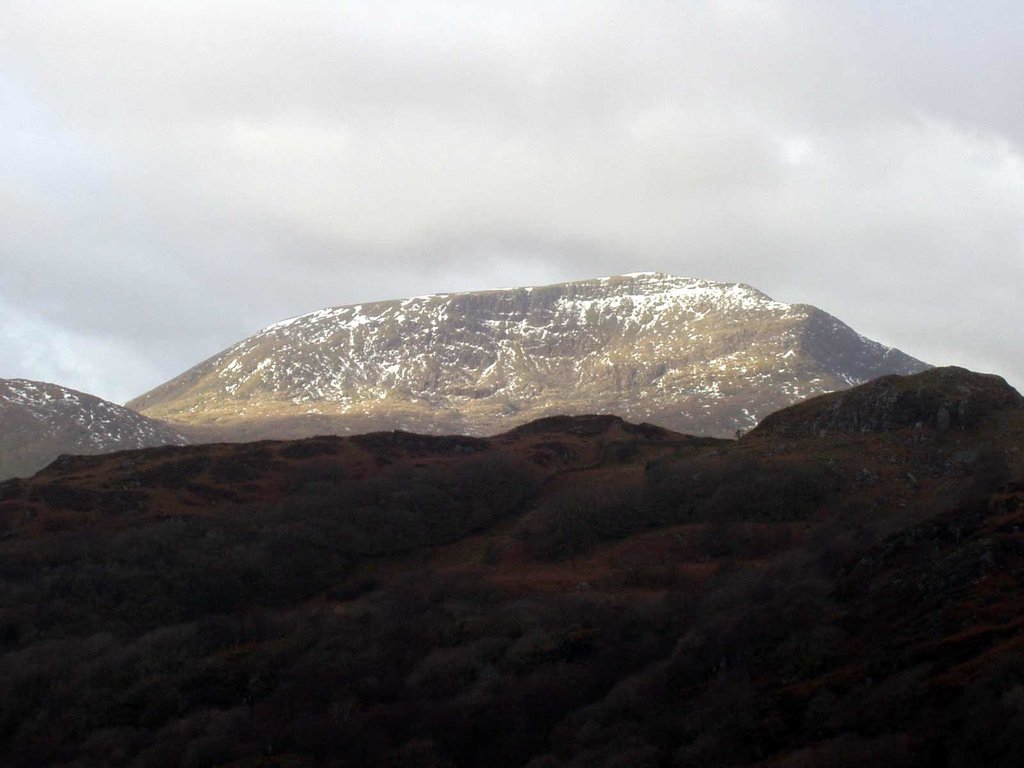 Add photo
783 m
Elevation
Elevation is the altitude of a place
above sea level.

586 m
Prominence
Peak’s prominence is the least
vertical to be covered to get from the
summit to any other higher terrain.

Moel Hebog (Welsh for Bare Hill of the Hawk) is a mountain in Snowdonia, north Wales which dominates the view west from the village of Beddgelert. It gives name to a whole range of peaks in the north-western corner of Snowdonia, which include the Nantlle Ridge and Mynydd Mawr.

From that side, Moel Hebog has a rocky face with a distinctive pointed summit, although from other sides, it appears more rounded. The exposed rock means that it is often visited by students of geology. Much of the mountain consists of welded, fiamme rich rhyolitic tuff.

It is often climbed from Beddgelert and it can be combined with the nearby mountains of Moel yr Ogof and Moel Lefn for a longer walk. This route, however, does involve some easy scrambling.

On Moel yr Ogof can be found Owain Glyndŵr's Cave. The view of Moel Hebog and Llyn Gwynant from the north near Snowdon is one of the most photographed in Snowdonia.

A late bronze age shield was found in a bog near Moel Hebog in 1784. It is now in the British Museum's collection.
There's a trail leading to the summit.