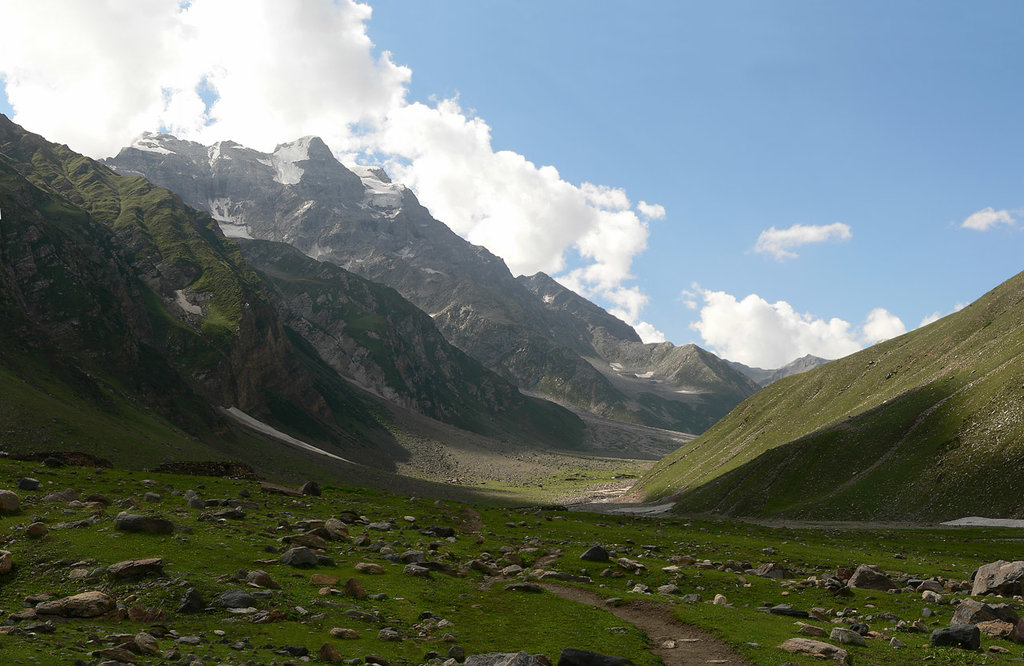 Add button
5 290 m
Elevation
Elevation is the altitude of a place
above sea level.

1 357 m
Prominence
Peak’s prominence is the least
vertical to be covered to get from the
summit to any other higher terrain.

Imran Junaidi from Pakistan and Jens Simonsen from Denmark climbed the Malika Parbat (North) peak in July, 2012. Imran Junaidi is the first Pakistani to have climbed the North peak. The mountain is considered non-climbable among the local population due to steepness and other mountain as well as supernatural hazards.

Recently, an expedition of four members led by Ahmed Mujtaba Ali (Pakistan) and including of reported to Summit the Malika Parbat in the month of August 2012. Other members of the expedition were Ahmed Naveed, Kammal Haider, and Saqib Ali. Rashid Butt lost his life while descending down the sheer slopes on South Peak.

This is for the very first time that a couple of expeditions attempted the peak and succeeded in reaching the sky. Malika Parbat is considered to be the most technical peak above 5,000 metres.

There are other peaks which offer considerable climbing difficulty in Siran Basin, Khabanar Valley and Burji Valley, while from Burawai, another cirqua of low peaks is equally good for mountaineering.

A Pakistani and Danish Climber have marked history by reaching the peak of ‘Malika Parbat’ (North Peak) at 5,290 meter, which is the highest mountain in the Hazara Division. It is the first ever time that a Pakistani climber, Imran Junaidi, has climbed this peak.

Danish climber and also Deputy Head of Mission at the Danish Embassy in Islamabad, Jens J. Simonsen stated upon his return that “It was really important for me to do this ascent with a Pakistani climber, not only as an expression of my friendship with Pakistani climbers, but also as a small concrete expression of the friendship between Denmark and Pakistan.” “Pakistan is a country of so many strengths and beautiful natural resources, which is breathtaking, especially for us who come from abroad and knew very little about Pakistan. Our relations have never been stronger and we would like to continue working together and extend Pakistan the support it needs to grow and prosper,” he said.

‘Malika Parbat’ is the highest mountain in the Hazara Division, and it is clearly visible from the popular tourist spot of Lake Saiful Maluk in Kaghan Valley.

The mountain is however, considered non-climbable among the local population due to steepness and other mountain hazards. Pakistani climber of the two-man team, Imran Junaidi also shared that he was extremely happy to have taken on this challenge and to have climbed together with his Danish friend and climber, Simonsen. “The climb was no doubt quite challenging at times, but sometimes you have to fight a little for your friendships and for your dreams.”