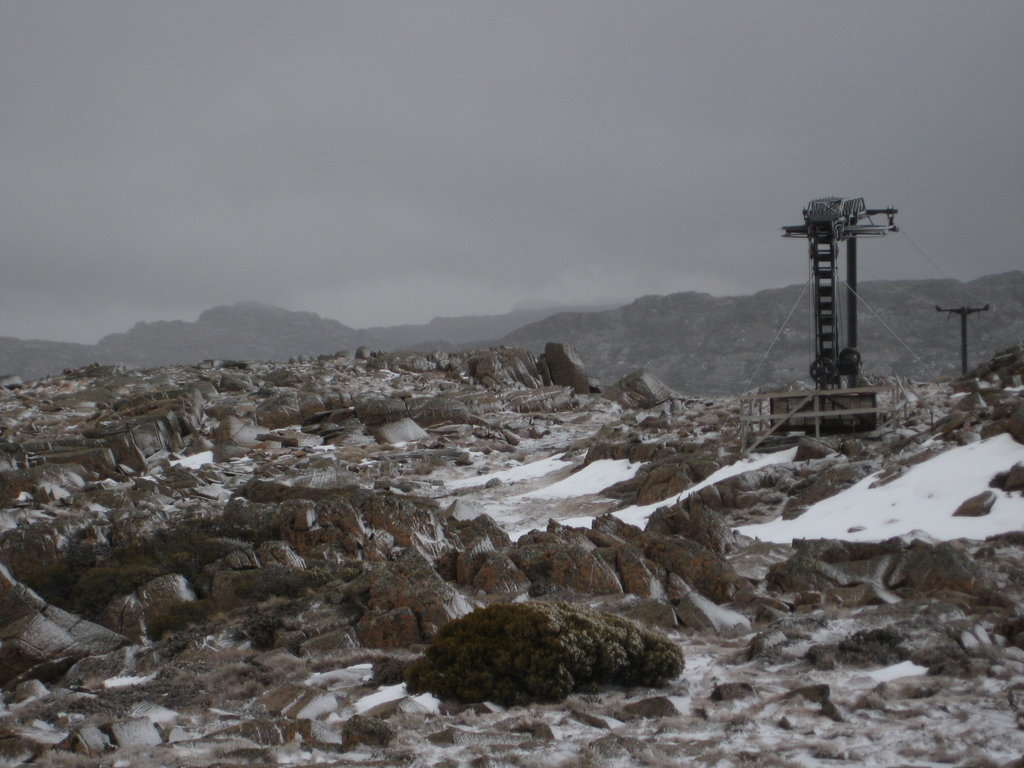 Add photo
1 572 m
Elevation
Elevation is the altitude of a place
above sea level.

1 300 m
Prominence
Peak’s prominence is the least
vertical to be covered to get from the
summit to any other higher terrain.

The Legges Tor is the summit of the Ben Lomond mountain range in northeast Tasmania, Australia.

It is the second highest mountain in Tasmania and named after William Vincent Legge who explored the region. It is an unimposing feature on the plateau, being a rocky knoll behind the more spectacular cliffs of Giblin Fells, yet as the summit of the national park it is a popular destination with bushwalkers. A walking track leads to the summit from the ski village and from Carr Villa hut in the northern foothills of Ben Lomond.

Before Legges Tor was surveyed, Stacks Bluff (at the plateau's southern extremity) was thought to be the highest elevation on the Ben Lomond plateau. From 1905 to 1912 a full survey of Ben Lomond was conducted by Legge and his survey party. The survey party explored the highlands on the north of the plateau in 1907. Legge had long suspected that the north of the plateau was higher than the trigonometric station on Stacks Bluff although it is less obviously elevated from casual observation. Moreover, the area was, at the time, an area so remote and unexplored that Legge described it as 'untrodden as the distant ranges of the west coast'. Lyndhurst Giblin, a member of legge's survey party, climbed and measured the true summit and named it after Legge and, in turn, the prominent bluff to the south of the summit was named for Giblin's father - Giblin Fells.
There's a trail leading to the summit.

The nearest mountain hut is null located 574m/1 884ft ESE of the summit.