3 904 m
Elevation
Elevation is the altitude of a place
above sea level.

1 196 m
Prominence
Peak’s prominence is the least
vertical to be covered to get from the
summit to any other higher terrain.

Proportional Prominence 2 364 m
Volcano
Most commonly a conical hill or mountain built around a vent that connects with reservoirs of molten rock below the surface of the Earth.
Location
19.737494 N  -99.75911 W
Jocotitlán, also known as Xocotépetl (from Nahuatl Xocotepētl, meaning 'mountain of the sweet and sour fruits'), is a volcano in the Jocotitlán and Atlacomulco municipalities, in the State of Mexico. At 3,910 metres (12,828 ft) above sea level, its summit is the 12th highest peak of Mexico.

Jocotitlán volcano lies in the northern part of the Toluca Valley. It is part of the Eje Neovolcánico, a volcanic belt that traverses south-central Mexico. It is a stratovolcano formed by tephra and solidified lava flows. The volcano lies within the Isidro Fabela state park, a protected area of 3701 ha established in 1975.

Jocotitlán was considered holy by the Mazahua and Otomi peoples. The former called it Nguemore ("sacred mountain"), while the latter called it Gumidi ("he who sits facing straight forward"). In Pre-Columbian Mexico, the volcano held a sanctuary for Otontecuhtli, the Otomi king of the gods, also known to the Nahua people as fire god Xiuhtecuhtli. The volcano has also held a Catholic chapel since the 1980s. At 3,670 metres (12,041 ft), it is probably one of the highest chapels in Mexico.

Jocotitlán is a potentially active volcano, having erupted at least twice in the last 10,000 years. A series of cinder cones lying just north of the Jocotitlán volcano shows how intense the volcanic activity in the region is. If it erupts, the volcano could pose a serious threat to Greater Toluca and even Greater Mexico City. 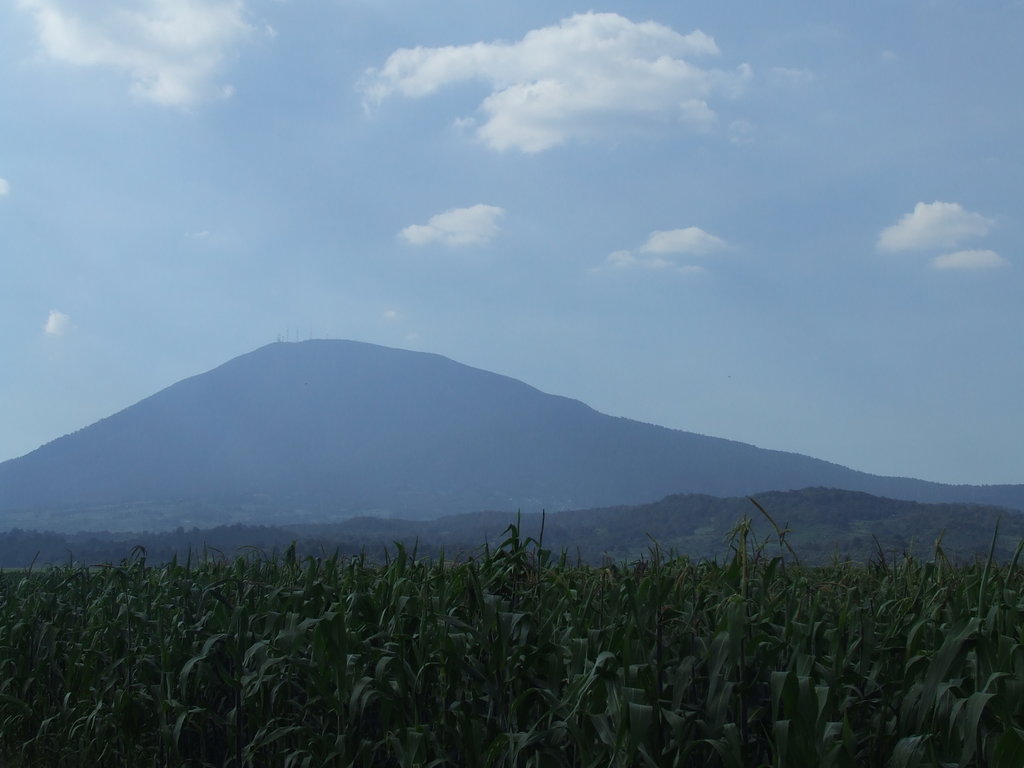