576 m
Elevation
Elevation is the altitude of a place
above sea level.

380 m
Prominence
Peak’s prominence is the least
vertical to be covered to get from the
summit to any other higher terrain. 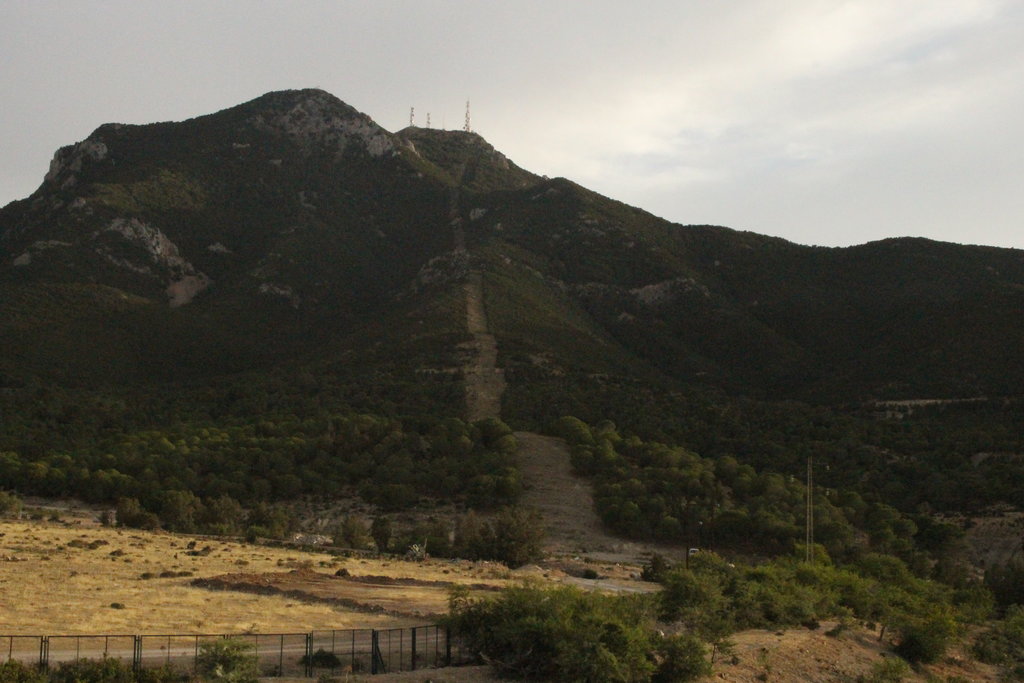 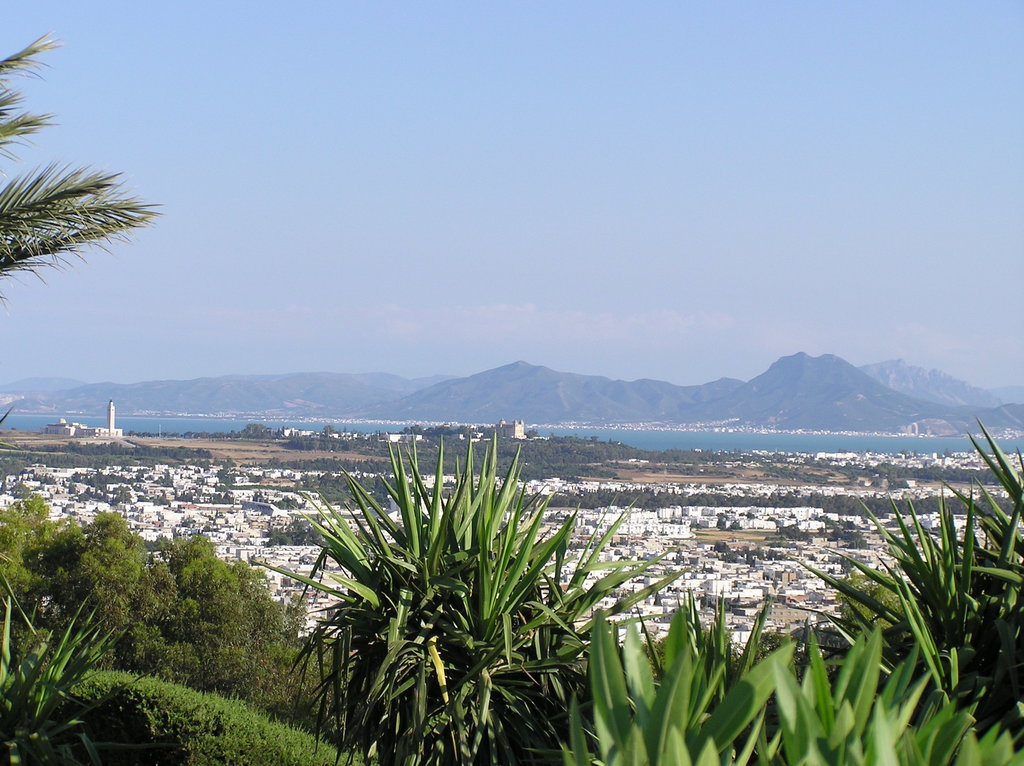 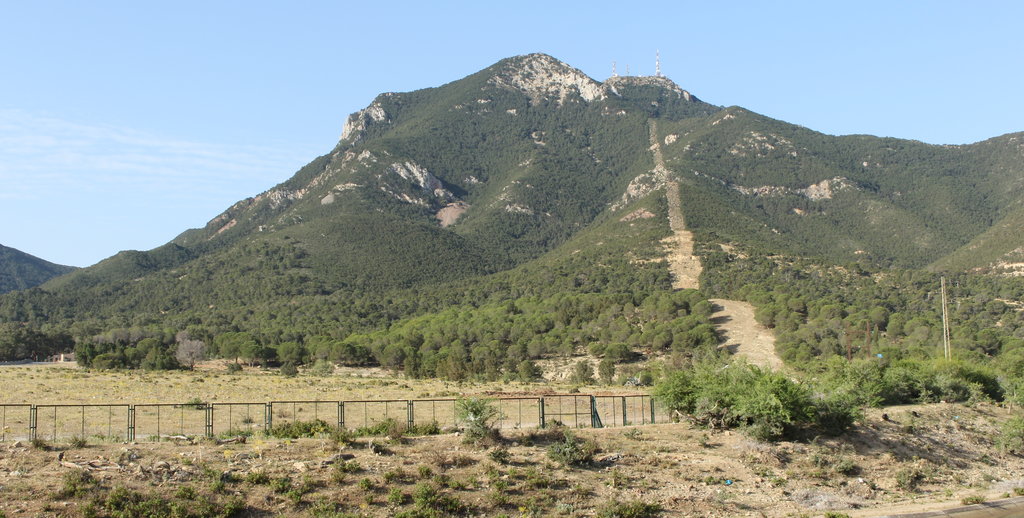 It consists of folded and faulted outcrops of Jurassic limestone.

Its name "bou kornine" comes from Tunisian Arabic meaning "the one with two horns", originally from the punic language as "ba'al kornine", meaning "lord with two horns". It owes its name to the two highlights of altitude 576 and 493 meters at the top. During the times of ancient Carthage, the mountain was considered sacred and religious rituals were conducted there.

The massif is part of Boukornine National Park, covering area of 1939 ha and protecting many species of plants and animals. The mountain slopes are covered Aleppo pine and cedar.

Djebel Ressas about 30 km to the southwest is a taller peak at 795 m.
There's a trail leading to the summit.

36.605383 N   10.334734 E
Nearest Higher Neighbor
جبل الرصاص - 11.1 km S
El: 779 m / Prom: 645 m
Check out a downloadable 3D model of Jebel Boukornine area. A higher resolution model can be found in the PeakVisor mobile app.
Do you have photos of Jebel Boukornine or know something about it? Please let us know!