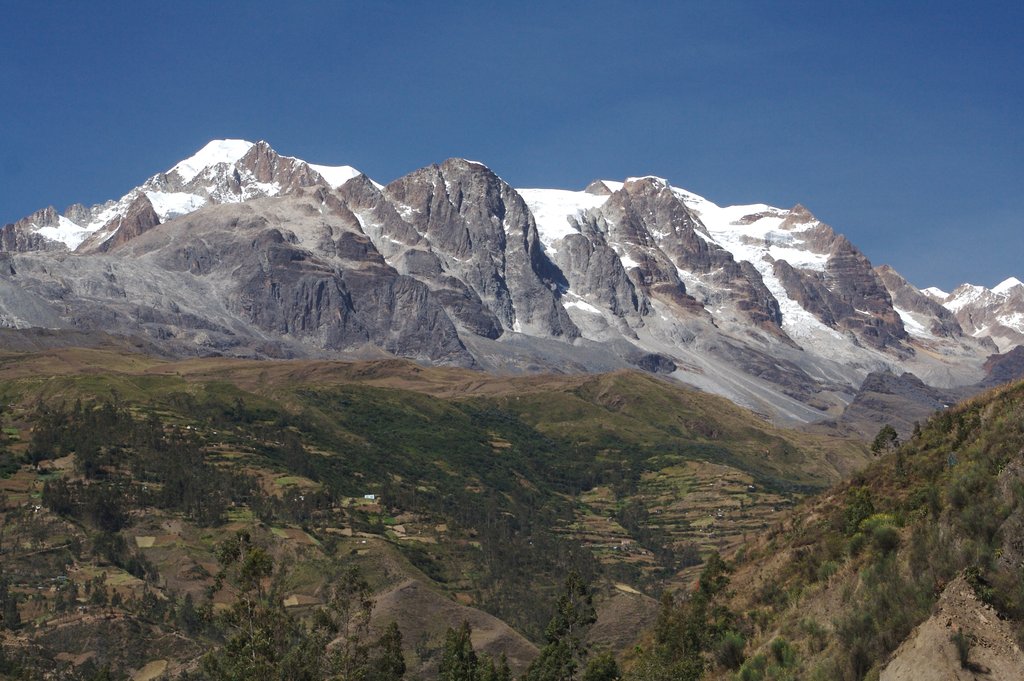 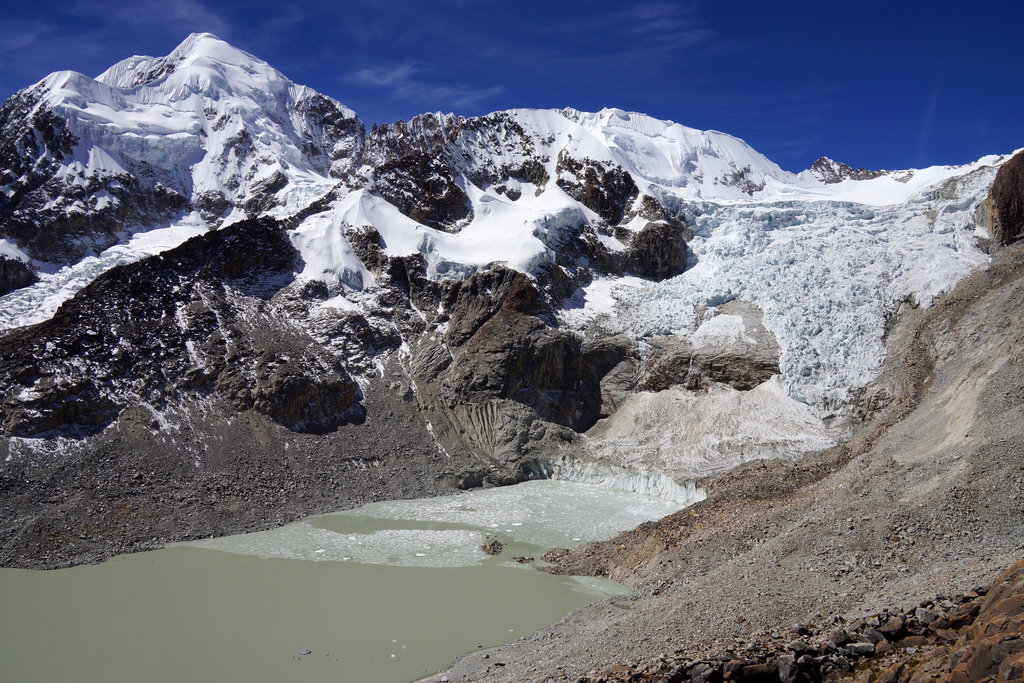 Add photo
6 368 m
Elevation
Elevation is the altitude of a place
above sea level.

575 m
Prominence
Peak’s prominence is the least
vertical to be covered to get from the
summit to any other higher terrain.

Illampu is the fourth highest mountain in Bolivia. It is located in the northern section of the Cordillera Real, part of the Andes, east of Lake Titicaca. It lies just north of the slightly higher Janq'u Uma, near the town of Sorata. Laguna Glaciar, located in the Illampu-Janq'u Uma massif, is the 17th highest lake in the world.

Despite being lower than Janq'u Uma, Illampu has a steeper peak, with more local relief, and is a somewhat harder climb. In fact it has "the hardest normal route on any of the 6,000 metre peaks in Bolivia." The easiest route, by the Southwest Ridge, is rated AD (Fairly Difficult), with snow slopes up to 65 degrees. It is accessed from a high camp on the north side of the massif. The peak was first climbed on June 7, 1928 via this route, by Hans Pfann, Alfred Horeschowsky, Hugo Hörtnagel (Germans) and Erwin Hein (Austrian). Other routes include the "German Route" on the southwest face and the South Face route, both approached from the west side of the massif.
By elevation Illampu is
# 6 out of 3781 in Bolivia
# 5 out of 930 in La Paz
# 2 out of 65 in Provincia Larecaja
# 15 out of 39148 in the Andes (Bolivia, Peru, Ecuador, Colombia, Venezuela)
By prominence Illampu is
# 33 out of 930 in La Paz
# 4 out of 65 in Provincia Larecaja
Illampu
Show more
3D View
Illampu model
Ranges
Key Col
2.7 km  SSE