274 m
Elevation
Elevation is the altitude of a place
above sea level.

175 m
Prominence
Peak’s prominence is the least
vertical to be covered to get from the
summit to any other higher terrain.

Although part of the hill is grass grazed by sheep, and part is forested, much remains open common land, and it is here that most of the limestone pavement is to be found. However, much has been removed over the years for many purposes including building, agricultural fertiliser, and production of millstones, but is now protected by law and it is an offence to remove any. The limestone is over 300 metres thick, and was laid down during the Carboniferous period some 350 million years ago. The limestone pavements here occupy an intermediate position between the low-lying pavements of Gait Barrows some 8 km (5 miles) to the west, and those on Ingleborough, 19 km (12 miles) to the east.

The name Hutton Roof Crags is believed to derive from the Old English language, and means ‘crags on hill near farmstead of Rolf’.

Access is possible via the public footpath running across the north of the fell, but is probably easier through the woods to the south-west.

The extensive low limestone outcrops make the Hutton Roof Crags a popular site for bouldering.
There's a trail leading to the summit. 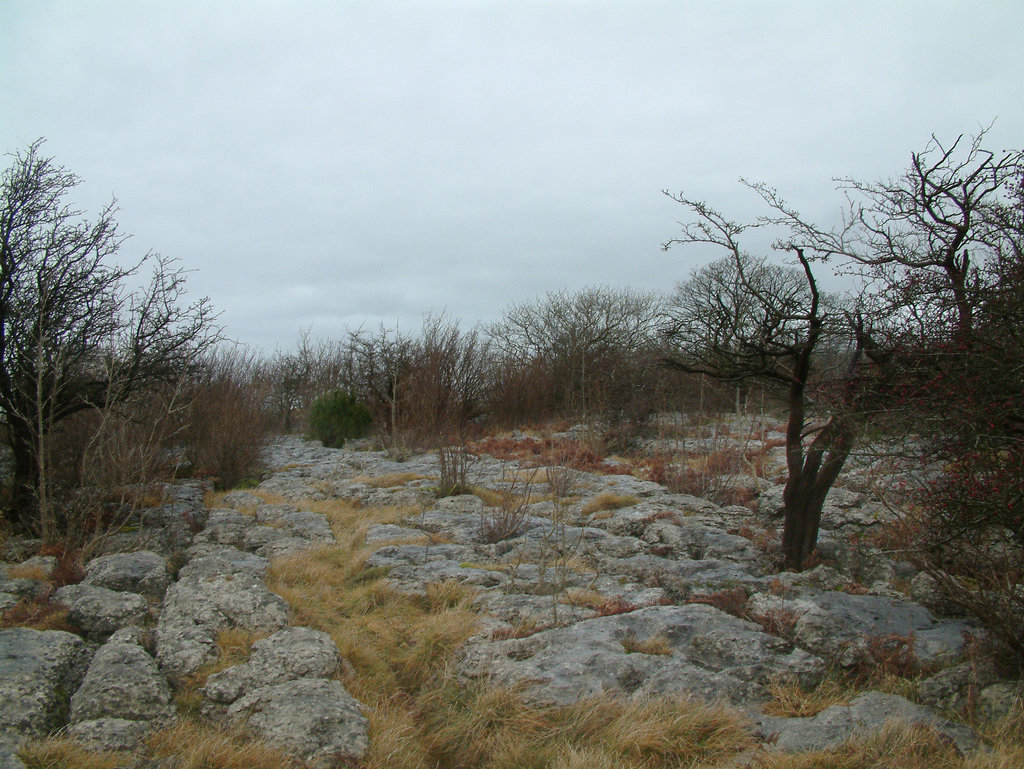