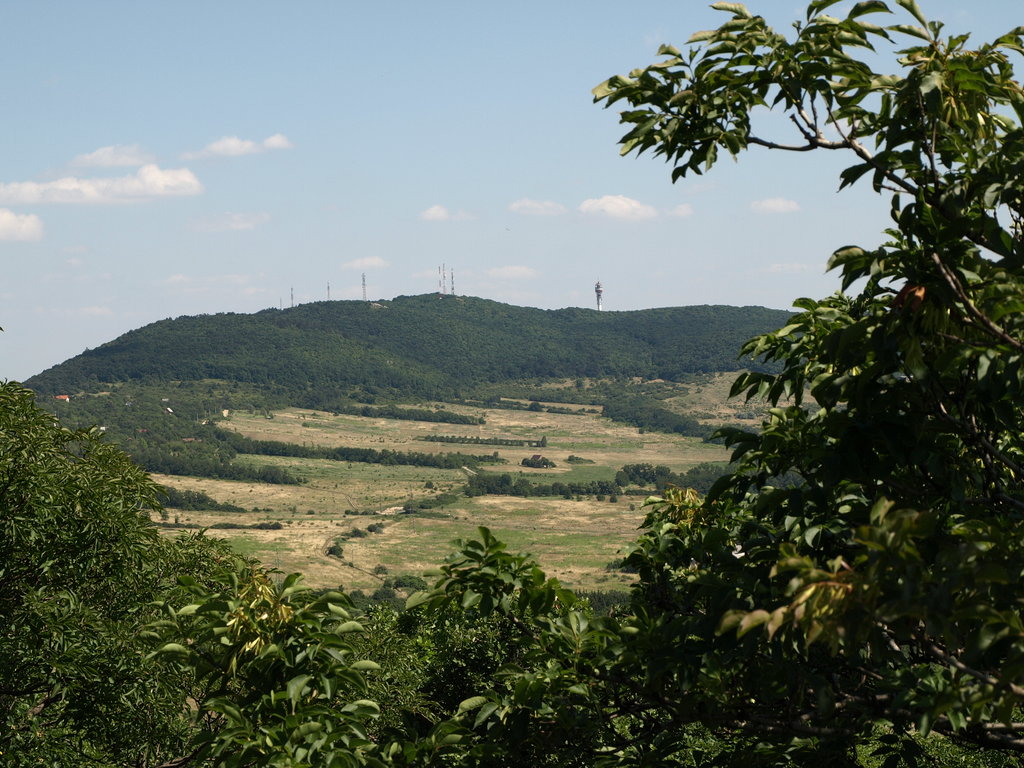 Add photo
495 m
Elevation
Elevation is the altitude of a place
above sea level.

236 m
Prominence
Peak’s prominence is the least
vertical to be covered to get from the
summit to any other higher terrain.

Hármashatár-hegy (German: Drei·hotter·berg; Its Austrian toponym ("Hotter") also Hungarian: Hármas-Határ-Hegy means "Three Border Mountain") is the name of a mountain in the city of Budapest, Hungary. Its name comes from the fact that the borders of 3 cities (Buda, Óbuda, Pesthidegkút) met at this point in the 19th century. Today, these cities have merged into Budapest, but the mountain's name has remained unchanged. However, the border between the II and III districts still bisects the mountain.

The mountain is located on the Buda side, at 495 m (1623 ft) above sea level. The mountain is a popular place for hiking, biking and paragliding. In the winter it is also a place for sled riding. There are several trails in the area, but the only one that reaches the top is the blue trail, also known as the Country Blue Trail (Az Országos Kéktúra). At the summit there are television and radio towers, as well as a restaurant.

It is often windy at the peak, due to the lack of trees. Snow may linger up to two weeks after the snow in the city has melted. On average, the temperature is a couple of degrees Celsius less than on the Pest side.

Hármashatár-hegy is part of the Buda Hills (Budai Hegyek).
There's a trail leading to the summit.

47.519444 N   18.959167 E
Nearest Higher Neighbor
Pozsonyi-hegy - 5.0 km SW
El: 521 m / Prom: 0
Check out a downloadable 3D model of Hármashatár-hegy area. A higher resolution model can be found in the PeakVisor mobile app.
Do you have photos of Hármashatár-hegy or know something about it? Please let us know!