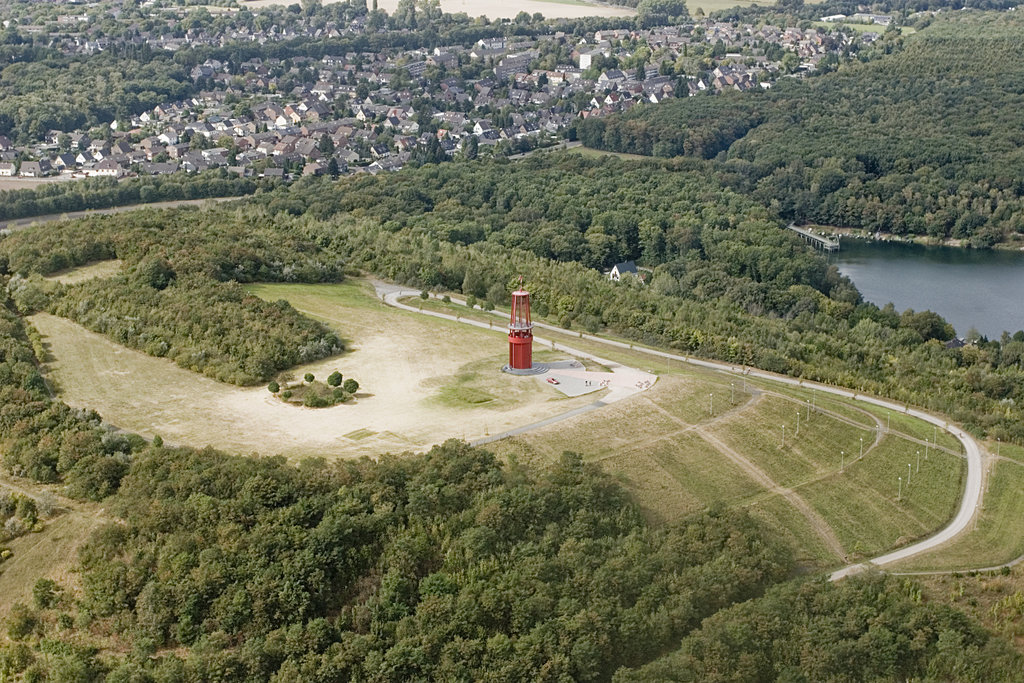 Add photo
103 m
Elevation
Elevation is the altitude of a place
above sea level.

The Halde Rheinpreußen is a spoil tip in the German city Moers which lies 70 metres (230 ft) above its ambit. It is part of the category Panoramas of the Ruhr Industrial Heritage Trail.

In 1963, the spoil tip was heaped up with materials of the pit 5/9, i.e. the mine Zeche Rheinpreußen.

Since the dedication of the Geleucht on 17 September 2007, the mining lamp memorial and the lamp poles are illuminated every night. The stairs to the observation deck are opened on a regular basis.
There's a trail leading to the summit.

51.458889 N   6.683056 E
Nearest Higher Neighbor
Unnamed Summit - 3.3 km ESE
El: 136 m / Prom: 107 m
Check out a downloadable 3D model of Halde Rheinpreußen area. A higher resolution model can be found in the PeakVisor mobile app.
Do you have photos of Halde Rheinpreußen or know something about it? Please let us know!