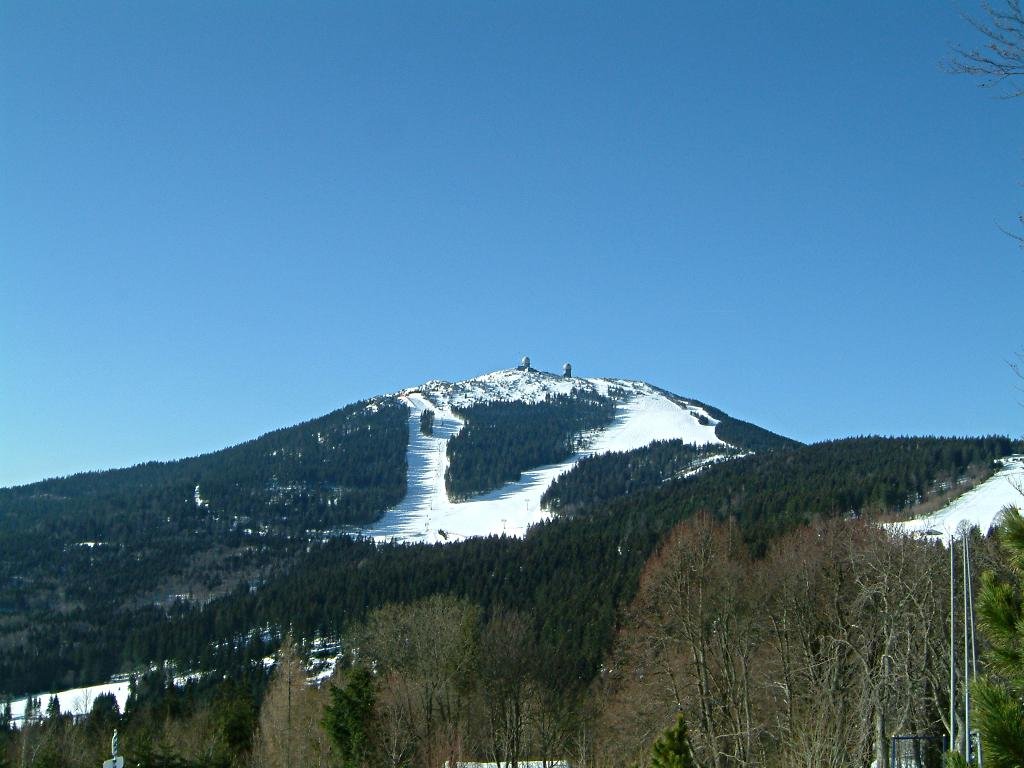 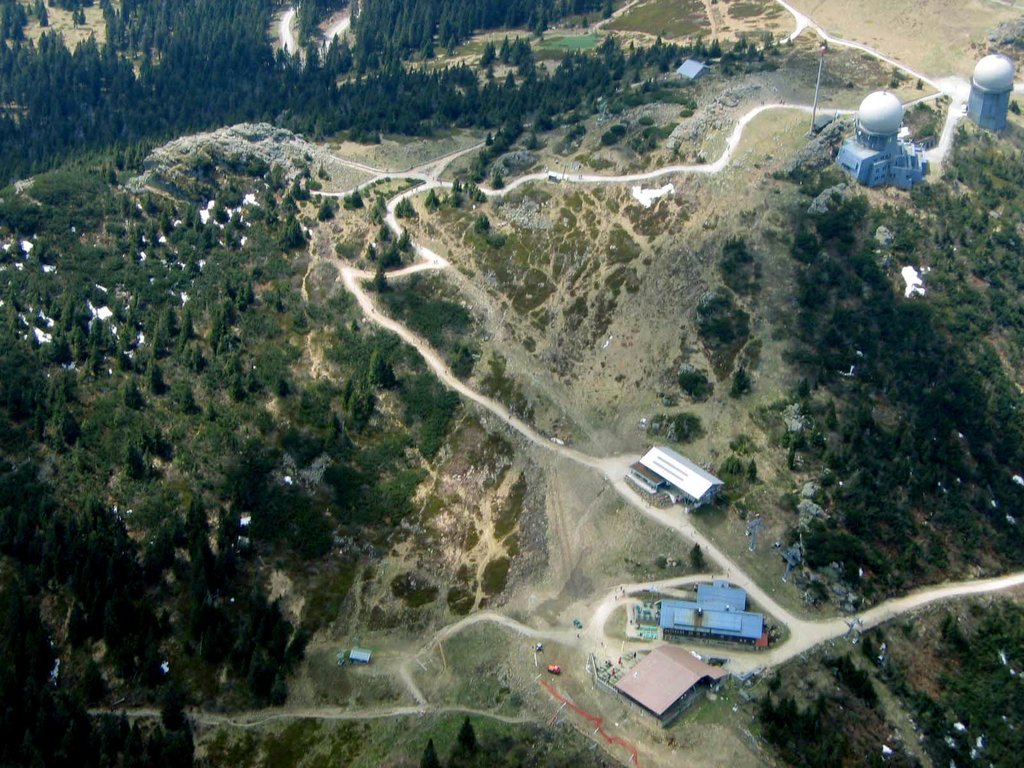 Show 1 photos
Add photo
1 456 m
Elevation
Elevation is the altitude of a place
above sea level.

Großer Arber (German for Great Arber, Czech: Velký Javor) is the highest peak of the Bavarian-Bohemian-mountain ridge, with an elevation of 1,455.5 metres (4,775 ft). Although geographically belonging to the Bohemian Forest, it is often referred to as "King of the Bavarian Forest". It is one of Germany's most famous skiing resorts besides the Bavarian Alps.

Großer Arber and the woodlands down to Bayerisch Eisenstein are in the possession of the Prince of Hohenzollern.

As early as 1939, large parts of the area were put under protection, in order to save its uniqueness.

Großer Arber is the only peak of the Bavarian-Bohemian-Mountain Ridge above the climatic timberline.

On top were two military radar stations, built during the Cold War as the mountain is very close to the Czech border. They are still operational at a reduced scale, serving both civilian and military purposes.

Near the Großer Arber is a smaller mountain, the Kleiner Arber ("klein" = small).

In Czech Velký Javor means Great Maple.
There's a hiking trail (T1) leading to the summit. Großer Arber is one of the 143 peaks along the multi-day Goldsteig.

The nearest mountain hut is Zwieseler Hütte located 62m/203ft SW of the summit.

47.832778 N   13.605 E
Nearest Higher Neighbor
Zwillingsfels - 146.7 km SSE
El: 1 485 m / Prom: 5 m
Check out a downloadable 3D model of Großer Arber area. A higher resolution model can be found in the PeakVisor mobile app.
Do you have photos of Großer Arber or know something about it? Please let us know!