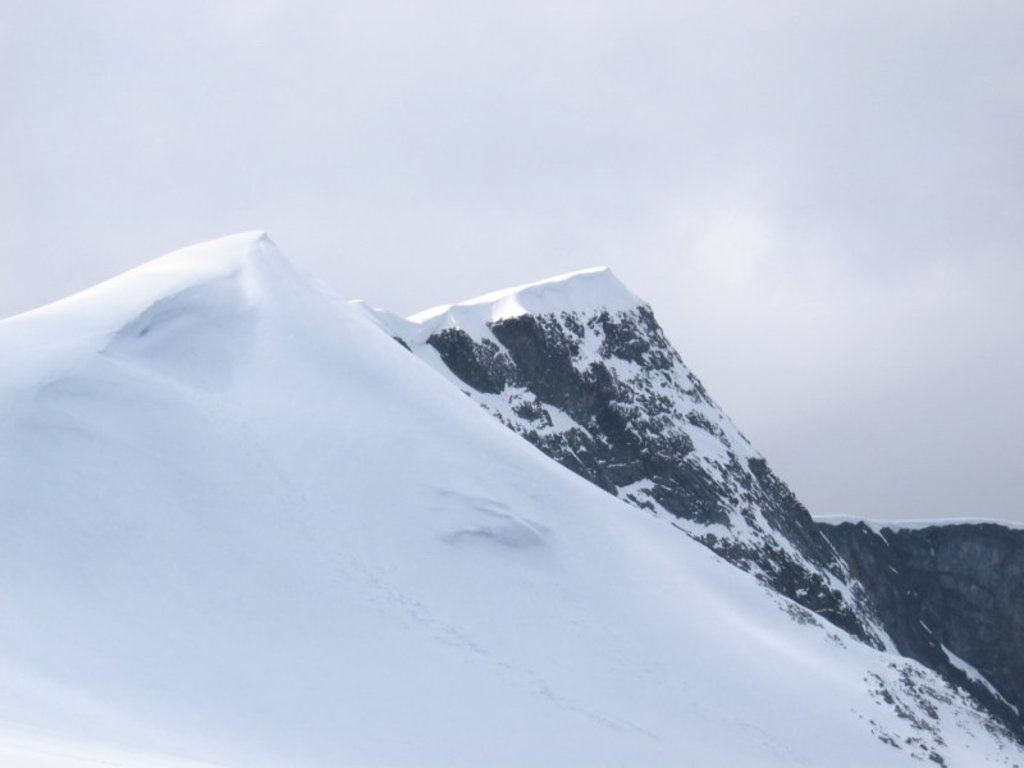 Add photo
2 457 m
Elevation
Elevation is the altitude of a place
above sea level.

991 m
Prominence
Peak’s prominence is the least
vertical to be covered to get from the
summit to any other higher terrain.

Glittertind (official form on maps: Glittertinden) is the second highest mountain in Norway, at 2,465 m above sea level, including the glacier at its peak (without the glacier, it is 2452 m). It is located within the municipality of Lom, in the Jotunheimen mountain area.

Glittertind had earlier been a challenger for the title as the highest mountain in Norway, as measurements showed Glittertind including the glacier was slightly higher than Galdhøpiggen (2,469 m above sea level with no glacier at the summit). In a 1917 official map, the mountain was indicated to be 2481 m. So it was a matter of defining a glacier as a part of a mountain or not. The glacier has, however, shrunk in recent years, and the dispute has been settled in Galdhøpiggen's favour. The summit of Glittertind was reached for the first time in 1841 by Harald Nicolai Storm Wergeland and Hans Sletten.

The route across the glacier that crowns the summit is completely without crevasses, but on a hot summer day it might be a wet hike across the melting snow which covers the ice. Visitors might even experience that the meltwater blows up across the summit, leaving hikers totally soaked. The view is magnificent. East and southeast of Glittertind there are hardly any high peaks, and hence most of the northern and eastern parts of the province of Oppland can be seen. All famous photos of Glittertind are taken on the eastern flank slightly below the top.

There used to be a cabin at the summit, but because of the impossibility of mooring it sufficiently, it was taken by a storm and landed on the Grjotbreen glacier, under the steep north wall of the summit.
There's a demading hiking trail (T3) leading to the summit.

61.636389 N   8.313056 E
Nearest Higher Neighbor
Galdhøpiggen - 13.0 km W
El: 2 469 m / Prom: 2 436 m
Check out a downloadable 3D model of Glittertinden area. A higher resolution model can be found in the PeakVisor mobile app.
Do you have photos of Glittertinden or know something about it? Please let us know!