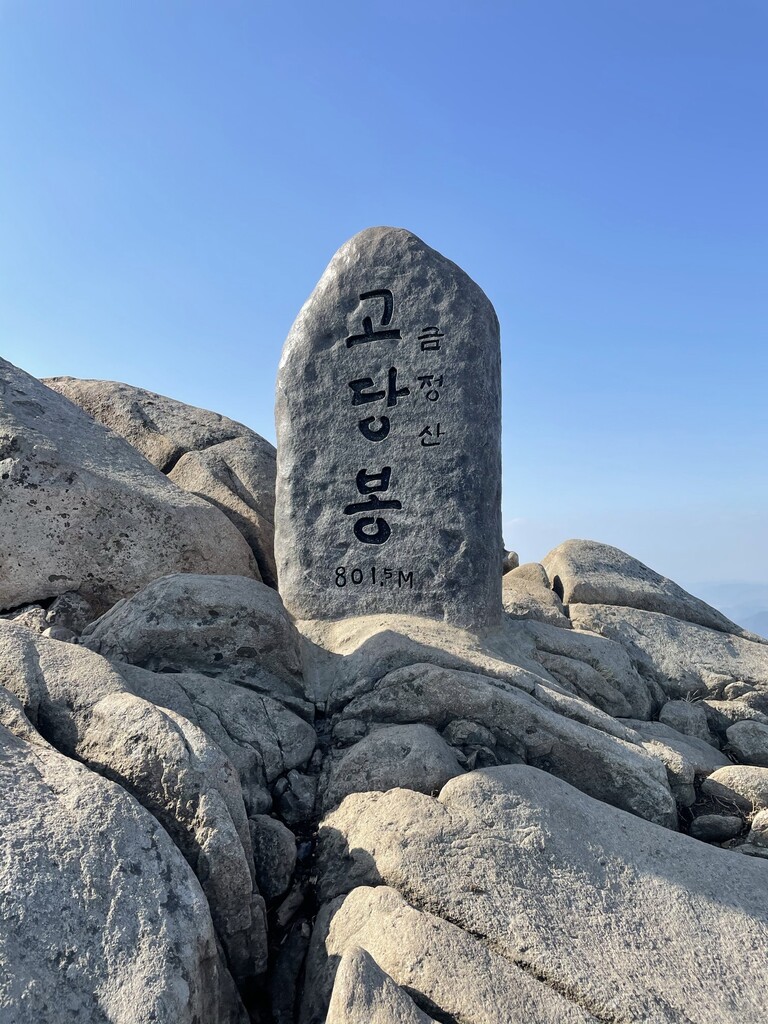 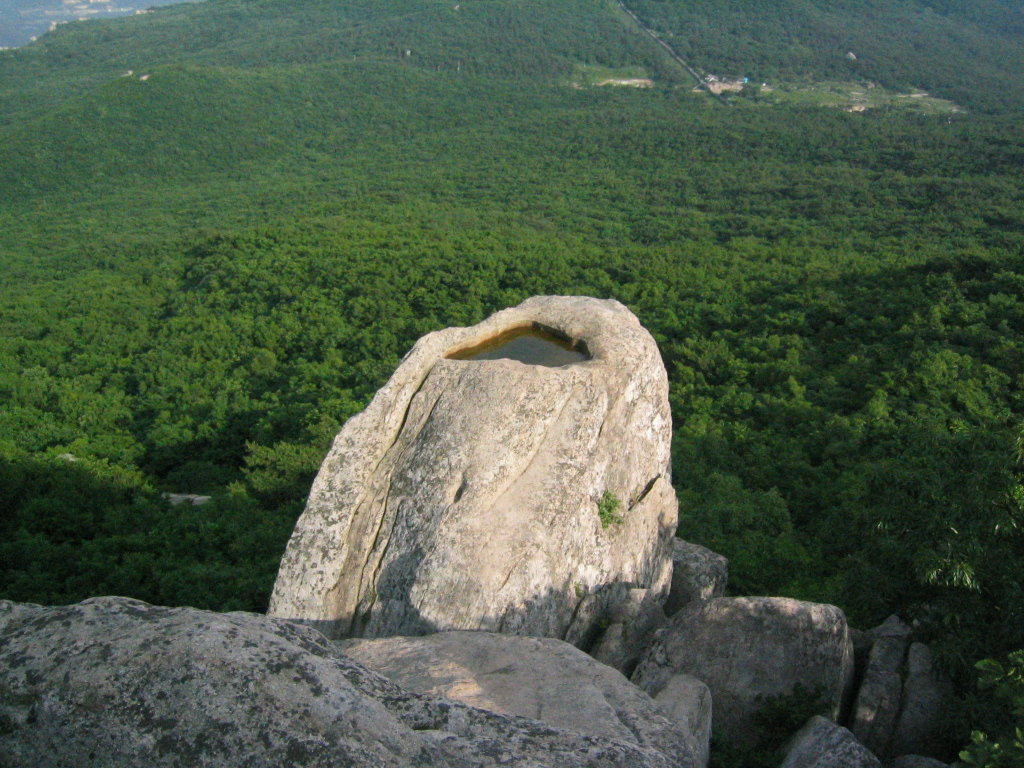 Add photo
801 m
Elevation
Elevation is the altitude of a place
above sea level.

663 m
Prominence
Peak’s prominence is the least
vertical to be covered to get from the
summit to any other higher terrain.

Geumjeongsan (or Geumjeong Mountain) is a mountain in the city of Busan in South Korea. It covers a large surface that extends into Dongnae-gu in the south, Buk-gu in the west, Geumjeong-gu in the east, and the city of Yangsan in the north. Its highest peak, Godang-bong, the highest peak in the region, stands at 801.5 meters on the city limit between Busan and Yangsan.

Geumjeongsan is the city's most popular hiking destination, and thousands of people climb it during the week-ends. The top can easily be reached using the cable-car in Geumgang Park near Oncheonjang station or by taking the bus from Oncheonjang station to Saseongmaeul on the mountain top.

Sanseongmaeul (산성마을) is a small rural community built in the mountain valley, isolated from the surrounding city. It includes a few agricultural fields and livestock pastures on the valley sides. The place is well known for its speciality meal: "barbecued goat meat".

Geumjeongsan is renowned for the Geumjeongsanseong built on top of the mountain and Beomeo Temple on its north-east side.
There's a trail leading to the summit.

35.377998 N   128.95122 E
Nearest Higher Neighbor
Togogsan - 14.1 km NW
El: 855 m / Prom: 308 m
Check out a downloadable 3D model of Geumjeongsan area. A higher resolution model can be found in the PeakVisor mobile app.
Do you have photos of Geumjeongsan or know something about it? Please let us know!