Donnersberg map
Go to camera
Teleport
Zoom in
Zoom out

693 m
Elevation
Elevation is the altitude of a place
above sea level.

419 m
Prominence
Peak’s prominence is the least
vertical to be covered to get from the
summit to any other higher terrain.

Location
49.624662 N  7.915948 E
The Donnersberg is the highest peak of the Palatinate (German: Pfalz) region of Germany. The mountain lies between the towns of Rockenhausen en Kirchheimbolanden, in the Donnersbergkreis district, which is named after the mountain. The highway A63 runs along the southern edge of the Donnersberg. European walking route E8 runs across the mountain.

The highest point of the Donnersberg is the rock Königstuhl ("king's seat") at 687 metres above sea level. The mountain has a diameter of about 7 kilometres and covers an area of some 2,400 hectares. The Donnersberg was formed by volcanic activity during the Permian, in the transition period between the lower and upper Rotliegend strata.

During the Celtic La Tène period, around 150 BC, an important settlement (oppidum) was built on the Donnersberg, covering some 240 hectares. Part of the wall (Keltenwall) surrounding this settlement has been reconstructed. Archeological excavations are ongoing.

About 900 metres east of the Königstuhl rock, a 27 metres tall tower was constructed in 1864-1865, the Ludwigsturm. After World War II, a radio mast for the largest U.S. radio station in western Europe was placed on the Donnersberg. In the early 1960s, a new communications tower was constructed, stretching over 200 metres.

The Donnersbergbahn is a railway line that runs from Alzey to Kirchheimbolanden. The line originally ran even further, to Marnheim, but on March 20, 1945, the Pfrimmtalviadukt railway bridge between Kirchheimbolanden and Marnheim was destroyed by withdrawing German troops, and it has not been rebuilt since.
There's a trail leading to the summit. Donnersberg is one of the 1 peaks along the Keltenwanderweg.

The nearest mountain hut is Keltenhütte located 640m/2 100ft ENE of the summit. 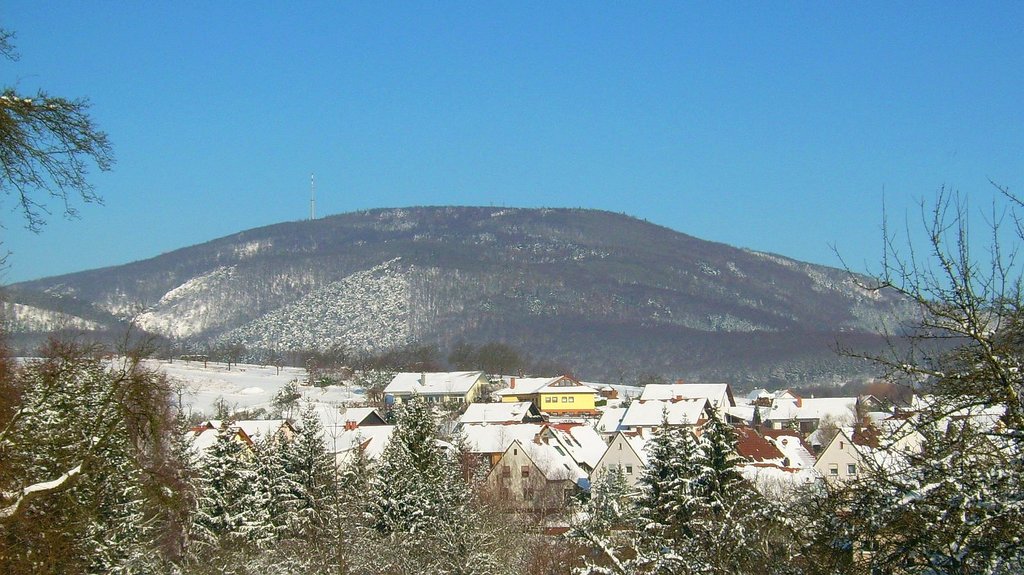 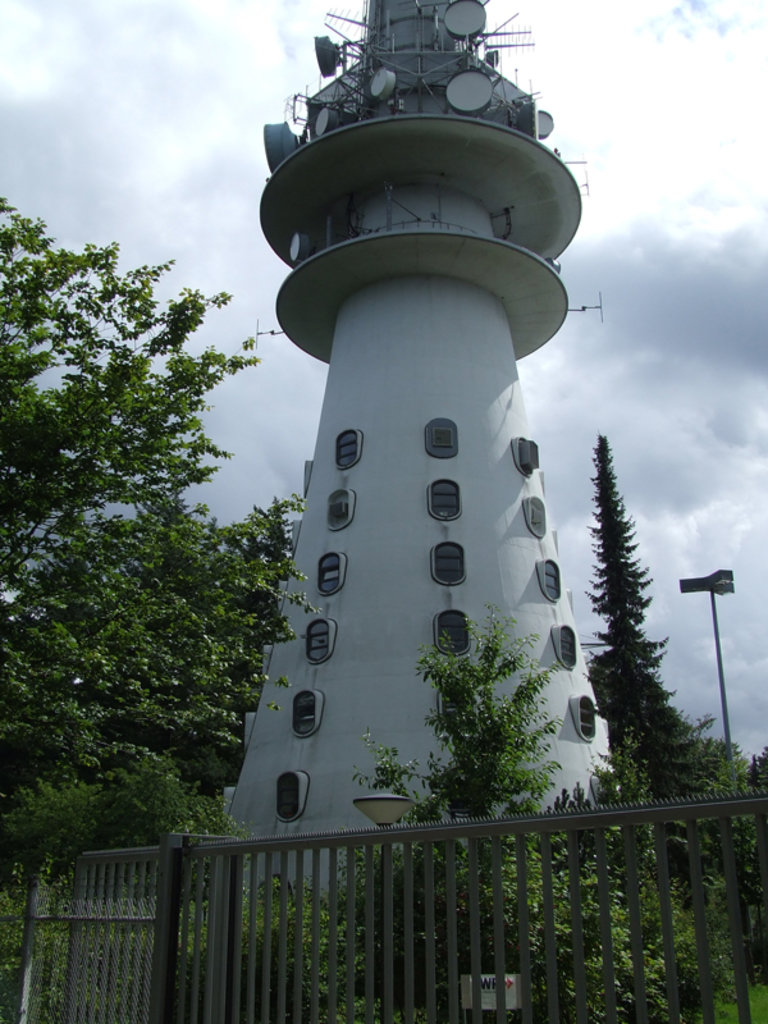 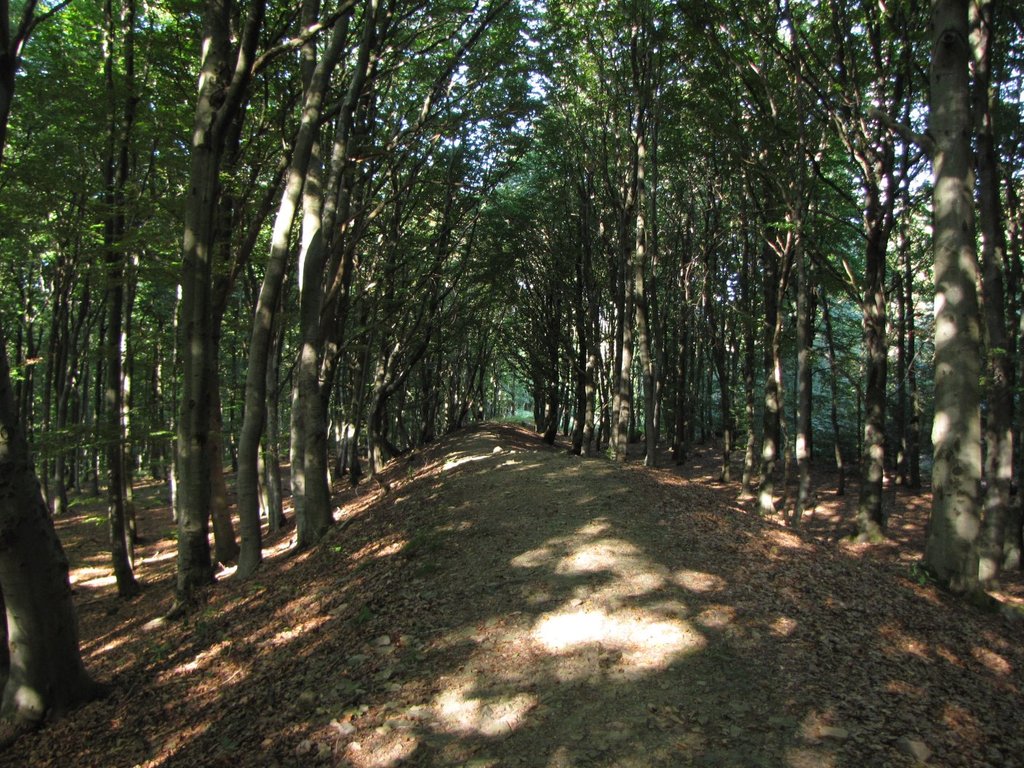 3D View
Donnersberg model
Check out a downloadable 3D model of Donnersberg area. A higher resolution model can be found in the PeakVisor mobile app.
Do you have photos of Donnersberg or know something about it? Please let us know!