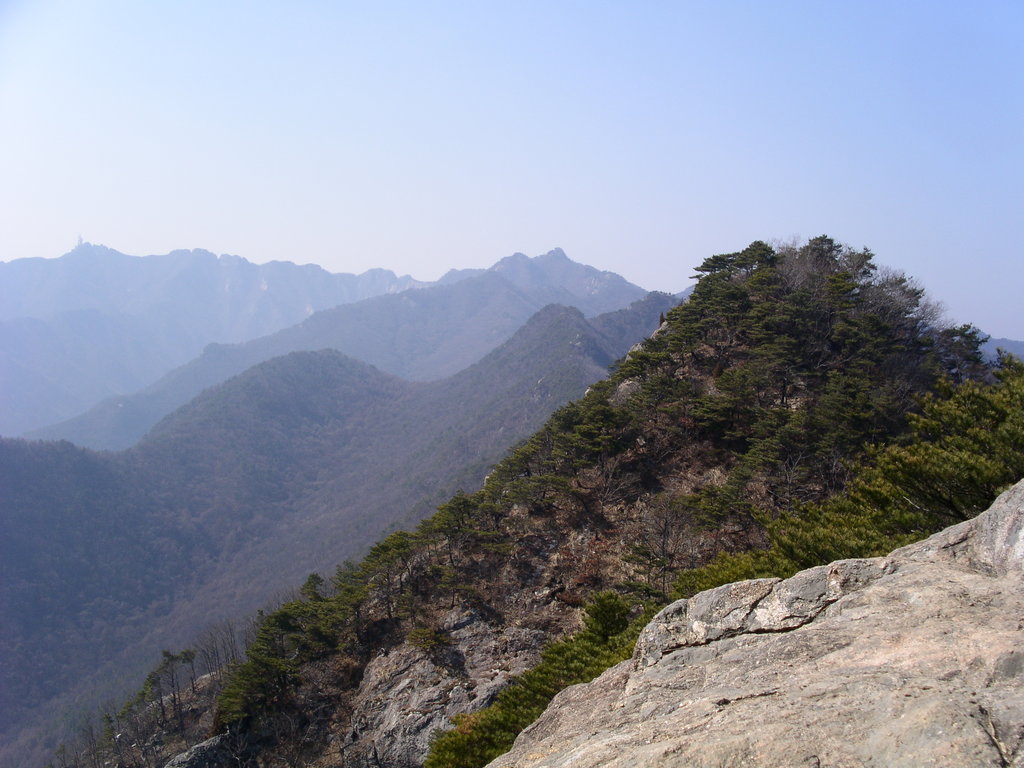 Add photo
833 m
Elevation
Elevation is the altitude of a place
above sea level.

701 m
Prominence
Peak’s prominence is the least
vertical to be covered to get from the
summit to any other higher terrain.

Gyeryongsan, a 845 m (2,772 ft) mountain in Chungcheongnam-do, South Korea. It lies at the meeting of the boundaries of several cities: Gongju, Gyeryong, Nonsan, and Daejeon. It has been traditionally regarded as a sacred mountain, with the most qi of any in South Korea. The name Gyeryongsan means chicken dragon mountain Portions of the mountain are included in a South Korean military reserve. Other portions are part of Gyeryongsan National Park. In the mountain, there are famous Buddhist temples such as Donghaksa, Gapsa and Sinwonsa, the latter two both being over a thousand years old. In addition the highest peak, Cheonhwangbong, there are seven other peaks with an elevation exceeding 500m

The park has an area of 64.6 km2. Besides insects, birds and small fish, the park's fauna include snakes, hedgehogs, deer, and striped squirrels. Wild boar are also said to inhabit the park About 1.4 million visitors come to the park each year It is accessible by bus from the surrounding cities and villages and has a camp-ground.
There's a hiking trail (T2) called 금남정맥 leading to the summit.

36.1275 N   127.322778 E
Nearest Higher Neighbor
Daedunsan - 26.3 km SSE
El: 878 m / Prom: 529 m
Check out a downloadable 3D model of Cheonhwangbong area. A higher resolution model can be found in the PeakVisor mobile app.
Do you have photos of Cheonhwangbong or know something about it? Please let us know!