1 549 m
Elevation
Elevation is the altitude of a place
above sea level.

Proportional Prominence 846 m
Location
-32.052694 S  151.455241 E
Careys Peak is a peak in the Williams Range, part of the Mount Royal Range, located in the Upper Hunter region of New South Wales, Australia. At 1,544 metres (5,066 ft) above sea level, it is one of the higher points in Barrington Tops National Park, some 200 kilometres (120 mi) north of Sydney. The peak is at the edge of the Barrington Tops plateau, within the declared wilderness of the World Heritage Gondwana Rainforests of Australia.

Wilderness streams, such as the Allyn River and Williams River rise nearby. On a clear day, the higher peaks of the Blue Mountains may be seen. And looking south east, the sands of Stockton Beach on the coast may be viewed. The scenic appeal of the area is well regarded. Particularly the large dark stands of rainforest and snow gum wilderness. Snow has been recorded here as early as Easter. Careys Peak is a popular camping and bushwalking destination. Many years ago, a skiing slope was cleared behind Careys Peak. It has since disappeared in natural bush re-growth.

The historic hut was built around the year 1934. It was crushed by a fallen tree in the 1970s. Rebuilt in 1973 and repaired again in 2007. Closing the four wheel drive tracks to vehicular traffic is said to slow the spread of invasive weeds, such as Scotch broom, mist flower and crofton weed.
There's a trail leading to the summit. 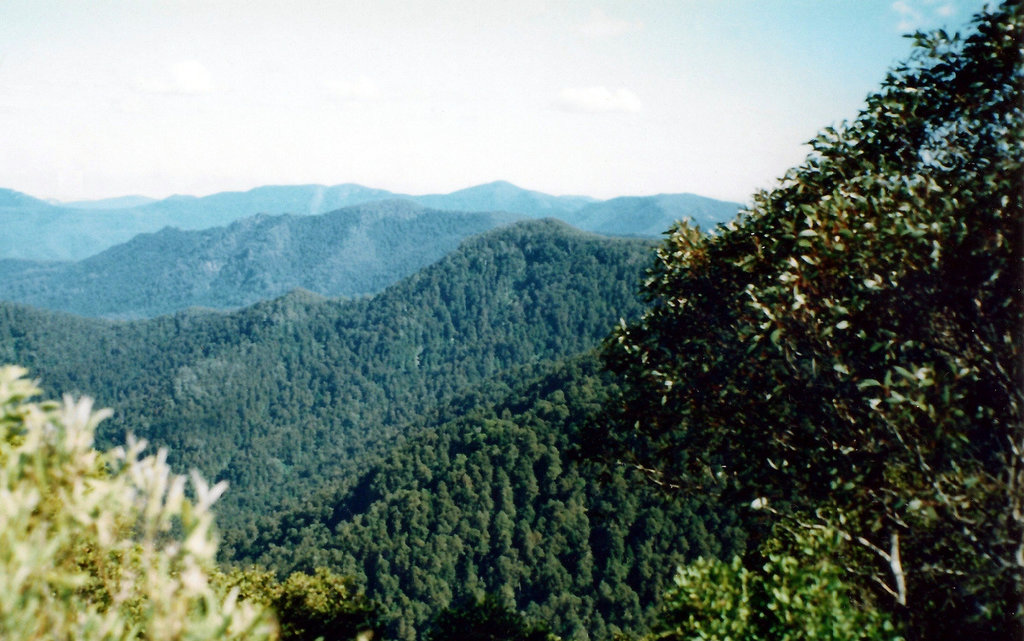