Beerenberg map
Go to camera
Teleport
Zoom in
Zoom out

Ultra
Mountains with prominence of 1 ⁠500 ⁠m / 4 ⁠921 ⁠ft or more.
Glacier
A mountain with a glacier on the crests and / or slopes.
Volcano
Most commonly a conical hill or mountain built around a vent that connects with reservoirs of molten rock below the surface of the Earth.
Location
71.081908 N  -8.15506 W
Beerenberg is a 2,277 m (7,470 ft) stratovolcano which forms the northeastern end of the Norwegian island of Jan Mayen. It is the world's northernmost subaerial active volcano. The volcano is topped by a mostly ice-filled crater about 1 km (0.6 mi) wide, with numerous peaks along its rim including the highest summit, Haakon VII Toppen, on its western side.

The upper slopes of the volcano are largely ice-covered, with several major glaciers including five which reach the sea. The longest of the glaciers is the Weyprecht Glacier, which flows from the summit crater via a breach through the northwestern portion of the crater rim, and extends about 6 km (4 mi) down to the sea.

Beerenberg is composed primarily of basaltic lava flows with minor amounts of tephra. Numerous cinder cones have been formed along flank fissures.

Its most recent eruptions took place in 1985 and 1970 both of which were flank eruptions from fissures on the northeast side of the mountain. Other eruptions with historical records occurred in 1732, 1818, and 1851.

2 277 m
Prominence
Peak’s prominence is the least
vertical to be covered to get from the
summit to any other higher terrain. 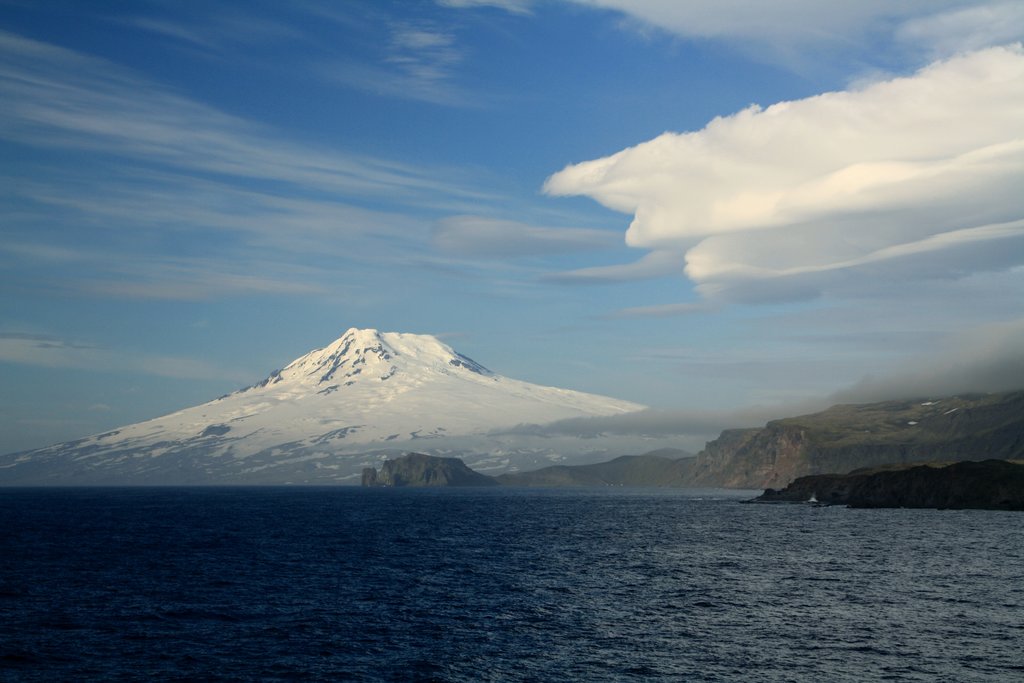 Check out a downloadable 3D model of Beerenberg area. A higher resolution model can be found in the PeakVisor mobile app.
Do you have photos of Beerenberg or know something about it? Please let us know!