1 246 m
Elevation
Elevation is the altitude of a place
above sea level.

765 m
Prominence
Peak’s prominence is the least
vertical to be covered to get from the
summit to any other higher terrain.

Proportional Prominence 828 m
Location
33.575298 N  -112.579093 W
The White Tank Mountains are a mountain range located in central Arizona. The mountains are on the western periphery of the Phoenix metropolitan area, primarily flanked by the suburban cities of Buckeye to the southwest, and Surprise to the northeast. The mountain range is home to the White Tank Mountain Regional Park and is a regional recreation hub.

The range, often referred to simply as the White Tanks, is a moderate-sized mountain range whose peaks rise to an elevation around 4,000 feet (1,219 m). The range consists of a series of numerous ridges and canyons, and as such, lacks a single, prominent peak. The highest point in the range, at an altitude of 4,083 feet (1,244 m), is Barry Goldwater Peak.

The mountain range was formed through tectonic activities as part of a detachment fault sometime in the mid-Tertiary period, about 30 million years ago. As a fairly young (in geologic terms) mountain range, it has not been subject to the forces of erosion for long and retains an extremely rugged topography composed of rocky fault ridges and deep canyons. During seasonal heavy rainfall, accumulated water tends to rush rapidly through the steep canyons, over time scouring out a number of depressions or "tanks" in the white granite near the base of the mountains. These white tanks are the source of the mountains' name.
There's a trail leading to the summit. 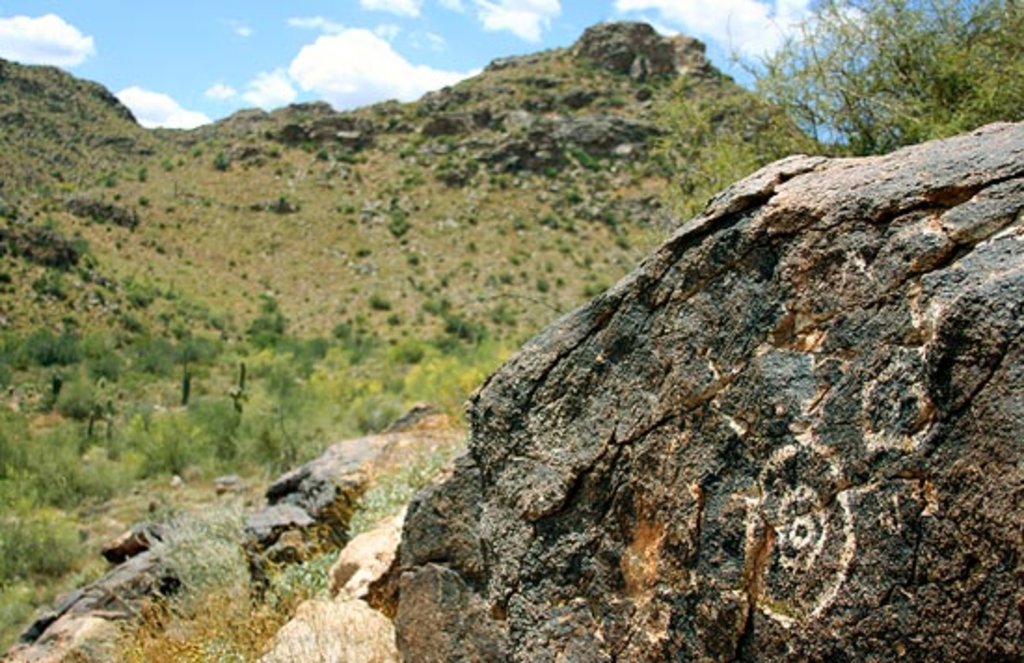