The Yugyd Va is the largest national park in Russia founded in 1994 primarily to preserve the endemic nature of the region and rare representatives of flora and fauna, some of which are listed in the Red Book. Its territory is under UNESCO protection. The park is situated on the western slopes of the Northern and Subpolar Urals, in the south-east of the Komi Republic. The park's boundaries are as follows: in the east, there are the tops of the main ridge of the Ural Mountains, in the north, there is the river Kozhim. The rivers Kosyu, Bolshaya Synia and Vangyr form the western borders and the Pechora-Ilych Reserve nestles in the south. Its area is almost 2 million hectares (1894.1ha to be exact, according to the information on the official site of the park). It stretches from north to south for 280 km, and from west to east for 120 km. Its landscapes are diverse: there are plains, foothills and mountainous zones, including mountain tundra. More than half of the park's territory is covered with forests (spruce, larch, cedar, birch) which are included in the UNESCO World Natural Heritage lists under the name "Virgin Komi Forests". 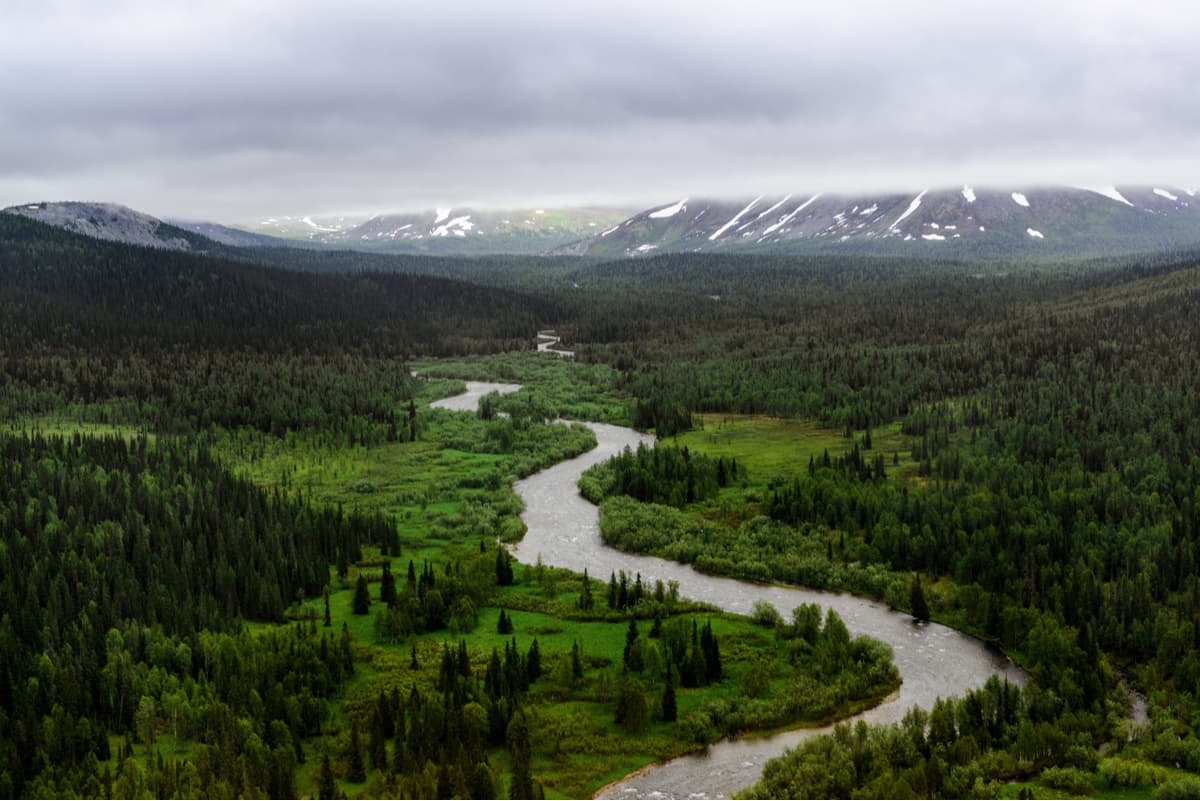 Yugyd Va is the largest national park in Russia

One of the main assets of the park is crystal clear and impeccable fresh water. This is also reflected in its name: in the Komi language, "yugyd va" means "light water". The park's numerous mountain rivers originate on the western slope of the Ural Ridge and carry their waters to the Pechora, one of the largest and cleanest rivers in Europe. The largest rivers in the park are the Kozhim, the Kosyu and the Bolshaya Synia in the Subpolar Urals, the Podcherem and the Shchugor are in the North Urals. The water in the rivers is so transparent that the bottom can be seen to a depth of about 8 m. The purest rivers are spawning grounds for the Pechora salmon (Salmo salar, for better understanding of this species of fish read here), and there are fish of valuable breeds (grayling, peled, whitefish, taimen or lax, etc.). But fishing is prohibited here!

The lakes make the park especially attractive. There are over 800 of crystal-clear water basins, the largest of which are Lake Big Balbanaty, Padezhaty, Torgovoye, Grubependity. Those are located in the mountainous part of the park and are mainly of glacial origin. There are glaciers in close vicinity of some of these lakes. The largest glacier, the Hoffmann, is located on the Sabre Ridge.

Lakes at the foot of Narodnaya Mountain

Mountains are surely the most alluring part of the reserve. The southern premises, which are basically the spurs of the Northern Urals, feature gently rolling slopes, almost forestless, the mountains are not high here. The highest point in the North Urals is Mount Telpos-iz (1,619m) located near the border of the Northern and Subpolar Urals. This southern part of the park is also home to the Belt Stone, Khozatump and Quarkush ridges.

The Subpolar Urals is the most picturesque part of the Urals Range. There are jagged ridges, mountains of alpine type, mountain plateaus with tundra vegetation, glaciers, lakes and deep gorge-style valleys. Here lies the highest peak of the Urals – Narodnaya Mountain aka the People's Mountain (1,895m), the symbol of the park – the famous Manaraga with a crown-like peak (1,662m), Sabre (or Sably), Karpinsky (aka Karpinskogo Mount), Kolokolna (aka Bell Tower, you can also see it spelt as Kolokolnaya, Southern and Northern Kolokolnaya) and the Manciner Range. Some call the nature in these latitudes the Pechora Alps or Pechora Switzerland.

The National Park is one of the most sparsely populated national parks in Russia: there are practically no permanent settlements on its territory. In the past, representatives of northern indigenous peoples – the Mansi, the Nenets, and the Khanty – led nomadic life here. Travelling in the park for a few days, you can remain alone with the untouched nature, where neither the rumble of cars nor roar of planes flying in the sky can be heard. You are completely immersed in the so-called "nature tourism".

Attractions of the Yugyd Va Park

The Balbanyu River is one of the gems of the Subpolar Urals. Tourists call the water in the river “the raging elements". The head of the river is on Narodnaya Mountain. It rushes down the peak jammed into the stony banks and it flows into the Kozhim, a tributary of the Ussa River.

The name Balbanya in Nenets language means the river of idols or blocks, it was the name used historically to call high lonely standing rocks frequently found on the river banks. Archaeologists have confirmed that sacrifices were arranged at the base of such idols. The most famous of them are located in the lower part of the river. The Old Owner is located on the left bank near the mouth and really resembles a silhouette of a warrior-hero. It's as if he were guarding the Balbanya River.

The second stone idol is a 30-meter-tall Stone Baba located on the bank of the Kizhim River, about 1 km away from its confluence with the Balbanya River.

The lone rocks along the shore were considered by the locals to be the spirits of the river, while the area around them was sacred.

One of the rivers of the Polar Urals, the Shchugor, is making its way through the so-called "gates" (steep rock formations of limestone). There are three such places along the river: the Lower Gate, the Middle Gate and the Upper Gate.

There are many cavities in these walls some of them reaching the size of a decent cave, some of those caves are explored. The largest cave is Sher-Kyrt. Once you pass the Upper Gate, you will see a stunning waterfall almost 15 meters high.

The indigenous peoples of Zyryan were the first to lay the ancient trade route called the Zyryan road running through the passes of the Ural Mountains. In the 1880s, Irkutsk gold merchant A. Sibiryakov helped to arrange a winter road connecting Siberia and Europe, which later became known as Sibiryakov’s Road. Nowadays a tourist route is laid along this road: it starts from the village of Ust-Shchuger (in the Republic of Tatarstan), goes through the territory of Yugyd Va and stretches to the border with Khanty-Mansi Autonomous District (KhMAO).

There are many legends about Mount Telpos-iz, the main peak of the Northern Urals. In Nenets and Mansi language its name means "Woman-idol" (or "Baba-idol"), and in translation from ancient Komi language it is "a nest of winds". Bad weather is really quite a frequent guest around this mountain: strong winds blow from the top of Mount Telpos-iz, they bring about ample precipitation, i.e. prolonged snowfalls and abundant rainfalls. In ancient times, the trade routes passed by the mountain, and Komi tried not to make noise when approaching it, in order not to anger Voipel (a god of wind and cold) who lived on Mount Telpos-iz according to the legends.

In Nenets language "Manaraga" means "a bear's paw". The shape of the mount really reminds the clawed limb of the formidable beast.

The Manaraga climbing season is from July to mid-August. It is quite easy to climb the rightmost "claw". But the next ones next to it will require mountaineering equipment and appropriate level of skills and stamina.

Tourist routes in the park

Seemingly very conventional types of natural tourism in the park - water, hiking and skiing - take the wilderness adventure to the next level here because of the remoteness and the severe climate of the land.

There are hiking summer routes in mountains and along forest paths, white water rafting on mountain boisterous rivers is quite popular. Skiing routes are provided for the winter period. Some of the most exhilarating and mind-blowing offers include combined routes starting from climbing the mountains and ending with rafting along one of the rivers in the national park.

Should you feel more zest for adventure, take an excursion to the old adits used for mining rock crystal and or a trip to reindeer herders, where you can ride a reindeer-pulled sledge on the tundra, almost like a Santa.

The most popular rivers for rafting in the northern part of the Yugyd Va Park (the Subpolar Urals) are the Kozhim, the Balbanyu, the Kosyu, the Vanguyr, the Bolshaya Synia. The southern part of the park (the Northern Urals) features the Shchugor river with the Bolshoy Patok tributary, and the Podcherem.

The most popular milestones of hiking trails (in summer) and skiing trails (in winter) are the highest peaks of the Urals: Mount Narodnaya (the highest point of the Ural Mountains), the symbol of the park Mount Manaraga, Mount Karpinsky (Karpinskogo), Kolokolnaya (Bell Tower), and Manciner.

A less complicated program would include climbing Mount Sabre with Hoffman glacier and Mount Sunduk.

How to get to Yugyd Va Park

You can get here from the following cities: Vuktyl, Inta, Pechora. Tourists are usually transported from the administrative buildings of these settlements to the recreation centres of the Yugyd Va Park where tourists take up the desired routes. Some recreation centres can be reached only by helicopter.

You can get to Vuktyl by bus departing from Ukhta railway station. During floods and ice formation periods you can travel by air. You can get to Ukhta by train following Vorkuta direction.

Inta can be reached by rail or by air. Air transportation is available from Syktyvkar. You can get by rail from the following cities: Moscow, St. Petersburg, Nizhny Novgorod, Adler.

You can get to Pechora by railway or air as well. Flights depart from Syktyvkar.

Permits for the Park Visit

Visits to the Yugyd Va National Park are possible only with a permit. You must submit the application at least 3 days before the trip. The permit can be obtained from the park's management in Vuktyla or from its branches in Inta and Pechora. You can also apply for a permit to visit the park online at the park's official website https://yugyd-va.ru.

The same website also provides up-to-date information on how to get to the park, recreational facilities and current open routes of the Yugyd Va National Park. 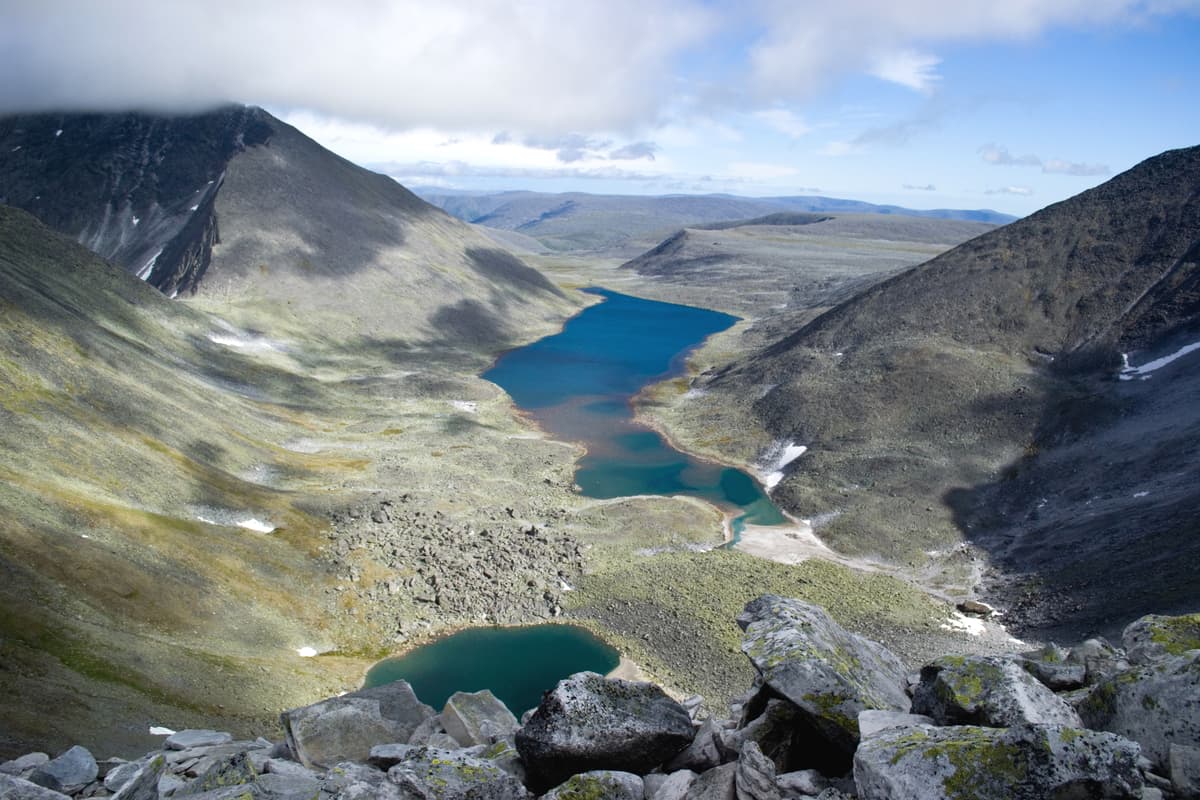 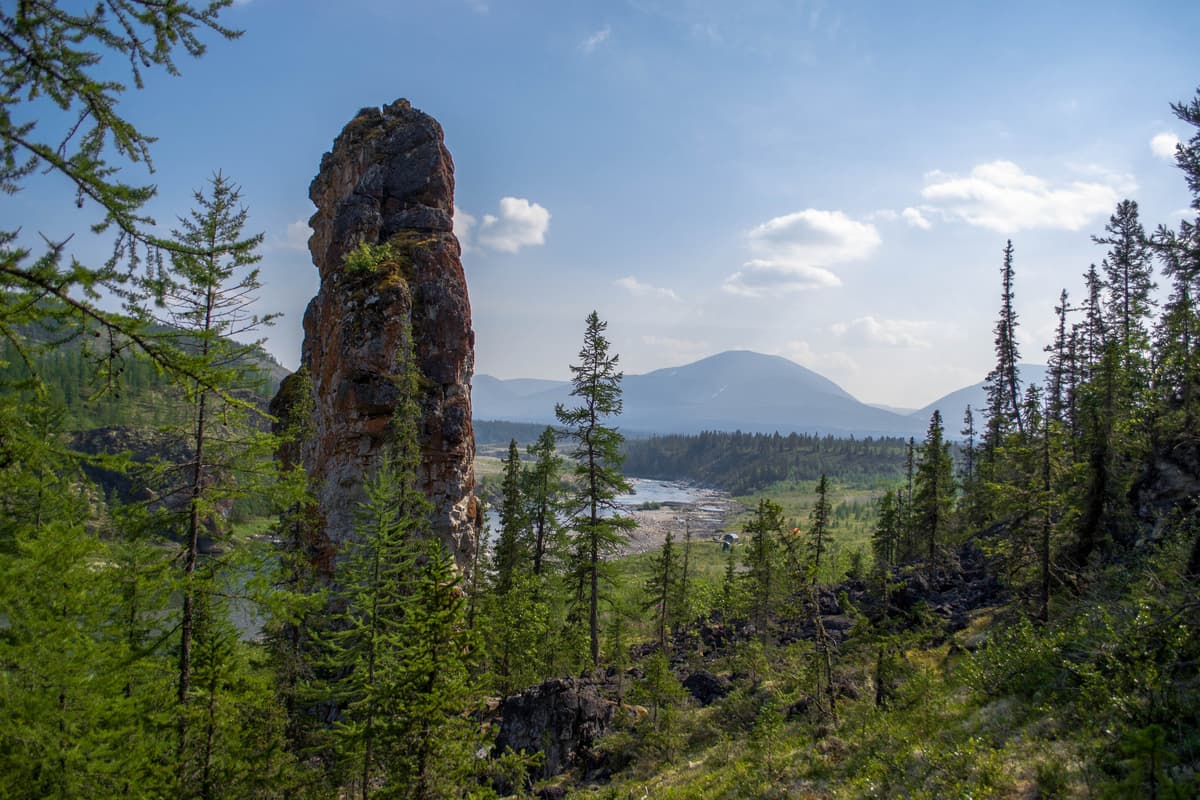 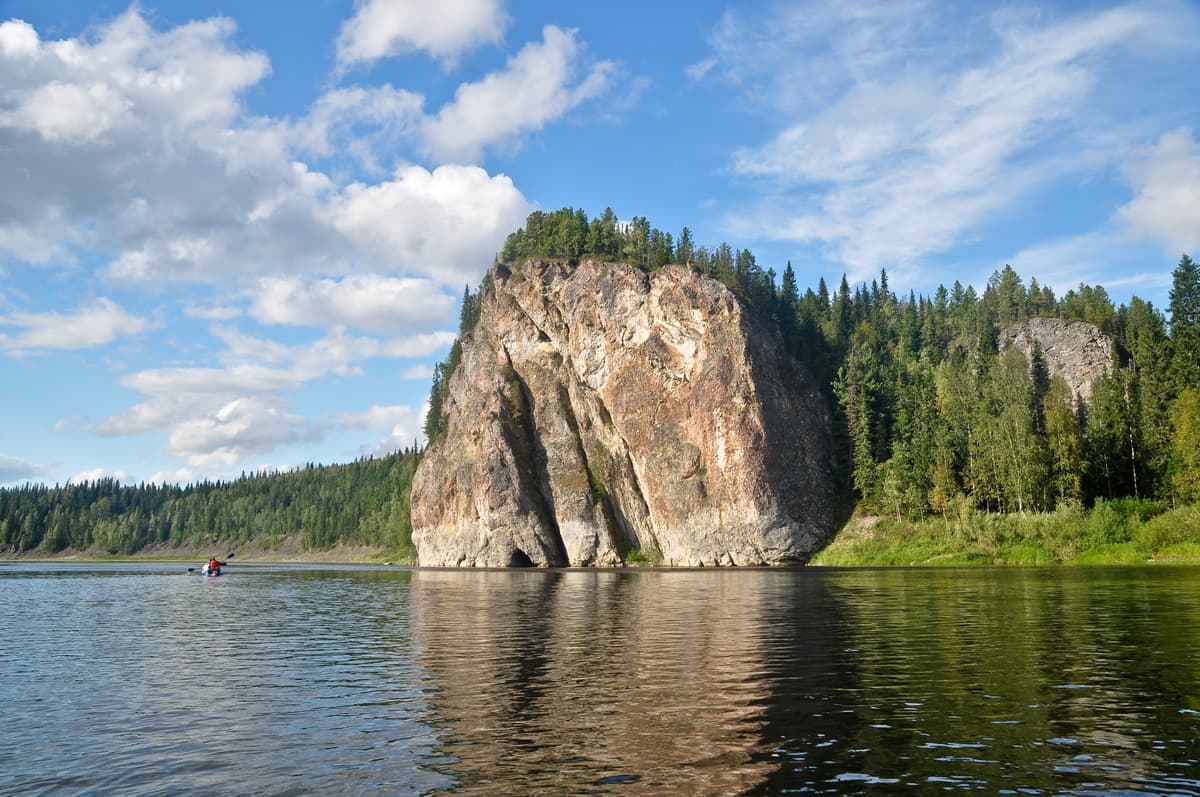 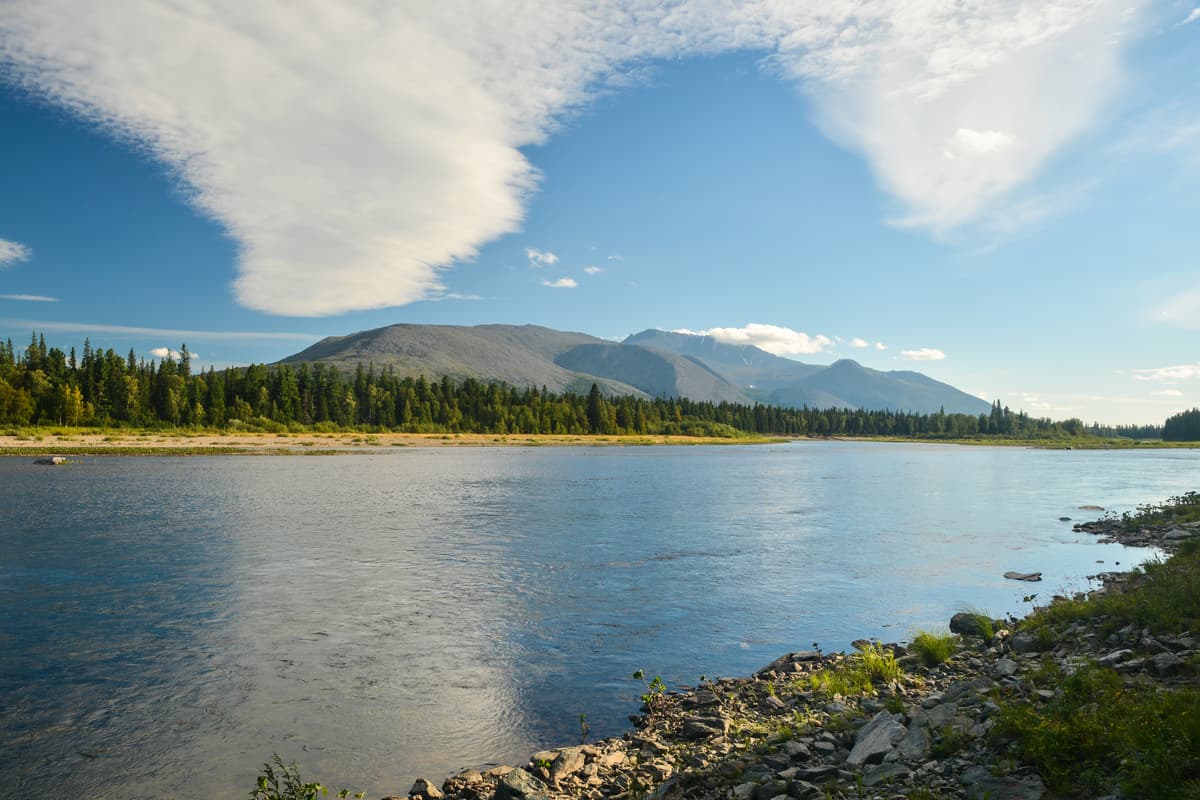 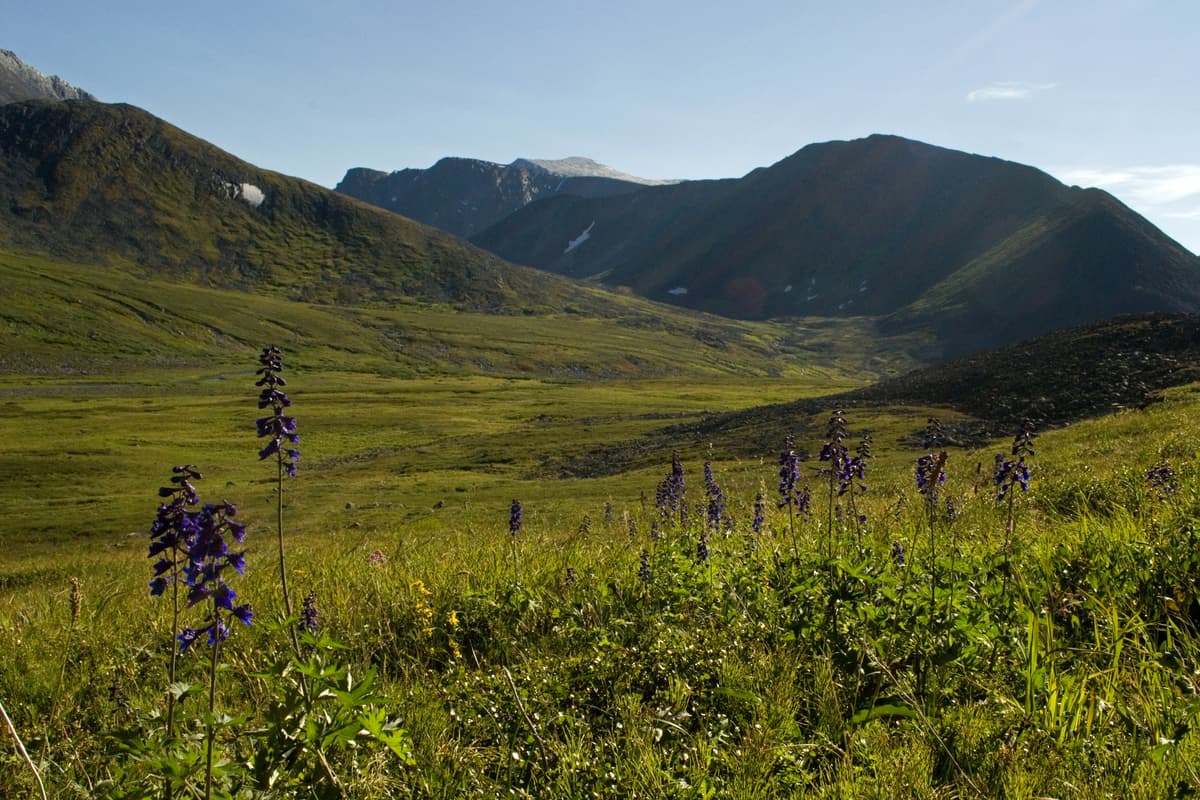 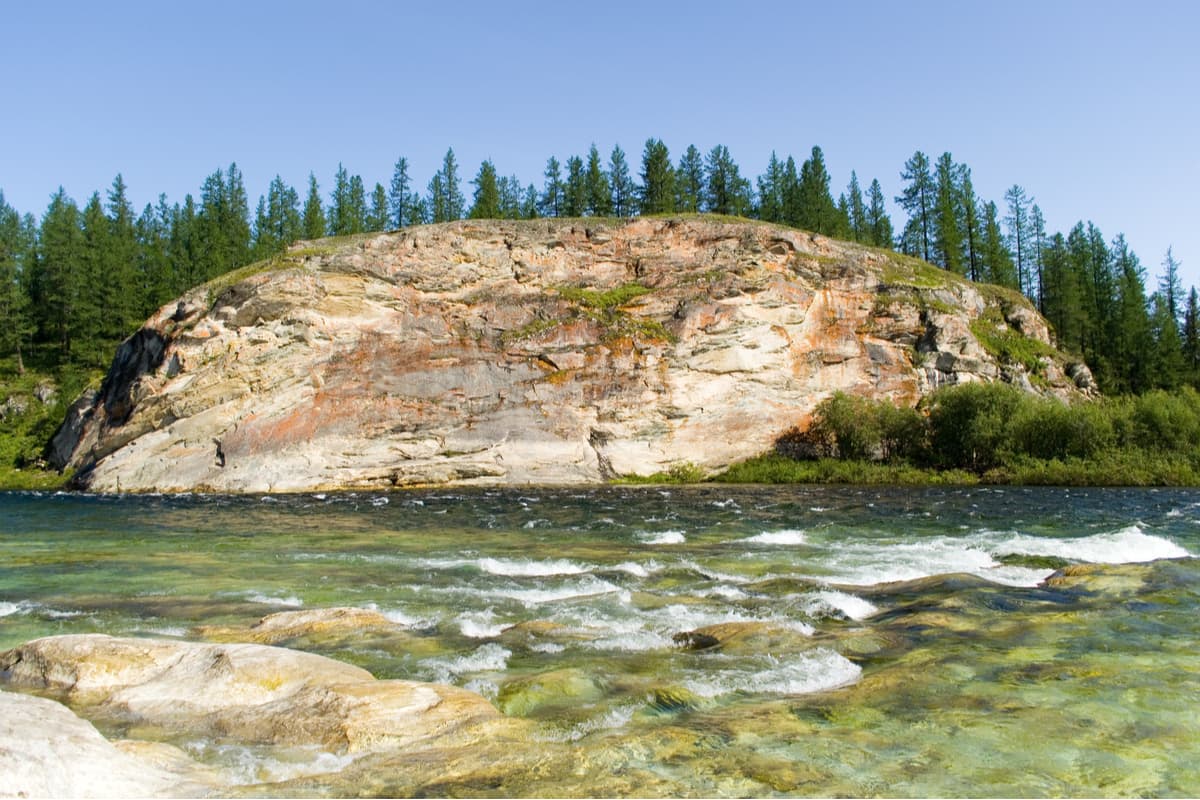 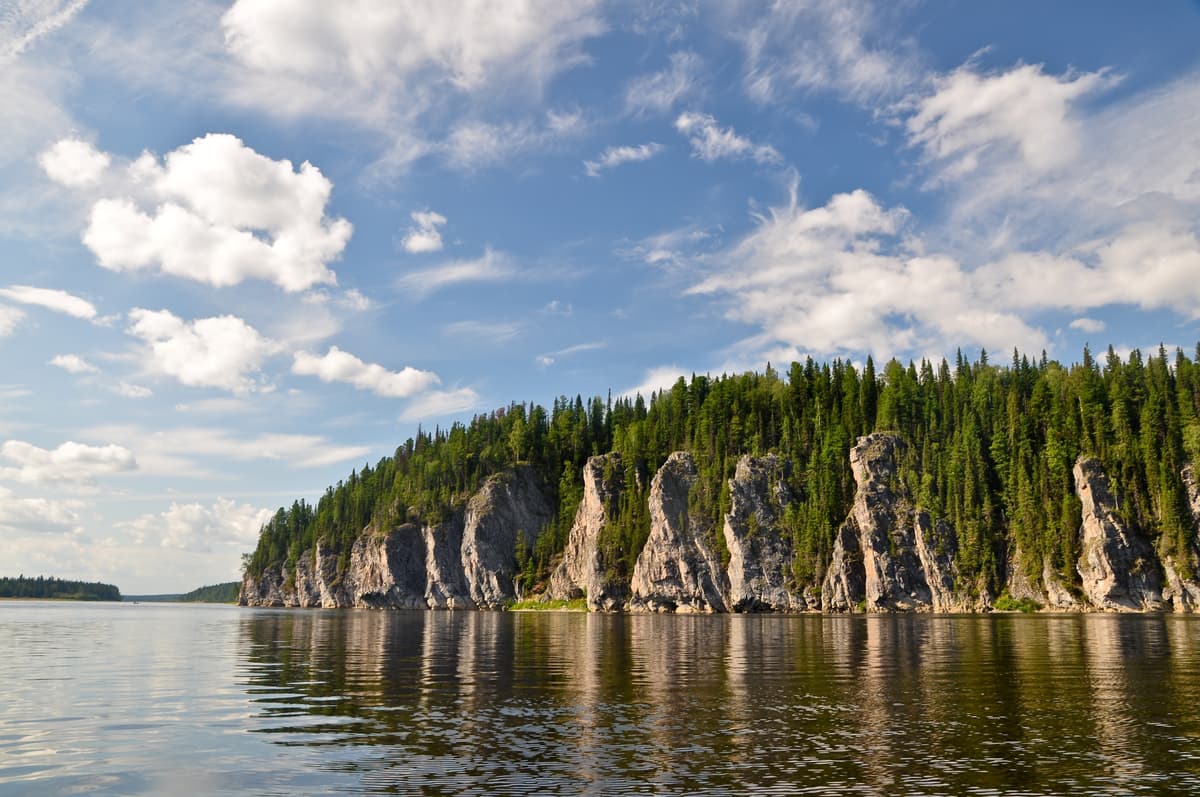