The Norse Peak Wilderness is a 52,315-acre designated wilderness that begins northeast of Mount Rainier National Park and stretches down both sides of the Cascade Mount Range crest. Located in central Washington, Norse Peak is bordered by William O. Douglas Wilderness and is managed by the Mount Baker-Snoqualmie National forest. 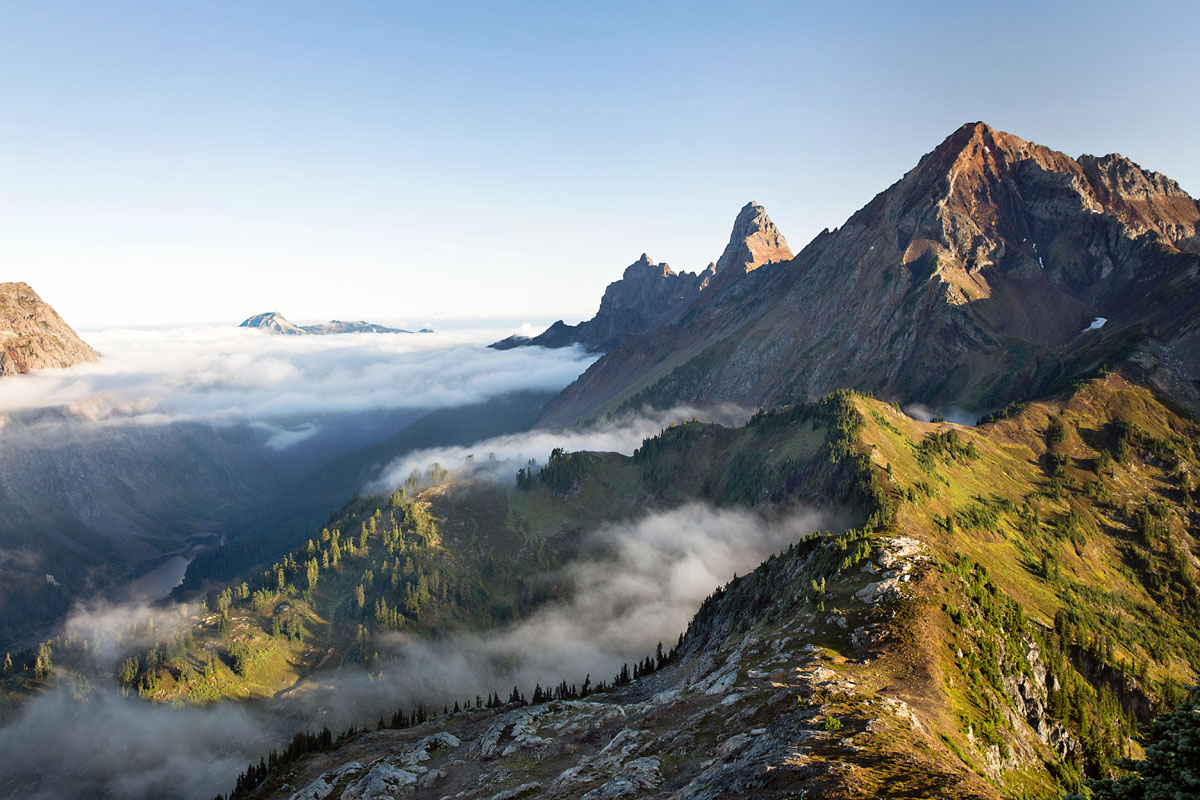 Established in 1984, Norse Peak was once known as the Summit Mining District and was once heavily grazed by domestic sheep. Historic remains of mining activity are still prevalent in this region. In fact, the southwest corner of the wilderness contains several old mine shafts and derelict cabins.

Elevations range from 3,000 feet at the Greenwater River in the north to 6,854-feet at the top of Norse Peak. Fifes Peaks, another prominent peak in the region also sits at over 6,800 feet in elevation. However, the Norse Peak Wilderness also contains several broad basins and lowland forests. Lower elevations are forested in spruce, Ponderosa pine, and larch. The western slopes of the wilderness house western hemlock, western red cedar, and Douglas fir, and the eastern slopes contain a mix of subalpine fir and mountain hemlock.

The most recognizable summit in the Norse Peak Wilderness is its namesake summit, Norse Peak. This summit is moderately popular and is known for its incredible views of Cascade icons like Mount Rainier, Mount Adams, Crystal Mountain, and Nelson Ridge.

In 2017, a severe wildfire burned more than 50,000 acres of this region, closing several forest roads, trails, and popular camping areas.

The most recognizable footpath in the Norse Peak Wilderness, the Norse Peak trail features idyllic alpine meadows, lakes, and summits. The trail is 5.2 miles and gains 3,000 feet in elevation. Just a mile into the trek, hikers will reach their first views of Crystal Mountain and Mount Rainier. At the summit, Mount Adams, Mount Hood, Glacier Peak, and the Olympics can be viewed along the horizon.

Snoquera Falls is an easy, 2.7-mile trail that leads to a beautiful, cascading waterfall amid mossy and dripping cedar, western hemlock, big leaf and vine maple, and the occasional harbingers of spring; skunk cabbage and trillium. At just .1 miles, the trail reaches a junction with the Moss Lake Trail before continuing straight to an amphitheater. The trail requires a bit of a scramble, but the cold spray from the falls is sure to cool you down.

Early settlers referred to Enumclaw as ‘Stevensonville,’ but today, this small mountain town is named after Enumclaw Mountain, which translates to ‘thundering noise.’ Enumclaw is a pastoral city that sits between plateau farmlands and the Cascade Mountains, making it the perfect gateway to Mount Rainier and the Norse Peak Wilderness. Nestled in the shadow of Mount Rainier, Enumclas is a city known for art, agriculture, and outdoor recreation. The town offers a variety of restaurants, accommodations, and recreational facilities and is within close proximity to Crystal Mountain Resort, which is home to first-class skiing and dozens of annual events. 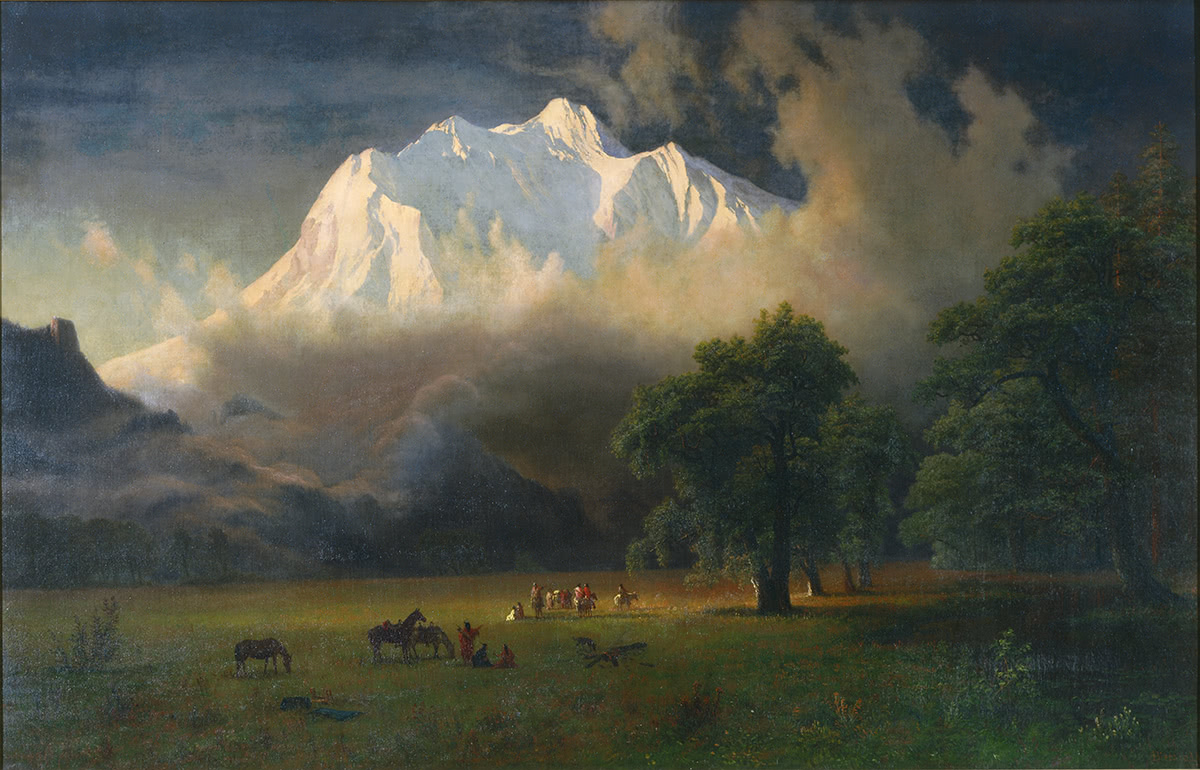 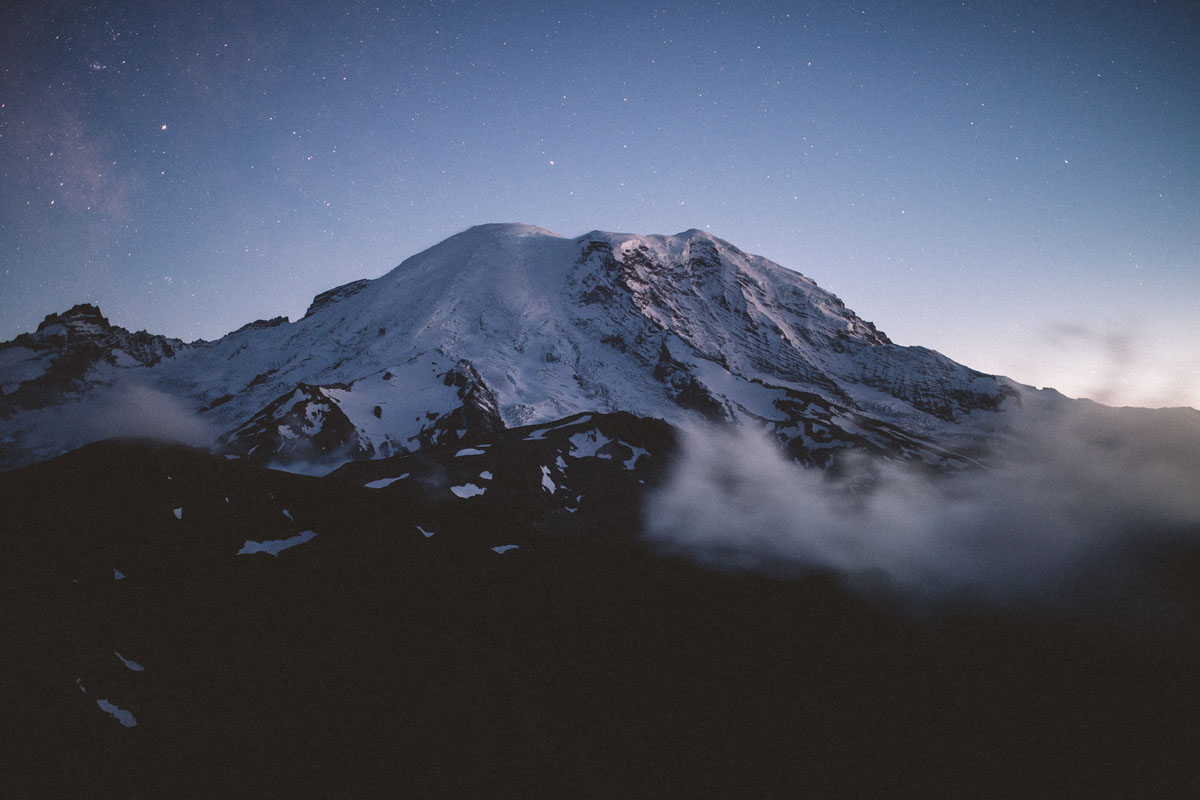