Parque Nacional Montecristo, known as Montecristo National Park in English, is located in the very northwestern tip of El Salvador. The park encompasses Montecristo cloud forest which is part of the larger biodiverse region of Central America. It is the only cloud forest in the entire nation and the park, along with the surrounding regions of Guatemala, and Honduras, are home to up to 7% of the species on the planet. 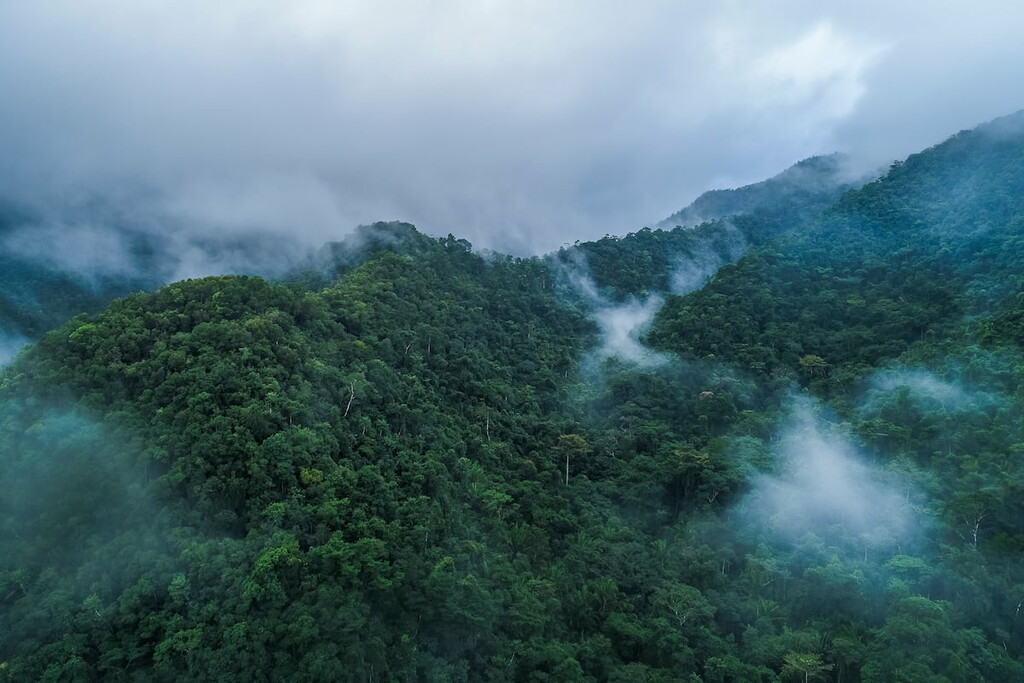 There are 9 named mountains in Parque Nacional Montecristo. The highest and the most prominent mountain is Cerro Montecristo at 7,917 feet with 4,570 feet of prominence, making it the third tallest peak in the country. The park covers a region of 4,875 acres and is part of the Trifinio Fraternity Biosphere Reserve, which it shares a border with. The park was established back in 1987 in order to protect the land and prevent further logging and destruction of biodiversity. It is also the first place within the country to be protected.

The cloud forest provides the region cooler temperatures throughout the year, compared to the rest of the country. Many trees in the forest stand at 30 meters high, intermixed with pines, oaks, and cypresses. Amongst the dense forest lie may creeks and streams, fed by the high amounts of precipitation. Besides the natural forest, tourists can also visit the Garden of the Hundred Years. Here they can witness an incredible display of the orchids that inhabit the area.

While the forest itself is impressive, the park is known for its vast amount of biodiversity. During parts of the year, the forest is home to over 275 endemic species of birds, not to mention the various species that inhabit the region. Besides birds, the park is home to small animals such as mice and squirrels. Some of the more elusive species in the region are the porcupines, white-tailed deer, and pumas.

El Trifinio: The main trail in the park, takes visitors to the highest point, known as El Trifinio. The route is popular and also leads to where El Salvador, Guatemala, and Honduras intersect. The roundtrip route usually takes hikers between four and five hours. The dirt trail winds through the forest for the first half before ascending to the iconic landmark. It is recommended that hikers hire a guide if they are unfamiliar with the region.

There are numerous other trails within the park, though they are not as heavily trafficked. These other routes are not nearly as strenuous as hiking to El Trifinio. Instead, trails often lead to the creeks, over bridges, and to small waterfalls throughout the park. Camping is available near the main parking lot entrance into the park, and permits are needed for camping.

The city of Santa Ana is located an hour and a half south of the Parque Nacional Montecristo. The city is the second largest in El Salvador, second only to the capital, San Salvador. The city has a population of 375,000. Santa Ana sits at an elevation of over 2,100 feet and has a warm and moderate climate year-round. This city is close to both Santa Ana Volcano, as well as the iconic Izalco Volcano. Besides being surrounded by the country’s natural beauty, Santa Ana is also a popular tourist destination to learn more about the culture of El Salvador. The two major markets within the city are the Colon and Central Markets.

San Salvador is located three hours south of the Parque Nacional Montecristo. San Salvador is the capital and the largest city within El Salvador. The metropolitan region has a population of 2.4 million. The city sits at about 2,100 feet above sea level within the Boqueron Volcano Valley. Due to its large population, the city is known for being the political, cultural, and economic hub of the country. The city is also known for its outdoor markets, museums, and vibrant nightlife. The central location of the city allows visitors to have easy access to various parts of the country.