Kopaonik National Park is a protected area located in the southern part of Serbia that is home to the country’s largest mountain massif. The park is the most popular skiing center in the country, and it is an amazing hiking destination for the summer months. There are 28 named mountains in Kopaonik National Park. The highest and the most prominent mountain in the park is Pančić's Peak (2,017 m/6,617 ft). 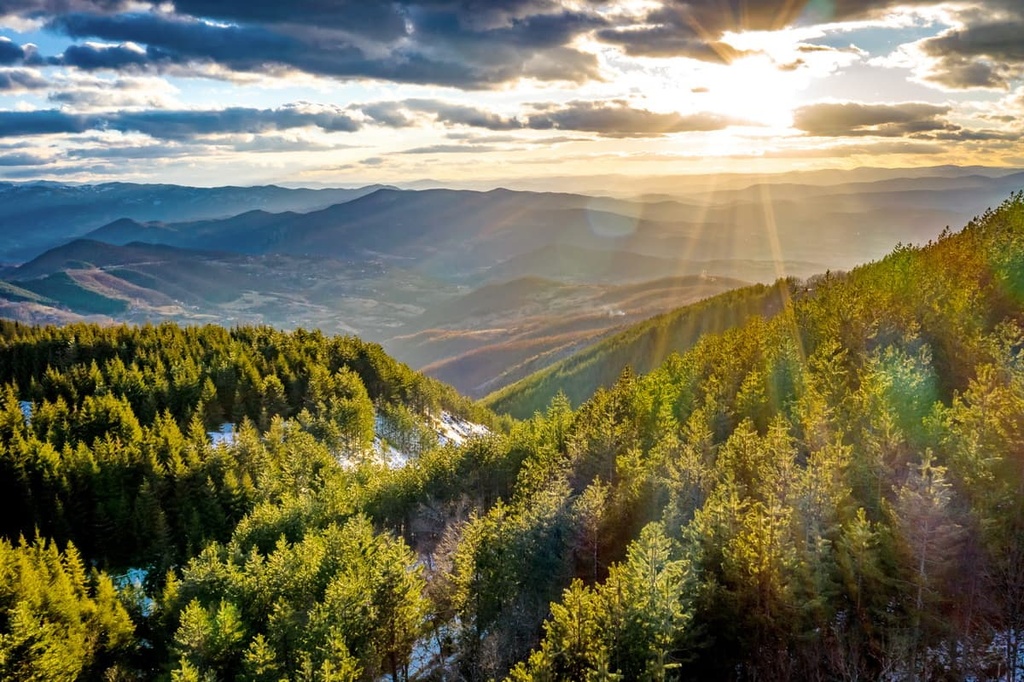 The national park contains 698 hectares (1,724 acres) of land separated into 11 nature reserves and 26 natural monuments. Of these reserves and monuments, 12 are geomorphological, 6 geological, and 8 hydrological. There are also15 buildings classified as immovable cultural property.

The national park is divided up by valleys, and there are passes between its peaks that appear like flat surfaces. Park’s biggest mountain Kopaonik has a vast, fluvial undulating plateau about 1,700 m (5,577 ft) high, called Ravni Kopaonik.

All three main rock types (igneous, sedimentary, and metamorphic) may be found in Kopaonik National Park. In particular, the park is home to tonalite granite, shale, andesite, dacite, limestones, and sandstones.The park is also home to sizable deposits of valuable ores and minerals.

Besides thermal springs, there are mineral springs and a source of low-level radioactive water (the most radioactive in Serbia) in the park. They are located at elevations of 1,950 m (6,397 ft) and 1,700 m (5,577 ft), respectively.

With almost 200 sunny days a year, Kopaonik easily deserves its second name “Sunny Mountain.” The southerly aspect, elevation, and openness of the terrain all provide excellent habitats for species to thrive in the park.

Additionally, the park normally has fairly mild winters. The average annual temperature in the park is 3.7 degrees C (39 degrees F). Snowfall normally begins in late November and lasts until May. The park also receives more than 1,000 mm (39 in) of precipitation per year.

Kopaonik is home to the largest forest-pasture zone in central Serbia. In the higher elevations of the park, there are coniferous spruces and firs, and on the sides, there are beech and oak forests.

The park is also home to a number of endemic species, such as the Sempervivum kopaonicense Pančić, the Cardamine pančići, and the Viola kopaonicensis.

Of the many animal species in the park, the most important are the gray falcon (Falco peregrinus), the golden eagle (Aquila chrysaetos), the Eurasian eagle-owl (Bubo bubo), the wildcat (Felix silvestris), and the roe deer (Capreolus capreolus).

The area that is now part of Kopaonik National Park has a long history of human habitation. The oldest known human settlements in the region are Paelolithic in age. Researchers have also uncovered neolithic remains and mining artifacts that date back to Classical antiquity.

Mining in the region first began to develop in earnest during the Roman Empire. There is evidence of mines and mining villages in the Kopaonik massif that date to the third and fourth centuries CE.

This tradition of mining continued well into the Middle Ages. By the fourteenth century, the Kopaonik region became one of the major hubs for mining in all of what is now Serbia. These mines primarily sought out copper, zinc, lead, iron, gold, and silver.

Mining activity eventually drew to a close during the Ottoman period around the fifteenth century onward. However, around this time, the Ottoman Turks helped develop the region as an early tourism center. They built a number of traditional hammams (Turkish baths) including the remains of one located at Jošanička Banja.

Kopaonik is one of Serbia's most popular tourist attractions because of its well-developed tourist infrastructure, which includes contemporary hotels and other amenities. In 1981, the Kopaonik area was designated as a national park to protect its rich ecology and cultural heritage.

Depending on your interests and experience level, Kopaonik National Park offers numerous hiking opportunities for visitors to enjoy. Here are some of the best hikes to check out in the park.

One of the more casual hikes in the park, the trek to Duboka takes most hikers about 4 to 5 hours to complete and has an elevation gain of about 416 m (1,364 ft). The trail passes through the scenic landscapes of Ravni Kopaonik-Pajino preslo, Duboka, Kneževe bare, and Ledenica.

The trail then makes a gentle ascent along a dirt road to the starting station of the Kneževa bara Ski Lift. Then it follows a path to the top of Ledenica (1,870 m/6,135 ft) before making its way to the exit station of the Bela reka 2 Cable Car.

You’ll then return along the ridge of Ledenica, Karaman, and the ski trail Mali Karaman (Rtanj) to the starting station of the Mali Karama Ski Lift, which is located next to the lodge Rtanj (1,760 m/5,774 ft).

Metođe is a longer hike of moderate difficulty that takes most people about 6 to 7 hours to complete. It is a nature reserve within Kopaonik National Park that’s known for its stunning forests.

At the top of Veliki Karaman, there are monolithic granite rocks with views of the surrounding mountains, including Rtanj in the north, Jastrebac and Stara planina in the east, and Prokletije, Šare, Bjelasica, Komovi, and Durmitor in the west.

From Metođe, you’ll return along the same path along the stream to the starting stations of the Ledenice and Gvozdac ski lifts.

Hajdučica is another relatively long hiking trail that takes most trekkers about 7 to 8 hours to complete. The trail passes through the center of Ravni Kopaonik, which is covered with coniferous forests, rare plants, glades, streams, and the peat bogs of Jankova bara.

The starting point for this trail is the center of the village Konaci near the children's resort Kragujevac. From here, you’ll find a marked path that takes you to a large outcropping of rocks. At the top, you’ll get the most beautiful view of Ravni Kopaonik and of the other parts and peaks of Kopaonik.

Oštri krš is a medium-difficulty hike with an ascent of about 588 m (1,929 ft). It takes most hikers about 6 hours to complete. The trail leads along the edge of Suvo Jelak in the direction of Oštro krš 1,741 m (5,711 ft). From Oštri krš, you can see the endless forests of the Gobelja reserve and the valley of the Gobelja river.

This trail to Semeteško Lake is a difficult and long hiking trip that involves about 850 m (2,788 ft) of elevation gain. It brings you to Semeteško Lake, which is located at an elevation of about 900 m (2952 ft) near the village Semeteš.

You can reach Lake Semeteško along the marked Transverzala Josif Pančić Trail. It takes about 8 to 10 hours of hiking to reach the lake and return back to the trailhead.

The Transverzala Josif Pančić Trail was established in 1999. It has a total length of about 46 kilometers (28.5 mi) split up into an eastern and a western section.

The western section has 5 checkpoints (KT) and a length of about 28 kilometers (17 mi). The trail doesn’t have any sizable elevation gain, though it takes about 10 to 12 hours to hike in its entirety.

Kopaonik’s ski center, the Kopaonik Mountain Resort, is one of the best ski destinations in the country.

The resort has a system of 24 lifts about 50 km (31 mi) of groomed alpine trails, and 12 km (7.4 mi) of nordic ski trails for skiers and snowboarders. Many of the lifts at the resort were modernized in recent years, so they’re super fast and comfortable to ride.

In addition to skiing, there are many cafes, clubs, and restaurants at the resort. The prices in them are, compared to ski resorts in the Alps, quite affordable. For example, in one of the most popular places on Kopaonik, the Salaš 137 restaurant, you can drink coffee for just over €1 and beer for €2.

When it comes to accommodation in Kopaonik National Park, there’s no shortage of options to choose from. There are many hotels, resorts, and private rentals available all year long.

Prices of accommodation on Kopaonik cost about €50 to €100 per person per day in a luxury hotel with an all-inclusive package. These packages normally include access to a swimming pool, gym, and other resort-style amenities.

Alternatively, you can spend a night in a mountain lodge in Kopaonik for about €20 per night for half-board. Private apartment-type accommodation is also available for about €50 to €80 per night.

Looking for a place to stay near Kopaonik National Park? Here are some of the best cities and towns to check out:

Niš is the largest city in the southern part of Serbia and the seat of the Nišava Administrative District. The city is home to approximately 260,000 residents, making Nis the third largest city in Serbia (after Belgrade and Novi Sad).

Niš was the administrative, military, and trade center of various states and empires during its long history. In fact, the emperors Constantine the Great and Constantius III were born in the area that is now Niš.

Getting to Kopaonik National Park

Airports closest to the Kopaonik National Park are the following:

You can also reach the tourist center of Kopaonik from Belgrade using one of two highway routes:

Alternatively there are a few public bus lines available to take you to the Kopaonik region:

If you plan to travel by public transport, flying into the airport at Belgrade is ideal as it is the capital and largest city in Serbia. 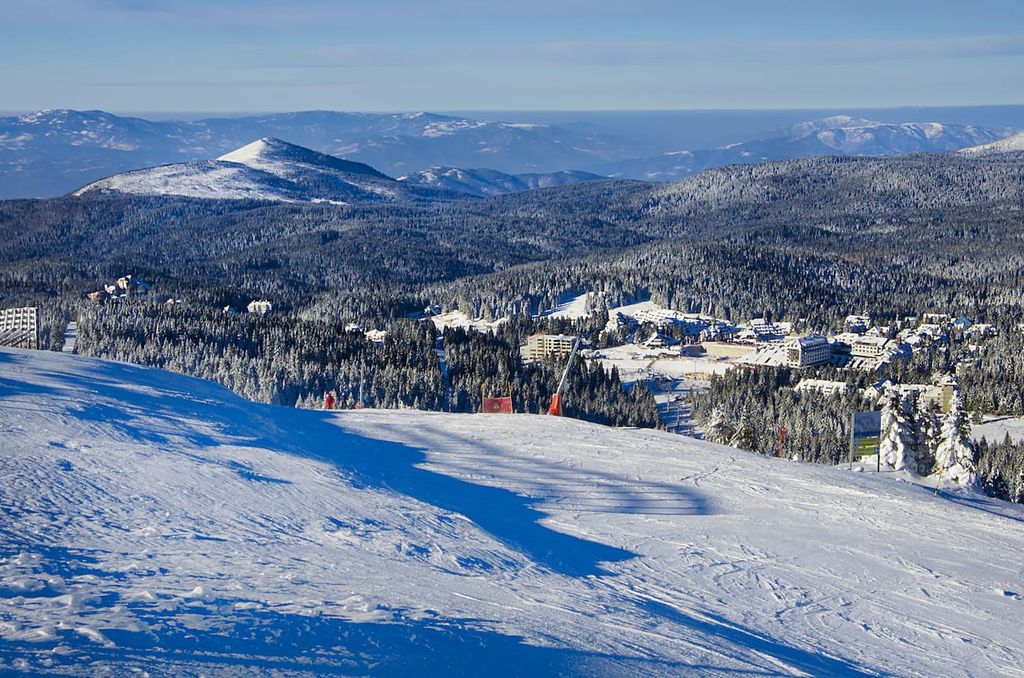 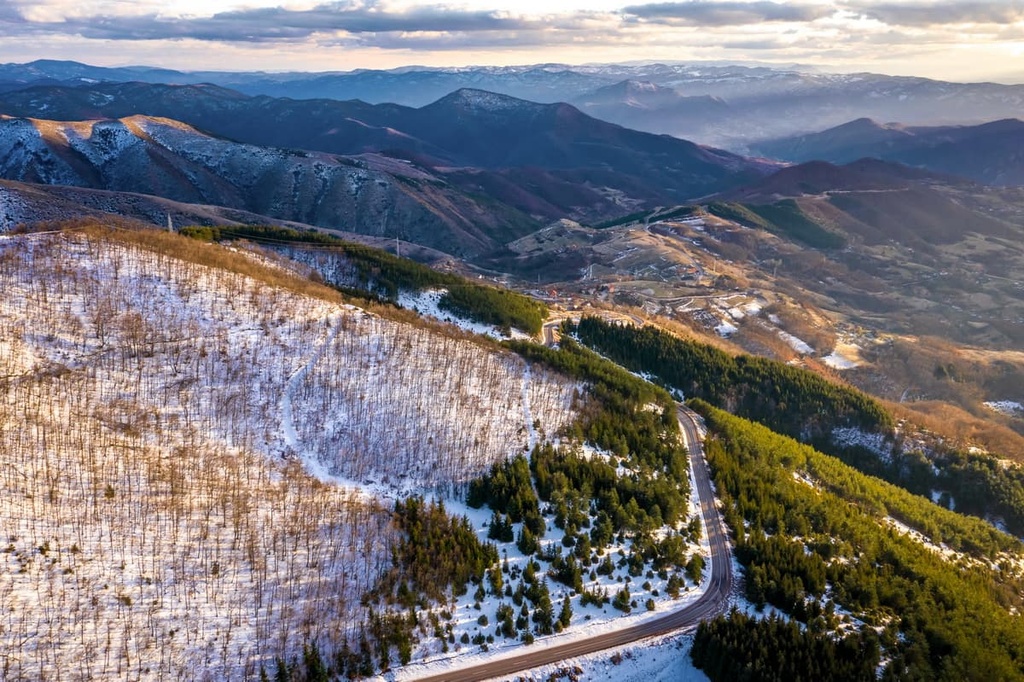 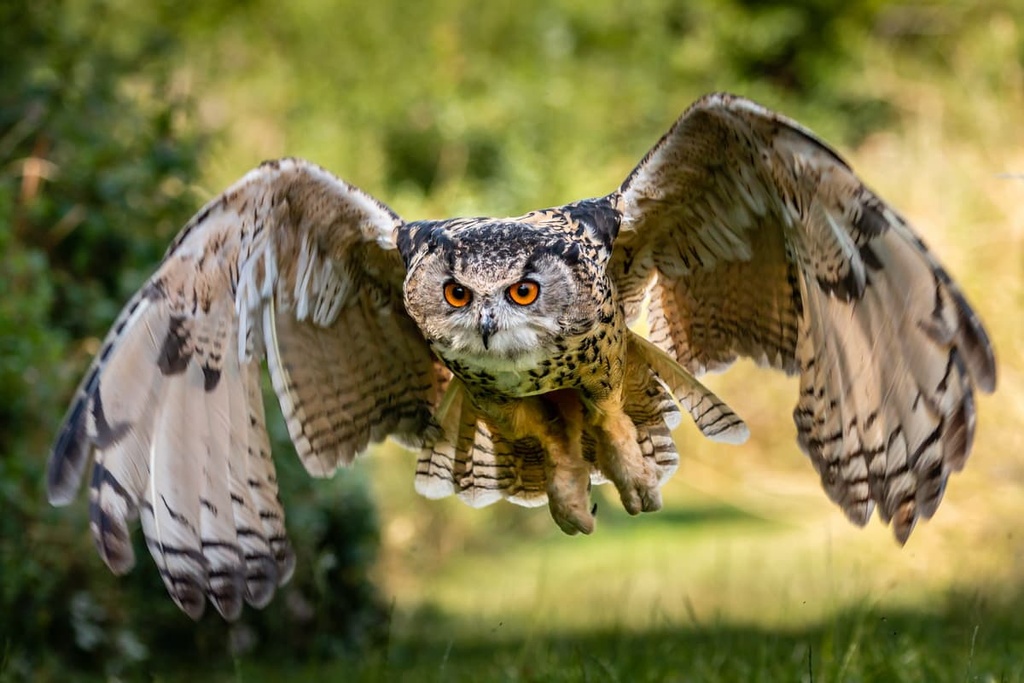 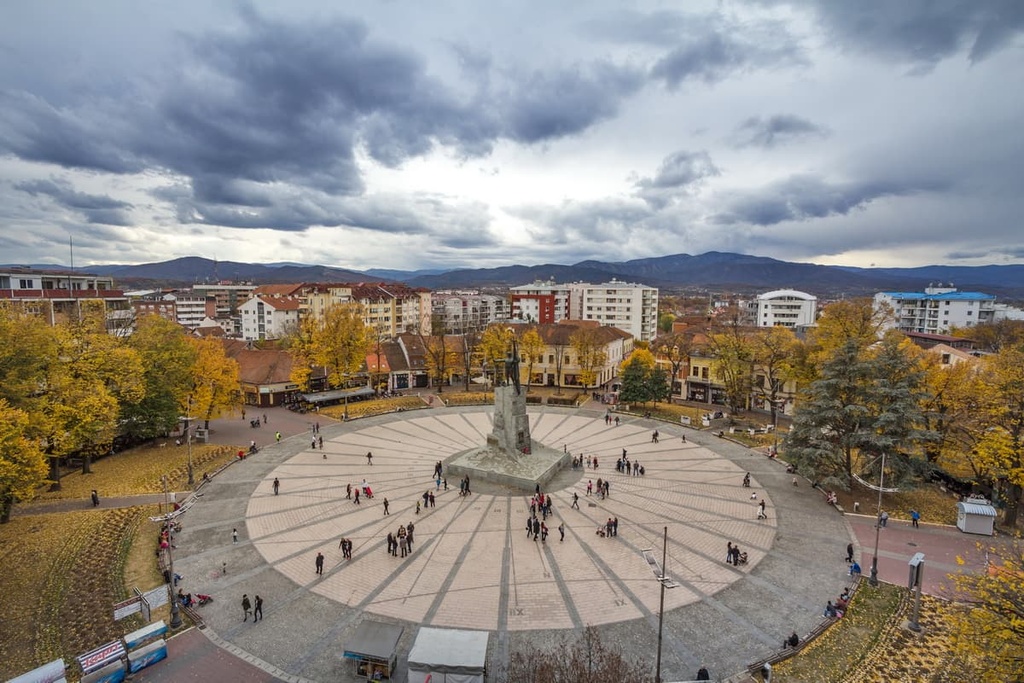 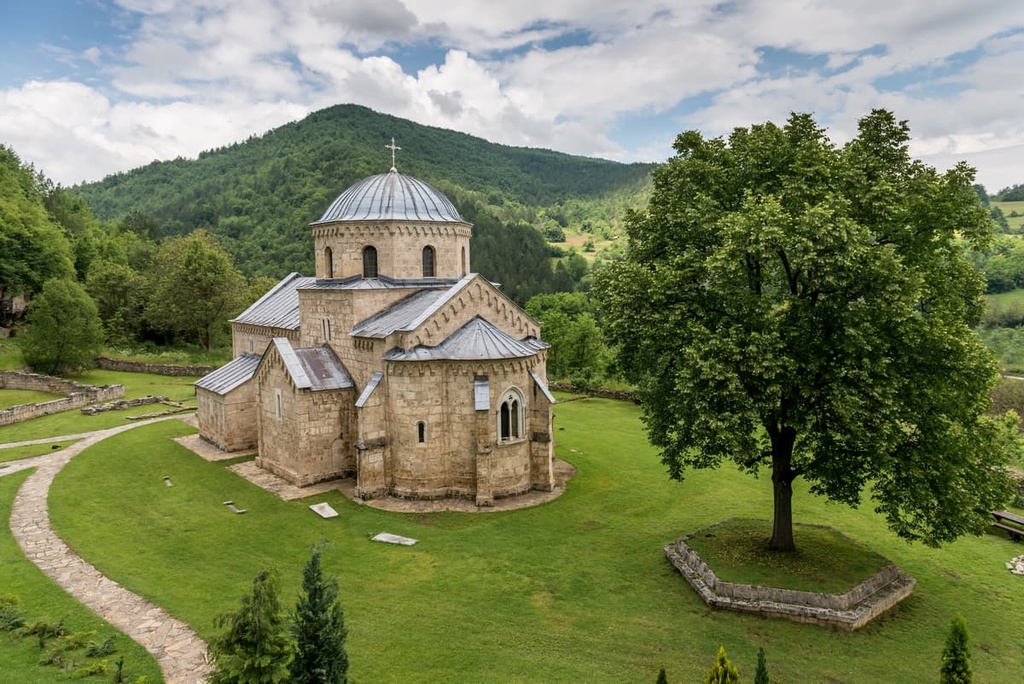