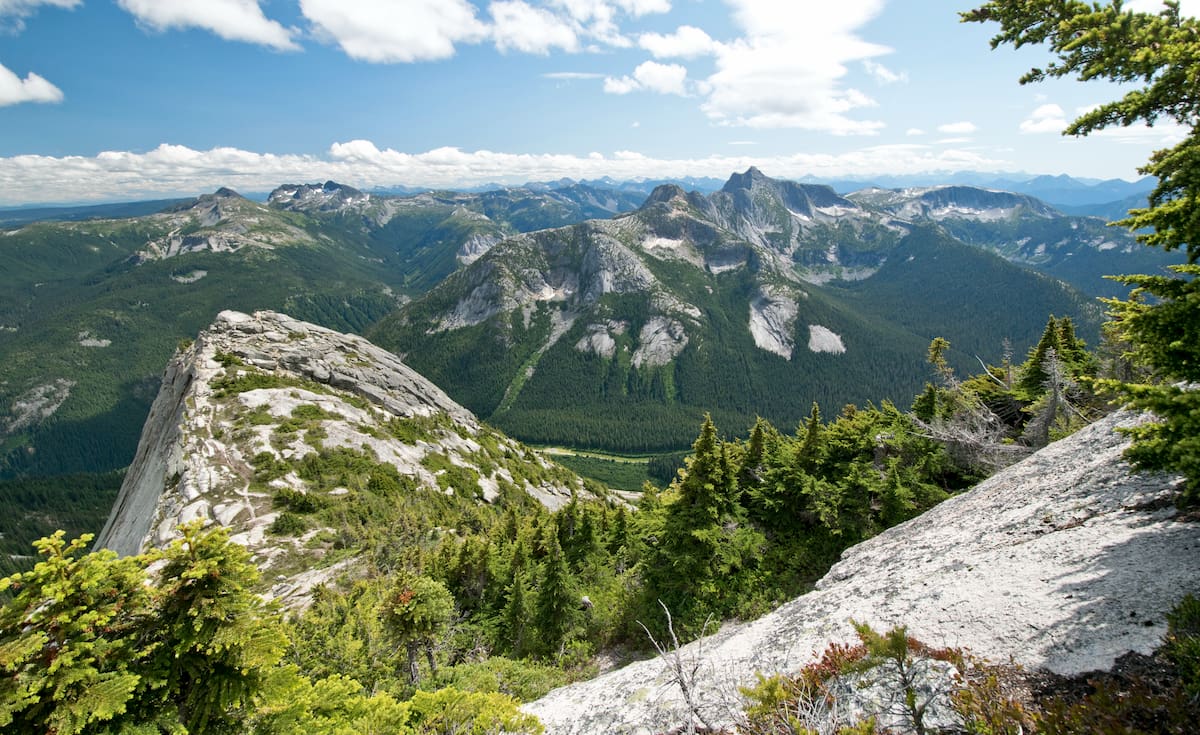 The region has long been a major transportation route between the coastal region and the interior of British Columbia. This route dates back to the Hope-Nicola Trail in 1876 with aboriginal groups using it long before that. Remnants of the old Kettle Valley Railway, which exists from the early 1900s to the 1960s, can still be found today. The Recreation Area offers breathtaking views for those driving through the region but is best viewed by going a hike, backcountry skiing, and snowshoeing in the winter months.

Needle Peak Trail: As the highest and most prominent peak in the Recreation Area, the hike to the summit of Needle Peak is worth the elevation gain. The trail totals 5.3 miles out and back with 2,683 feet of elevation gain. At the beginning, the trail crosses creeks before entering the forest, after climbing for a few miles the trees thin with panoramic views of the surrounding mountains. Near the top, hikers must scramble over large boulders in order to reach the summit. In cooler months, many of the rocks become slippery when covered with snow and ice so it is recommended that hikers come prepared with crampons.

Flatiron via Needle Peak Trail: The trail to Flatiron begins the same as the route to Needle Peak. However, once the trees begin to thin, hikers turn right to head towards this nearby summit. The route totals 6.9 miles with 2,844 feet of elevation gain. At the summit hikers are greeted with the crystal-clear waters of a summit lake.

Yak Peak Trail: The trail up to Yak Peak is no easy feat. The route totals just 3.7 miles out and back with 2,519 feet of elevation gain. Yak Peak Trail follows the highway for a bit before a steep incline takes hikers to the summit. The seemingly smooth rock face of this peak distinguishes it from others in the area that tend to be more rugged. The last half of the climb is a scramble up the rock face in order to reach the summit.

Zoa Peak Trail: This 6.1-mile hike has 2,286 feet of elevation gain. The trail climbs through the forest and steadily before a steep increase after a few kilometers. From there the trail follows a ridgeline up to Zoa Peak with Falls Lake seen below. At the summit hikers can see nearby Yak, Nak, and Thar peaks.

Located just an hour west of Coquihalla Summit Recreation Area lies the city of Chilliwack. With a population of approximately 100,000, Chilliwack is the seventh largest city in British Columbia. The city is also near Cultus Lake and lies 63 miles southeast of Vancouver. Hikers don’t have to look far for an adventure with the Chilliwack Community Forest located within the city limits.

The city of Abbotsford lies 1:30 west of the Coquihalla Summit Recreation Area. With a population of just over 141,000, it is the largest municipality in the British Columbia outside of Vancouver. The city sits just outside of Vancouver along the Fraser River. The city is known for being one of the most charitable cities in Canada, as well for the Abbotsford Arts Council. Much of the city has views of Mount Baker to the south, located in Washington State, and the Coast Mountains to the north. Surrounded by mountains, lakes, and provincial parks, Abbotsford provides the nature of Vancouver without the population density.

The city of Kelowna lies two and half hours to the northeast of the Coquihalla Summit Recreation Area. Located on Okanagan Lake within the Okanagan Valley of British Columbia, Kelowna is the seventh largest city within the province. The term Kelowna is derived from the Okanagan language term for grizzly bear. The city sits on the eastern shore of Okanagan Lake and is a notable stop within the wine country. During warmer months the town is full of water sports, hiking, biking, and running. Take a trip to Myra Canyon on the reclaimed Kettle Valley Railway. From there cycle through tunnels and along a steep canyon rock face. 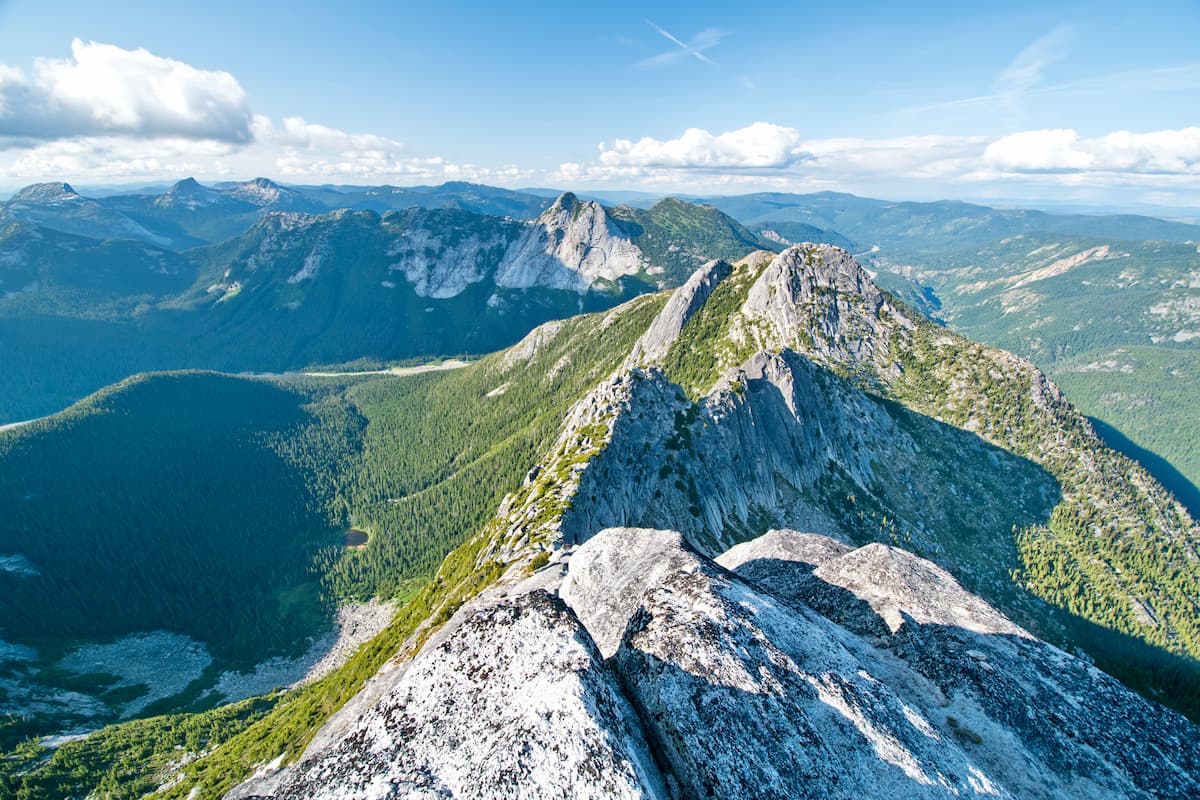 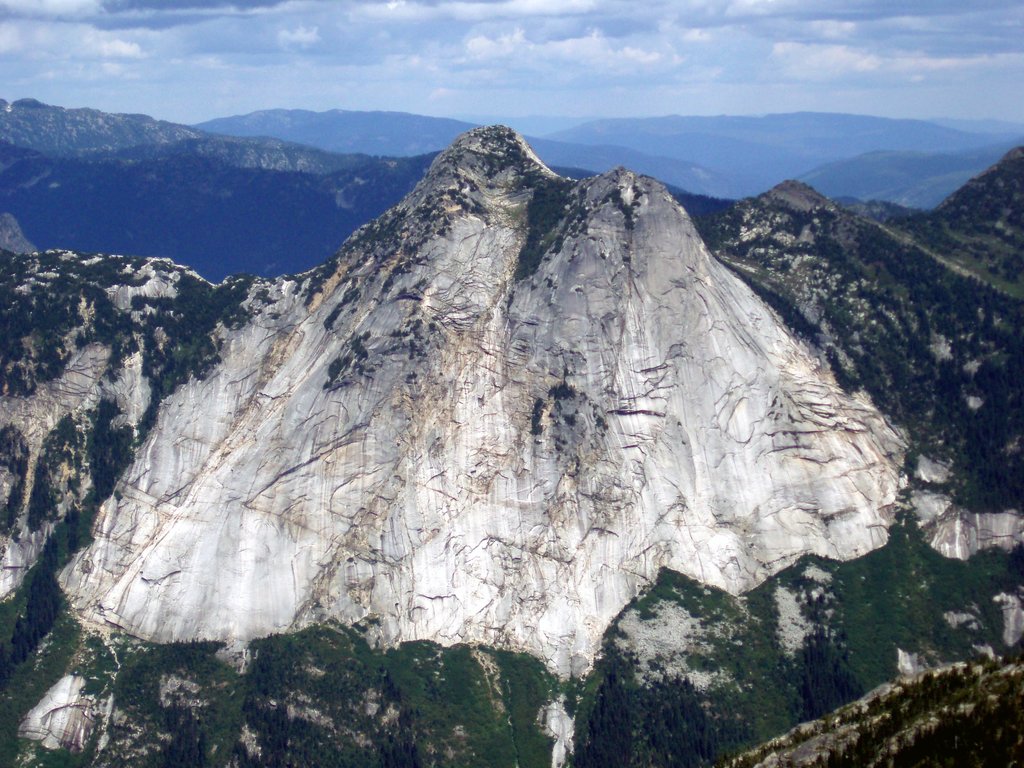