Border Ranges National Park is a protected area located in the Northern Rivers region of New South Wales in Australia. A small section of the park is also located in South East Queensland. It’s part of the Gondwana Rainforests of Australia World Heritage Area and covers around 31,683 hectares (78,290 acres) of terrain. There are 30 named mountains in Border Ranges National Park, the highest and most prominent of which is Mount Lindesay (1,183 m/3,881 ft). 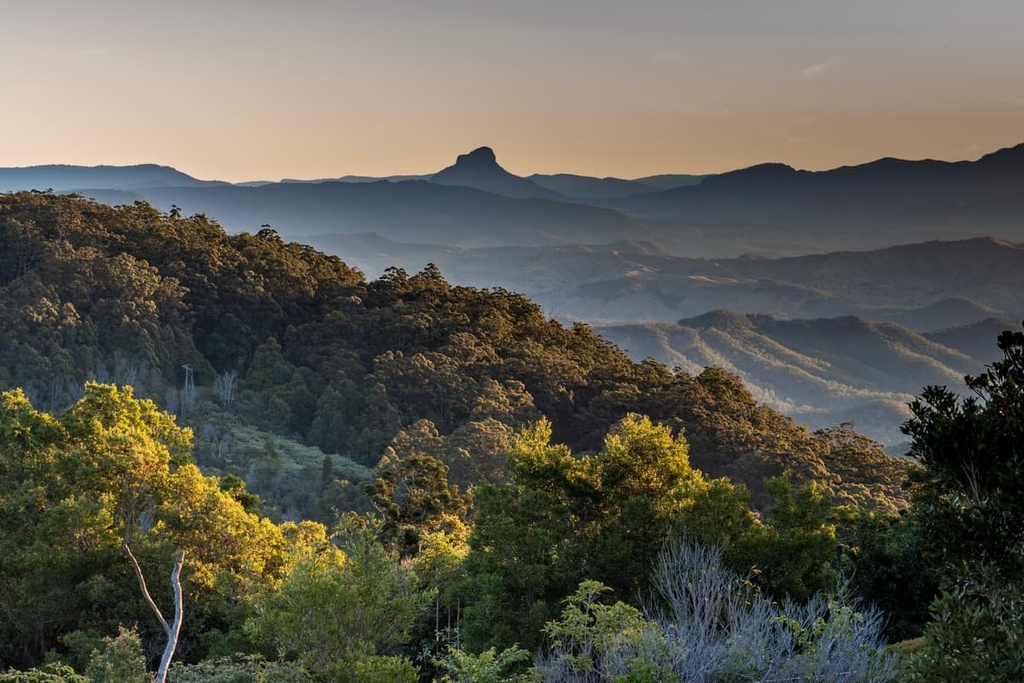 Border Ranges National Park covers an area of around 31,683 hectares (78,290 acres) in the Australian states of New South Wales and Queensland. The national park is part of the broader UNESCO World Heritage-listed Gondwana Rainforests Area, and it is situated on the rim of an ancient volcano.

Along with the nearby McPherson Range, Springbrook Plateau, and Nightcap National Park, the Border Ranges National Park forms part of a large crater of the ancient Tweed Volcano. The Tweed Volcano is believed to be the largest volcanic crater in the southern hemisphere.

Border Ranges National Park was included on the World Heritage list as part of the Gondwana Rainforests in Australia (formerly known as the Central Eastern Rainforest Reserves), which includes other major subtropical rainforests in northeastern New South Wales and southeastern Queensland. Together, they make up the most expansive area of subtropical rainforest in the world.

The national park is also home to some rugged and rocky outcrops as a result of this volcanic activity. The highest and most prominent peak in the park is Mount Lindesay, which stands at 1,183 m (3,881 ft) in elevation and is located on the state border of New South Wales and Queensland. Other notable peaks in the park include The Bar Mountain (1155 m/ ft) and Pinnacle Hill (919 m/).

As Border Ranges is part of an extended rainforest and ancient volcanic area in eastern Australia, there are several other nearby and connected national parks that are worth checking out if you’re in the region.

The ranges, rocky peaks, and deep valleys of the park are the remnants of this volcano that have survived millions of years worth of erosion. Many of the prominent peaks in Border Ranges are examples of volcanic plugs, which formed when lava cooled inside a vent of an active volcano.

Over time, significant weathering has carved out the region's volcanic rocks to leave behind the rugged and uneven peaks that we see in the park to this day.

The rainforest provides a vital habitat for many species of plants and animals. Much of the national park is covered in Nothofagus moorei (Antarctic beech), an ancient type of rainforest tree that is found predominantly in the southern hemisphere. A visit to Border Ranges National Park offers one of the most intimate experiences possible with this kind of unique subtropical temperate rainforest.

The park is also home to an incredible variety of fauna. In the park, you can spot eastern grey kangaroos, red-necked wallabies, koalas, common ringtail possums, and long-nosed bandicoots.

Border Ranges is also part of the broader Scenic Rim Important Bird Area, which is home to numerous threatened species. For example, you might be able to spot the satin bowerbird or the rare Albert’s lyrebird among the trees in the park.

Border Ranges National Park is part of the traditional home of the Githabul people. The dramatic landscape of the park is closely connected to their culture and spirituality, and there are many ancient sites within the park boundary that relate to their Dreaming practices.

Logging and clearing began in the region in 1842 with the arrival of the European cedar-getters, farmers, and graziers. Over time, mills were set up in the region’s valleys to mill cedar and hoop pine from the forest.

The Long Creek Tramway was built by loggers to haul logs from the rainforest to Long Creek Mill. The tramway was closed in 1947 and the mill was later shut down in 1954. However, you can still see remnants of the tramway to this day.

The area was finally proclaimed a national park in 1979. As a result, management and protection of the area were handed over to the National Parks and Wildlife Service. It was then combined as part of the wider rainforest region that was inscribed with World Heritage Site status in 1986.

There are several walking trails in Border Ranges National Park that visitors can use to admire the dense rainforest and panoramic views of the region from various lookout points. Most of the hikes in the park are achievable for many hikers, and most are rated as easy to moderate in intensity.

With that in mind, here are the best hikes in Border Ranges National Park to check out during your next trip to the region.

The Bar Mountain Circuit is one of the most popular walking trails in the park. This 4 km (2.5 mi) loop trail winds its way down the ridge on the park’s western escarpment beneath a canopy of giant trees.

The path then takes you to the Bar Mountain Lookout atop Bar Mountain, which provides you with panoramic views of Mount Lindesay and Mount Barney.

The Border Loop Walk is a short loop trail that is perfect for those looking to admire this stunning World Heritage-listed rainforest.

This 1.5 km (0.9 mi) loop takes you through the forest on a well-trodden path. It also includes a trip to a spectacular lookout with a view across the whole region.

The Pinnacle Walk is another short hiking option that’s just 600 m (0.4 mi) long. It leads you to an incredible lookout that offers views of an ancient volcanic crater and the Tweed Valley.

This trail is perfect for people of all ages who want to get a glimpse of the national park without covering an extensive distance on foot.

The Booyong Walking Track is a 10 km (6.2) mi long hike that winds its way through the rainforest.

This track is used to link the Sheepstation Creek Campground with the Forest Tops Campground in the national park. As a result, it’s a good option for a day hike if you’re camping at either location.

The Brindle Creek Walking Track is a fantastic opportunity to admire the incredible rainforest of Border Ranges National Park. Round trip, this hike is 7 km (4.3 mi) long and should take most people around 3 hours to complete. This well-maintained trail ambles through stunning dense forests, and it crosses over creeks along the way.

You can admire several waterfalls on this walk, many of which boast large boulders that offer some quality picnic spots if you want to stop and have a break during your journey. The highlight of this walk is undoubtedly Evans Falls, where you’ll find a natural swimming hole below the waterfall that’s particularly popular on a hot day.

The Rosewood Loop is an extension of the shorter Palm Forest Walking Track. It takes you on a long stroll through the park’s lush rainforests and past a few nice swimming spots in the creek.

This trail is 6 km (3.7 mi) long and it offers a good opportunity to admire the park’s mature rosewood, flooded gum, and white beech trees.

If you want to stay within the national park’s boundaries during your trip to the region, then you have two campgrounds to choose from:

Bookings are required for both campgrounds and can be done online at the New South Wales National Parks and Wildlife Services website.

Border Ranges National Park is a very accessible national park that’s situated relatively close to a number of major cities and towns. If you’re exploring the national park and are looking to pick up supplies in a nearby town, consider stopping by one of the following communities:

Looking for a place to stay during a trip to Border Ranges National Park? Here are some of the best cities to check out before or after your journey to the park.

The closest major city to Border Ranges National Park is Brisbane, which is located across the state border in Queensland. The park is situated just 130 km (80 mi) or a 2-hour drive to the southwest of Brisbane city center, making it a very convenient place to visit from the city.

Brisbane has a domestic and international airport and is easily accessible by road on major national highways. This means you can easily use Brisbane as a starting point for your trip to Border Ranges National Park.

Additionally, Brisbane is the capital of the state of Queensland, and it’s located on the eastern coast of Australia along the banks of the Brisbane River. It’s a laid-back city that is best known for its proximity to stunning beaches, near-coastal islands, and national parks.

Gold Coast is another major city that is located just an hour’s drive south of Brisbane on the coast. The Gold Coast is a famous tourist destination and also makes for a great starting point from which to explore Border Ranges National Park.

Gold Coast also has a major domestic airport for connections to other national cities. The city itself is also known for its proximity to a number of world-class surfing beaches and for its nightlife, so it’s a great place to check out if you’re in the area. 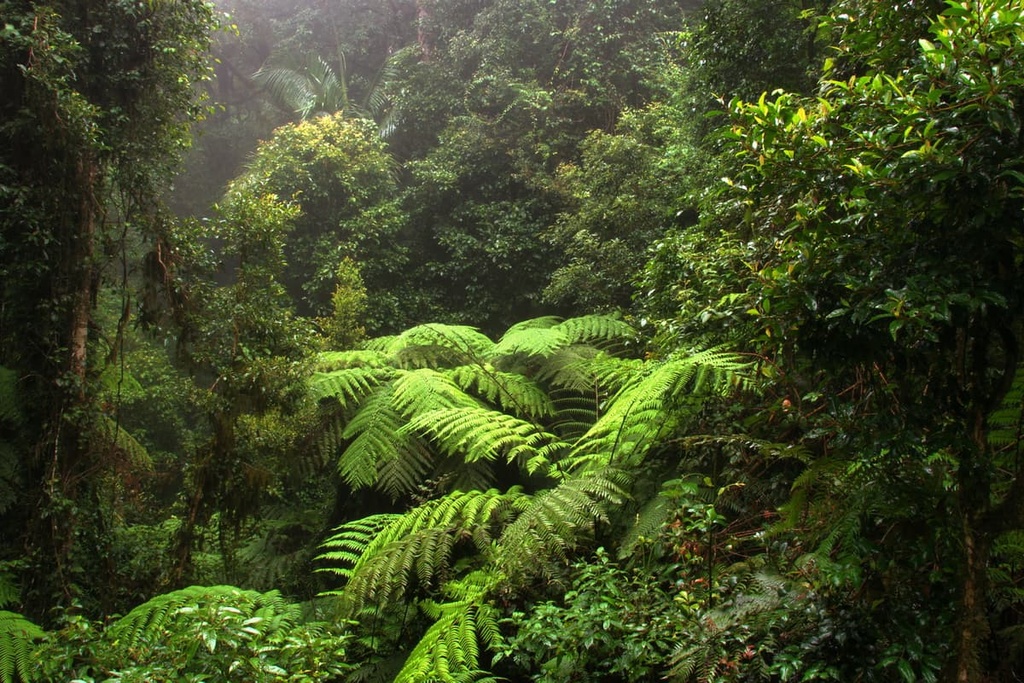 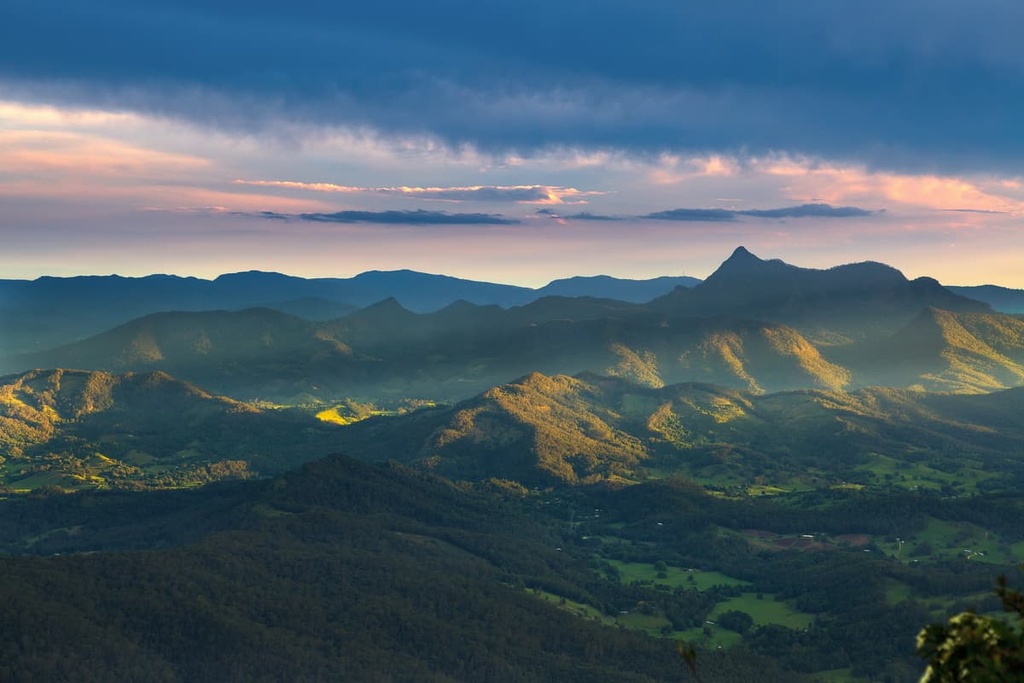 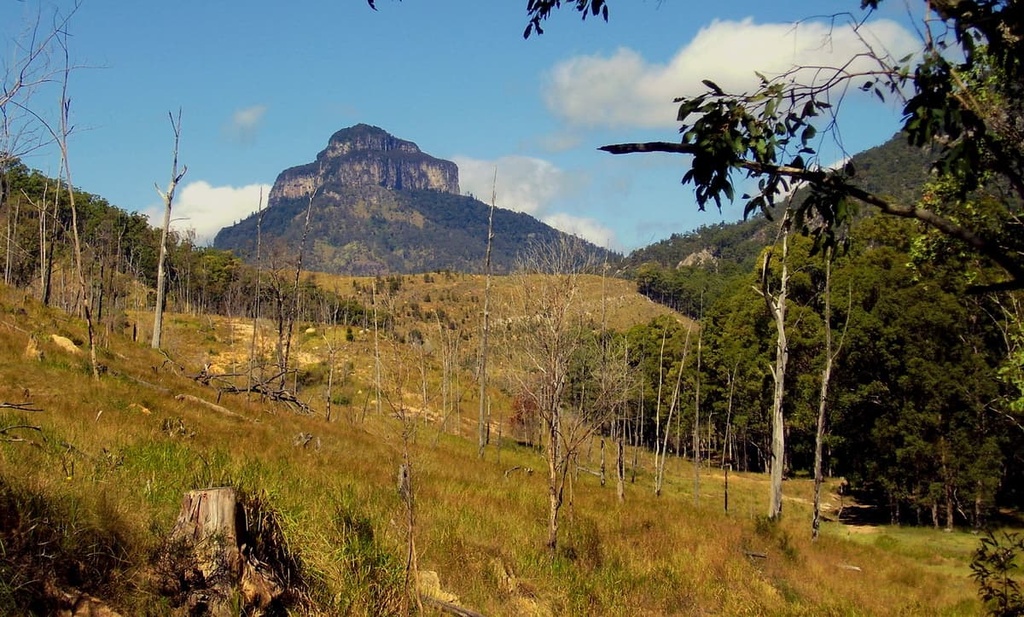 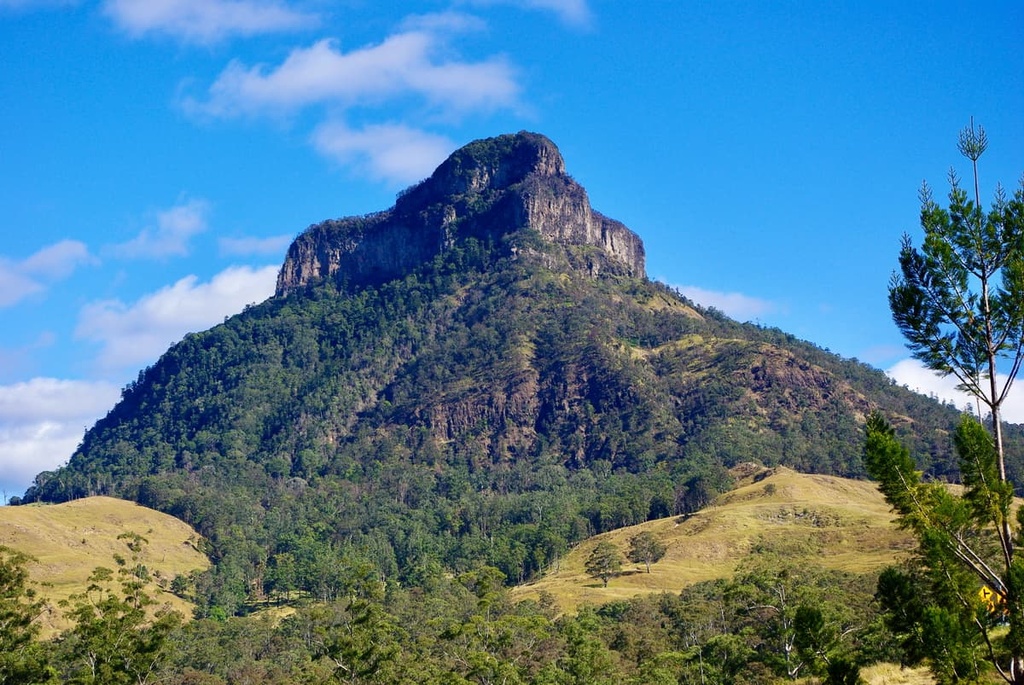 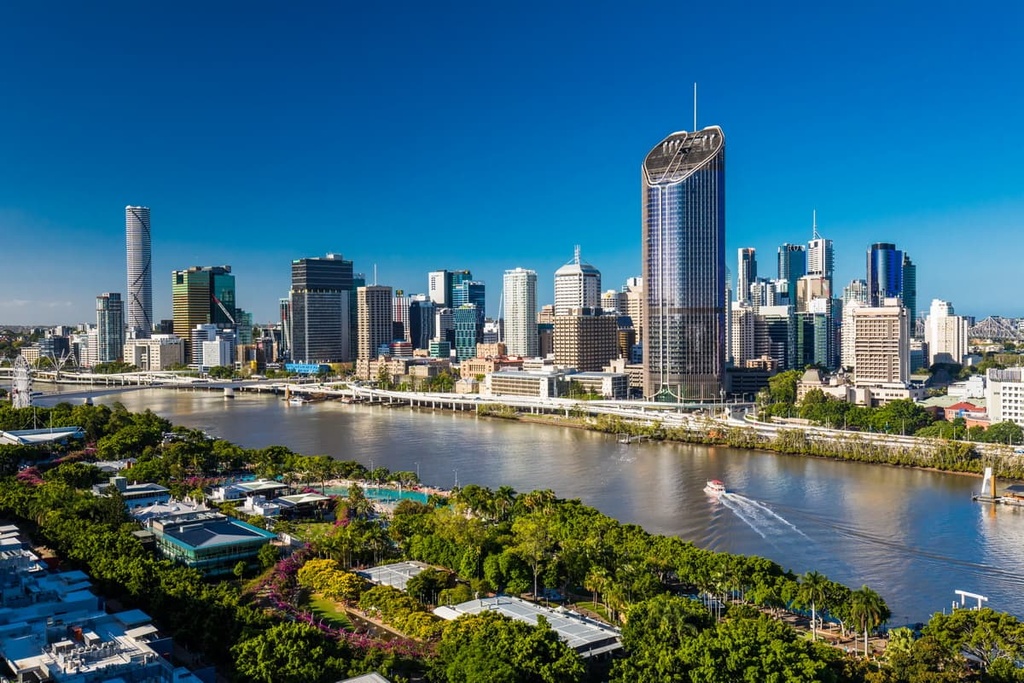