Ånderdalen National Park (Norwegian: Ånderdalen nasjonalpark) is located on the large island of Senja in northern Norway. The park is home to 32 named peaks with the tallest and most prominent being Kvaenan at 964 m (3,163 ft) tall with 814 m (2,671 ft) of prominence. 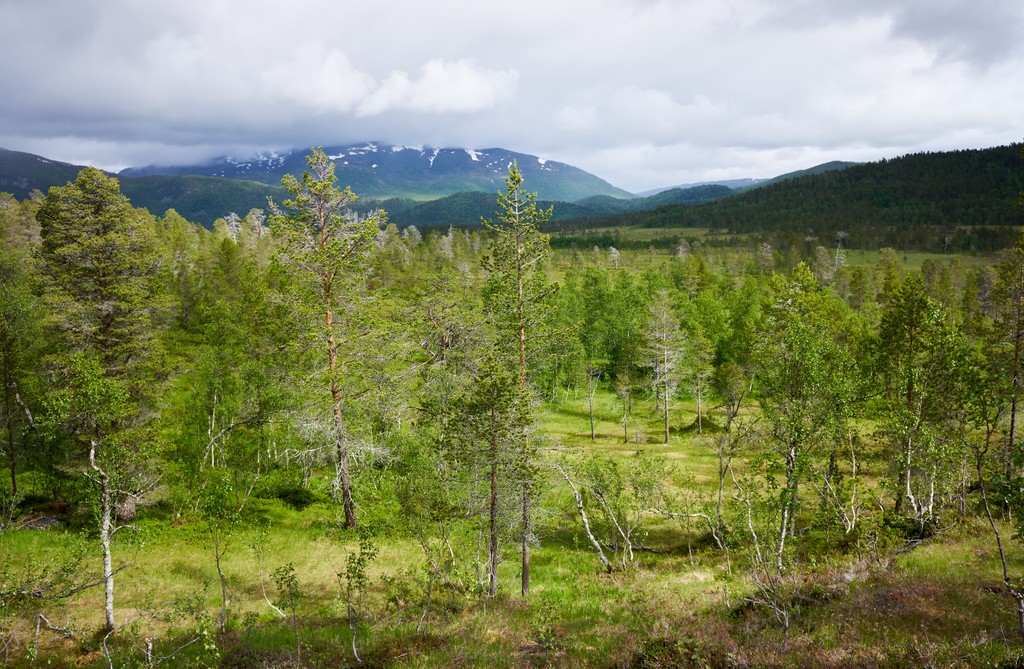 The terrain of the park varies greatly depending on the side of the island. Ånderdalen National Park spans 134 sq. km (52 sq. miles) with many of the tallest peaks lying on the outskirts of the park.

The landscape on the land-facing side of the park is vastly different. Here the terrain is marked by gentle rolling hills. During the winter months the entire park is often covered in snow, providing year round outdoor recreation.

The Selfjorden lies along the western edge of the park as the dramatic cliffs drop down to sea level. Elevations range from sea level up to the summit of Kvaenan. Some of the major lakes in the park are Åndervatnet, Kvænvatnet, Selfjordvatnet, Lutvatnet, and Langvatnet. The largest lake in the park, Åndervatnet is drained by the river Ånderelva which travels south through the park before entering the ocean.

While there are forested sections in the park, the flora begins to thin throughout the steep and rugged terrain, giving way to low growing grasses, shrubs, and lichen.

The geological history of the national park differs from much of the country of Norway. A majority of the peaks in Norway, including the park, are part of the Scandinavian Mountains which also extend throughout Sweden and part of northern Finland.

The peaks of mainland Norway began forming during the Caledonian orogeny. This major mountain building event took place roughly 490-390 million years ago when tectonic shifts led to the collision of the continents and terraces of Laurentia, Avalonia, and Baltica.

The Scandian phase of the Caledonian orogeny marked the collision between Baltica and Laurentia, which began the formation of the Scandinavian Mountains around 420 to 505 million years ago. The landforms were uplifted during both the Mesozoic era and the Oligocene.

On the island of Senja, the northern and western terrain is part of the West Troms Basement Complex (WTBC). Here the rockbed consists of Palaeoproterozoic granite and granodiorite. In the southeastern region of the island, the Caledonian rocks are mainly metamorphic and were once sedimentary.

The varying terrain found in the park is due to the different bedrock found throughout the island of Senja. During the last Ice Age, the eastern stretches of the island were completely covered in ice which grinded down the landscape and left behind the rolling hills.

These glaciers did not reach the summits along the west coast of the island. Instead the glaciers carved out the dramatic changes in elevation, leaving some of the tallest peaks relatively untouched. Today, the park, and the rest of the island of Senja, are well-known places for studying the difference of origin in metamorphic rock within a small region.

The unique terrain on the island allows for a variety of both flora and fauna to thrive within Ånderdalen National Park.

Perhaps one of the most unique ecological features in the park is the coastal pine forest. Here the forested portion includes areas of both virgin forests and twisted pine, with some trees dating back over 600 years. Within the park also lie sections of undisturbed Birch woodland.

Besides the forested patches, Ånderdalen National Park is also home to numerous species of plants including common butterwort, bottle sedge, and purple moor. Near the waterways often lie Lapland cornel and ferns.

Blueberries are common in the Birch woodlands along with bog rosemary and European goldenrod. At higher elevations live parsley fern, red alpine catchfly, and starry saxifrage.

Since the national park is located on an island, there are not many species of mammals. The only large mammals in the region include the European moose and the domesticated reindeer. Other animals include the red fox, European stoat, European mink, and European otter.

Mountain hares live throughout the park along with numerous small rodents. The Ånderelva river is home to runs of salmon, sea trout, and char. Those wishing to fish must first obtain a fishing license.

The land within and surrounding Ånderdalen National Park has had human activity dating back to the Stone Age. Registered relics of culture have been found throughout the park; including bowmen’s hides, remnants of turf huts and houses, and cultural sites from both the Sami and Nordic peoples.

Nearby Tromsø has a much more documented history, which also showcases the history of the surrounding region, including the island of Senja. This land marks part of the traditional territory of the Sami people (also known as Saami and Sámi).

Norse chieftain Ohthere lived just south of the region in 890 CE which is thought to be one of the furthest north settlements of the Norse people at the time. Both the Sami people and the Norse/Scandinavian people have lived in parts of present-day Norway, Sweden, and Finland for around 3,500 years. For a majority of this time the two groups had little interaction with one another.

The Sami people who lived in the region would hunt reindeer and fish in the Norwegian Sea. The Norse people primarily lived in central and southern present-day Norway, establishing commerce and trading routes with other parts of Europe.

During the thirteenth century, the population of northern Norway began to grow. The first church built in the region was on the island of Tromsøya in 1252. During this time Tromsø was primarily inhabited by Sami people and acted as a frontier town towards Russia. Over the course of 500 years, Norway’s border with Russia was pushed eastward, no longer making Tromsø a frontier town.

Throughout the eighteenth and nineteenth centuries, the Norse people began to aggressively assert their claims throughout northern Norway and northern Sweden. This led to increased populations while the Sami people were forced to attend Norse schools and assimilate, threatening their traditional way of life.

Prior to 1940, the island of Senja did not have a population of moose. Since introducing moose to the region, they have now established a permanent population. In order to protect the ecosystems, and grazing areas for the reindeer, the national park was established in 1970.

The park was later expanded in 2004 to its current size. Today, Ånderdalen National Park is often referred to as a miniature version of Norway, featuring many of the country’s landscapes all within a small region.

Ånderdalen National Park is home to a few hiking trails. Here are a couple of routes to check out on your next visit to the park:

This hike is one of the most popular in the national park. The trail begins along the eastern edge of the park and follows a relatively flat trail through the moorland. The rolling hills extend on either side along with patches of forest.

Hikers are rewarded with stunning views upon reaching Lake Åndervatnet. The trail can stay wet in sections throughout the year so hikers should be prepared with proper footwear. Out and back this hike is 11.3 km (7 miles) in length and features 400 m (1,312 ft) of elevation gain.

This hike is part of the longer Senja crosswise route which is 17km long (10.6 miles) and extends across the park in an east to west direction.

This scenic loop trail begins along the northwestern edge of the park. The trail climbs steadily through the old pine forest which is interspersed with sections of bog and rolling hillsides. Hikers are able to witness the changing landscape along this route as they travel from west to east.

Senja Lengthwise (Norwegian: Senja på langs) is another major trail in the region that passes through the park in a north to south direction. The route begins in Olaheim and passes by Lake Åndervatnet.

The route often takes around five days to complete and requires previous backpacking and navigating knowledge. After passing through the park, the trail exits in Svarthole.

Looking for a place to stay near the Ånderdalen National Park? Here are some of the best cities and villages to check out in the region:

The village of Silsand is the largest settlement on the island of Senja. The community is situated along the eastern shores of the island and is considered a suburb of nearby Finnsnes which lies on the mainland. Silsand is home to around 1,500 residents.

The Gisund Bridge, which connects Senja to the mainland, was built in the 1970s and has enabled the population of Silsand to grow over the past few decades. The town offers relatively close access to the park while Storvatnet Lake lies to the northwest. During the summer each year nearby Finnsnes hosts a festival known as “Finnsnes i Fest”. Today the two communities act as a gateway to Senja.

Tromsø is the closest major city to the national park and lies in the Tromsø Municipality. Situated on the island of Tromsøya on the Tromsøysundet strait, the city is home to around 65,000 residents.

Those who visit the region can enjoy the stunning beauty of Norway with minimal crowds. Some of the main attractions in the city include the Polar Museum, Tromsø Cathedral, Arctic Cathedral, and Tromsø Museum.

Tromsø boasts being home to the world’s northernmost university and the northernmost botanical garden. During the winter months the region is a spectacular place to witness the northern lights, go for a husky sled ride, or explore the Tromsø Ice Domes. 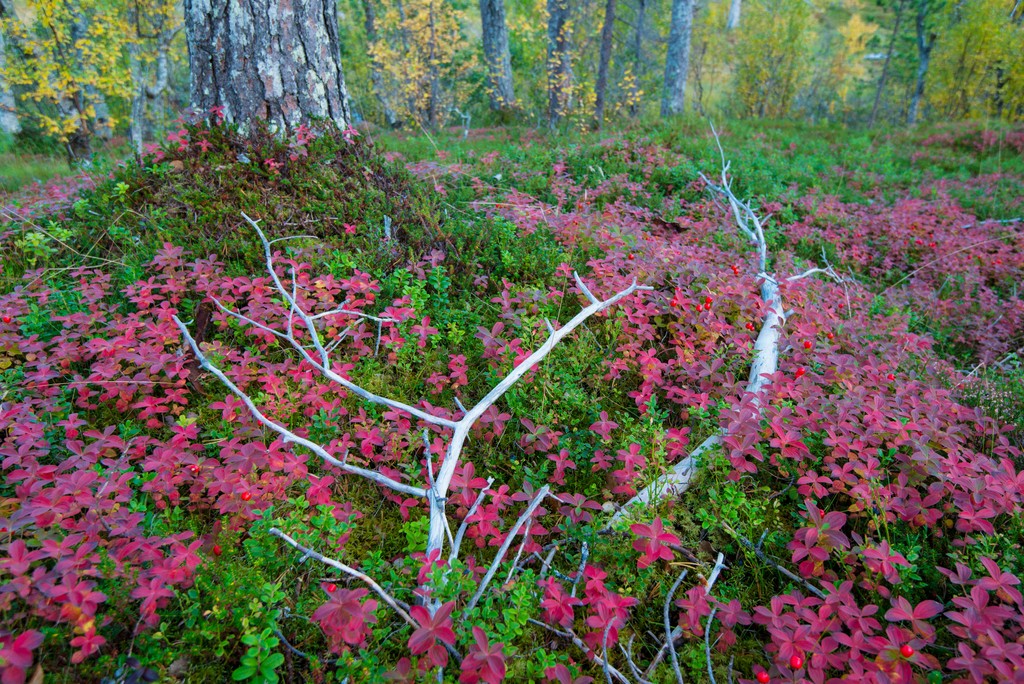 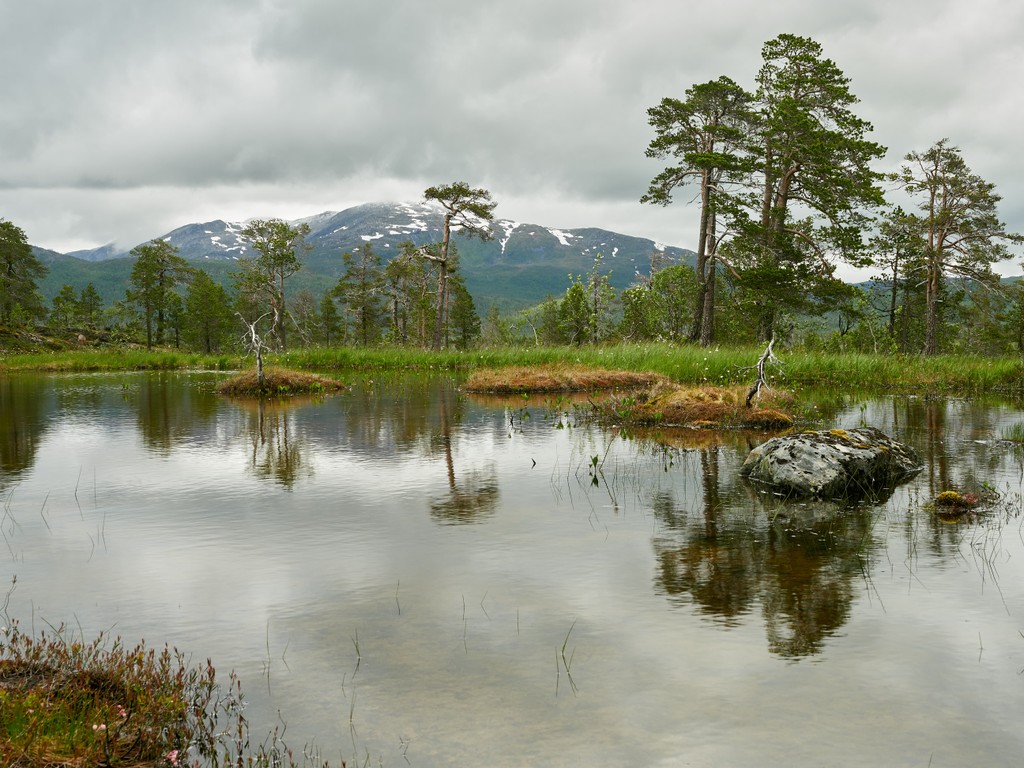 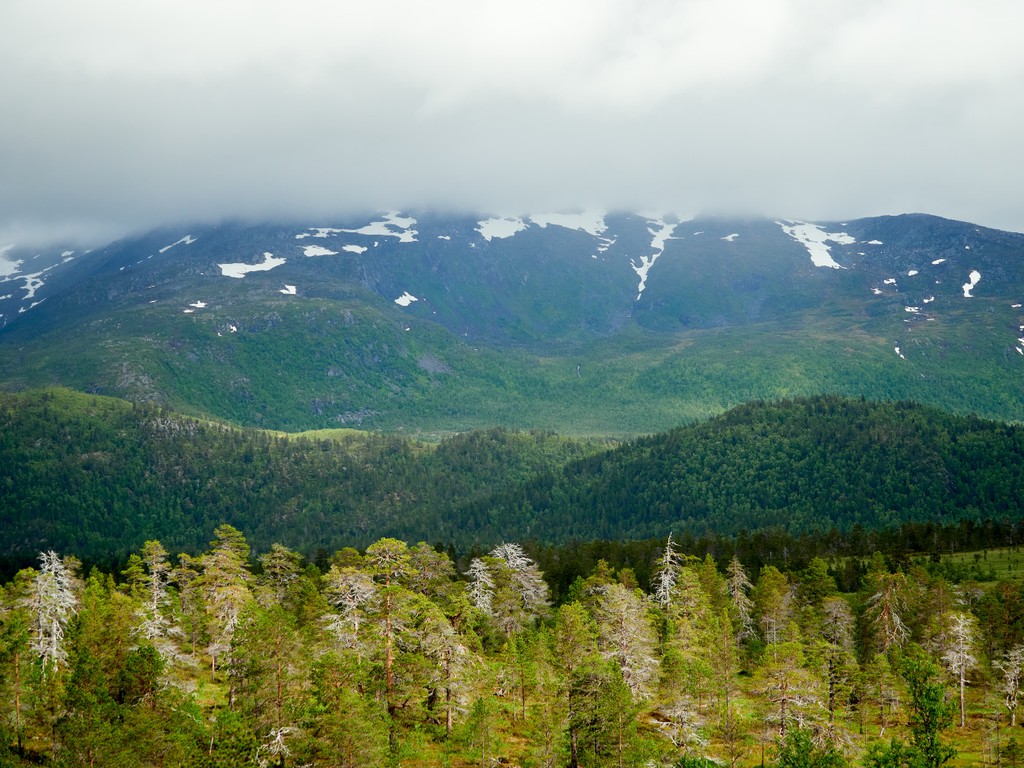 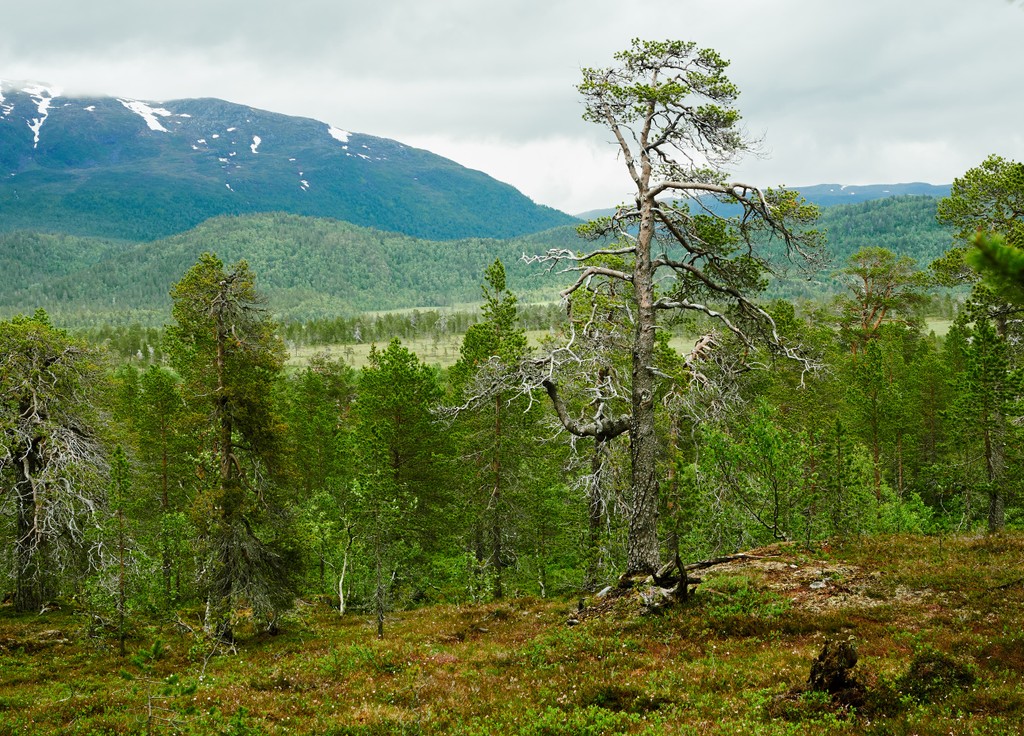 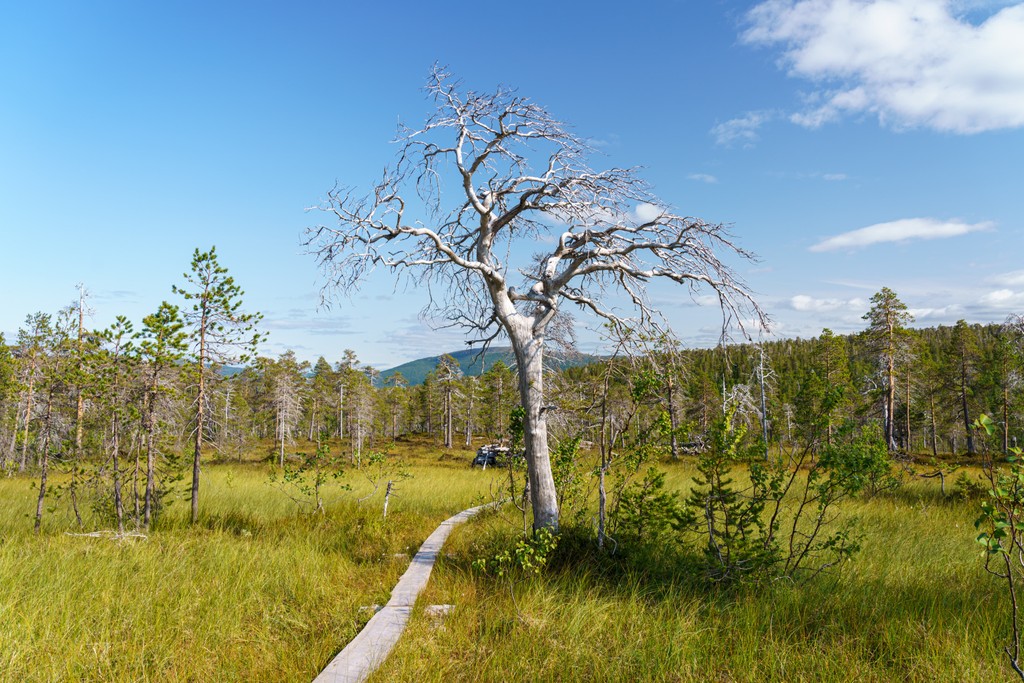 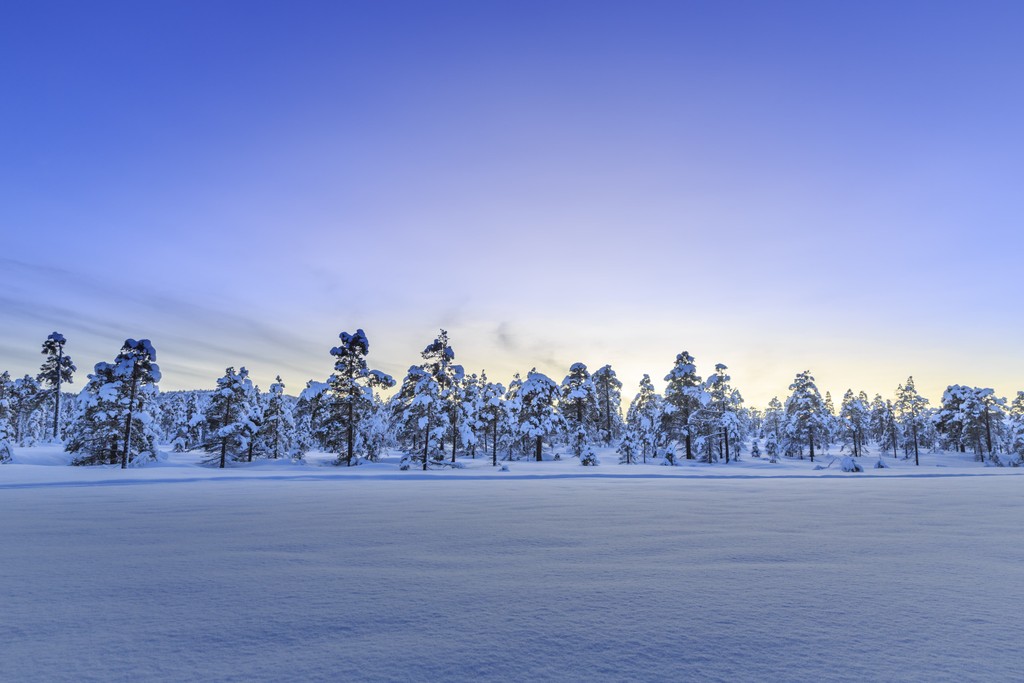 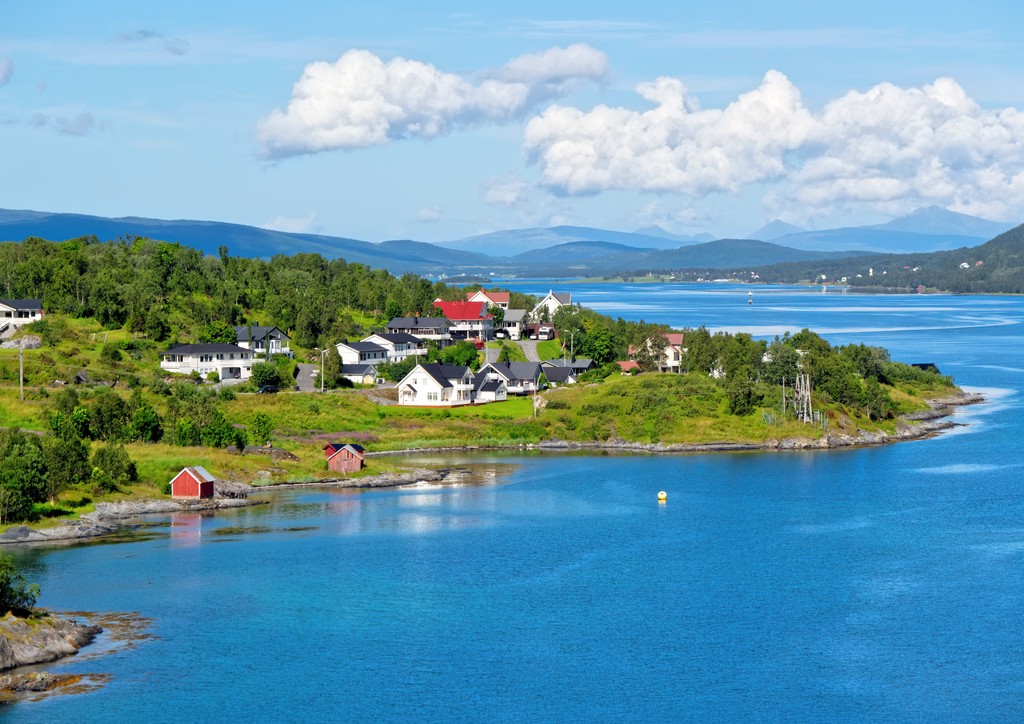