On the eastern limits of Santiago is Chile's Parque Natural Aguas de Ramon, located square in between the communes of Las Condes and La Reina and the edges of the Andes Mountains.

The Parque Natural Aguas de Ramón contains six named mountains, the highest and most prominent of which is Cerro San Ramón, standing at 3,255m tall, visible from anywhere in Santiago. 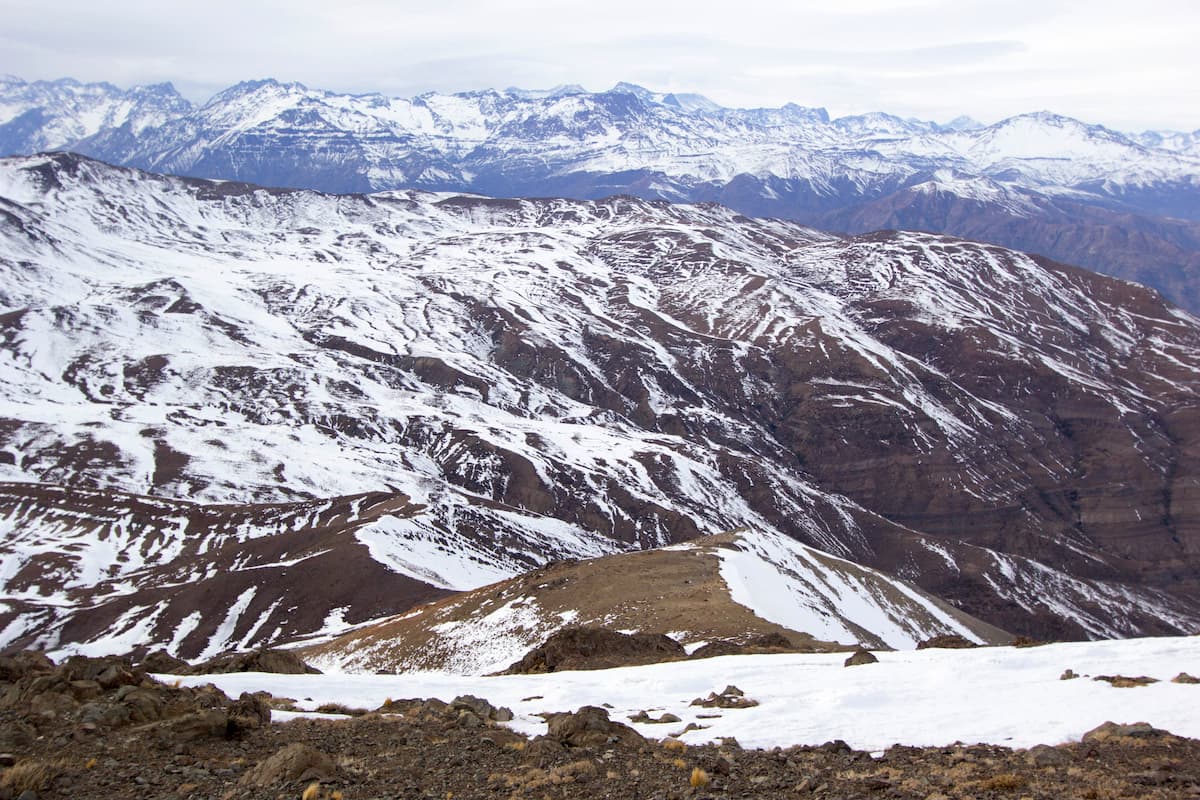 The park offers a multitude of experiences for all skill levels, from intense trails for experienced hikers, to family outings in the forest, to an environmental education and information center for curious minds and educational tours.

The Parque Natural Aguas de Ramón is a nature reserve in the Santiago Province, the most populous province in central Chile and the location of Chile’s capital city, Santiago.

Just east of Santiago, closest to the aforementioned communes of Las Condes and La Reina, is where the Parque Natural Aguas de Ramón lies, nestled between the hustle and bustle of Santiago life and the grandness of the adjacent Andes in its own mountain chain along the San Ramón fault.

It is one of a group of natural parks marking the border between Santiago and the Andes, where the flat prairie of the province starts to become rugged Andean foothills. Around the perimeter of the park are the 6 named mountains, with Cerro San Ramón to the south.

From the vistas of the parks’ several trails one can truly see the dichotomy of urban and natural life, with panoramas of Santiago on one side and the snowy peaks of the Andes on the other.

Santiago is rather infamous for its smog, which may blur the city from afar, but in the span of days after heavy rain, the smog clears and, likewise, so does the view of the city. Cerro San Ramón in particular provides an extraordinary view of the city, especially on clear days.

Regardless of the smog, however, there are many sights available within the park, from bridges hung over waterfalls and rivers to otherworldly fauna and the natural contours of the Andes’ hills.

The Parque Natural Aguas de Ramón occurs among the foothills of the Andes, a orogenic mountain belt along the Pacific Ring of Fire that formed through subduction during the Mesozoic Era. The park is specifically on the western half of the Andes, which is characterized by a transition to coastal lowlands.

There are numerous active volcanoes along the Andes, as well as massive deposits of ore and salt and, in some places along the central western edge of the Andes, near the park, there were saltpeter deposits that were intensely mined for many years.

The park’s tallest mountain, the Cerro de Ramón, is estimated to be almost 2 million years old, formed from the San Ramón fault that gives the park its name. The processes that created the Cerro de Ramón are the same as those that formed the Andes, far longer ago. The Cerro San Ramón also contains several estuaries that arise during thaw periods of the year.

There are six major peaks in the park, each of which contains trails all the way up to their summits. These peaks are:

At the Parque Natural Aguas de Ramón, you’ll find many of the flora and fauna that central Chile, specifically the sclerophyllous forests of central Chile, is known for. These sclerophyllous forests harken back to the climate of the Mediterannean, but are also common among the slopes of the Andes, where the climate is marked by wet winters and dry summers. The Cerro San Ramón is also home to several basins and estuary communities.

This environment is not very conducive for the presence of large animals, with some notable species being the culpeo, a type of large South American fox, the eared dove, and the California quail, an invasive species that is now very common among central Chile.

In the park itself, you may spot the Chilean mockingbird, locally referred to as the tenca, as well as the degu, an endemic rodent of Chile that have also become controversial pets.

Sclerophyll forests are no longer as common in Chile as they once were, now restricted to small tracts along the coast and the foothills of the Andes, like the Parque Natural Aguas de Ramón. That means that this park is one of the few places you can see this unique and stunning ecosystem in all of Chile, full of endemic species that you won’t be able to see outside the country borders.

The Santiago Province was once inhabited by the Mapuche indigenous peoples, specifically a northern group of them known as the Picunches. The arrival of European colonists, however, ignited an intense disintegration of and eventual extinction of the Picunches as a society, with their populations declined and those remaining becoming absorbed into the colonial Chilean population.

The Incan Empire had also stretched down to central Chile, but they, too, were devastated by European colonization, with hardly any descendent people groups of the Incas remaining in central Chile. There were, however, Incan ceramics found near the Cerro San Ramón, verifying Incan presence around the area.

Make sure to bring plenty of food and plenty of water, especially in the heat of the summer. A pair of poles may also be a great hope to deal with Chile’s rough terrain. Camping at the park is not allowed.

Canto del Agua/Song of the Water

The Canto del Agua trail, at only 1 km long, is the shortest and least intense route, and thus the best to hike with family, children, and those looking for a quick, fun day out at the park.

The walk itself only requires about twenty five minutes to half an hour to finish, but offers many designated areas for picnics and relaxation along the estuary, where families can rest in the shade and the sounds of nature. At its highest, the route reaches an altitude of 862 m, with a total difference in altitude of 30 m.

The Ruta Paleontológica offers a bit higher intensity than the Canto del Agua at about a medium/low intensity, providing about an hour and a half hike over 3.7 km. You’ll discover the namesake for this route as you hike along it, for it was along this pathway that the remains of Gonfoterio Stegomastodon, an elephant-like ancient species, were found.

At that very point, you’ll find a replica of the excavation itself, a great hike for the paleontological enthusiast. The Paleontological Route reaches a maximum altitude of 1,030 m, with a total distance in altitude of 200 m.

The Los Peumos trail, of medium intensity, is a circuit about 6.5 km long that takes about 4 hours to complete, with a rehydration point about an hour from the Administration building, where the trail ends and the river begins.

This trail, named after the Peumos Forest - which is, in turn, named after the peumo, a type of edible fruit native to Chile and Argentina - takes you into the valley through the beautiful sclerophyllous forest.

The real treat, however, comes near the end, where, at an altitude of 1,100, (a total difference in altitude of about 270 m), you come upon the waterfalls and pools that decorate the aforementioned Peumos Forest. Note, however, that bathing is not allowed. Around this point are also dry ecological toilets with specific instructions for use.

The Salto de Apoquindo trail is the last and most intense of the trails, with a medium/high difficulty, a length of 17.5 km, and an average duration of around 7 hours there and back.

The hike is fairly demanding, especially in the section from Los Peumos to the Mirador del Encañado, but certainly worth it for the remarkable views, stunning forest, and most importantly, the namesake 30 m waterfall that greets you at the end, flowing down from the mountain of Cerro Provincia.

This waterfall is also located at the highest point of the trail, 1,646 m above sea level, with a total difference in altitude of 814 m. Again, no bathing is allowed, and there are dry ecological toilets present at the waterfall sector.

Because of its length, the trail has 3 hydration points: Los Peumos 1 hour in, the river crossing at an hour and a half, and the Salto de Apoquindo at 3 hours.

Only children 15 years old and older may embark on this trail, provided that they have an adult with them.

This one-way trail, which is a 5 hour hike there and back and extends for 5.25 km, can take you from the Parque Natural Aguas de Ramón into the adjacent Parque Natural San Carlos de Apoquindo. Unlike the other longer trails, there are no rehydration points, and with its steep slopes, it is not recommended for beginners.

This trail begins with the north slope of the aforementioned Los Peumos Trail and takes you up through the sclerophyllous forest, the first stretch of climbing.

Outside these main park trails, the six mountains offer their own paths, though these trails often have to be accessed through other nearby natural parks.

Snowy winters may merit the use of ice axes and crampons, especially on Cerro San Ramón, but in the summer the mountains become very arid, exhausting hikes, with the main trail, a 22.5 km out-and-back hike with a 2,442 m gain in elevation.

The Cerro Alto de las Vizcachas is a likewise popular out-and-back hike at about 9.5 km long with an elevation gain of 886 m, at the top of which is the Los Cedros Sanctuary, built by Don Alejandro Cabrera in memory of his son.

These are only some of the more notable trails around the mountains of the Parque Natural Aguas de Ramón, but there are many more to explore.

Here are some of the best places to stay before or after your trip to Parque Natural Aguas de Ramón:

The closest major city to the Parque Natural Aguas de Ramón is, of course, Santiago. To move between the two, there is either the Álvaro Casanova or the Onofre Jarpa Avenue, though there are also buses out of Zone D that can get you there just the same.

Santiago itself is a stunning, vibrant, and busy metropolitan city with a rich culture and history. With several notable hills, including San Cristóbal and Cerro Renca, there’s plenty of fun hiking to be done there as well, with the famous Mercado Central, Santiago’s Historic Center, and “Sanhattan” - the uber-modern financial district of Las Condes - worth exploring as well.

About an hour and a half west of the park is Valparaiso, a beautiful coastal city with a rich naval, political, and cultural history. Close to the water is Valparaiso’s always-active porch, flanked by architecturally stunning administrative and commercial buildings.

An extensive funicular system exists to transport people up and down Valparaiso’s steep hills. Up those hills, Pablo Neruda’s house is one of the many unique, colorful buildings that make Valparaiso so famous, where narrow cobblestone streets weave in and out. 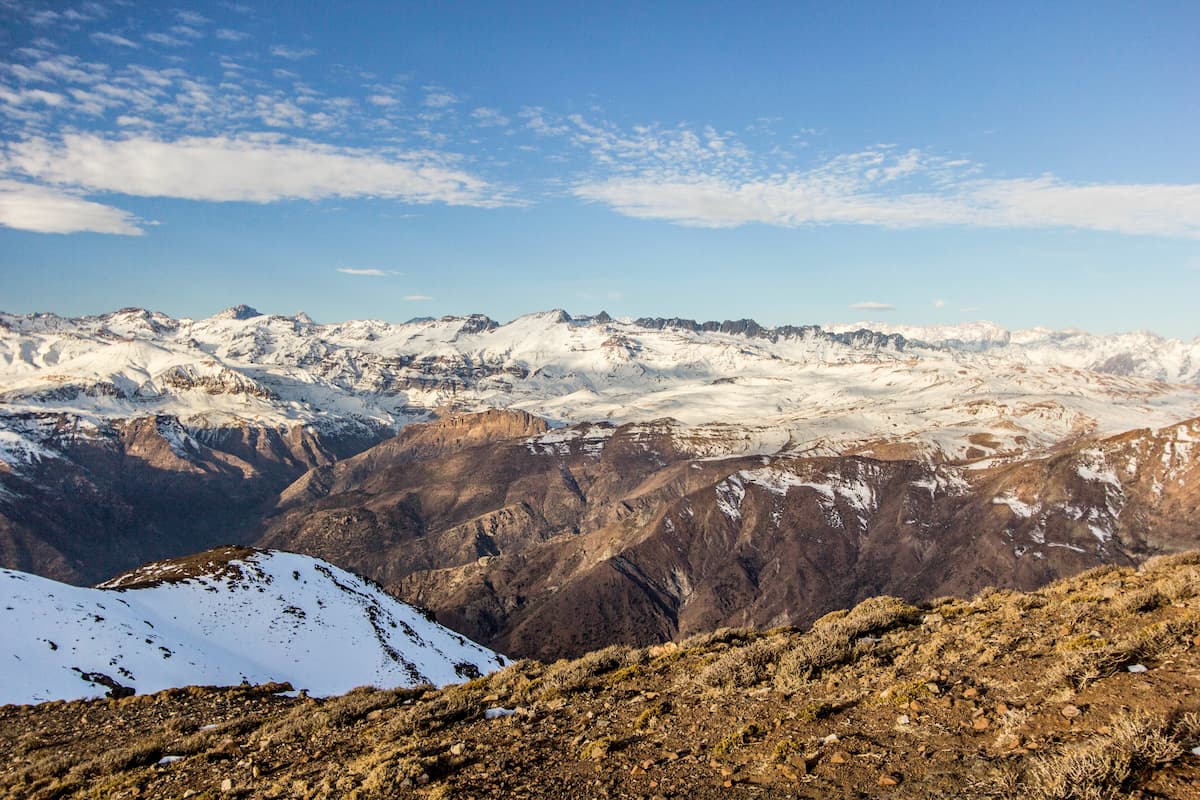 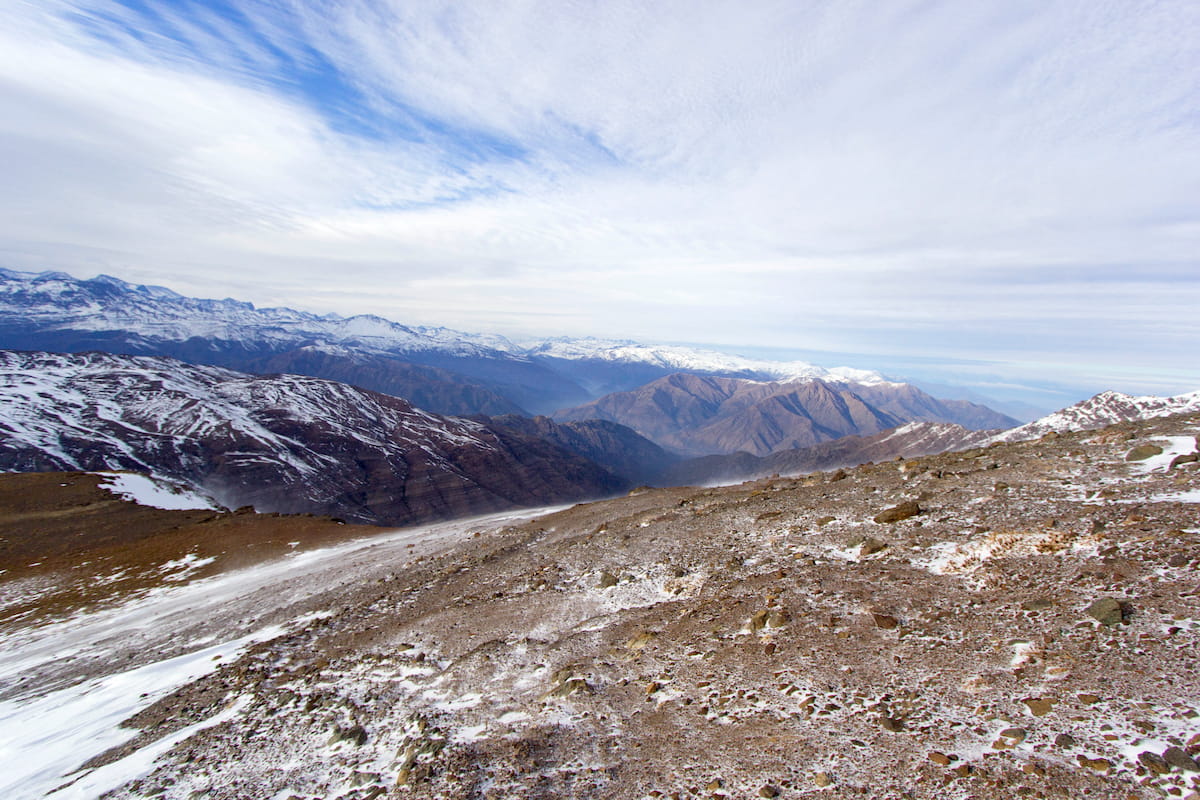 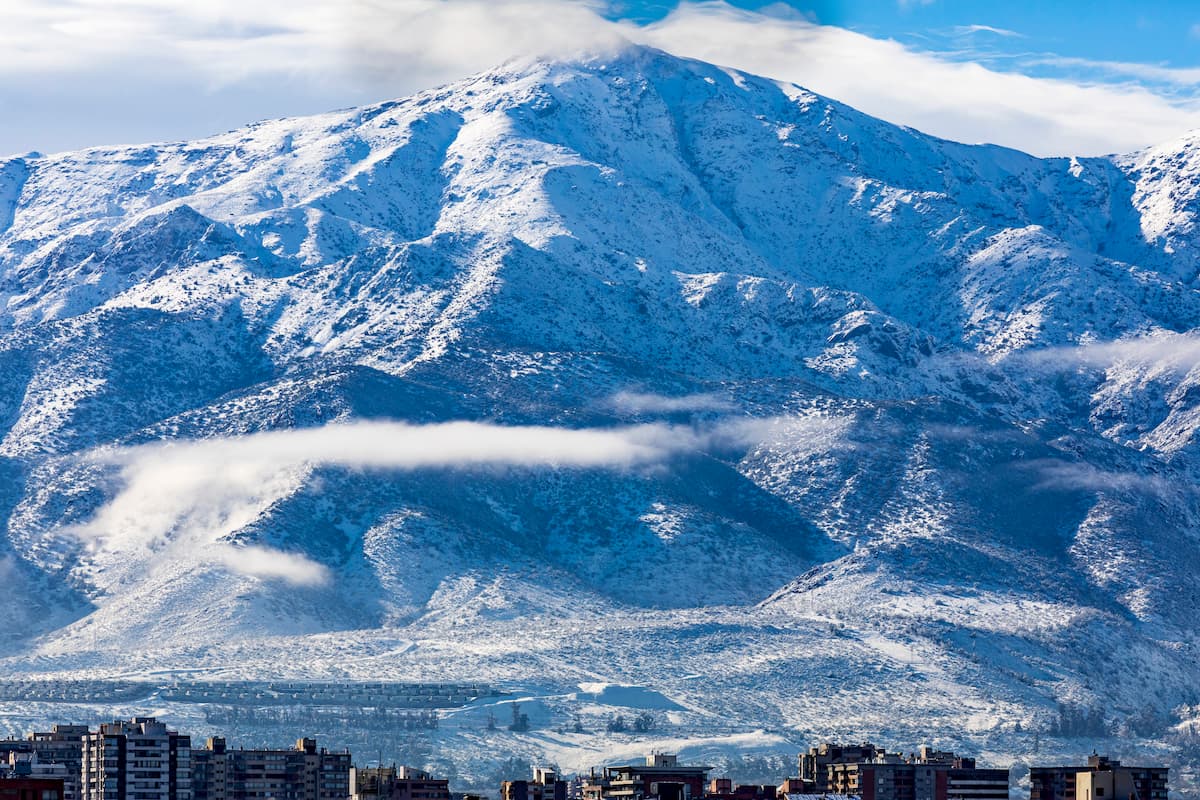 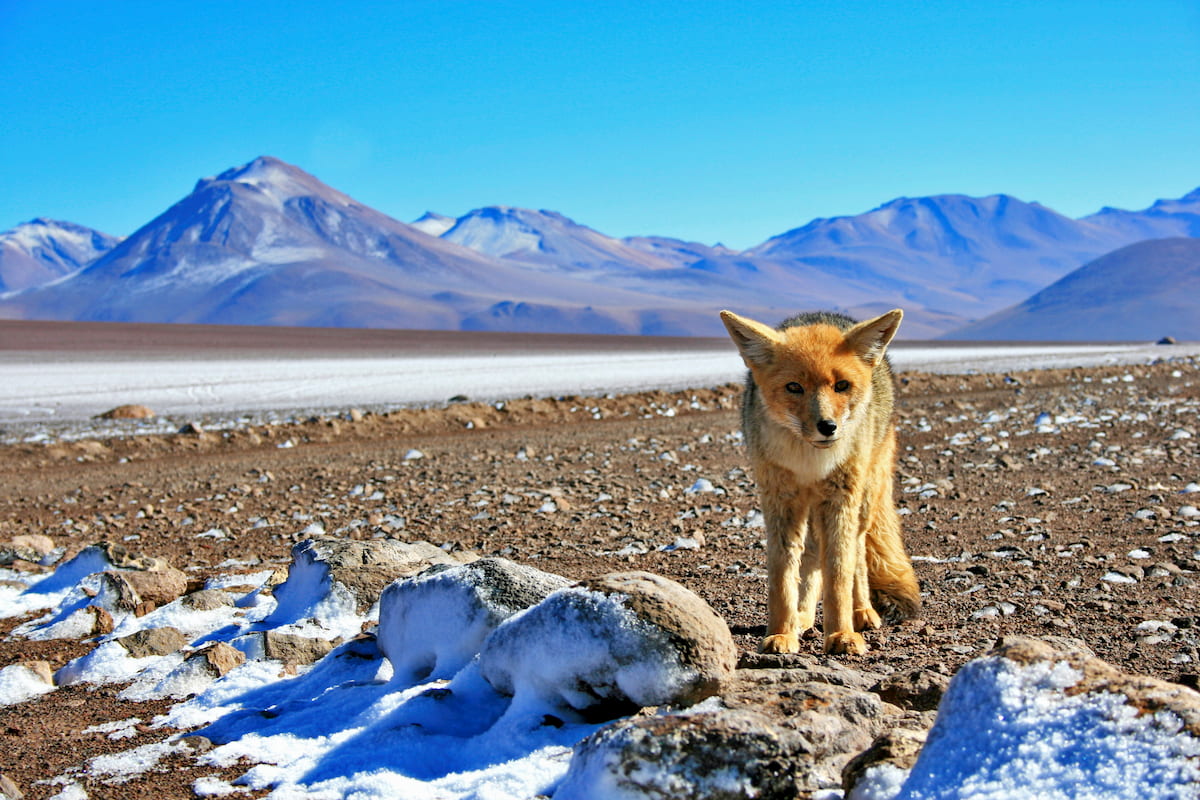 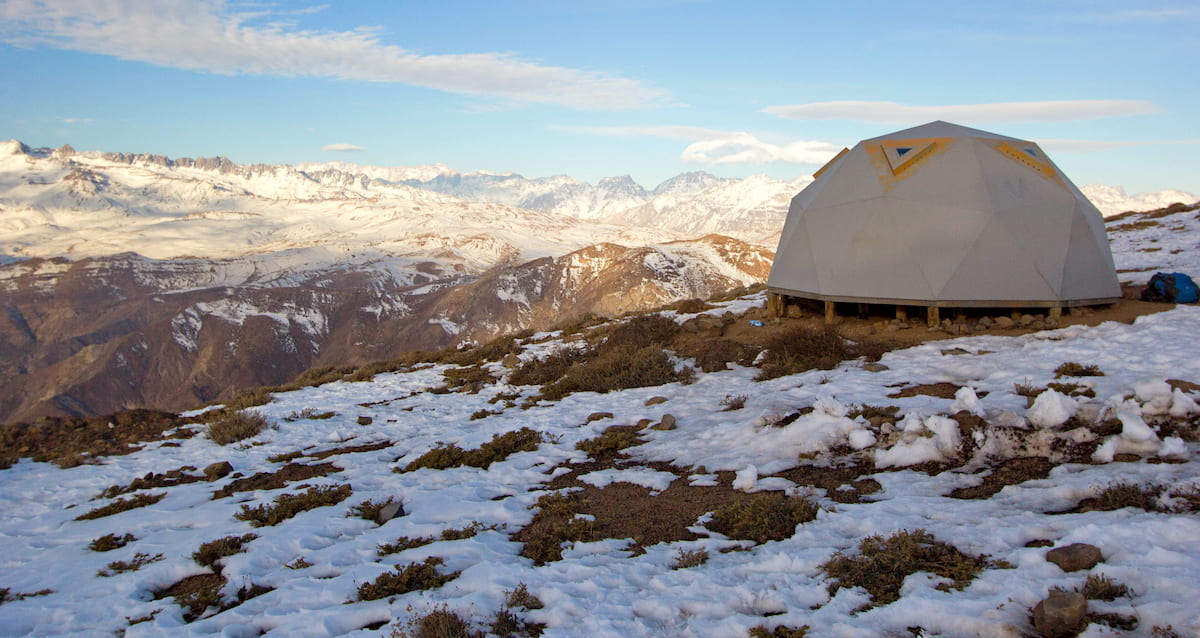 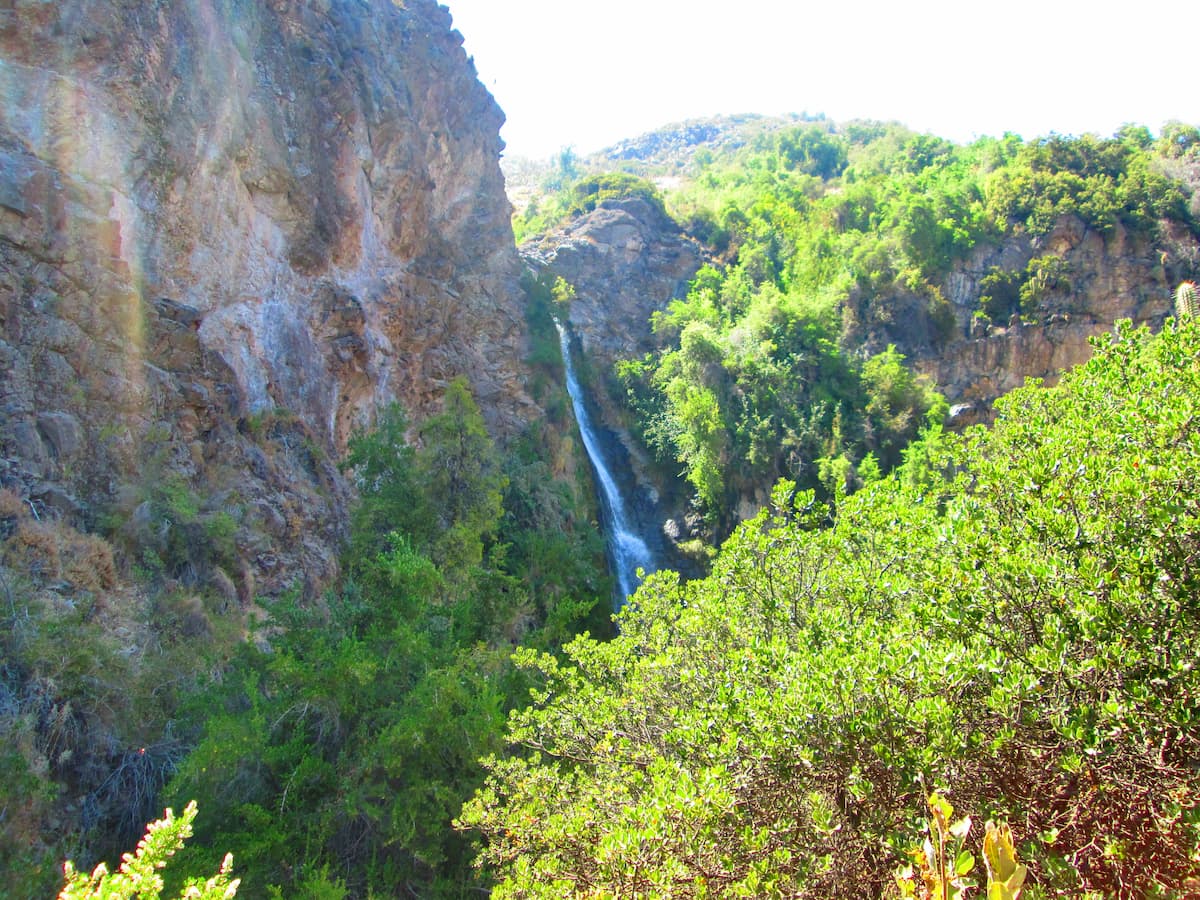