The third most populated of Chile’s sixteen first-order administrative divisions but the 10th largest in area, the Región del Biobío is a fascinating and diverse region. It is home to Concepción, Chile’s second largest metropolitan area, and has an extremely large urban population, contributing to its population density. 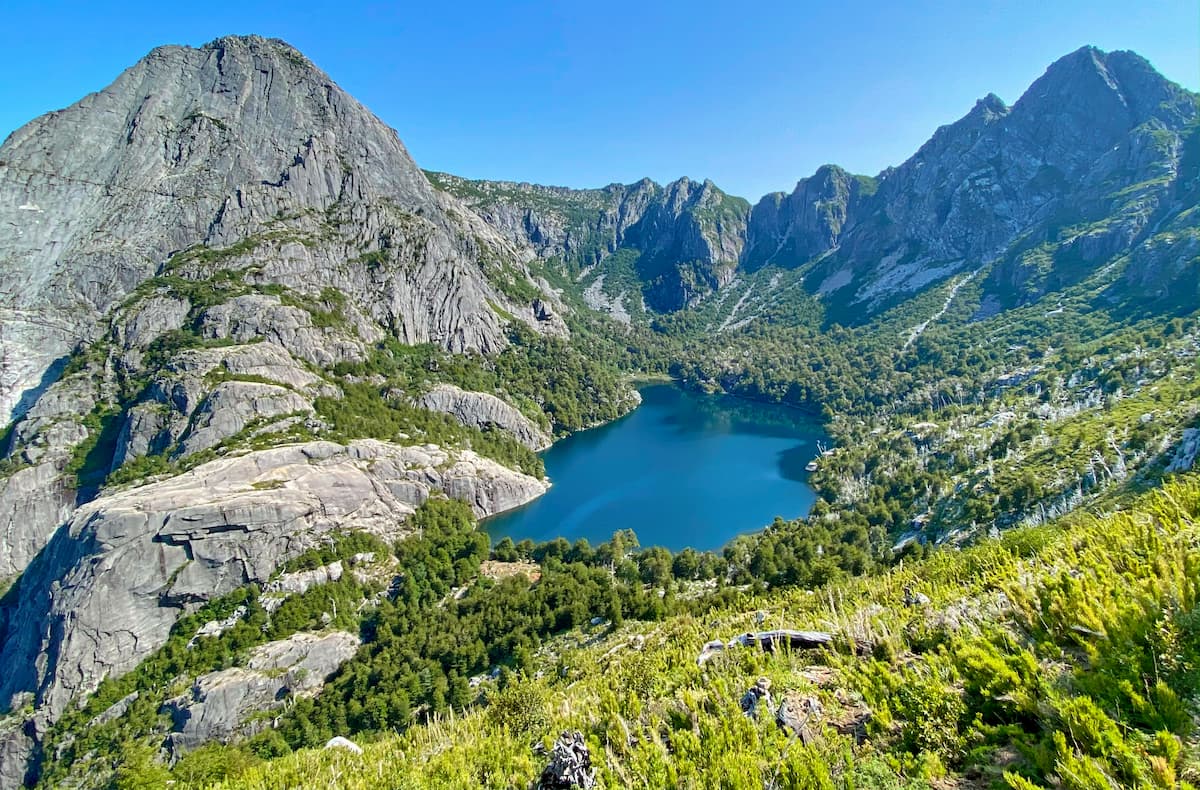 Nonetheless, Biobío has plenty of natural beauty to speak of, with 349 named mountains within the region. The highest and most prominent of these mountains is Sierra Velluda, a stratovolcano with a height of 3,585m/11,762ft and a prominence of 1,834m/6,017ft, thus towering over the region.

The Región del Biobío is bordered by the Región de La Araucanía to the south and the recently-established Región de Ñuble to the north. Like much of Chile, Biobío’s eastern border with Argentina is marked by the Andes Mountains, which contribute to the mountainous eastern landscape of the region, and to the west are the coastal mountains and the Pacific Ocean.

The Biobío River runs through the region from the Icalma and Galletué lakes in the southeast to the Gulf of Arauco in the northwest, and is the second longest river in Chile. Its presence in the Intermediate Depression, which takes up much of the land in Biobío between the coast and the mountains, supports forestry, agricultural and livestock activities.

Three provinces make up the greater region of Biobío: Arauco, along the southern coast; Biobío, taking up most of the less-populated central and eastern portions; and Concepción, in the dense northern coastal portion.

The eastern portion, heavily influenced by the Andes Mountains, contains many of the region’s mountains and numerous volcanoes, such as the stratovolcanoes Callaqui, Antuco, and Copahue, all of which are around 3,000m/9,843ft above sea level. The aforementioned Sierra Velluda is likewise a stratovolcano, formed by breccia and lava flows in the Pleistocene era.

Along the Argentina-Chile border is also the Cola de Zorro Formation, made of volcano-sedimentary and volcaniclastic rocks, as well as the Cura-Mallín Group, a group of volcano-sedimentary formations from the Oligocene-Miocene epochs made primarily of sandstone, siltstone, shale, breccia, and andesite lava. Cura-Mallín is also known for containing a wealth of fossils.

The Coastal Batholith of the Chilean Coast Range, a group of plutons from the eruptions of Choiyoi Group volcanoes, stretches through Biobío.

The region contains the westernmost part of central Chile, where the Arauco Basin can be found. The basin is a sediment-filled depression classified as a forearc basin, which is the region between an oceanic trench and its corresponding volcanic arc. It is likely an uplifted part of the continental shift, and is known as the center of Chilean coal mining.

The basin contains the Lebu Group consisting of shale, sandstone, siltstone, mudstone, and of course, coal, with four formations made between the Early Paleocene and Middle Eocene epochs.

Toward the south of the region is the Mininco Formation of sediments, mainly conglomerate, siltstone, sandstone, and claystone, deposited in the Pliocene epoch. Layers of tuff make up the upper strata, and its coal beds contain an abundance of leaf fossils.

Fossils are indeed fairly common in the Región del Biobío, especially in the Quiriquina Formation near Concepción, where many dinosaur fossils have been found, and the Ranquil and Tubul Formations in the Provincia de Arauco.

In the Provincia de Biobío, the climate is very Mediterranean, with heavily varying temperatures between the winter and summer due to the coastal mountain range impeding the Pacific’s moderating abilities.

The climate in the Provincia de Arauco is likewise Mediterranean, but more temperate than in the Provincia de Biobío due to the presence of the ocean. In the western part of the province are hills and depressions that descend to the ocean, with the Nahuelbuta mountain range to the east.

There is much preserved native forest in this province, where flora such as the evergreen Araucaria, sclerophyllous boldo, and cinnamon trees can be found alongside fauna like the puma, south Andean deer, and pudu.

The Región del Biobío tends to be very rainy and, along the coasts, very humid, which has fostered the growth of a variety of produce. In the forests and hills, the winters are especially rainy. There, some common species include the culpeo fox, vizcacha, puma, condor, and black woodpecker, with common trees being the aforementioned Araucaria, lengas, ñirre, and Patagonian oak.

Among the mountain range are small cypress forests, though along rivers and around water sources one can find colorful flowers and a greater richness of species.

Before the arrival of the Spaniards, the Región del Biobío was inhabited by the agricultural Mapuche people, who occupied much of south-central Chile. Archaeological finds suggest that Mapuche culture had prevailed in Chile since the 6th century BC, and they were left mostly untouched by the Inca conquerors who descended into Chile between the 1400s and 1500s, as Inca expansion ceased just north of Mapuche lands.

During Spanish colonization, there was much strife between the colonizers and the Mapuche, as seen in the Arauco War, beginning soon after Spanish arrival in the 1500s.

The Arauco War was the result of Spanish attempts to force Mapuche people into slavery, mainly to mine the gold deposits around the Biobío River, an extremely dangerous activity that had killed many Mapuche people. This led to a long series of conflicts between the two, taking place within the historical region of Araucanía, which is now the southern part of Biobío and the modern Región de Araucanía.

From mountains and volcanoes to lakes and coastlines, the Región del Biobío offers a wide variety of hiking experiences.

One popular place to hike is around Laguna Grande in the commune of San Pedro de la Paz, where birds are abundant and the forests are thick. Just north of the commune, across the Biobío River, is the Península de Hualpén, home to a nature sanctuary with hiking opportunities throughout.

Also on the Pacific coast of the region is the Isla Mocha and the corresponding Reserva Nacional Isla Mocha, with trails that reveal the stunning terrestrial and aquatic biodiversity of the island.

Many of the region’s tallest peaks have their own trails, as well. Sierra Velluda can be traversed in a 10km/6.2mi trail of medium difficulty in about 5 hours, with stunning views of the surrounding land and paths through waterfalls and lava fields. It is located partly within the Parque Nacional Laguna del Laja, where the Volcán Antuco and and the Laguna del Laja itself can be seen and hiked to various extents as well.

The Volcán Callaqui can be hiked within the Reserva Nacional Ralco, which offers several trails through the unique Andean landscape of eastern Chile. Callaqui, alongside the Volcán Copahue, stands within the commune of Alto Biobío, which houses many natural wonders prime for tourism and hiking.

The coasts and rivers of Biobío are host to a number of lively urban areas ideal for lodging or a day trip, well connected to each other and to the major natural hotspots through a vast highway system.

The second largest city in Chile and the largest in Biobío with a population of around 200,000 people, Concepción is the heart and capital of the region. Concepción is famous for its thriving music scene, the birthplace of many notable Chilean rock bands, with a massive music festival hosted every year to honor that history.

The strong university presence has fostered a very rich cultural and intellectual environment as well, containing many important art, history, and natural history museums. Notable sites such as the Plaza de la Independencia, the postcard-perfect buildings of the University of Concepción, the urban lakes and luscious parks and squares, and the zoo provide endless opportunities for exploration within the city.

The city of Los Ángeles, not to be confused with that of California, is one of the fastest-growing cities in recent years, surpassing 200,000 inhabitants. The vibrant history of the city can be seen in its museums, monuments, forts, and even its streets, named after notable figures in Mapuche and Chilean history.

Los Ángeles has an active nightlife and commercial sector, with busy shopping centers, bars and clubs, and a casino. Otherwise, one could visit the city’s lush parks and natural ecosystems, such as the Laguna Esmeralda, or explore the vast surrounding environment of the Provincia de Biobío. 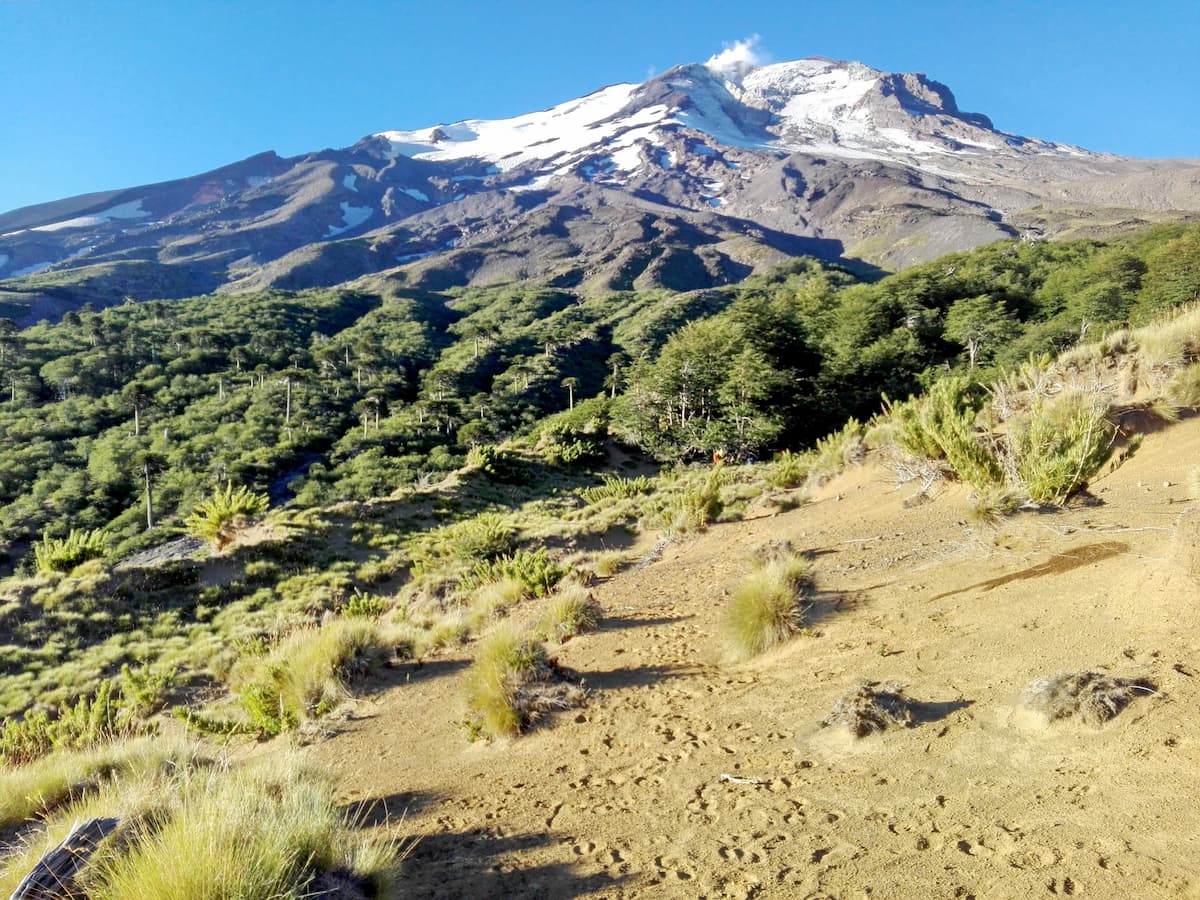 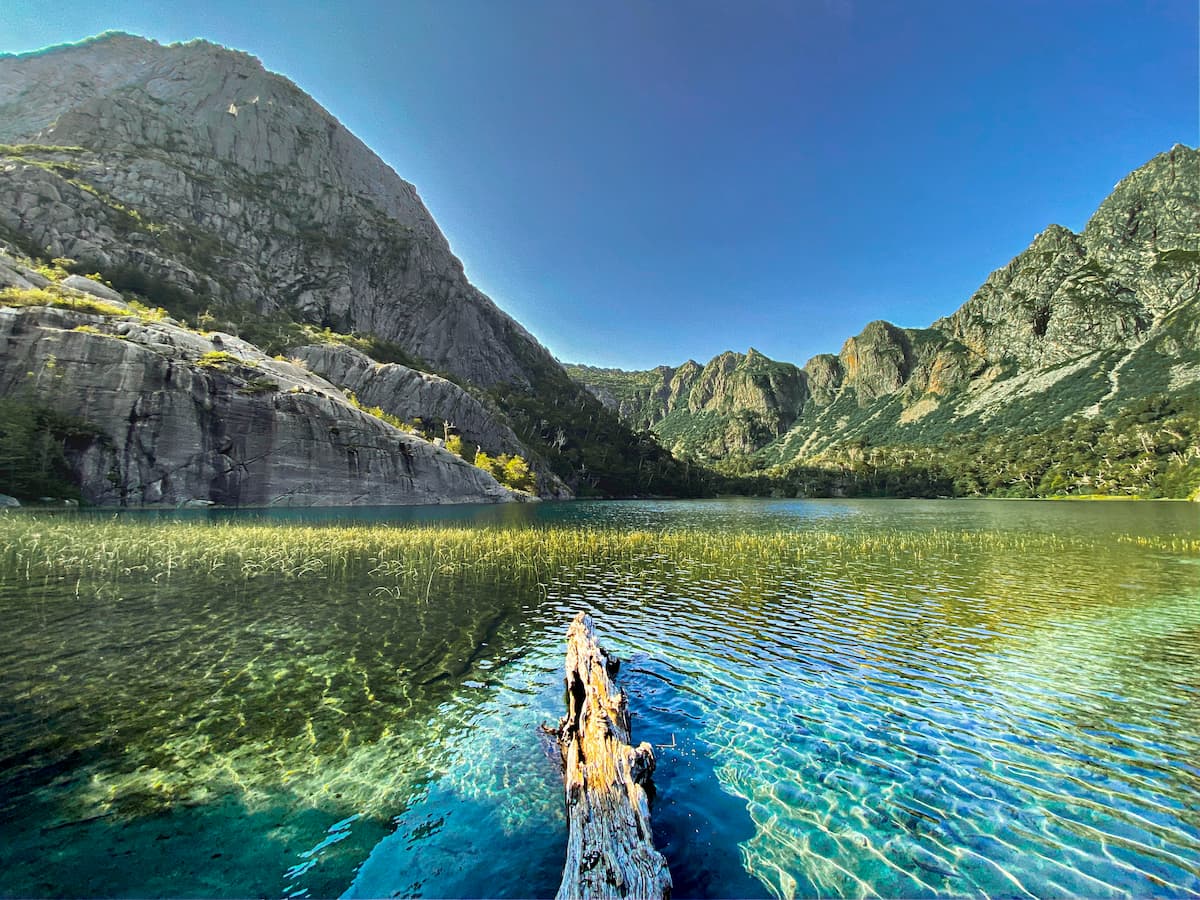 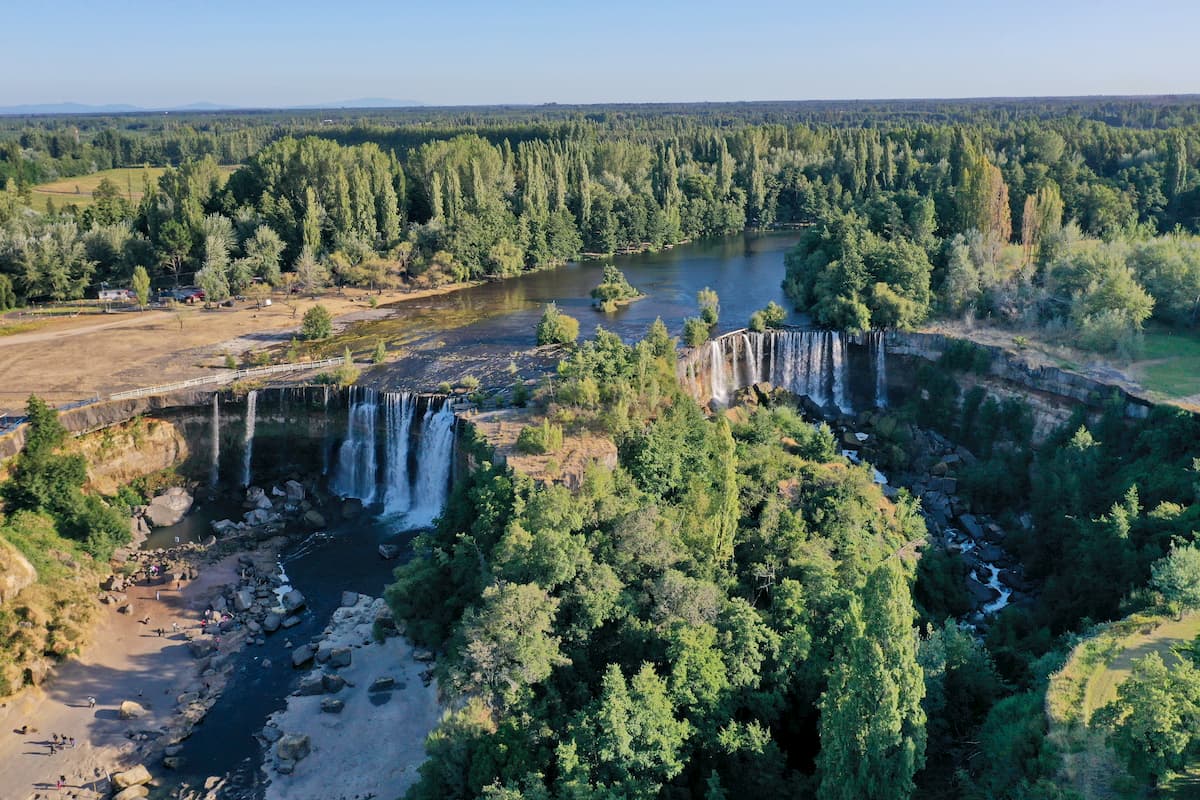 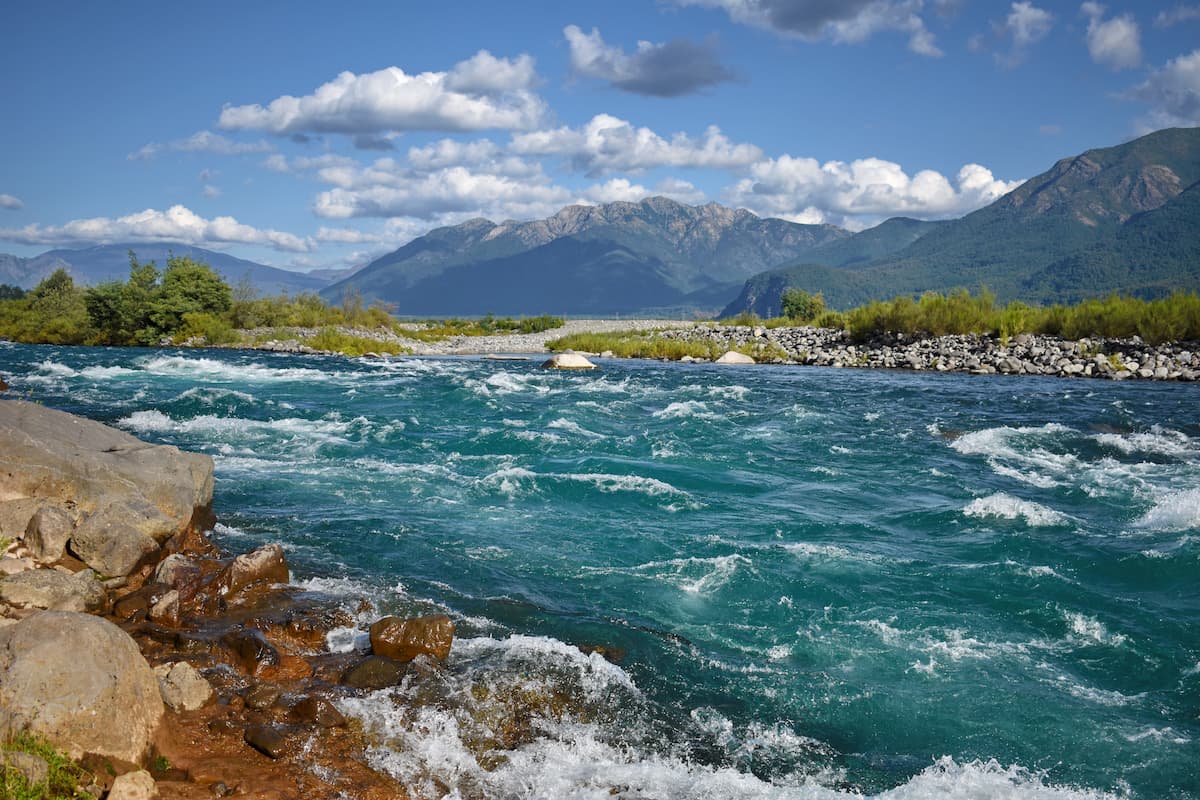 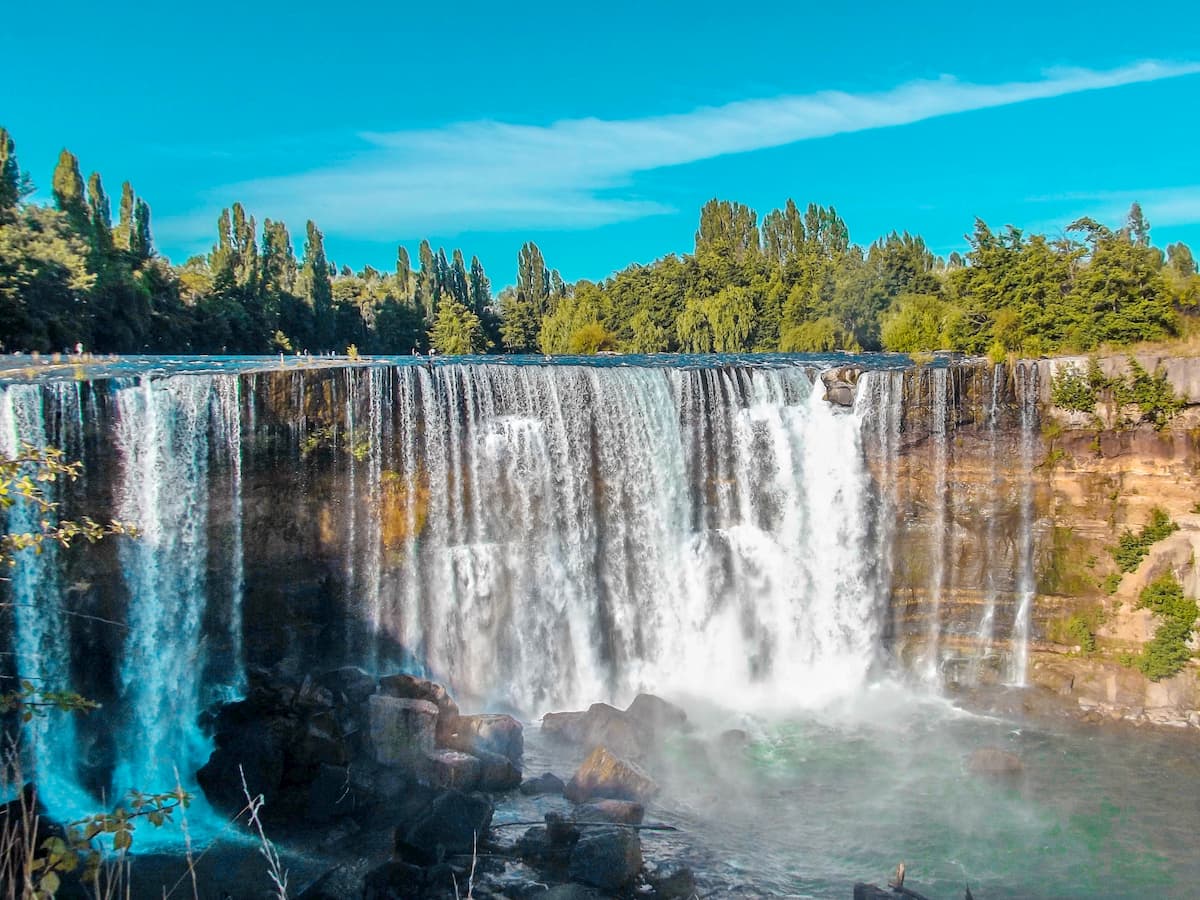 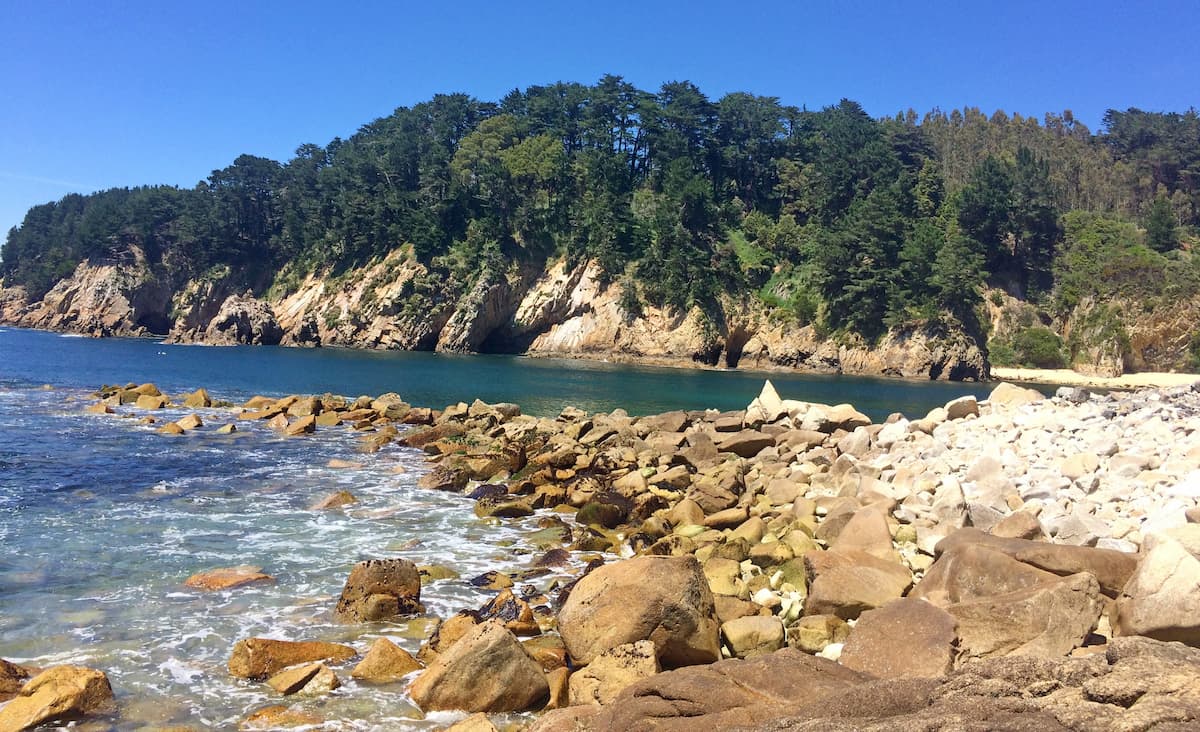 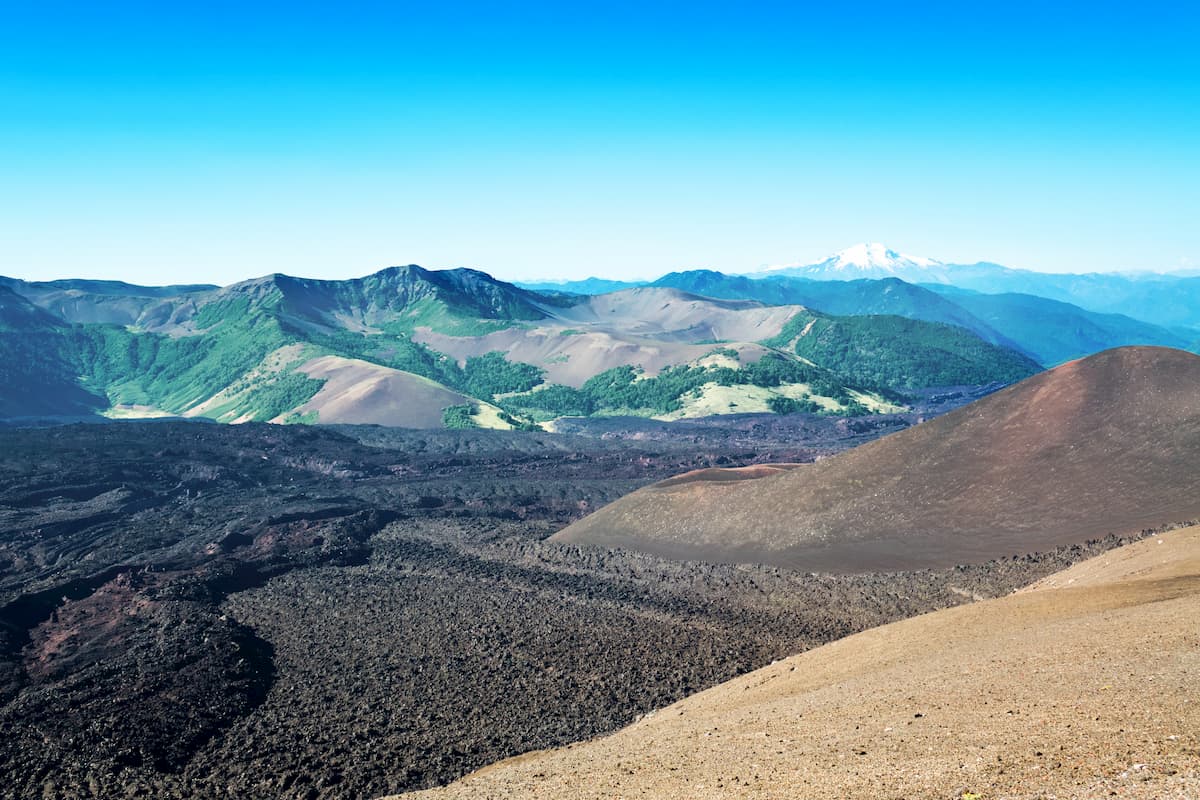