Armenia
2
Mountains with prominence of 1 ⁠500 ⁠m / 4 ⁠921 ⁠ft or more.
Highpoint

Since Armenia is a landlocked country almost entirely occupied by mountains, it is definitely a paradise for hikers and outdoor lovers.

Concerning the morphology, there are 4 main mountainous regions and more than 16 mountain ranges, which include also extinct and active volcanoes like Mt. Porak (2,800m), Mt. Azhdahak (3,597m) highest point of Ghegam ridge, and Mt. Aragatz. The mountain formation process is still ongoing. In fact, Armenia is a particularly unstable land, subjected to high earthquake risks, just like the rest of the Caucasus. 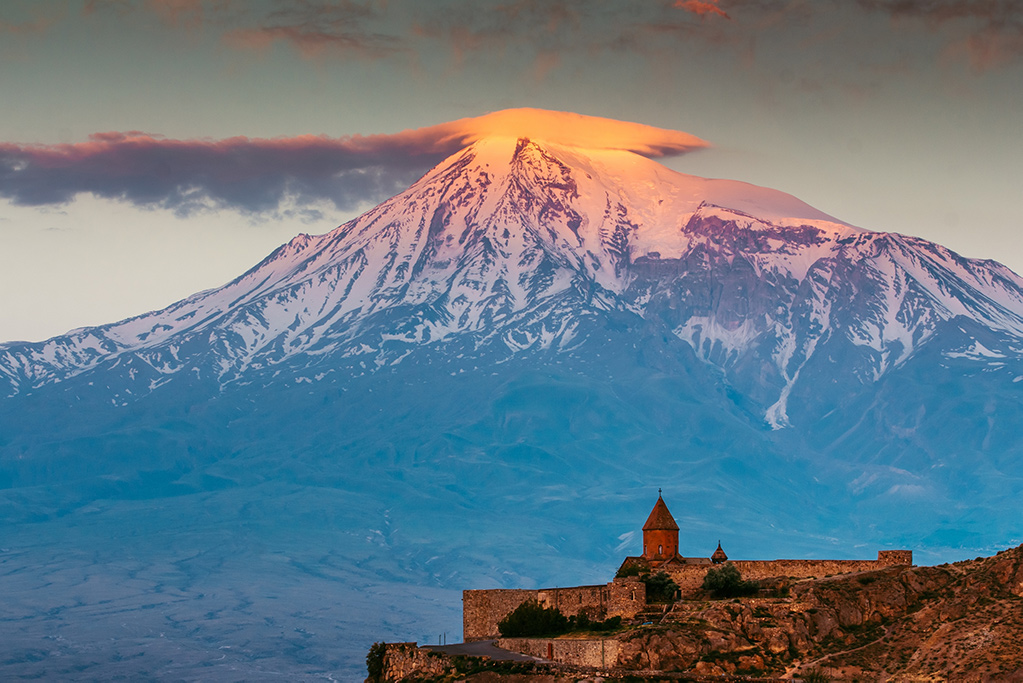 Its territory is divided into 10 administrative regions, all characterized by a huge variety of landscapes and climate differences: Lori province enjoys humid climate, whereas Ararat region can boas of a drier one. Gegharkunik is the region of lakes and water basins, Tavush is characterized by green forests, and Shirak is a volcanic region.

Since there aren't any pronounced lowlands or plain territories inside its borders, once you set your foot in Armenia you will literally be surrounded by mountains, which means you will be able to use PeakVisor everywhere!

Armenia is a country of extinct volcanoes. The last eruptions were a million years ago, but you can feel the whole power of those eruptions even now. Especially in the volcanic mountains, at the height of 3000 meters, a lot of petroglyphs have remained, which will tell us a lot about those volcanoes.

Most people google to learn where Armenia is, yet despite this fact, this is a country full of wonders, especially from the point of view of the hiking opportunities. Hardly can it be called a popular destination for European tourists, but local tourism associations and tour operators are constantly growing and offering more and more tourism-related services. For example, there is an official Armenian Mountaineering and Hiking Federation or a hiking association called HIKEArmenia, you can contact in case you are planning your hiking experience by yourself, especially because Armenia might still prove to be a nerve center in the Caucasian area. This is particularly true for Nagorno-Karabakh, a still disputed Armenian territory in Azerbaijan.

Basically, there are trails suitable for all levels and distances, but in general, multi-days long distance hiking routes are recommended to people who want to enjoy the beauty of wild nature at its best. Spa towns and ski resorts like the famous Tsaghkadzor are worth a visit in winter, but summer is the recommended season to those who want to enjoy some good hike.

Since you may not find mountain huts or other facilities outside the most common destinations be sure to check transportations and equipment in advance. However, the locals are very welcoming, their Caucasian hospitality is truly outstanding, if you come across a village on your route, you will be put up for the night, provided you can explain what you want as outside the capital, you are not likely to find people who can speak either English or Russian. That means even if you are an expert hiker, you may feel out of your comfort zone travelling alone. In that case, consulting specific websites or hiring a guide will be a safer option, even with Armenia being quite a safe country.

Since Armenia is a small country hiding precious treasures, there are four National Parks created specifically to protect endangered species of wild flora and fauna, which constitute about one - quarter of the Arevik National Park are a natural paradise for butterflies-lovers and birdwatching. You may also appreciate walking along the 80-km section of theTranscaucasian Trail, which lays out in the Dilijan National Park, then stopping at panoramic spots like Parz Lake (also famous for stunning wedding photos backdrop), the Drunken Forest, or the ruined village of Chermakavan.

With more than 1200 mountain lakes, most of which are of volcanic origins, it goes without saying that water in Armenia plays a pivotal role.

Lake Sevan is the largest of these water basins, as well as the most touristic lake of the country, followed by Lake Arpi. Due to their popularity there are well developed facilities here. Beside hiking, you can try surf, cycling, fishing and other funny activities.

Hiking around Lake Sevan will connect you to the Armenian ancient past. In fact, scattered around the lake there are huge monolithic slabs of basalt, erected near water sources, probably with a ritual function. They are called Vishap (Dragon stones). The best example of this primaeval form of art lays on the Gegham Mountains, just beside Vishapalich “The Dragon Lake”.

Despite Armenian tormented history, other footprints of an ancient past are still visible today. The majority of Christian monasteries are now famous UNESCO World Heritage Sites. Hikers with a truly romantic heart, who like to wander around ruins may enjoy a peaceful walk at Noravank or Sevanavank Monastery, taking one of the small trails towards the mountains that will take you to some incredible panoramic views.

Just like Japan has its Fuji-san, Armenia has Mount Ararat, the biblical mountain where Noah’s Ark is believed to be kept. Since this volcano is such an important symbol, local products and brands, like the famous Ararat Brandy (which everybody in Armenia and Russia persistently call cognac), are named after it. The curious fact is that the most famous Armenian Mountain is not actually Armenian, but Turkish. Leaving aside historical and political issues, Mt Ararat is still full of symbolism you may not want to miss. When in Armenia, take in the full majestic view of this biblical mountain which can be easily seen from the capital Yerevan when the ski is clear, and also from other tourist destination, such as the monastery of Khor Virap. If looking at Mt. Ararat is not enough, try climbing Mt. Aragatz.

The longest reversible cable car in the world

Since winter 2018, mountain lifts are visible in the winter mode of PeakVisor app. Why don’t you take the chance of using the app while getting on the longest reversible cable car in the world? Designed in Switzerland, this 6-km long aerial tram runs over the Devil’s Bridge and Vorotan River Gorge, leading to Tatev Monastery, a UNESCO’s World Heritage Site that was an important spiritual centre in the Armenian Christianity. Also, in the same area, the city of Goris is another must-do stop. 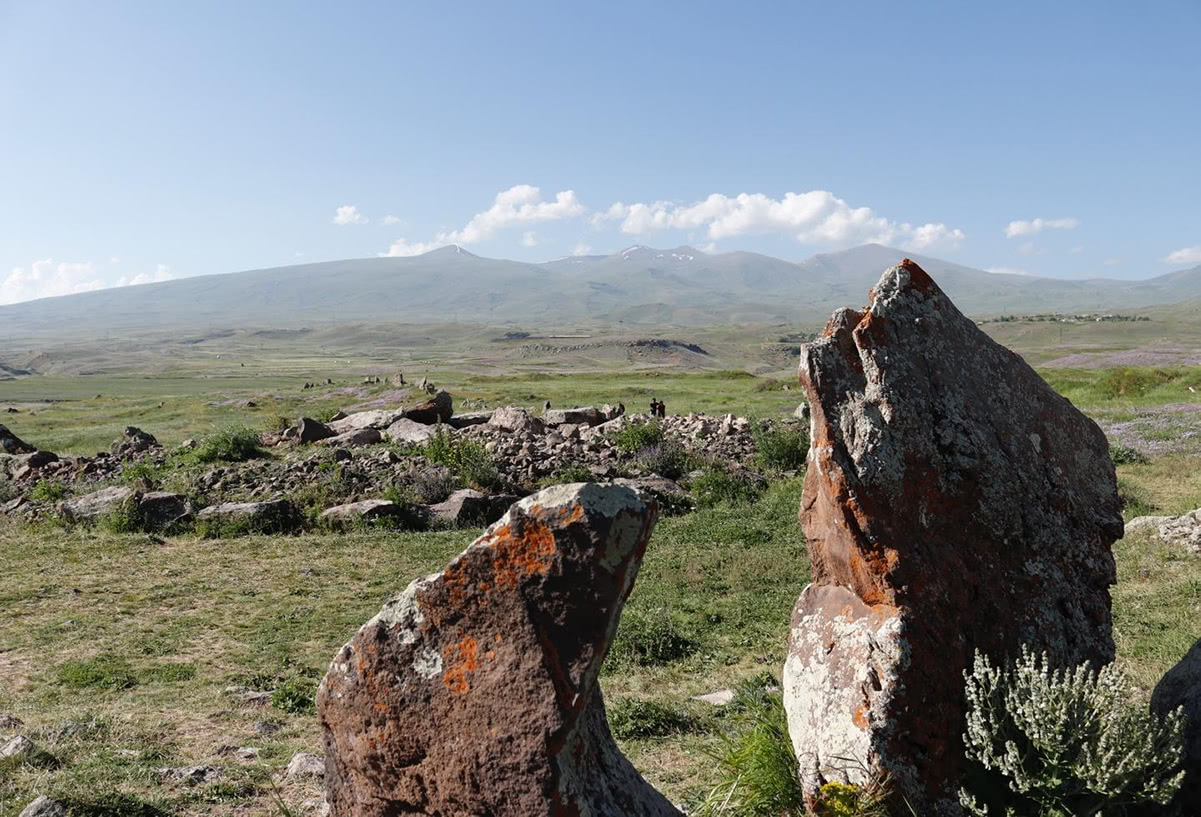 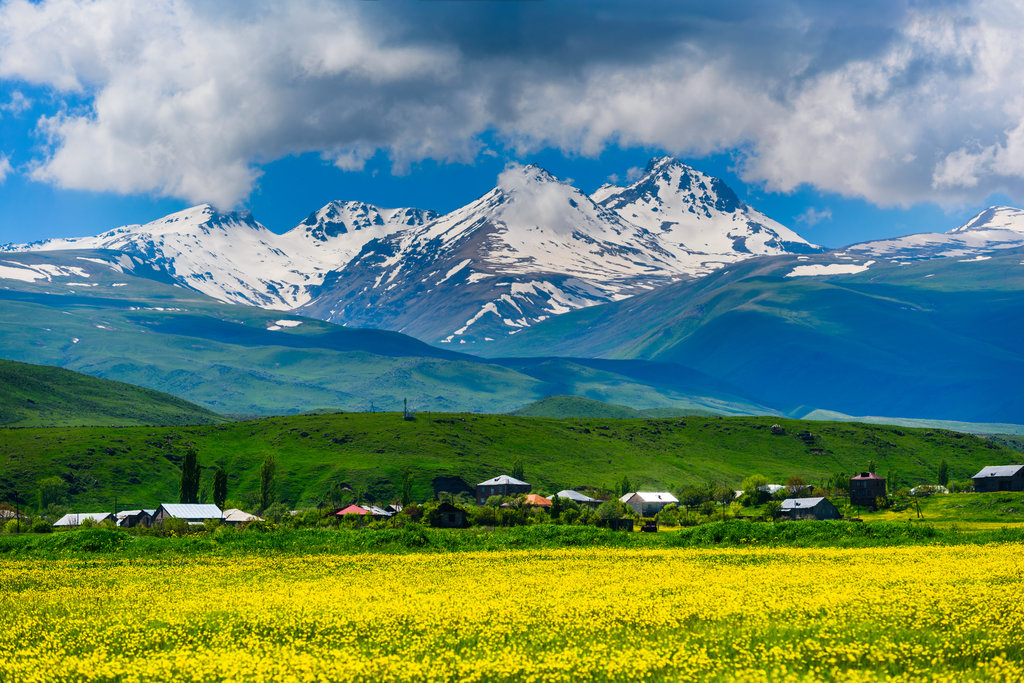 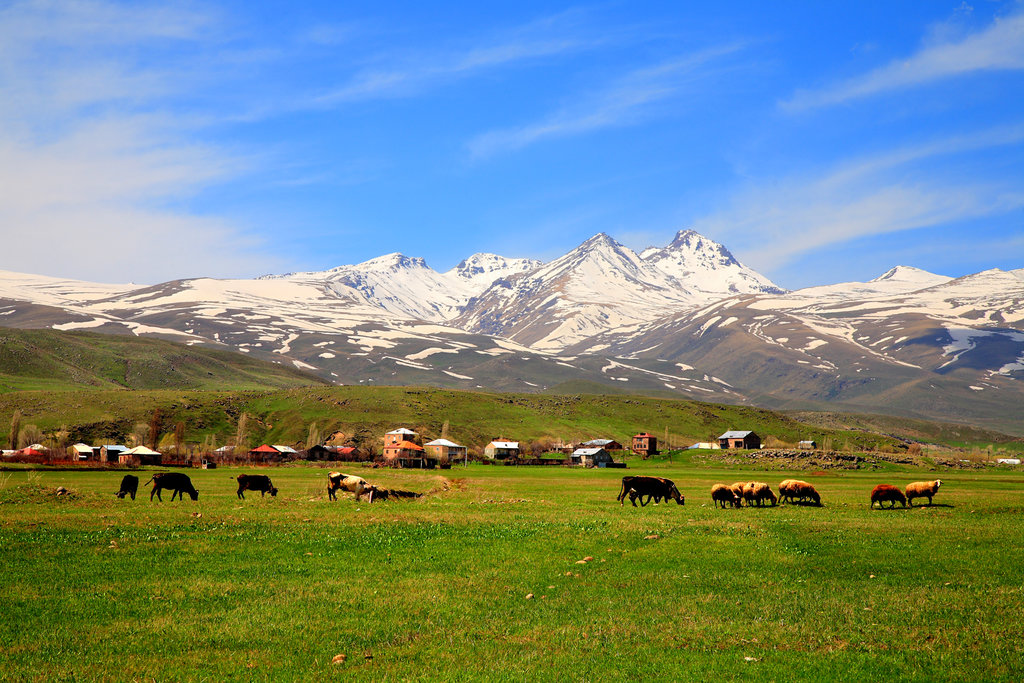 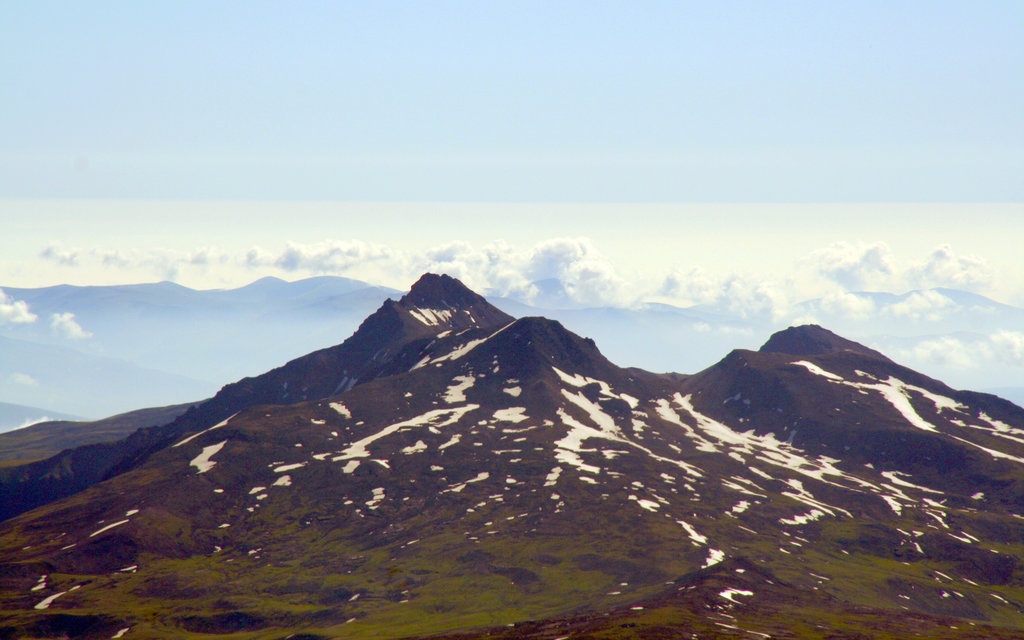 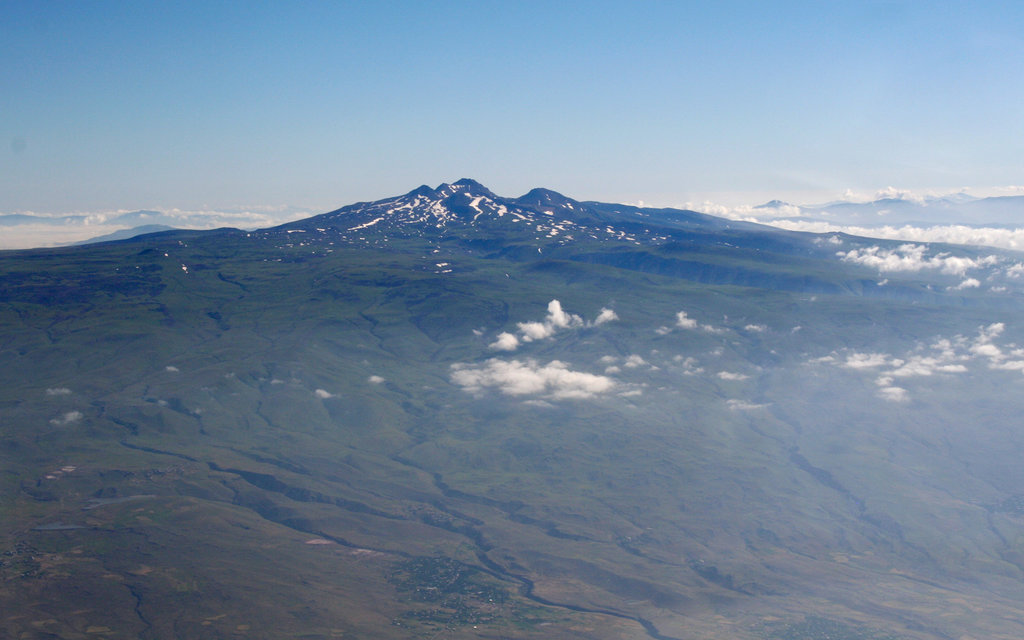 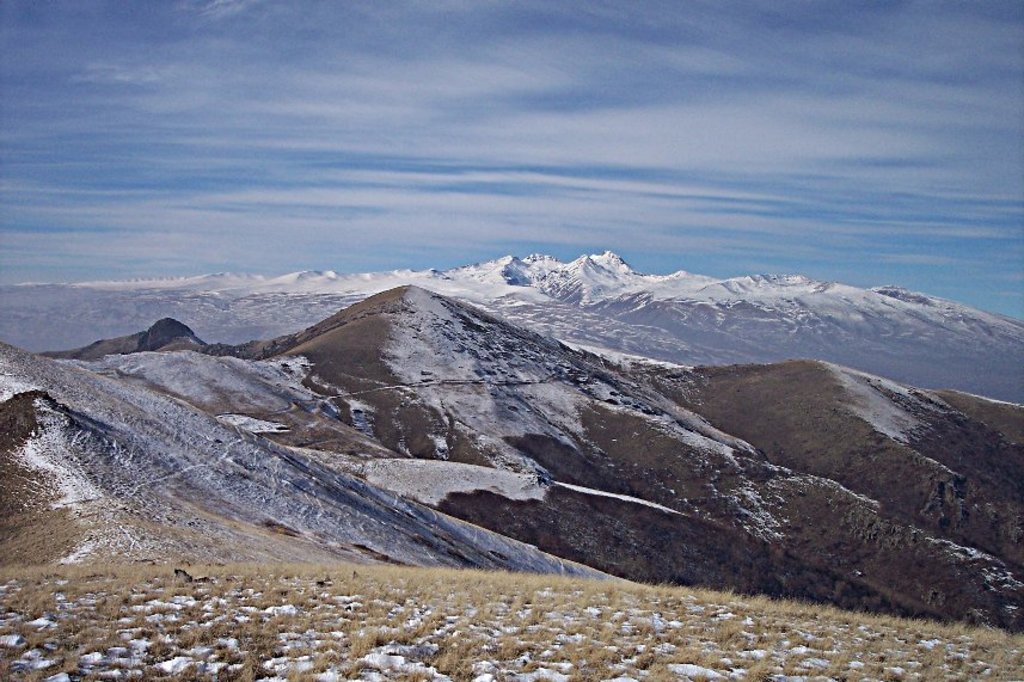 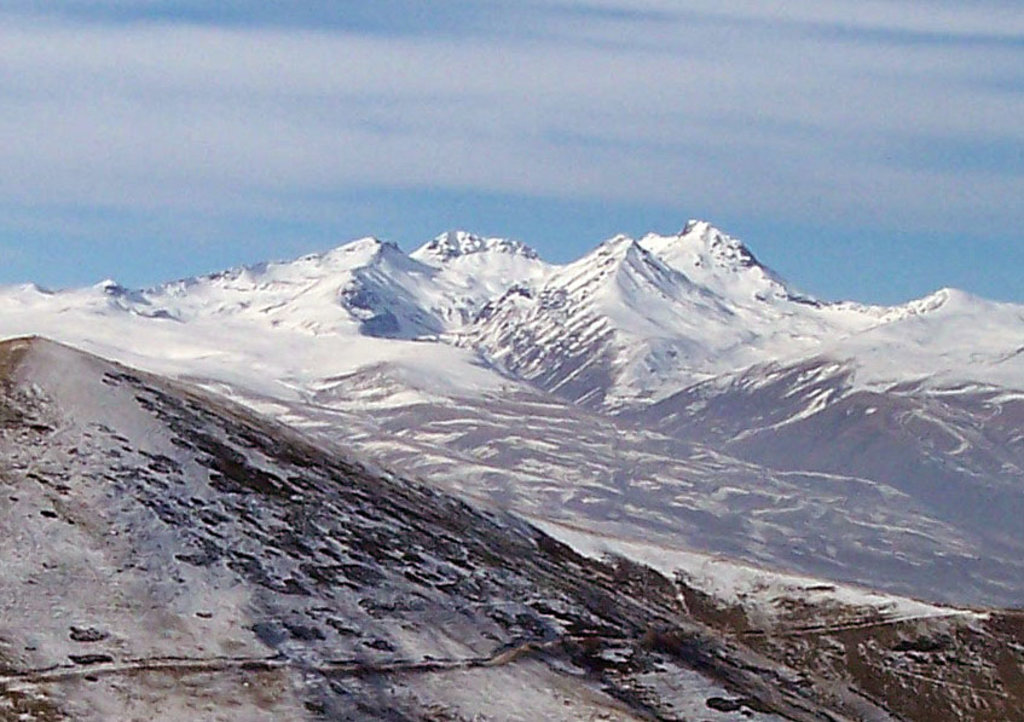