There are 26 named mountains in the Yatsugatake Mountains. The highest and the most prominent mountain is Mt. Akadake (2,899m). 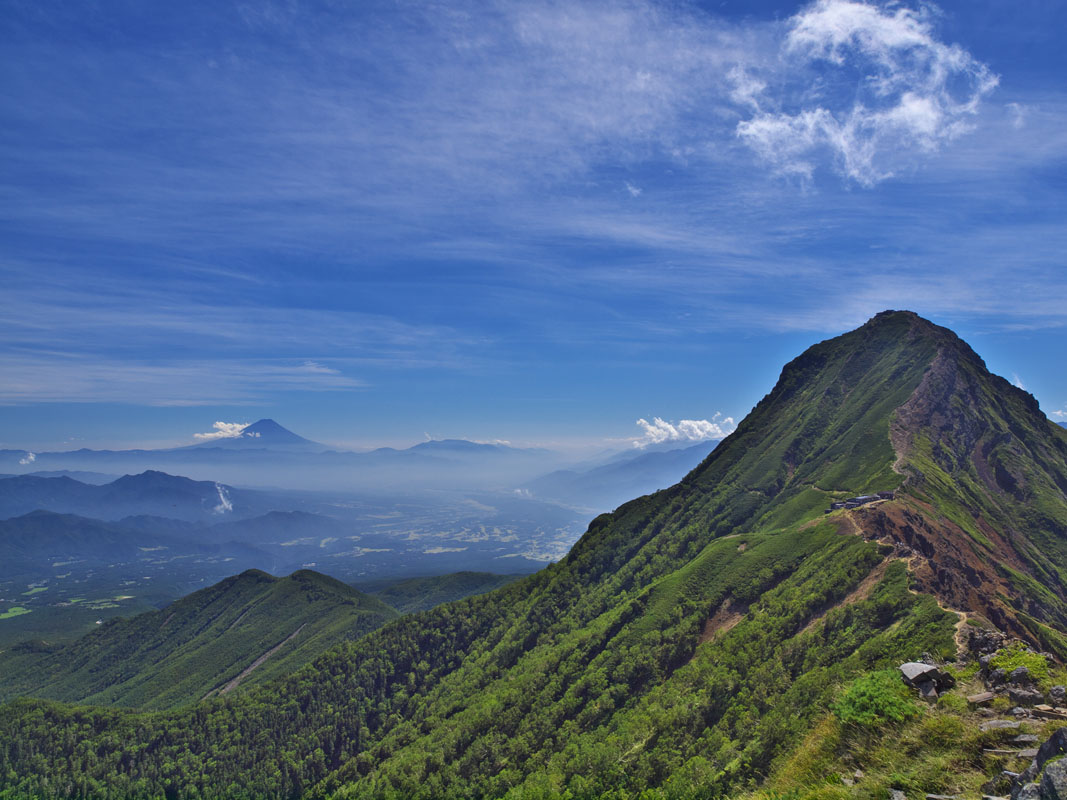 The Yatsugatake Mountains are a volcanic mountain group located between Nagano prefecture and Yamanashi Prefecture. There are an independent range detached from the famous Japanese Alps. Its name means literally “eight peaks”, where eight is not actually eight, but the number standing for a sort of standard measure to indicate a large quantity of something. Thus in this case, it indicates a mountain range made up by several peaks. Also, the Yatsugatake is the official name given to this range, but it takes up different names depending on the prefecture and local people’s customs. It is divided into two major groups extending from north to south for 30km and from east to west for 15km: the Northern Yatsugatake and the Southern Yatsugatake.

This range is shrounded with a plethora of legends. One of these legends says that the mountain that gives its name to the range was the biggest rival of Mount Fuji (3,776m). In fact, it was once higher than Mt. Fuji; for this reason, it was kicked by the majestic rival and broken into pieces. Another version says it was the goddess who dwelled there who made Mt. Yatsugatake become the mountain group visible today. There are also legends related to other peaks of the range: for example, it is believed that Mt.Tateshina (2,531m) was Yatsugatake’s younger sister and when she saw Yatsugatake falling into pieces, she started crying, giving birth to the river that created Lake Suwa. Another folktale says Mt. Akadake is the dwelling of Kuni-no-tokotachi-no-kami, a local deity worshipped in the city of Chino at the mountain feet. Due to the connection of the Yatsugatake to folktales and to the Shugendō, there are lots of temples and sacred stones on its peaks.

The Northern Yatsugatake and the Southern Yatsugatake are separated by Natsuzawa Pass and the Southern Yatsugatake is also listed in the 100 famous Japanese mountains. These two portions of the range differ in appearance and trail features. The Southern peaks are wild and rocky, particularly popular among strong and adventurous hikers, while the Northern peaks are gentle and greener, covered in forests and dotted with beautiful lakes. These peaks are the favourite destinations for hikers who want to enjoy the serenity of the landscape and peaceful walks. This is true for the mountain facilities as well. In the northern part, it is easier to find mountain huts, ropeways and buses going to the trailheads, while the southern part is wilder and more isolated.

Mt. Akadake (2,899m) like the majority of the peaks located in the southern section of the range is characterized by trails mainly suitable for intermediate hikers. There are 5 marked trails. The classical route starts on the eastern side of the mountain, in Kiyosato (Hokuto city) and takes about 5h to be completed. It is recommended to expert hikers, especially for the steepness of the trails and the absence of mountain hut and lack water supply along the way.

From the upper part of the Shinkyouji One Route to the summit, it takes 1h walking on a trail that runs inside a forest and leads to an observatory point. The summit of Mt. Akadake is framed by a couple of tiny shrines as well as numerous small concrete monuments.

Mt. Amida(2,805m) With such a name, this peak could never be more bound to the Buddhist religion. In fact, Amida is cited in sutras as “The Buddha of the Pure Land” and “the Buddha of the Western Direction”. The statue of Buddha Amida on the mountaintop has made this peak a popular destination of many religious associations.

It occupies a solemn place, clearly separated from the main ridge, between the cities of Suwa and Chino. It is usually climbed in 2 days in combination with Mt. Akadake, located on its western side. Its trails are a great introduction to winter alpine climbing.

Another similar 2-day trip starts on Mt. Nakadake, but it is easier than the former due to the lack of steepness and the presence of a well-tracked trail as well as ladders and chains that facilitate the climb. Scree slopes may be perilous due to the detaching rocks, but the trail can be accessed by beginners as well. Hikers may also choose a 1-day hike which takes 6h starting from Minodo lodge.

Mt. Gongen (2,715m) is located in the southern section of the Yatsugatake range and, on its right side, it is connected to Mt. Akadake and Mt. Amida. It is considered a 'mountain of bad fortune' due to its difficult accessibility. Despite standing above a majestic valley, it receives all the shadows of the mountains nearby. Also, the transport leading to its foot is few, and it seems that bad accidents have been commonly haunting the area. However, trails and important spots are well-marked and the peak, characterized by the presence of rocks coloured in pink shades, can be easily climbed. It takes about 4h from Yodake trailhead to reach the top, while from Watamiguchi the walking time is reduced to 3h30m.

Mt. Tengudake (2,646m) is a stratovolcano located in Yatsugatake-Chūshin Kōgen Quasi-National Park. It is called so due to a cliff on its summit resembling the nose of a Tengu, a creature of Japanese folklore. It is divided into three major peaks: Mt. Higashi Tengudake, considered a manly peak due to its steepness and Mt. Nishi Tengudake, where hikers can find gardens with lilies and forests typical of the Japanese Alps. Due to its central position in the Yatsugatake mountains, it offers a panoramic view of the entire range. There are four main routes to reach the summit and two huts where it is possible to spend a night in case of a long hike. Sakuradaira route has a portion in common with the trail going Mt. Io. There is a bus from Chino reaching Shibunoyu where the main trail starts. A one-day hike takes about 4h and it is suitable for beginners.

Mt.Yokodake (2,829m) and Mt. Kita Yokodake (2,471m) these peaks offer a wide range of hiking opportunities. The easiest routes are suitable for beginner hikers as well as for families with children, due to the moderate difference in elevation. Hikers can also choose to hop on the ropeway to avoid the hardest part of the trails. The ropeway stops in the vicinity of the trailhead leading to Mt. Kita Yokodake. Along the way, some panoramic spots like the Nanatsu Pond and some inner gardens will cheer hikers up during the 2h30m hike. Also, it is possible to stop halfway at the Kitayatsugatake Hut. In winter, there are well-marked trails that can be walked and explored using snowshoes.

Mt. Io (2,760m) is located on the northernmost point of the Southern Yatsugatake range. Its name means ‘sulphur’, referring to the gas produced by its volcanic activity. A crater wall is another visible proof of it. From this point, it is possible to reach Mt. Neishidake (2,605m) and Mt.Yokodake, belonging to the Mt. Io group, in 1h30m starting from Akadake hot springs via Akaiwa no Atama. If you start from Sakuradaira parking lot, it will take 4h to reach the Oren Hut. It is a challenging and variegated mountain traversed by trails of different difficulty levels. Among the 8 easiest trails there is one starting at Mt. Tengudake which present a little harsh passage in the proximity of Natsuzawa mineral spring and Karasawa mineral spring. Intermediate hikers may choose a trail that runs along the Venus line, an 86-kilometre long panoramic road that traverses Nagano Prefecture, connecting to each other mountains of unparallel beauty. From the parking lot, the trails follow the stream of the Takinoyu River, passing near Tenshoji Plain from where you can see Mt.Tateshina (2,531m). The entire route is feasible in 2h. It is popular during the warm season for the beauty of nature and in winter it is suitable for winter sports, especially for beginners.

Nagano city is easily reachable from Tokyo by local train or bus from Shinjuku or Akihabara stations. Another option is to take the Super Azusa limited express train (JR Chuo Main Line) from Shinjuku Station to Chino Station, and then reach the interested areas by local buses.

Regarding winter facilities, ski resorts are dotted all along the area. A well-equipped one is the Chateraise Ski Resort or the Sun Meadows Kiyosato Highland Park and Fujimi Panorama Resort. 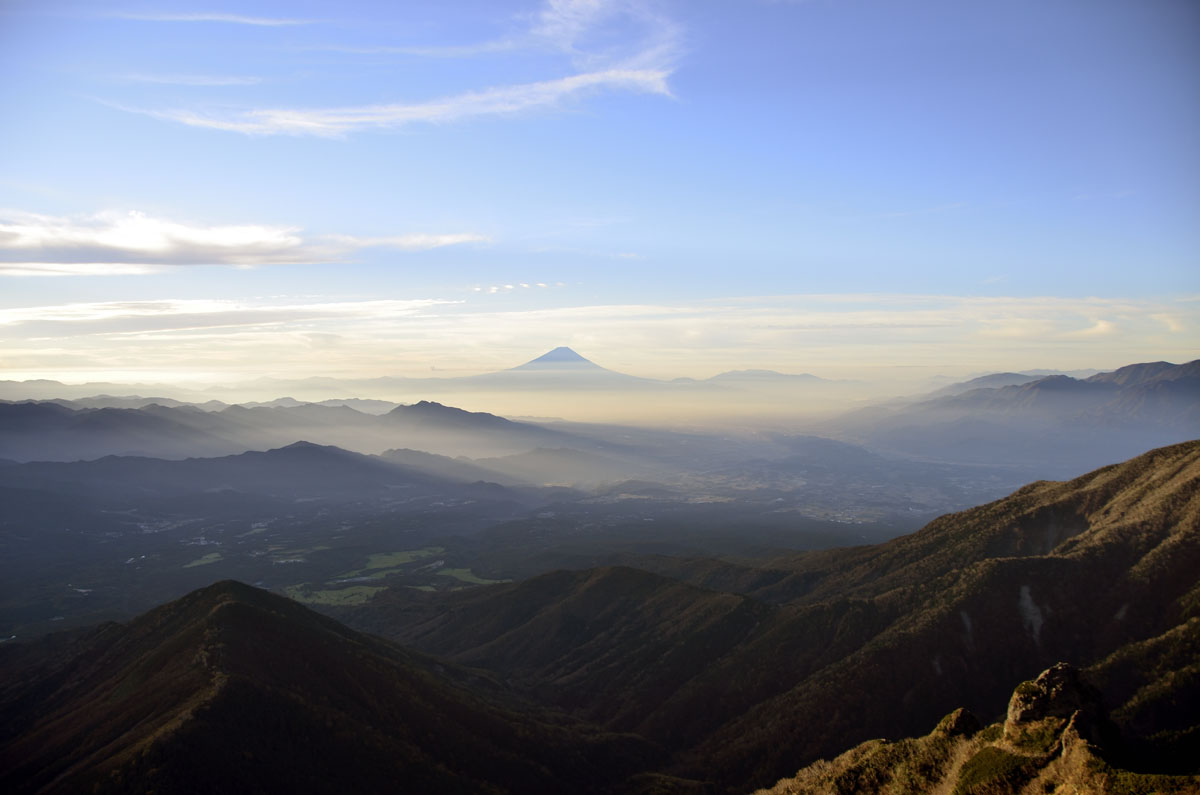 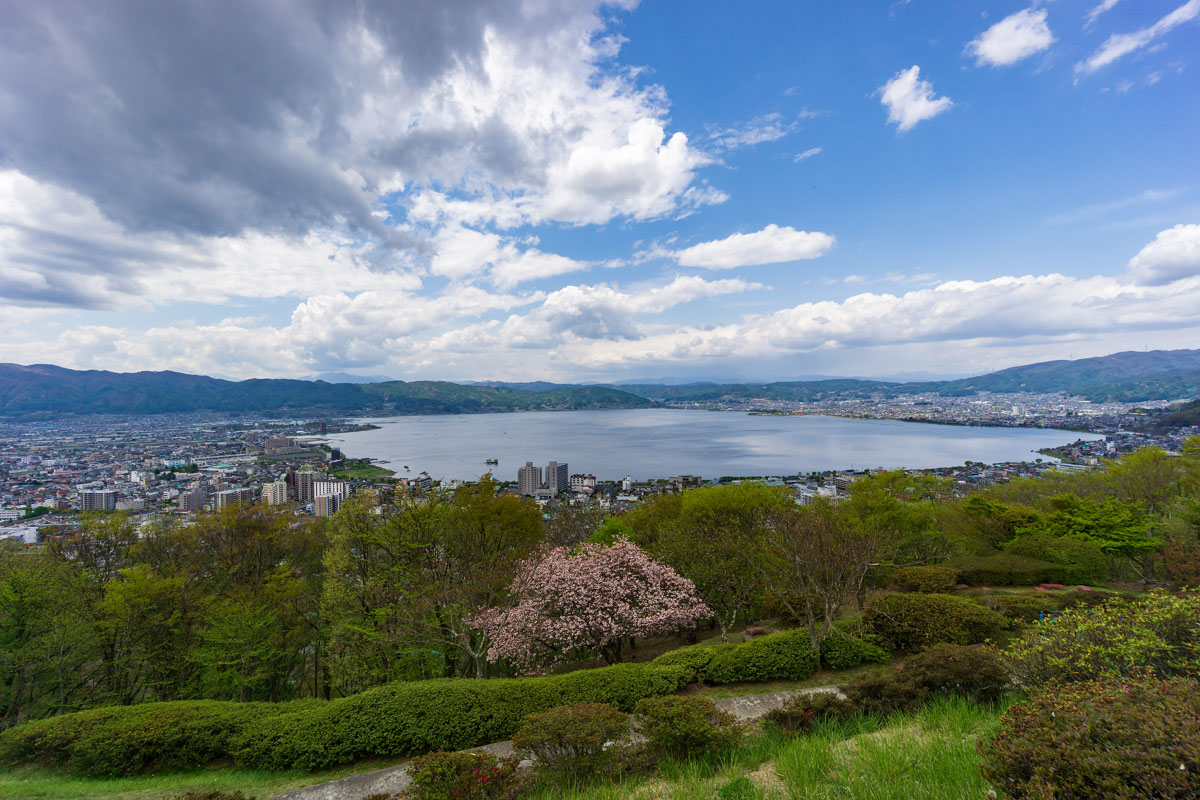 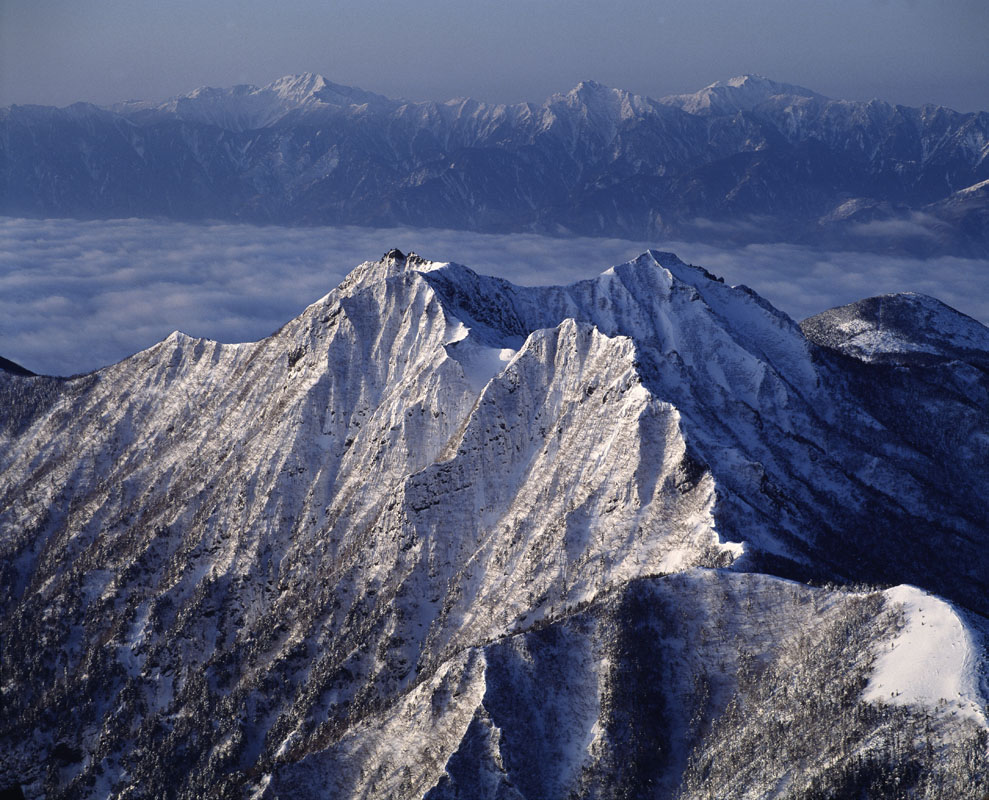 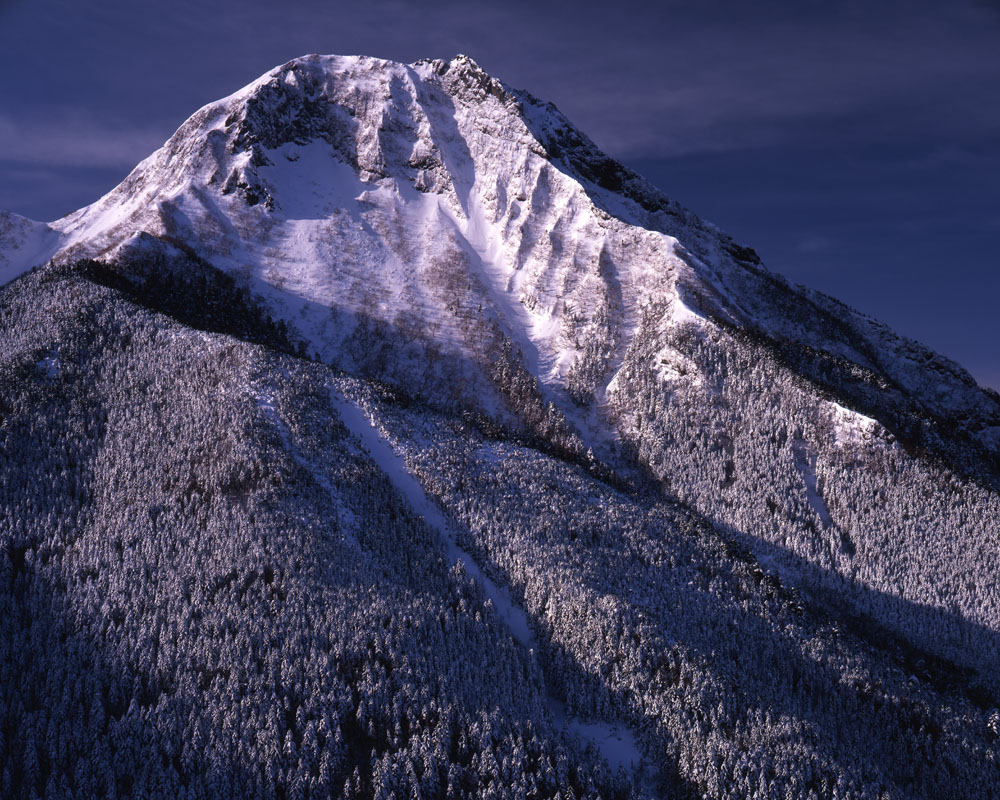 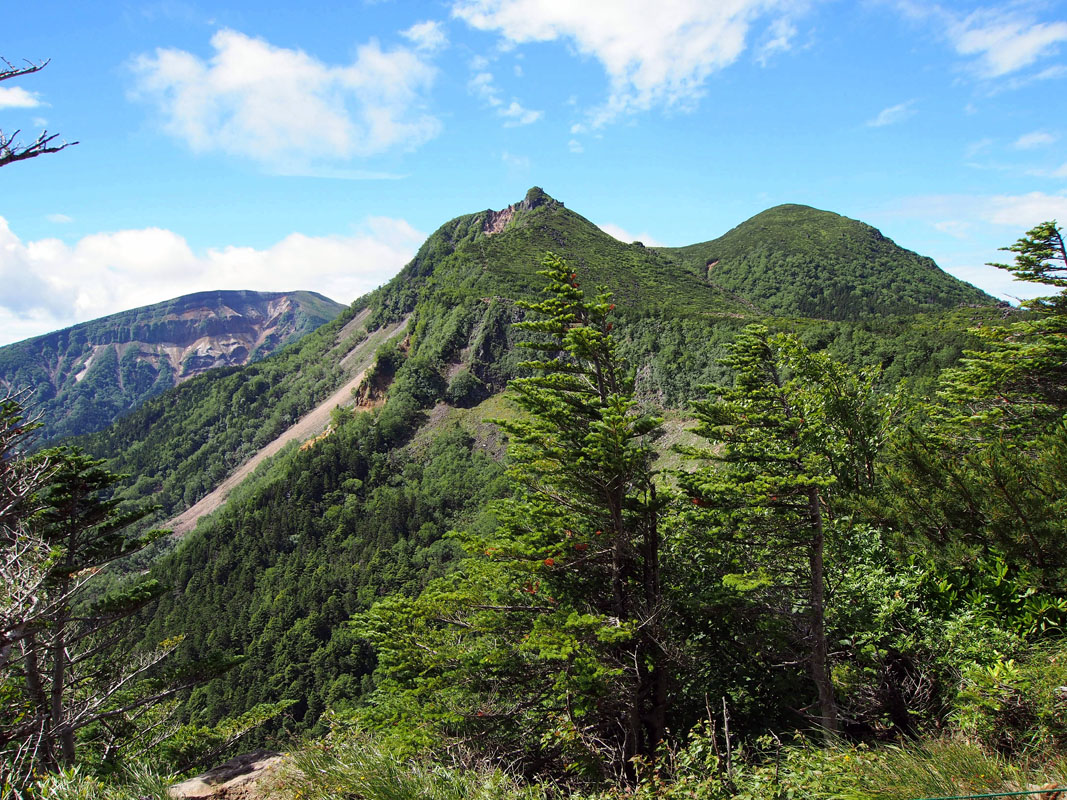 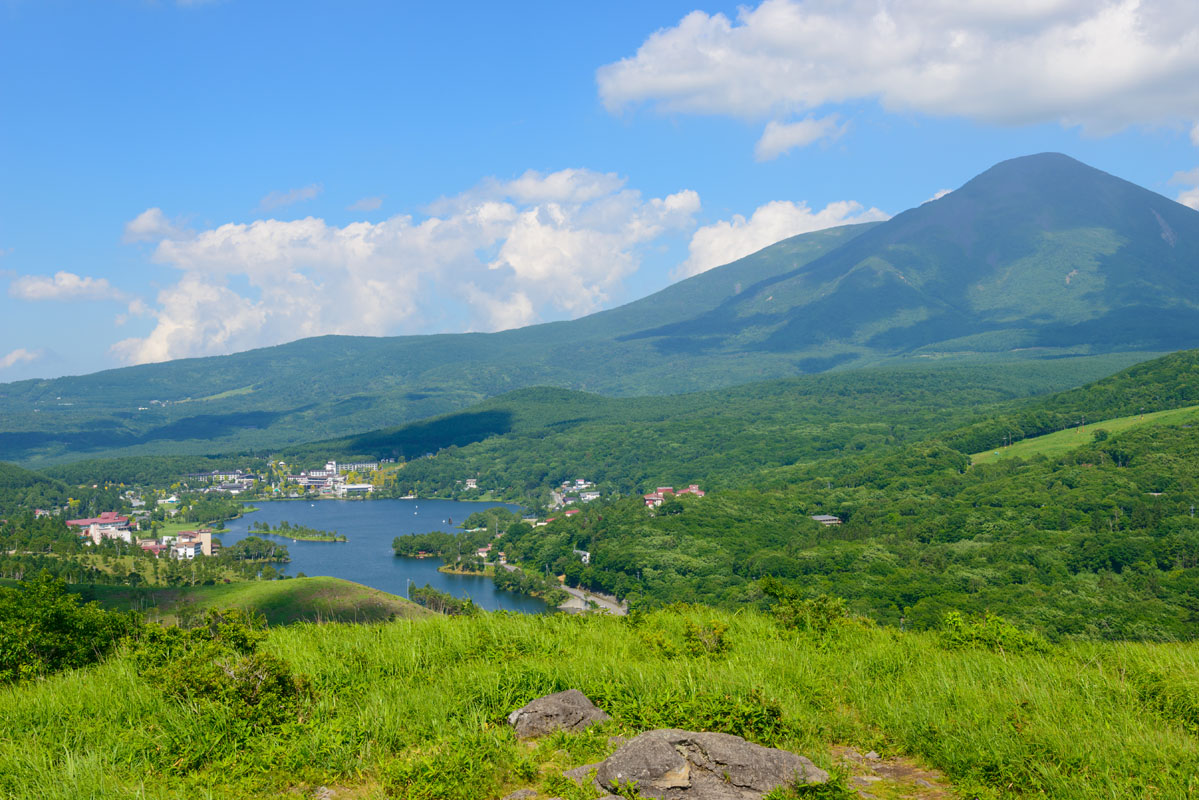 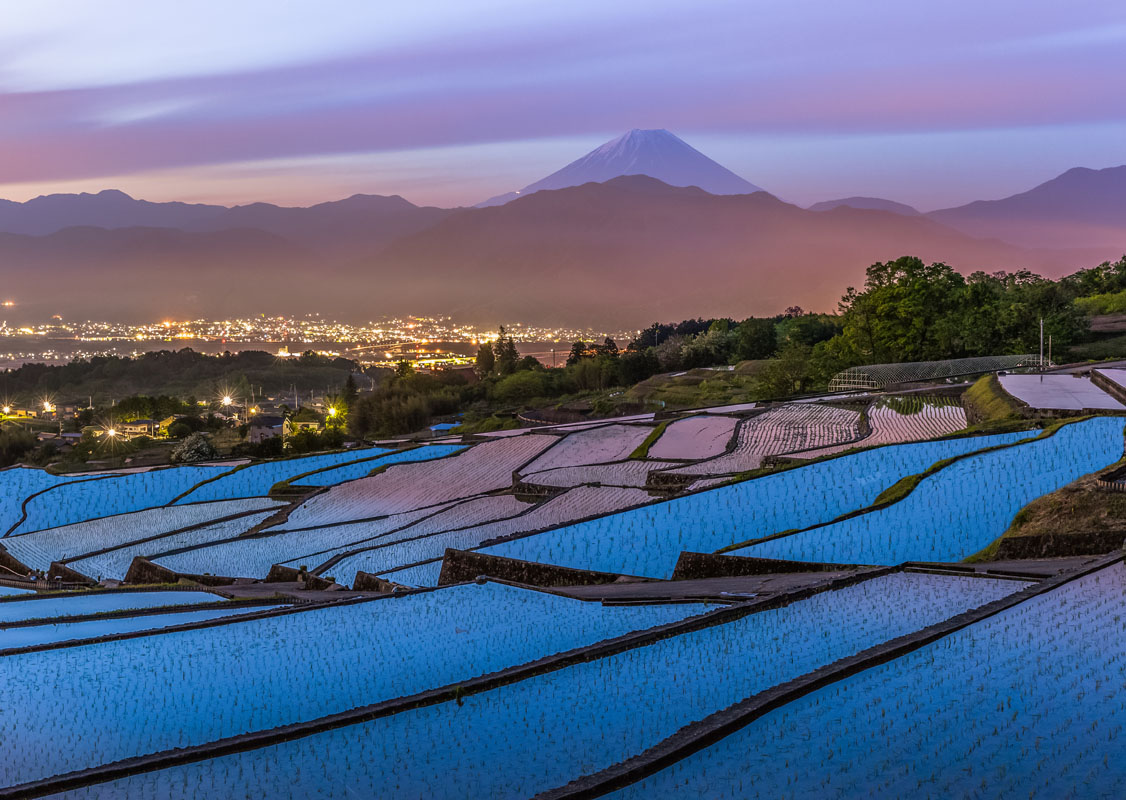 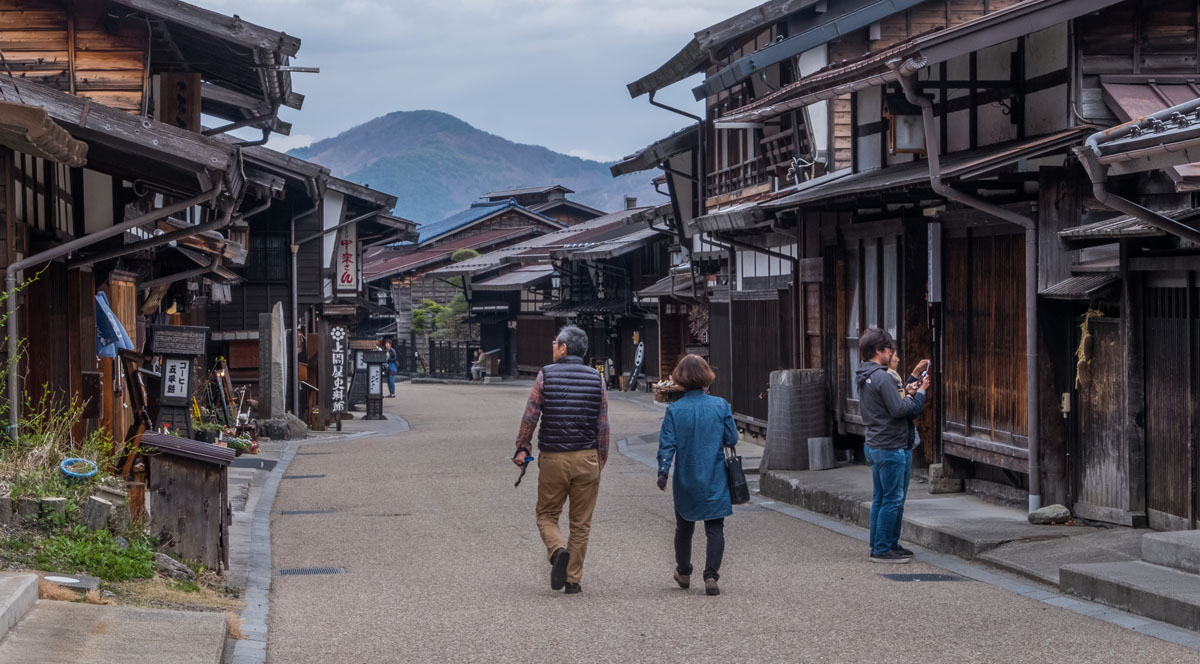