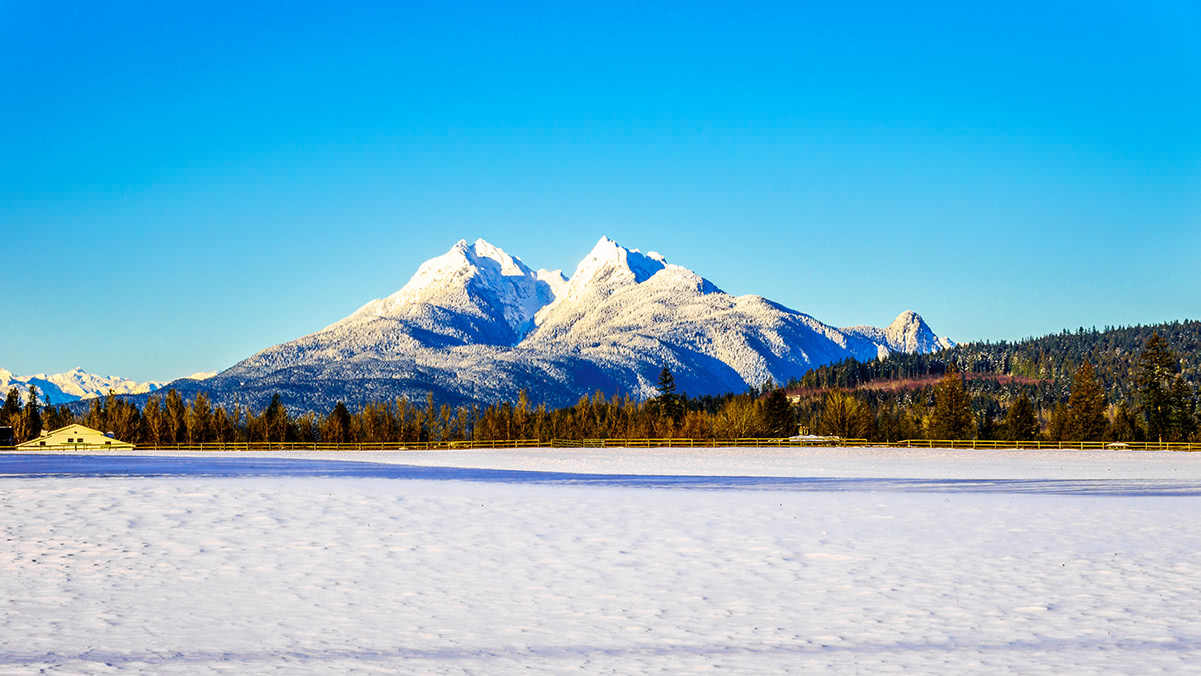 Mount Judge Howay, the tallest peak in the Golden Ears Ranges, is generally known as “the judge,” and is a prominent peak both visually and topographically. This twin-peaked mountain is found at the far end of Stave Lake and is incredibly difficult to access and climb. Reaching the peak involves crossing a lake, bushwhacking through a forest, traversing rocky outcroppings, and rock climbing to the summit.

Another Golden Ears icon, Mount Robie Reid, is a rugged, rocky massif located on the north side of upper Alouette Lake. The northeast face of this steep peak is the biggest rock wall near Vancouver and is also challenging to reach. After taking a boat to the head of Alouette Lake, hikers and climbers will need to take on a Class 4 climb to reach the base of the summit pinnacle.

Alouette Lake, a 16km lake that sits at the southeast foot of the Golden Ears Ranges, is a very popular tourist destination for beachcombers, BBQs, and water recreation. Although a portion of the lake is inaccessible, a visit to the Alouette Lake area offers visitors an opportunity to see several magnificent and impressive Golden Ears mountains.

Golden Ears Provincial Park is one of the largest parks in British Columbia, Canada. The park not only showcases the incredible, rocky peaks in the Golden Ears Range, but is also packed with rugged forest terrain, wildlife, and limitless outdoor recreation opportunities. The park’s proximity to Vancouver makes it a perfect day trip to escape the bustling city.

Aside from a quick trip, dip, or paddle at Alouette Lake or Pitt Lake, visitors can take advantage of modest trails leading to pristine waterfalls surrounding Gold Creek, hop on the West Canyon Trail to experience the Golden Ears themselves, or more experienced adventurers can tackle the epic Golden Ears summits or other icons in the surrounding mountain range.

Just 1.5 hours from Golden Ears Provincial Park, Vancouver offers an abundance of outdoor recreation potential and serves as an excellent starting point for an adventure in B.C. The city itself is surrounded by mountains and is known for its thriving art, theater, and music scenes. The city is also walkable, offers several scenic vistas and parks, as well as plenty of accommodations and eateries. If you’re not quite sure where to stay, or you’re hoping to visit several surrounding wilderness areas, Vancouver is a great basecamp for your adventure.

Maple Ridge sits at the northeastern section of Greater Vancouver between Fraser River and the Golden Ears. The city is full of natural attractions and recreation including hiking, boating, camping, fishing, and biking. Golden Ears Provincial Park, Alouette Lake, Cliff Falls, and the Malcom Knapp Research Forest are just few spectacular attractions right at the doorstep of Maple Ridge. The city also hosts a variety of accommodations, shopping, breweries and bistros, historic sites, and even music festivals. 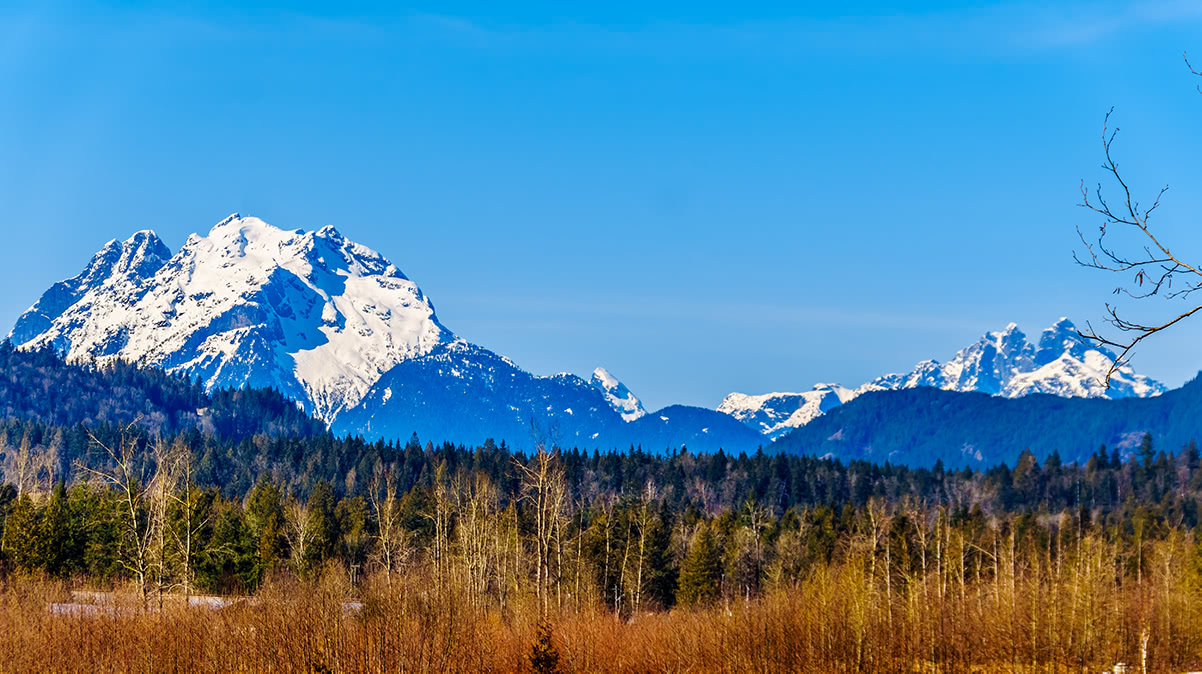 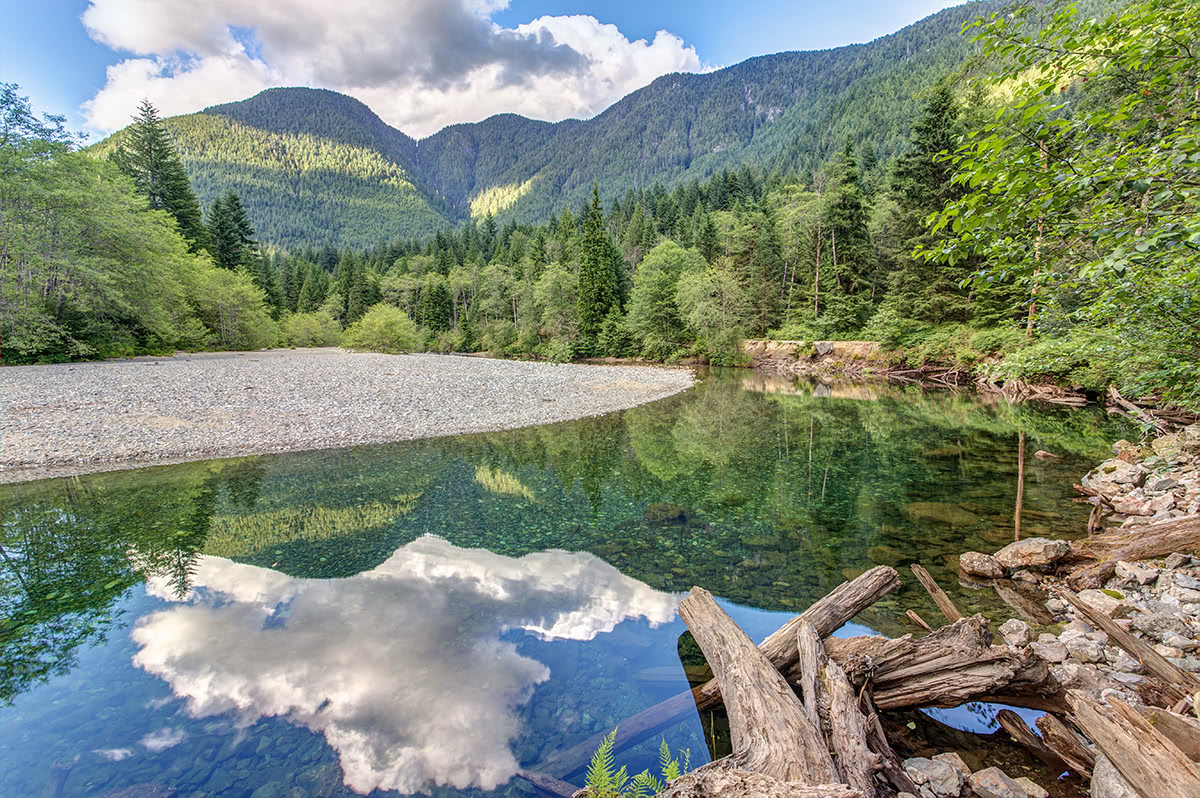 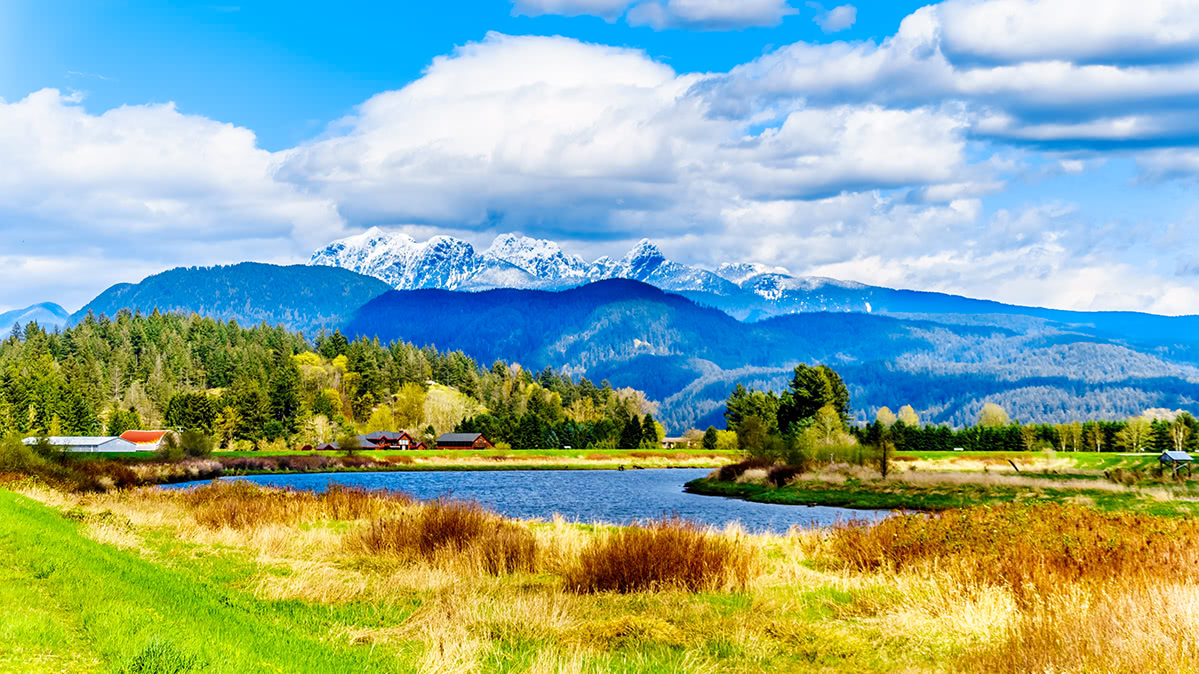 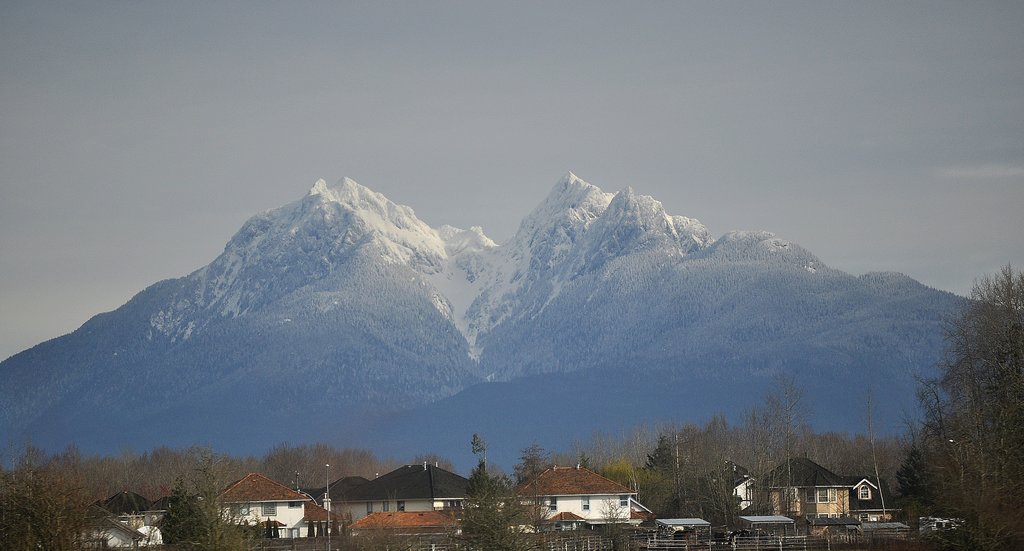 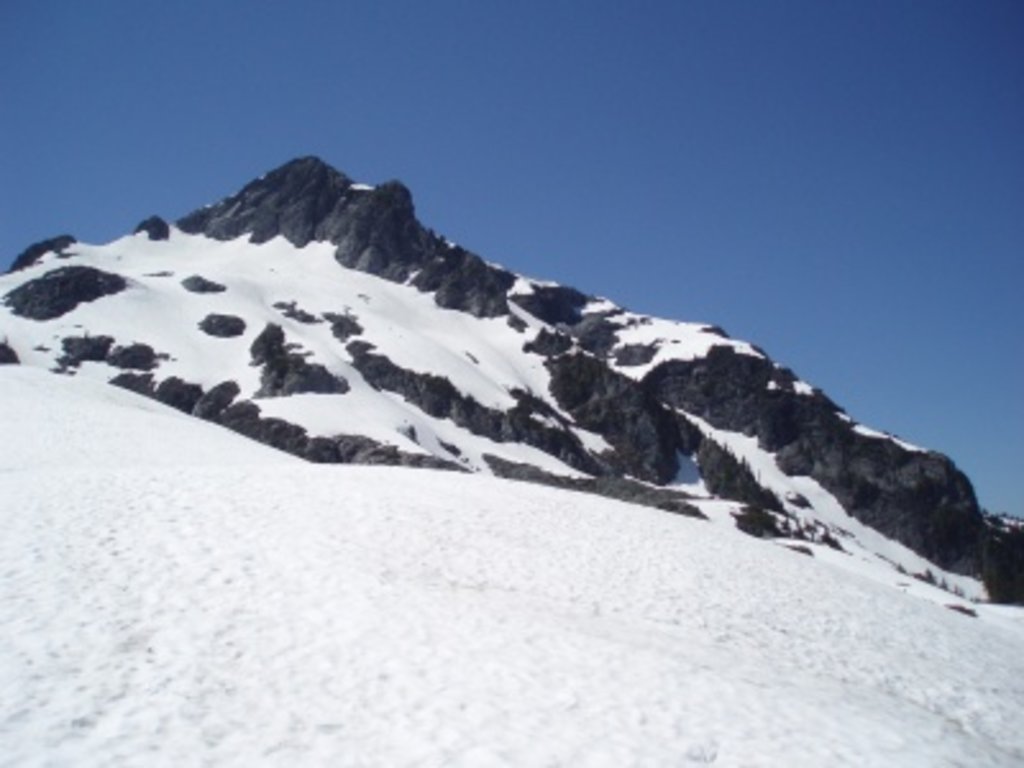 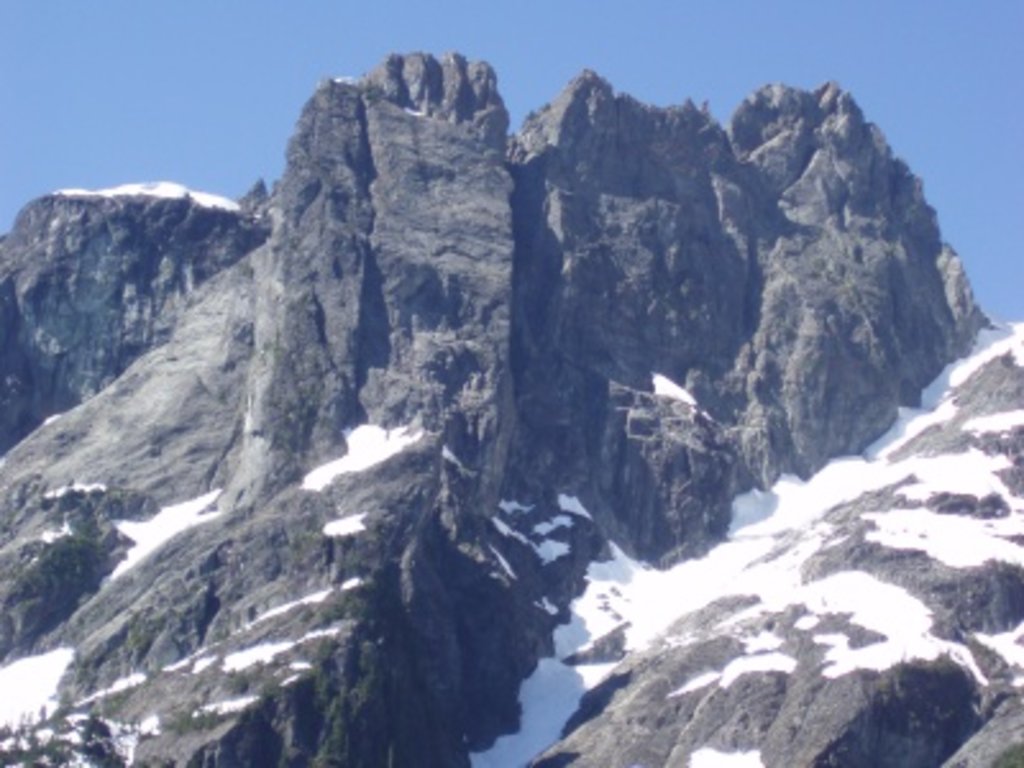