2 181 m
Elevation
Elevation is the altitude of a place
above sea level.

1 577 m
Prominence
Peak’s prominence is the least
vertical to be covered to get from the
summit to any other higher terrain.

Proportional Prominence 1 804 m
Ultra
Mountains with prominence of 1 ⁠500 ⁠m / 4 ⁠921 ⁠ft or more.
Volcano
Most commonly a conical hill or mountain built around a vent that connects with reservoirs of molten rock below the surface of the Earth.
Location
13.596346 N  -88.838 W
San Vicente (also known as Chichontepec or Las Chiches) is a stratovolcano in central El Salvador. It is located next to the town of San Vicente (hence the name) and is the second highest volcano in El Salvador. In the indigenous language Nahuat, Chichontepec means the mountain of the two breasts, because its double summit resembles a woman's bosom. The volcano has two craters, one located in each summit, although not exactly at the top. Dense vegetation covers both summits. Numerous hot springs and fumaroles are found on the northern and western flanks of the volcano. To the northeast, at 820 metres in a ravine of 180 metres longitude, there are fumaroles—fountains of clear and muddy water or small volcanoes of mud.

The last significant eruption occurred more than 1,700 years ago. The volcano may have had a very long history of repeated, and sometimes violent, eruptions, and at least once a large section of the volcano collapsed in a massive landslide. 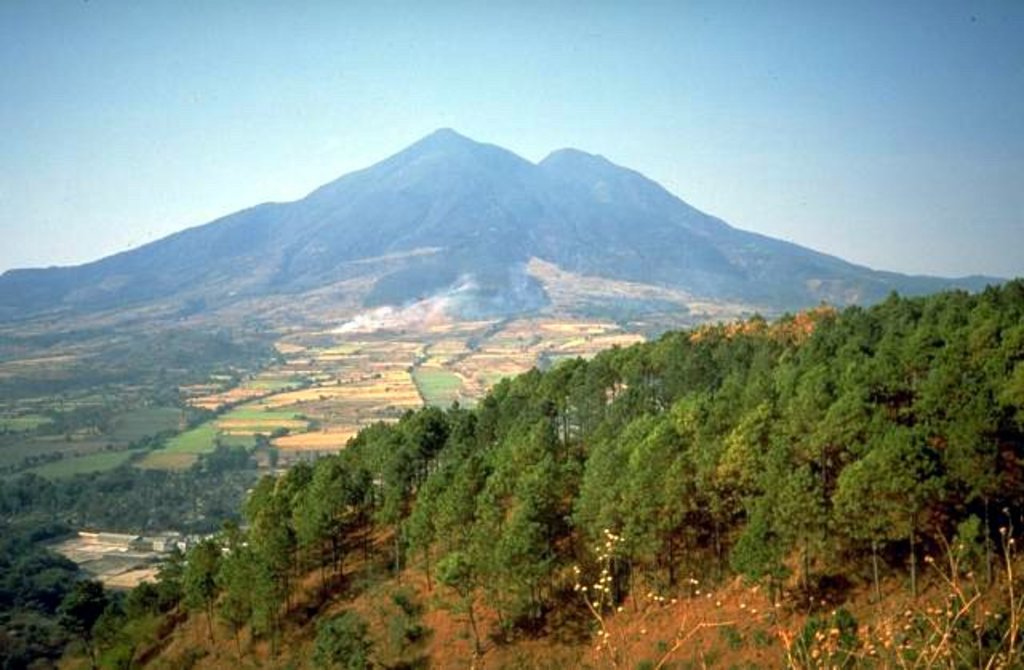