995 m
Elevation
Elevation is the altitude of a place
above sea level.

304 m
Prominence
Peak’s prominence is the least
vertical to be covered to get from the
summit to any other higher terrain. 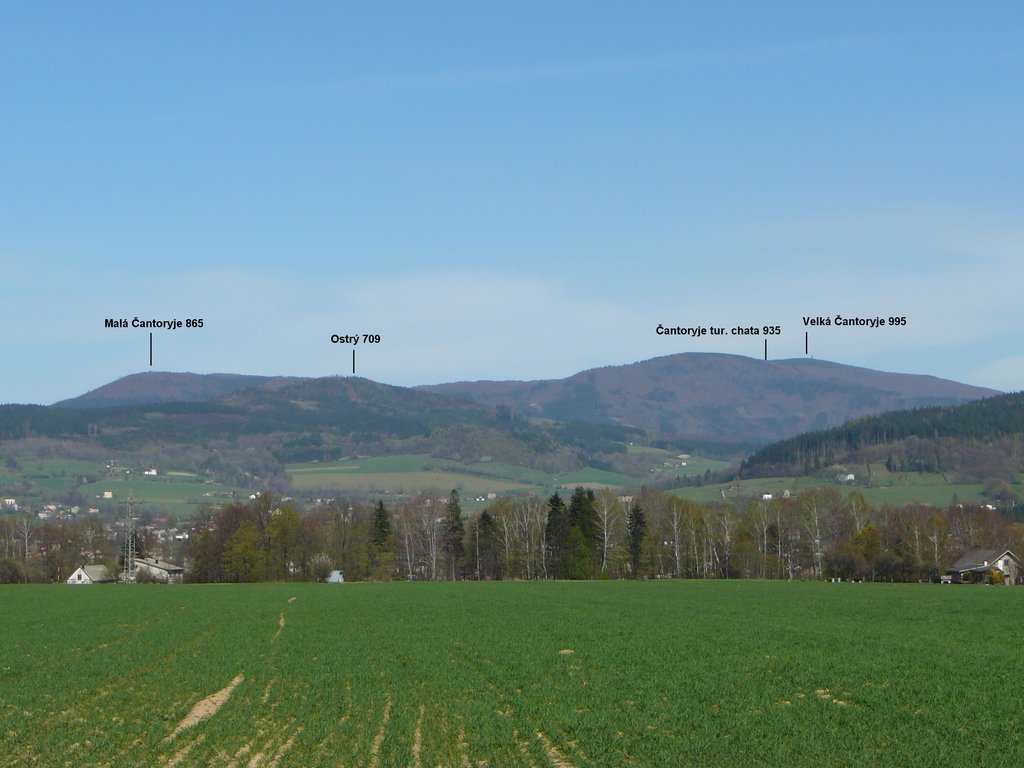 Czantoria Wielka or Wielka Czantoria (Czech: Velká Čantoryje) is a mountain on the border of Poland (Silesian Voivodeship, Cieszyn County) and the Czech Republic (Moravian-Silesian Region, Frýdek-Místek District), in the Silesian Beskids mountain range and historical region of Cieszyn Silesia. It reaches a height of 995 meters. Parts of the mountain on both sides are designated a protected area.

It is distinct for its steep slopes in the east and the west. Mostly coniferous trees grow on its slopes. It is the largest peak of the Czech part of the Silesian Beskids. There is a 29 m-high lookout tower on the mountain and mountain hut on the Czech side of the mountain.

The mountain hut was constructed in 1904 by the German tourist association Beskidenverein, and was named Erzherzogin Isabella Schutzhaus in honor of Archduchess Isabella of Austria. In 1920 the new border between the states of Poland and Czechoslovakia was established running across the mountain (thus creating Zaolzie region). After World War II and expropriation of German property, the hut was nationalized by the Czechoslovak government. A smaller mountain hut was built on the Polish side in 1962.

In 1965-1967 a chairlift was constructed on the Polish side, it has been renovated several times since. Reaching the mountain via chairlift takes roughly 6 minutes. The mountain can be hiked from both sides of the border, though the Polish side offers easier access to the summit from Ustroń. The Knight's hiking trail from the Czech side runs through the village of Nýdek (Nydek).
There's a hiking trail (T1) leading to the summit. Czantoria Wielka / Velká Čantoryje is one of the 155 peaks along the multi-day Main Trail of Beskidy.