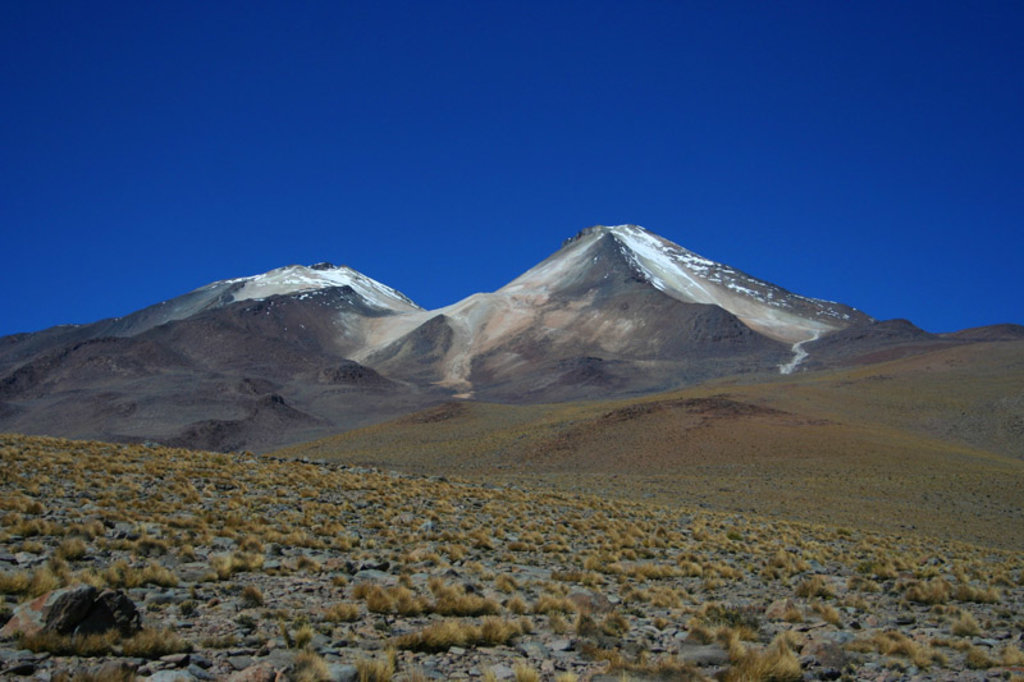 Add photo
6 008 m
Elevation
Elevation is the altitude of a place
above sea level.

1 386 m
Prominence
Peak’s prominence is the least
vertical to be covered to get from the
summit to any other higher terrain.

Proportional Prominence 4 586 m
Volcano
Most commonly a conical hill or mountain built around a vent that connects with reservoirs of molten rock below the surface of the Earth.
Location
-22.26457 S  -67.187134 W

Uturuncu is a dormant volcano in the Sur Lípez Province of Bolivia. It is 6,008 metres (19,711 ft) high, has two summit peaks, and consists of a complex of lava domes and lava flows with a total volume estimated to be 50–85 km3. It bears traces of a former glaciation, even though it does not currently carry glaciers. Volcanic activity took place during the Pleistocene epoch and the last eruption was 250,000 years ago; since then Uturuncu has not erupted but active fumaroles occur in the summit region, between the two summits.

The volcano rises within the Altiplano–Puna volcanic complex, a larger province of large volcanoes and calderas which over the last few million years (mya) have emplaced about 10000 km3 of ignimbrites in sometimes very large eruptions. Underneath it lies the so-called Altiplano–Puna magmatic body, a large sill formed by partially molten rocks.

Starting in 1992, satellite observations have indicated a large area of regional uplift centered on Uturuncu, which has been interpreted as an indication of large-scale magma intrusion under the volcano. This might be a prelude to large-scale volcanic activity, including "supervolcanic" activity and caldera formation.
There's a trail leading to the summit.